This briefing presents an overview of the key features of migration and asylum policy in France, recent trends in migration patterns, public perceptions and political narratives on refugees and other migrants:

This briefing is part of a wider project supported by the IKEA Foundation aimed at supporting public and private investors interested in engaging with migration and displacement.

Hearts and minds: how Europeans think and feel about immigration 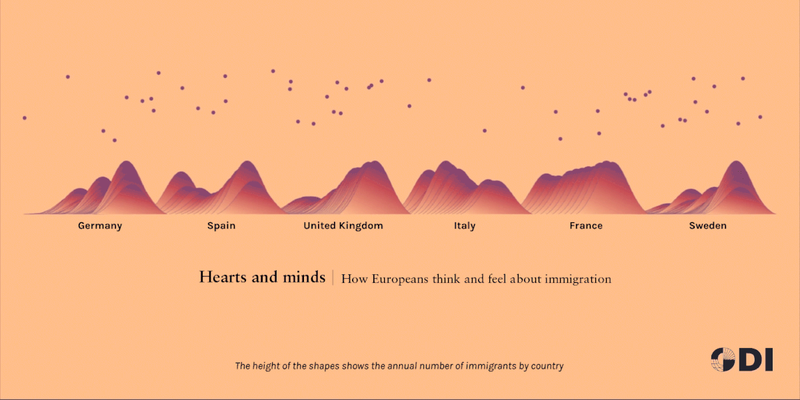 Explore our data visualisation, displaying migration trends, salience, perceptions and public attitudes from France: Hearts and minds: how Europeans think and feel about immigration which builds on this ongoing research, supported by the IKEA Foundation, analysing public and political narratives and attitudes towards refugees and other migrants in Europe.