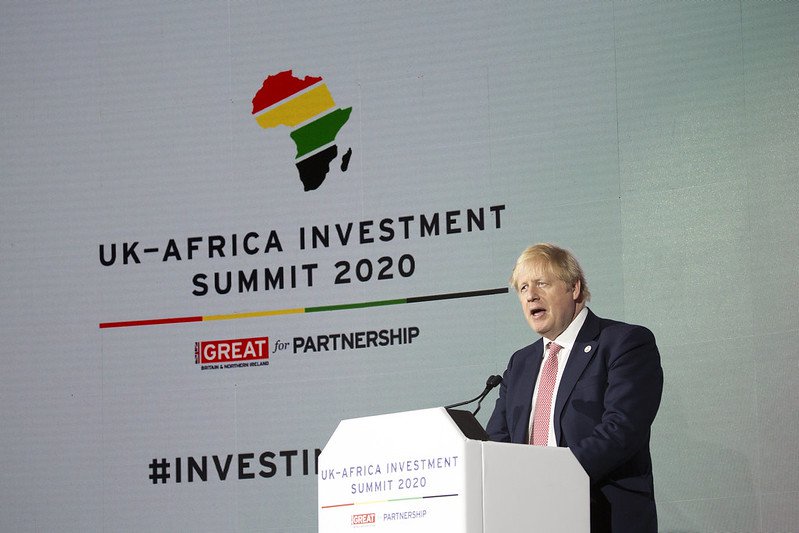 Today the House of Lords’ International Relations and Defence Committee has issued its first report of the current parliament, The UK and Sub-Saharan Africa: prosperity, peace and development co-operation. The report rightly argues that the UK should take a greater strategic interest in and seek a stronger partnership with Africa to support the delivery of the African Union’s (AU) strategy.

In fact, ODI’s written and oral evidence to the Committee argued that the government should consider building on the recent UK-Africa Investment Summit to lay the foundations for a new medium-term post-Brexit economic partnership, to diversify UK investment in Africa and increase trade by taking advantage of Africa’s integration.

Together with the All-Party Parliamentary Group (APPG) on Trade out of Poverty, we also suggested a UK-Africa Prosperity Commission is set up to inform these efforts as equal partners. The government must now take note of the House of Lords report, reset economic relations and publish an ambitious Africa strategy.

The Committee’s diagnosis on the state of UK-Africa economic relations is stark. It warns of a flatlining of the relationship between the UK and African countries between 2008-2018 in terms of trade and investment, at a time of growth in the continent and increased integration through the African Continental Free Trade Area (AfCFTA).

Reflecting insights from the APPG on Africa and ODI, it also presents the UK’s visa policy as a thorn damaging the relationship, but notes the good track record of UK aid for trade programmes such as TradeMark East Africa and aid to support industrialisation in Ethiopia. It finds that the AU is increasingly effective but argues that the UK’s “new strategic approach falls short” and is “confused and confusing”.

A re-cast is necessary

The Committee recommends that the government should publish a clearly articulated list of priorities for its engagement with Africa, and an action plan for meeting them. The plan could be used to measure the government’s success and periodically updated as circumstances change. Specifically, it recommends:

The aid and trade relationship is in need of an urgent reset. Countries across Africa not only face worse market access conditions in the UK post-Brexit (e.g. through preference erosion by moving to a new UK Most Favoured Nation (MFN) tariff), but they also face uncertainty and temporary freezes around Aid for Trade projects. The possibility of worse market access conditions in the UK when new trade continuity agreements will become operational on 1 January 2021, combined with the possibility of fewer Aid for Trade projects, would be a significant blow to UK-Africa relations.

Serious reform of the UK’s General System of Preferences that could perhaps deal with some of these issues seems a long way away. The government understands that importing can be helpful – as has been the case with essential goods during the Covid-19 crisis. But it is yet to articulate an import policy that considers the importance of facilitating access to cheap, reliable and sustainable supplies.

More investment is also needed for job creation in countries across Africa. To achieve this, we need to see more strategic ambition and detailed follow-ups from the UK after January’s successful UK-Africa Investment Summit. ODI has recently supported AfCFTA negotiators on investment and has examined UK-Africa investment relationships. A larger, countercyclical and more transformative CDC would also fit into this.

Alongside these, there are also a range of other common issues such as migration, security, digitalisation and climate change that the UK and African countries could work together on.

While it is argued that the upcoming merger between the Foreign and Commonwealth Office (FCO) and the Department For International Development (DFID) creates uncertainties around aid projects and distractions in terms of organisational capacities, it also offers opportunities to provide more coherent aid, trade and investment relationships between the UK and Africa, both regionally and with individual countries.

By building on the best parts of DFID’s Economic Development Strategy and obtaining structured advice from its partners through a joint Prosperity Commission, the UK government can chart a way forward and publish a new Africa strategy. It should start this well ahead of the end of the Brexit transition period on 1 January 2021. The UK’s Africa Minister James Duddridge recently committed to putting something in writing ahead of the Integrated Review on security, defence, foreign policy and development due in September 2020. That would be a start.