This is a crucial time for global climate action. World leaders must make evidence-informed policy decisions. Our cross-cutting work offers new research and analysis across finance, trade and adaptation. 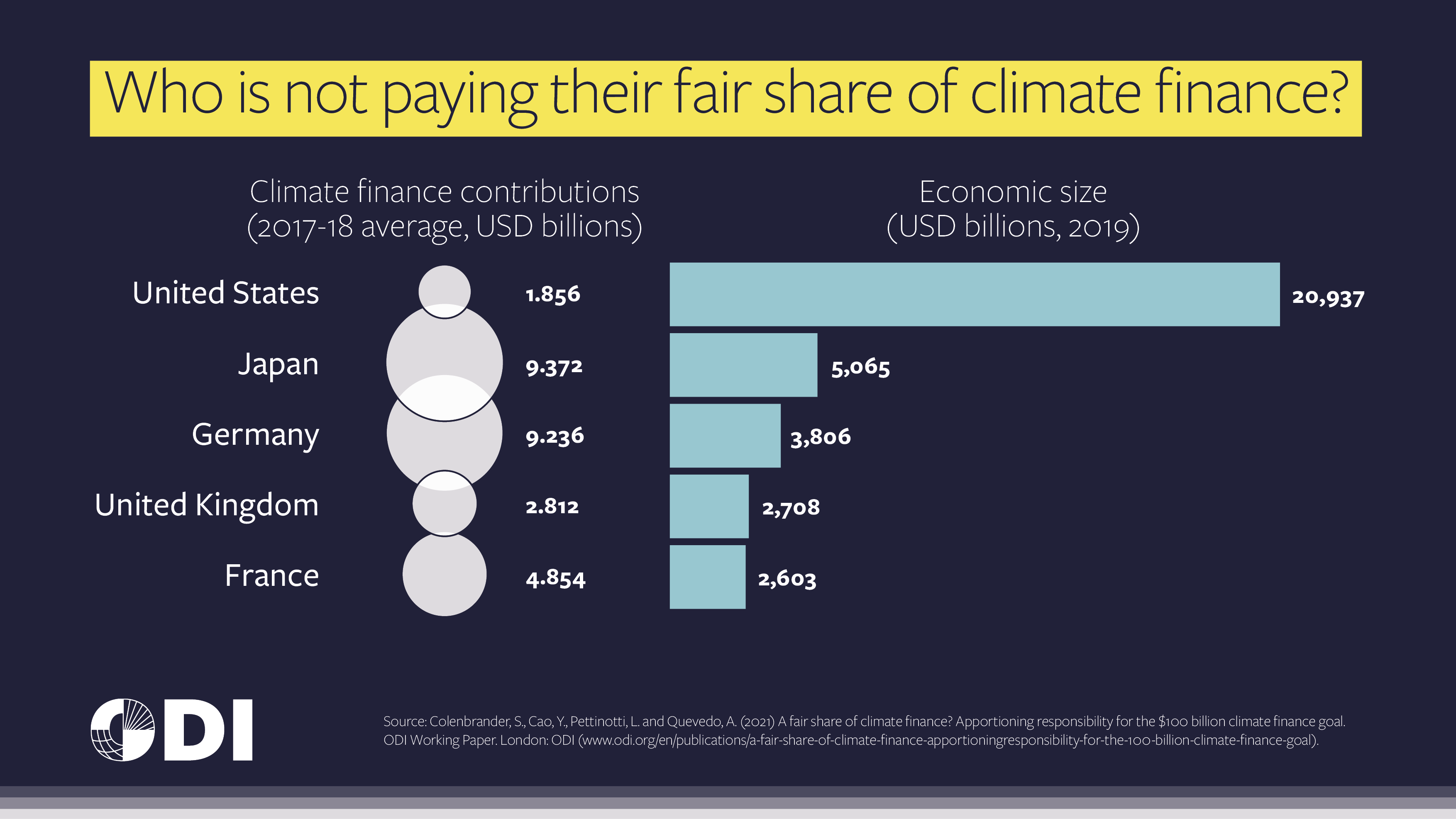 In Copenhagen in 2009, developed countries committed to jointly mobilise $100 billion a year by 2020 to address the needs of developing countries.

Wealthy countries missed this target in 2020 and look set to fall short again in 2021. Their failure to meet their climate finance commitments threatens to poison the forthcoming climate negotiations in Glasgow.

The climate accords rely on pledging and do not include any formulae for determining how responsibility for this target should be apportioned among developed countries. While this may have been a necessary political compromise in 2009, the lack of guidance makes it difficult to hold individual countries to account.

Of the 23 developed countries responsible for providing international climate finance, only Germany, Norway and Sweden have been paying their fair share of the annual $100 billion goal. All other countries are falling short.

Australia, Canada, Greece, New Zealand, Portugal and the United States (US) all contributed less than 20% of their fair share of international climate finance. The greatest shortfall in absolute terms is the US, which provides less funding than France, Germany, Japan or the United Kingdom – though its economy is larger than all of them combined.

This report is generously funded by the Zurich Flood Resilience Alliance, which helps people measure their resilience to floods and identify appropriate solutions before disaster strikes. The report complements At what cost? How chronic gaps in adaptation finance expose the world’s poorest people to climate chaos, funded and published by the Alliance in 2020.

The role of central banks in tackling climate change

Cleaning up their act? G7 fossil fuel investments in a time of green recovery