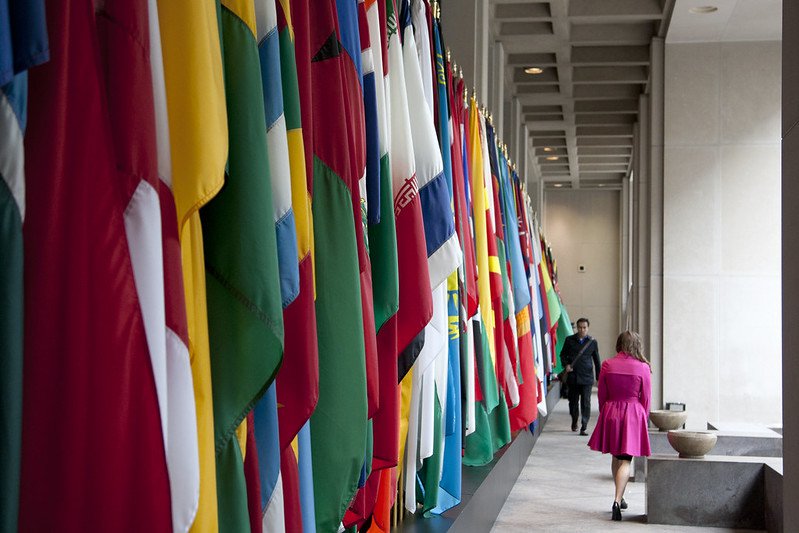 The major question facing policy-makers at the World Bank and International Monetary Fund’s (IMF) Annual Meetings this week will be how to support economic recovery. Until the Covid-19 pandemic is contained, there will continue to be great uncertainty about the future health of the global economy. We can however be certain that as the world emerges from the crisis, economies will be smaller, firms will have gone bankrupt and governments will be more indebted and collecting less revenues than before the crisis begun.

Despite these weaknesses, there is an expectation in the largest global markets that governments will make full use of fiscal policy to help economies quickly bounce back. For instance, the German government – not known for its fiscal proclivity – announced back in June a €130 billion stimulus package to support recovery.

By contrast, in lower income countries there is growing concern that as the pandemic subsides, governments will be obliged to make expenditure cuts in order to quickly settle loans accumulated to prop up economies in recent months. The most recent IMF Fiscal Monitor suggests that governments in lower income countries are already cutting back on investment as they seek to make ends meet during the crisis. There is a very real risk that growth rates could remain depressed for years to come. What then can policy-makers do to avoid this?

Covid-19 has exposed the deep inequalities that exist in societies.

‘While we are all floating on the same sea, it’s clear that some are in superyachts while others are clinging to drifting debris’ – António Gutteres, UN Secretary-General

It has also revealed major disparities in the power of nation states to protect those affected by crisis. Many governments in poorer countries have mounted public health responses that have effectively contained the spread of the virus. Yet economic policy-makers have been heavily constrained in efforts to protect firms and households from the fallout of a global economic crisis. As the IMF’s Managing Director Kristalina Georgieva put it last week, for advanced economies, the economic policy mantra has been ‘whatever it takes’; while poorer nations have had to strive for ‘whatever is possible’.

"Some were able to do more than others. For advanced economies, it is whatever it takes. Poorer nations strive for whatever is possible" – Kristalina Georgieva, IMF Managing Director

But it would be a mistake to conclude that the realms of what economic support might be possible are somehow fixed and impervious to policy decisions. The difference is that in the poorest countries, many of the most critical economic decisions are not taken by national central bankers or elected policy-makers. There are certainly measures that can be taken to better muddle through (as my colleagues argue in this new paper). But on the whole, governments are much more reliant on decisions taken elsewhere, and particularly the finance ministries and central bankers represented in the G20 meetings.

Earlier in the year, rarely a day went past without a new article written about how the G20 and international financial institutions could use their financial power to enable governments to protect their own populations from the fallout of the crisis. One popular idea was for the IMF to issue Special Drawing Rights (SDR) as a way of increasing foreign currency reserves around the globe. Proposals were also put forward for providing 'a comprehensive standstill’ on debt servicing, which would include private sector lenders.

There has however been a yawning gap between what has been proposed and what has actually transpired. The United States vetoed an increase in SDR allocations for fears of supporting Iran and Venezuela . At the G20 meeting in April, a suspension on debt servicing was agreed (for the 76 countries eligible to receive funding from the International Development Association) to help alleviate immediate pressures to repay debt until the pandemic receded. Although the G20 ‘strongly encouraged’ commercial creditors to participate, this has in fact been widely ignored.

The IMF has also managed to rapidly agree emergency financing programmes with 81 countries. However the scale of the programmes provided to date is certainly not exceptional (limited to 150% of country quotas), especially when compared to the IMF’s recent (mis)adventures in Greece (2,159% of its quota) and Argentina (1,110% of its quota).

The need for investment as well as a liquidity

Critically, most of the measures that have been agreed to date have focused on increasing liquidity. They have provided much needed hard currency that has helped governments and firms to meet external payment obligations. New research suggests that debt standstill has also helped to reduce borrowing costs.

Yet as the pandemic subsides, governments will be under pressure to quickly repay these loans even as their economies are greatly weakened. IMF emergency financing needs to be repaid within three to five years. The debt standstill is also just that – a stand-still – payment is being deferred not written off. Looking forward then, IMF forecasts are suggesting that space for domestically financed stimulus will be limited. Where then might investment for recovery come from?

Access to vaccines is one area where collective investment is urgently needed. Until the pandemic is brought under control, the global economy is unlikely to fully reopen. The recent announcement that China will join the COVAX initiative is really good news.

In coming weeks, our team at ODI will also be publishing a series of further pieces looking at some of the other options for supporting in-country investments in recovery. The instruments available are relatively well known: the multilateral development banking system, development finance institutions and subsidies for private investment, restructuring debt to free up fiscal space and not forgetting the provision of grants that continue to be a significant source for finance for the poorest countries.

Who is going to pay?

Running through all of these mechanisms is a need for richer country governments to commit funds that can be transferred and used to support recovery in other countries. There is no financial innovation that can conjure up investment without capital. The big question though is who is going to pay?

At the moment, the risk is that different actors engage in finger pointing. The President of the World Bank points at China. The Governor of the People’s Bank of China points at the US. Everybody points at private lenders (who seem happy to shrug and turn around). Lesser powers suggest that their hands are tied until after the US election. Meanwhile the most vulnerable countries risk losing out.

Yet it would be wrong to suggest that this is simply a failure of political elites. During the crisis we have seen that while governments have provided unprecedented fiscal support packages at home, financial commitments to provide assistance overseas have stood still, or in some cases even receded. The economic support packages provided to date have largely relied on existing commitments rather than new money being made available. In the UK, cutting back aid by 20% has proven to be politically palatable in a way that cutting back domestic social protection measures like free school meals was clearly not.

Investing in a global recovery is not just the responsibility of people speaking on their Zoom screens in this year’s Annual Meetings. It is also our burden to share.

This is first in a series of ODI blogs on the role of finance and fiscal policy in supporting the Covid-19 recovery. To receive updates on this series, please contact Mark Miller.