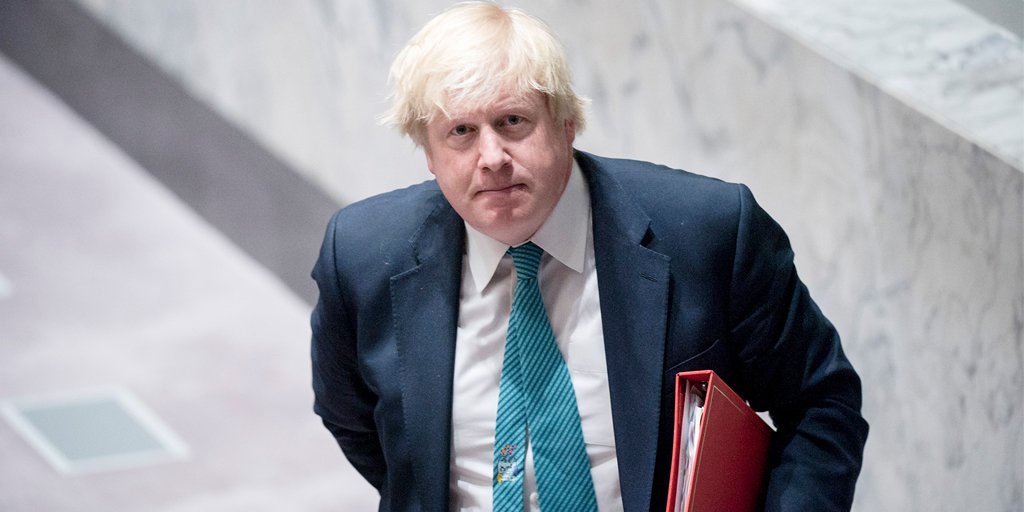 Congratulations on your election as Leader of the Conservative Party and becoming the new UK Prime Minister. You take office at a crucial moment for the UK and the world. Global challenges such as ending poverty and averting climate catastrophe will only be overcome through concerted collective action. Here’s ODI’s latest thinking on tackling some of the most pressing policy issues and how the UK can provide global leadership.

The climate crisis is more apparent than ever. Temperature records are being broken year after year and droughts and extreme weather events are becoming more common. This threatens development progress in low-income countries, where people are least able to respond. Our youth are taking to the streets, calling for drastic action. You must listen to them.

It is admirable that the UK has enshrined into law the target of zero net emissions by 2050. But the real test will be achieving this. Here are three things your government can do.

First, the UK must end tax breaks and fiscal concessions for oil and gas production, including in the North Sea. Failure to do so not only risks missing climate targets – it also makes no business sense as these assets are likely to become uneconomical and ‘stranded’ in the near future.

Second, emissions from transport, which account for a third of all emissions in the UK, have to be eliminated. The government must revise the current target of 100% of new cars being zero-emissions from 2040 to 2030 to achieve this.

Third, the UK should lead on reducing aircraft emissions, especially from international aviation, which is currently not covered by national targets. To that end, the UK must stop further airport expansion and support efforts to price flying so that it reflects its true climate and environmental costs.

Finally, as well as cutting emissions, the UK must lead efforts to support clean technologies and adapt to the impacts of climate change, including keeping to DFID’s announced intention to double spending on climate and the environment, and restoring spending on adaptation.

The UK has been a strong voice on climate action internationally. Under your leadership it is critical that this continues.

Debt levels are rising, and helping to prevent a potential debt crisis should be among the issues at the top of your list of priorities. Global debt is at a record high of 225% of gross domestic product, driven by rising private debt. Levels of government debt are also causing concern, particularly a rise since 2013 in the number of low-income countries that are in, or close to, debt distress.

The UK is a major player in the international institutions, including the World Bank and International Monetary Fund, that are among the major creditors. It is also home to a global financial centre that needs major reform to improve its lending practices, including cutting ties to tax havens. The UK has a clear role to play in promoting more transparent and responsible lending, and pushing for fairer and quicker ways of preventing and resolving debt crises.

ODI research has shown that the world is already off track to meet the Sustainable Development Goals (SDGs), with 400 million people expected to be living in extreme poverty by 2030 – and that’s in a good case scenario. A debt crisis – whether emerging in the private or public sector – would make achieving the SDGs even harder, and could see the world moving backwards. That’s why this should be one of your priority concerns.

Alina Rocha Menocal: stand up for the UK’s values and principles

You have been one of the main champions of the idea of a post-Brexit ‘Global Britain’ – a country ‘galvanised by new possibilities and … more engaged with the world than ever before’. The power and traction of that idea rest on the role the UK can play as a force for good in the world, on the basis of its values and history as one of the oldest and most established democracies in the world.

However, Brexit has brought about challenges in the way governance works – ranging from the politicisation of policy-making and disregard of evidence to violations of electoral law, the erosion of checks and balances and threats to undermine the sovereignty of parliament – that profoundly affect the quality of democratic principles and practices.

On the world stage too, Brexit has generated pressures and tensions that have made it much more difficult to stand up for democratic values and beliefs. This can be seen in the way the UK government has sought to manage its relationship with the Trump administration in light of efforts to negotiate a trade agreement with the United States.

The abstention of Conservative MEPs in an October 2018 vote on an EU arms embargo against Saudi Arabia following the killing of journalist and outspoken Saudi critic Jamal Khashoggi is a further illustration. The UK is one of Saudi Arabia’s key arms suppliers and a substantial source of trade revenue.

If the UK is to remain an influential and respected global leader, the government you now lead must do more to address the dilemmas and contradictions of Brexit. ‘Global Britain’ will be a hollow promise if it is not firmly anchored in the democratic values that the UK stands for in the world.

At least until recently, immigration dominated the political debate in the UK: it was the issue that swung the Brexit vote, and one Home Secretary after another has set unrealistic targets to reduce the number of migrants coming to the UK. Theresa May made the UK a ‘hostile environment’ for immigrants and put ending freedom of movement at the heart of her Brexit deal.

As Prime Minister, you have an opportunity to change this, not only because it is right and fair, but also because it is pragmatic and ultimately necessary to ensure that the UK remains a competitive global power.

First, you should make sure that the UK plays by the international rules when it comes to its responsibility to provide asylum, protection and life-enhancing opportunities for refugees. Because it is right and humane to do so.

Second, you should make sure that the forthcoming Immigration Bill and Rules are based on the actual needs of the British economy and reflect the diverse and welcoming nature of many communities in the UK. With Brexit looming, it would be a grave mistake to make this country less attractive to global talent. It is the UK economy, and crucially its people, that stand to lose from a restrictive immigration system.

Most importantly, you should put an end to ‘hostile environments’ for everyone, everywhere. This means changing the language around immigration, recognising once and for all that this country, ‘Global Britain,’ needs the contribution of migrants to thrive and to continue to lead on the global stage.

There are concrete measures you and your government can take to respond to unprecedented global humanitarian needs. Here are some priority areas for action.

With over 130 million people in more than 40 countries in need of some form of humanitarian assistance, there is a pressing need for the UK to increase its overseas aid budget, rather than slash it, as has been proposed. Current global funding for humanitarian aid covers just a quarter of the total $26 billion required. As a key donor, the UK has a global responsibility to help address this shortfall through its own resources, and by persuading its peers to increase their contributions too.

Achieving the SDGs needs a whole-of-government effort. But plans to subsume DFID under the Foreign and Commonwealth Office (FCO) must be cognisant of the risk that its considerable reputation and expertise as a stand-alone Department may be lost, and that the UK’s leadership in humanitarian policy and practice may be weakened.

Merging DFID with the FCO also risks politicising UK aid at a time when the fundamental principles of humanitarian assistance are increasingly under threat from efforts to criminalise humanitarian assistance by the US, UK and EU; policies that dismantle the fundamental right to asylum; and counter-terrorism policies which undermine aid operations in high-risk settings and impede financial access.

Read our statements on the appointments of Boris Johnson as the UK's new Prime Minister and Alok Sharma as DFID's new Secretary of State.