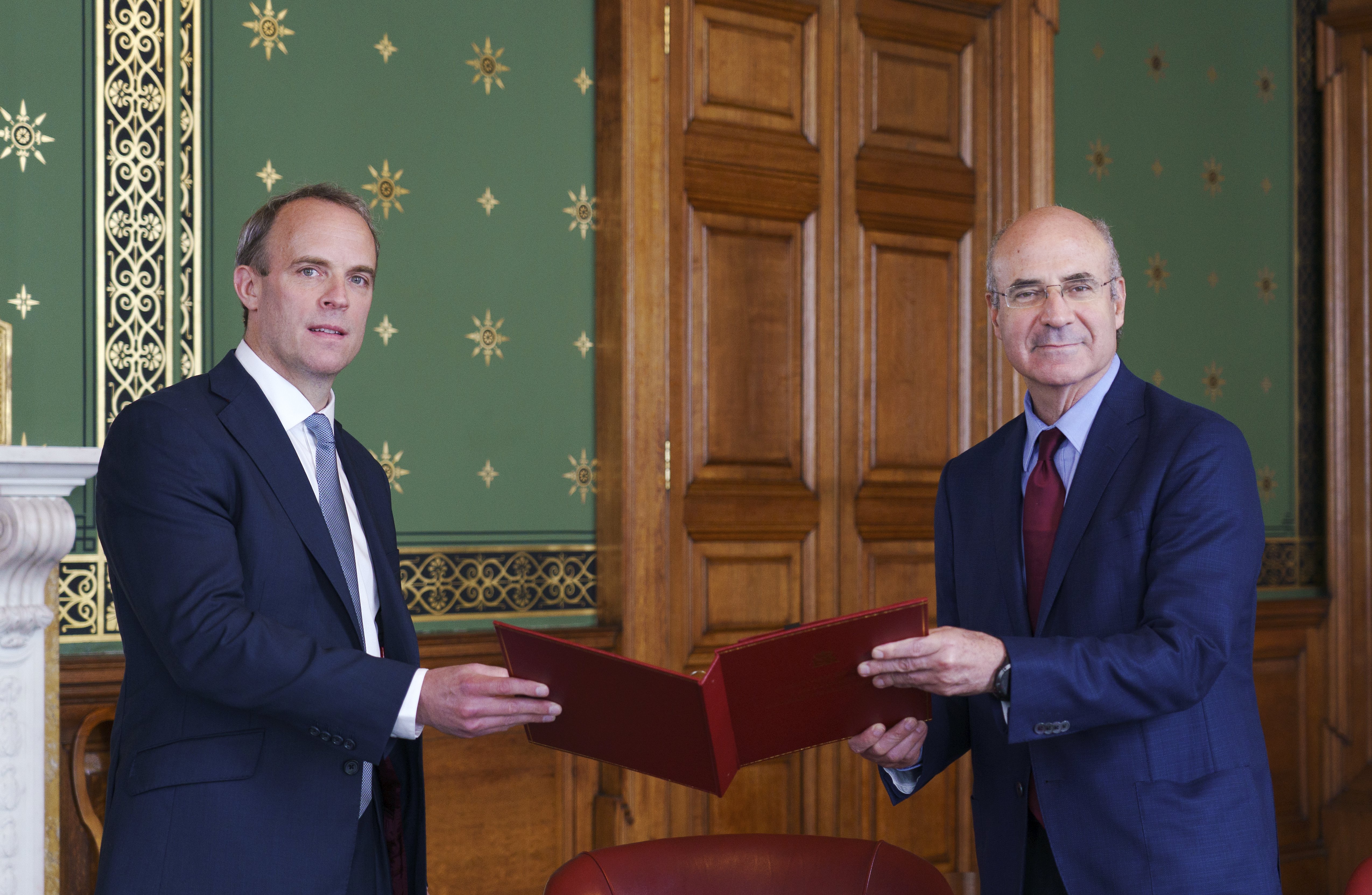 This blog is the first in a two-part series on the Foreign, Commonwealth and Development Office’s ‘open societies’ mission. Explore part-two by Alina Rocha Menocal.

The UK Foreign Secretary, Dominic Raab, wants an ‘open societies’ mission at the heart of the Foreign, Commonwealth and Development Office (FCDO).

In his view the newly merged department, combined with the UK’s upcoming presidency of the G7, provide a great opportunity to use the UK’s diplomacy and development power to ‘stand up for our values’ globally and be an ‘open society-promoting competitor to the propaganda efforts that other countries engage in’.

There are questions over the suitability of this as a guiding mission. Can outside actors actually effectively support sensitive political transitions? And does the FCDO have the appetite and capacity to engage with the messy complexities of such processes of change?

Nonetheless, promoting open societies is likely to remain at the core of the FCDO’s mandate. So, as it develops its strategy, the FCDO must incorporate considerations of integrity, realism, heterogeneity and organisational incentives if it is to be successful.

To begin with, establishing what 'British values’ the FCDO aims to promote globally is not a straightforward task.

The English syllabus teaches children that British values include democracy, individual liberty, rule of law, and toleration for the faiths and beliefs of others — a list that many, though by no means all, people around the world would commend. The Foreign Secretary’s list of ‘guiding lights’ also adds, somewhat controversially, free trade.

These values are not uniquely British. They are already enshrined in a variety of international charters and declarations. But how global standards are interpreted and operationalised is not universal. The way they play out in practice in different contexts is contested and changeable.

Promoting these values will require engaging with how they translate in different contexts, to reflect, adapt to, or contest local power dynamics.

Holding up a mirror

One imagines that the FCDO’s attempts to promote an 'open society' or 'Global Britain' strategy would be strengthened if the UK government were itself flawlessly modelling these values on the domestic and international stage.

While in many instances Britain can be seen to be walking the walk, high-profile slippages such as the prorogation of Parliament, resumption of arms sales to Saudi Arabia and stated intention to break international law over Brexit tarnish its image, making it harder to exercise the kind of soft power Mr. Raab desires. And last week’s decision to cut the official development assistance budget invites questions about the government’s commitment to a development agenda, beyond primarily promoting British interests abroad.

The first priority of the FCDO’s strategy should be to ensure the UK lives up to its values domestically and in its relations with other countries, if it wishes to have its efforts taken seriously.

Acknowledging different (and historical) routes to development and open societies

David Cameron spoke of a 'golden thread' that tied together democratic societies, good governance and economic and social development. As neat as this assertion is, it doesn't fit the majority of historical evidence. Owen Barder describes the golden thread as a little too convenient, and Graham Teskey as erroneous then and erroneous now.

This is not to downplay the intrinsic value of more transparent, free and open states and societies. But when it comes to the internal affairs of other countries, we should acknowledge that there may be different development paths. The road to democracy and rule of law can be long and is certainly non-linear.

To accept that not all good things go together means that the FCDO needs to understand the context-specific facilitators of progress on different aspects of political and economic development, and make informed choices about priorities on this basis. There is good precedent for this in the Stabilisation Unit strategy's discussion of the trade-offs involved in securing peace, and DFID’s work on the politics of development.

An open societies strategy also needs to be realistic about what British aid and diplomacy can achieve.

There can be a tendency to be over-ambitious with menus of change. A review of donor democracy support efforts (PDF) by Marta Foresti and Dan Harris concludes that donors need to be more realistic about their influence in what are ‘essentially domestically driven political processes.'

If the FCDO is to see progress, it will be through supporting these ongoing domestic change processes, not attempting to impose outside ideals of what open societies should look like, poorly fit to local realities.

This requires acknowledging and acting on the deeply political nature of the work of building open societies. A successful strategy will be grounded in identifying support among elites and/or marginalised groups within other countries for these values, and working in politically savvy ways to encourage them — not just providing technical electoral assistance.

It also entails focusing on the informal structures, relationships and interests that determine how democracy and rule of law actually function in practice, while always being mindful of the difficulties of bringing about real change and the potential for harm.

Alina Rocha Menocal will explore this further in part two of this blog series next week.

Building an organisation fit for purpose

Achieving all of the above implies a different way of working than traditional development programming. The FCDO merger will need to build on its wealth of knowledge on how to ‘think and work politically’, and structure itself so that it supports and incentivises these ways of working.

The merger provides an opportunity to build such an organisation, but also a risk that progress within DFID is reversed.

Global evidence suggests that a decentralised organised structure is particularly important in enabling adaptation. The FCDO needs to remain an organisation that prioritises politically skilled and experienced local staff, and deep understanding of the political dynamics in the countries where it works.

The recent announcement that the FCDO will become a ‘reserved’ department not recruiting foreign nationals sends counter-productive signals. Where promising results have been seen in promoting inclusive governance, this has come from working with well-known and highly respected local organisations and leaders that have been working on building open societies for some time.