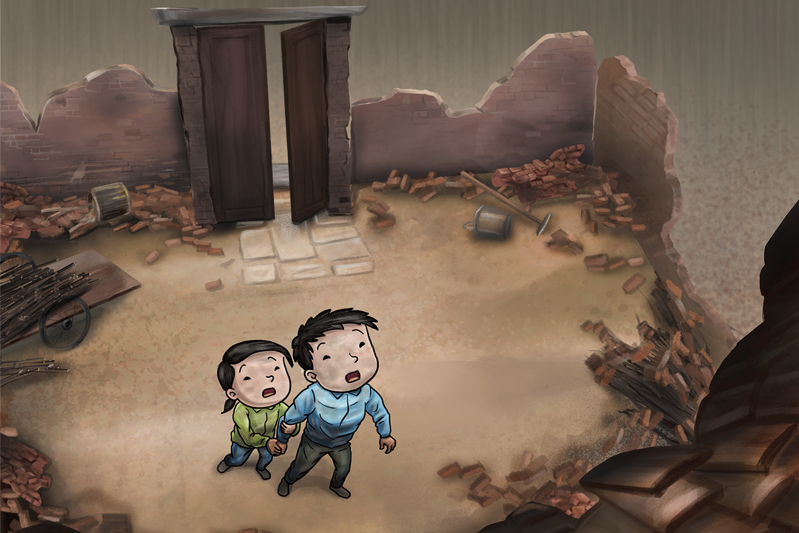 Our experience of implementing a first-of-its-kind earthquake resilience scenario in China shows that the arts can turn scientific evidence and practical knowledge into compelling messages that connect with people, change attitudes and inspire action to reduce the risk of disasters.

Siloed, top-down approaches are a common problem in disaster risk reduction (DRR) governance in many countries. In China’s case, this has resulted in a DRR system that is effective in responding to disasters and supporting recovery, but weaker at mitigating their risks.

Our PAGER-O project tested an innovative earthquake resilience scenario which brought together a range of expert disciplines (physical sciences, engineering, social sciences and the arts), giving equal emphasis to each. It engaged national and local decision-makers and stakeholders in a participatory way, breaking away from siloed approaches to mitigate the risks of earthquakes.

The scenario explored the consequences of a future, hypothetical earthquake in the city of Weinan in Shaanxi Province. We chose a scenario approach to help stakeholders and decision-makers envisage the reality of the situation and convince them of the need to act.

The results of the experiment have exceeded our expectations and revealed the power of the arts to shape technical information into formats that resonate with people’s emotions, change attitudes and inspire action.

The power of storytelling

We used storytelling and illustrations to consolidate the scientific and practical knowledge developed during the project into two versions of a fictional narrative – one targeting policy-makers in local agencies and the other for the general public. The story follows the experiences of a rural family during the earthquake and its aftermath.

For the version for policy-makers, we interspersed the family story with technical details in boxes, maps and graphics to help local officials visualise building damage and casualties, as well as the interdependent impacts on infrastructure and Weinan’s economy, with a view to improving DRR policy and practice.

For the version produced for the general public, we adapted the story into a graphic novel and removed overly technical information, while adding practical earthquake preparedness tips for local families. We also modelled how the attitudes of the characters in the novel changed, from indifference to earthquake risks to the active adoption of safety measures such as earthquake-resistant housing, as a way to motivate readers to make themselves safer from earthquakes. 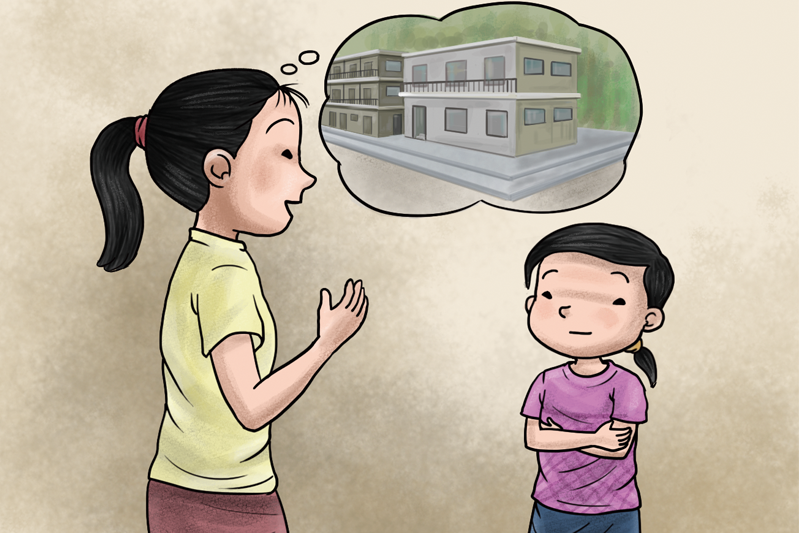 Feedback has been positive. National and local policy-makers and practitioners, the expert community, civil society and project stakeholders all appreciated the combination of and balance between the sciences (physical and social) and the arts.

The approach worked well because the research underpinning the narratives was solid and credible, and the narratives in turn amplified the reach of that knowledge by presenting it in an accessible format that resonated with people. Ultimately, the result has been greater than the sum of its parts.

For those interested in understanding more, we have documented the process, findings and learning from the application of the PAGER-O approach in the International Journal of Disaster Risk Reduction.

While it’s too early to judge the long-term impact of PAGER-O, there is already some evidence of uptake:

This experience in China has given us confidence that a participatory scenario approach that makes strong use of the arts to communicate scientific findings and encourage action could be applied more widely in other countries with similar socio-political contexts, to improve DRR and increase resilience.