All countries not in the throes of widespread civil war or conflict have a political settlement – that is, an explicit or implicit agreement among powerful groups about the rules of the political game, the organisation of power and who benefits therefrom. These agreements place powerful constraints on what it is possible to do in terms of development, and academics and donors are increasingly using political settlements analysis to understand country development trajectories and inform development programming.

This paper builds on previous work by political settlements analysts to trial an improved definition of what a political settlement is and to derive from it a new typology. The typology categorises countries according to whether the ‘social foundation’ on which the settlement rests is broad and deep or narrow and shallow, and whether the ‘power configuration’ it creates is concentrated or dispersed.

Combining these dimensions creates a 2x2 matrix, with four different political settlement types: ‘broad-dispersed’, ‘broad-concentrated’, ‘narrow-dispersed’ and ‘narrow-concentrated’. The resulting types can be used by international donors or domestic reformers in different country contexts to provide some basic principles for deciding where to focus their energies. 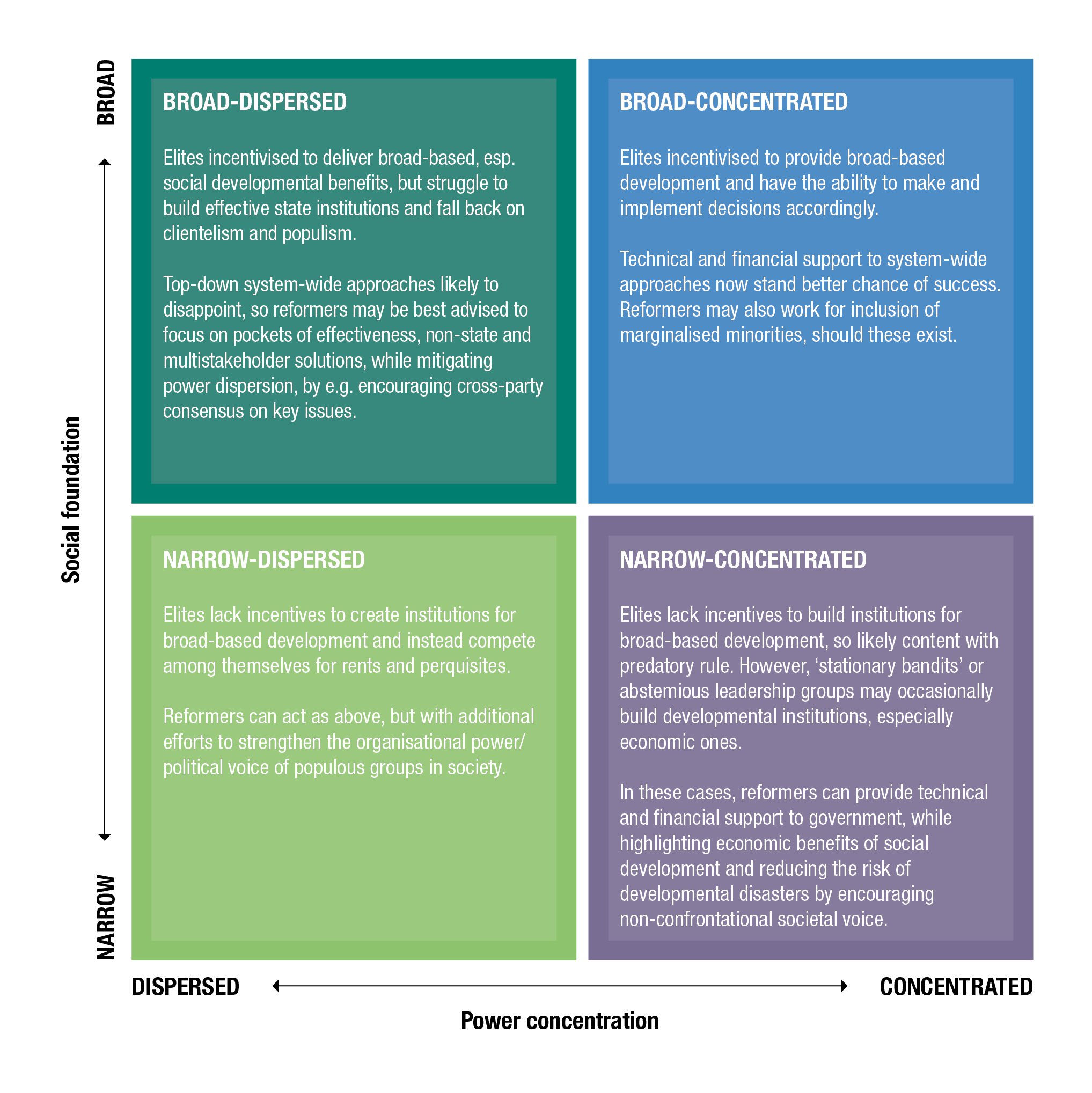