The rallying cry of the Sustainable Development Goals is to ‘leave no one behind’ by 2030 – and to reach those who are furthest behind first.

Around the world, amid widespread progress, many people remain marginalised and extremely poor. This may be due to where they live, or aspects of who they are – such as whether they have a disability, what their migratory status is, or their age, race, ethnicity or gender. These inequalities can be overlooked when progress is measured in averages across the whole population, as was the case with the Millennium Development Goals (MDGs). Entire countries can also be left behind, particularly those facing obstacles such as land-locked status, climate stress or a history of conflict and fragility.

Understanding where there are gaps, and taking early and sustained action to address them is critical if we are to translate this ambitious ‘leave no one behind’ commitment into action.

Here are 10 things to know about realising the ‘leave no one behind’ vision by 2030. 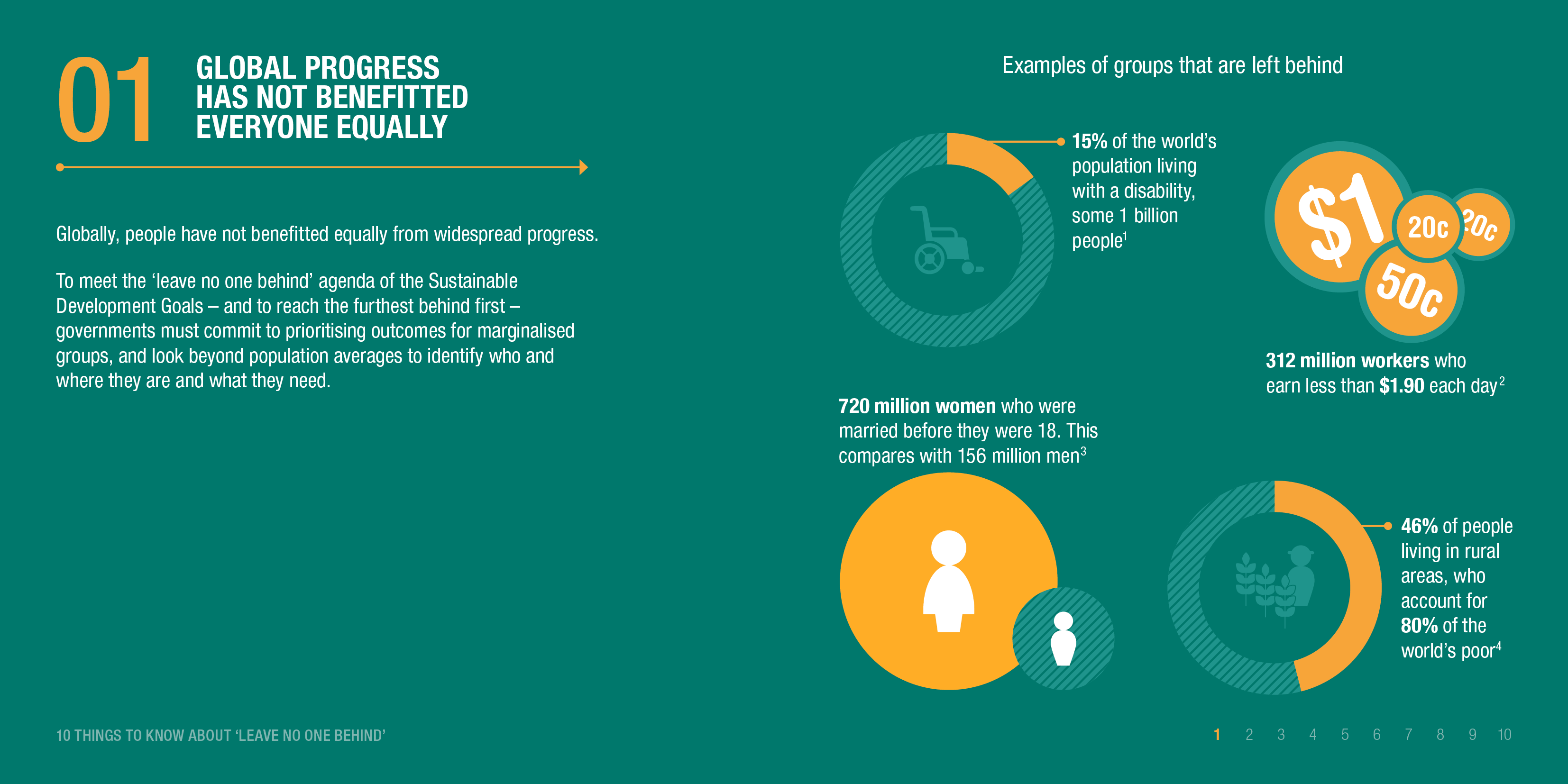 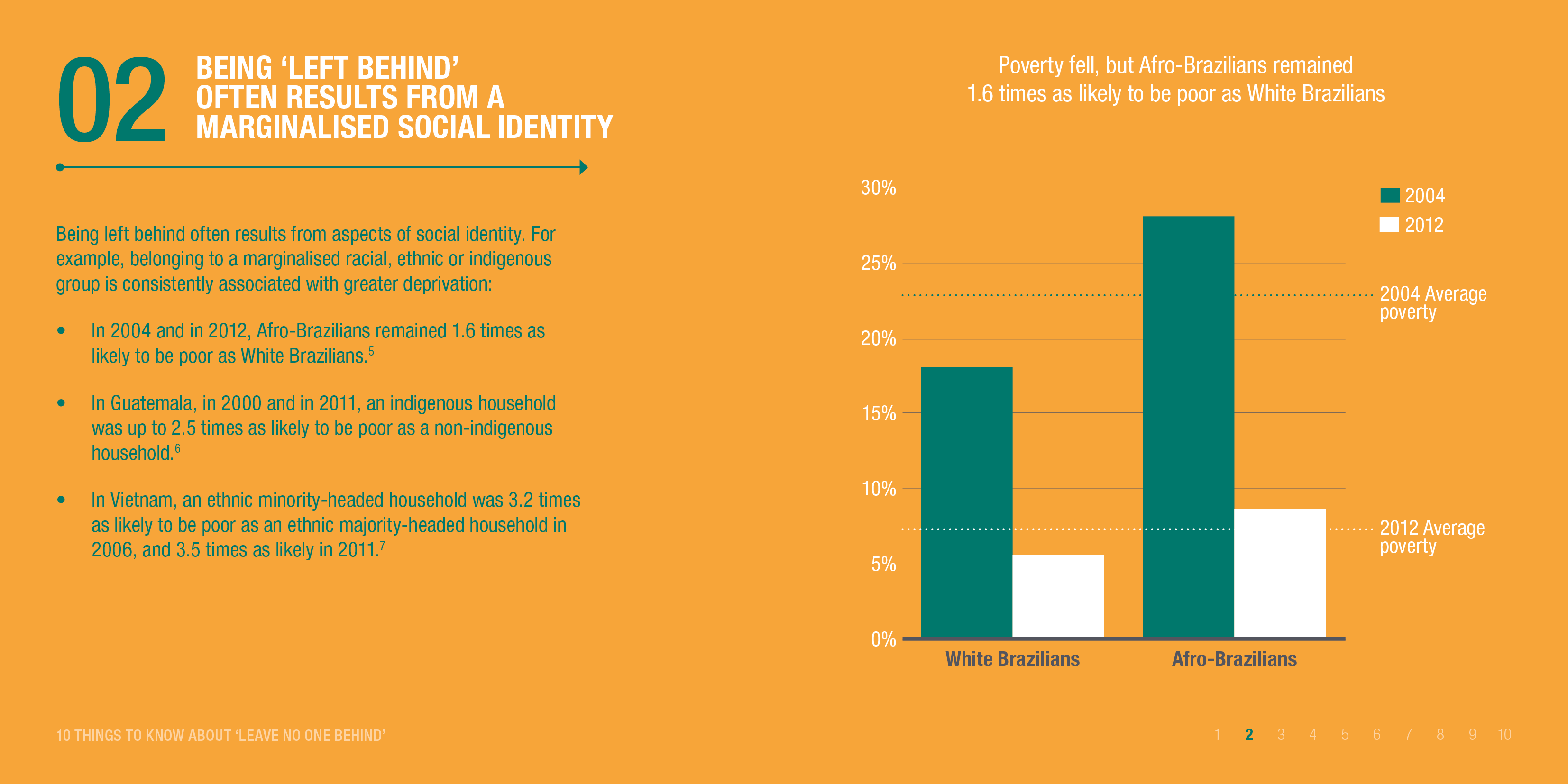 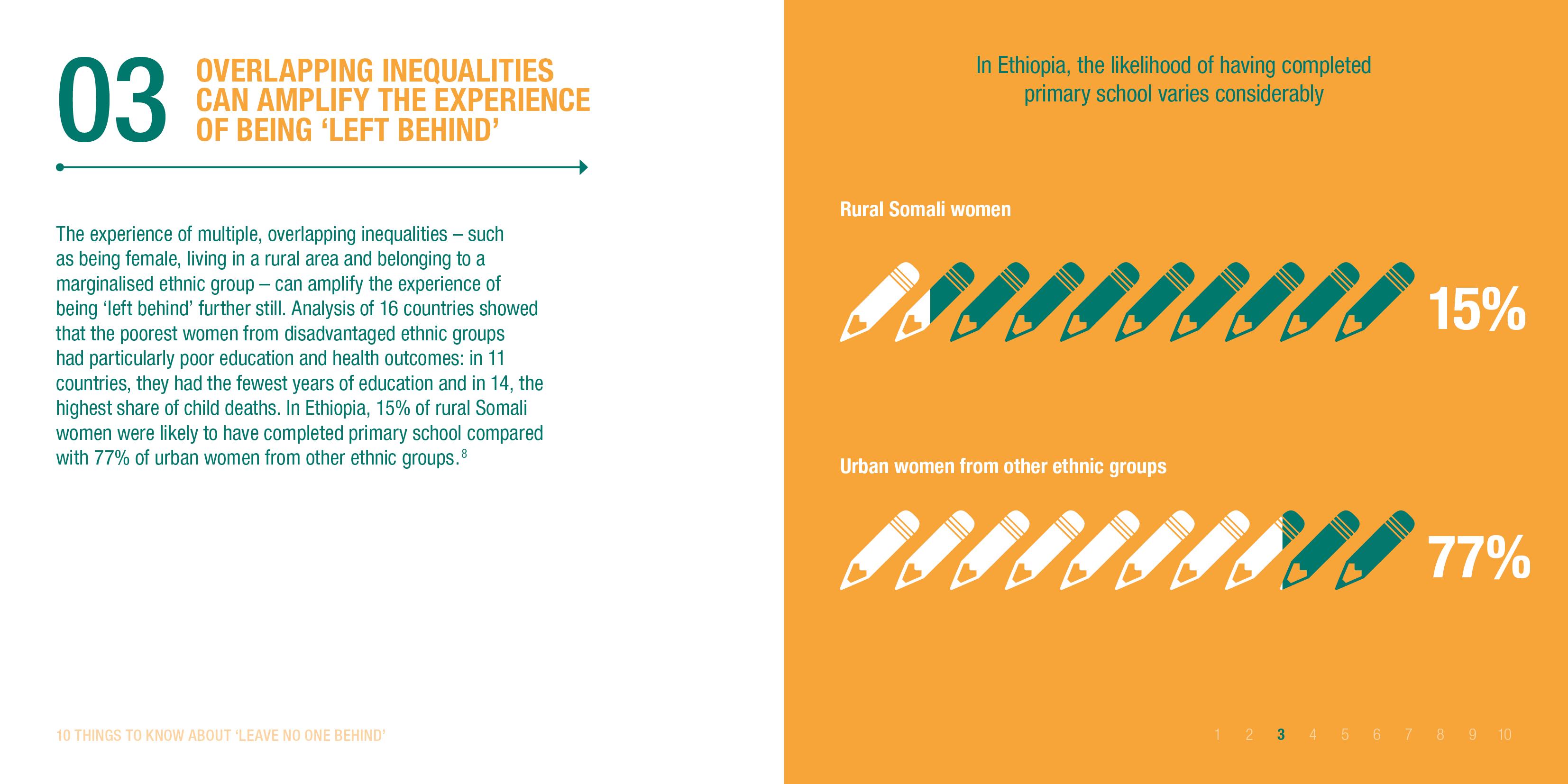 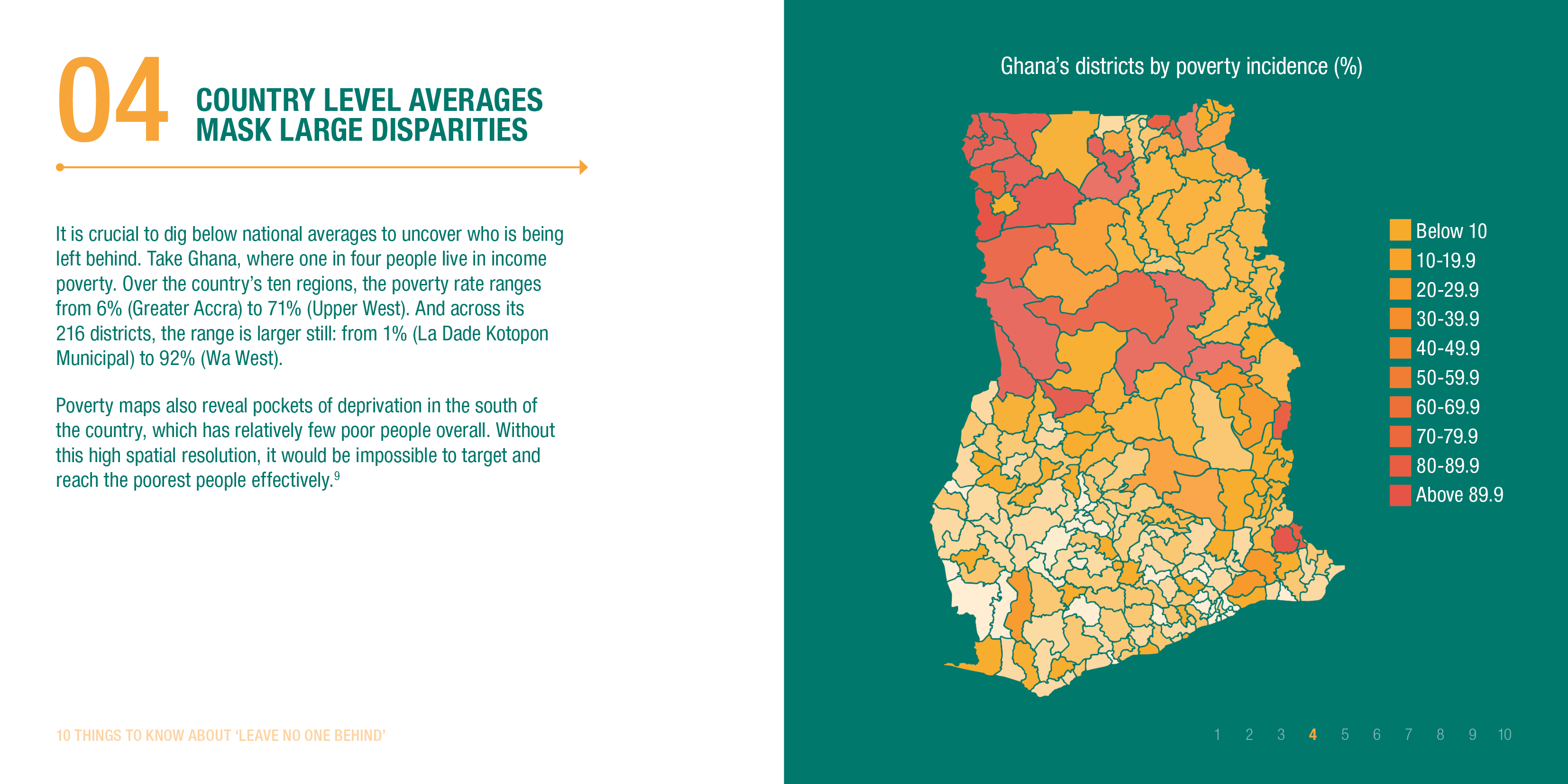 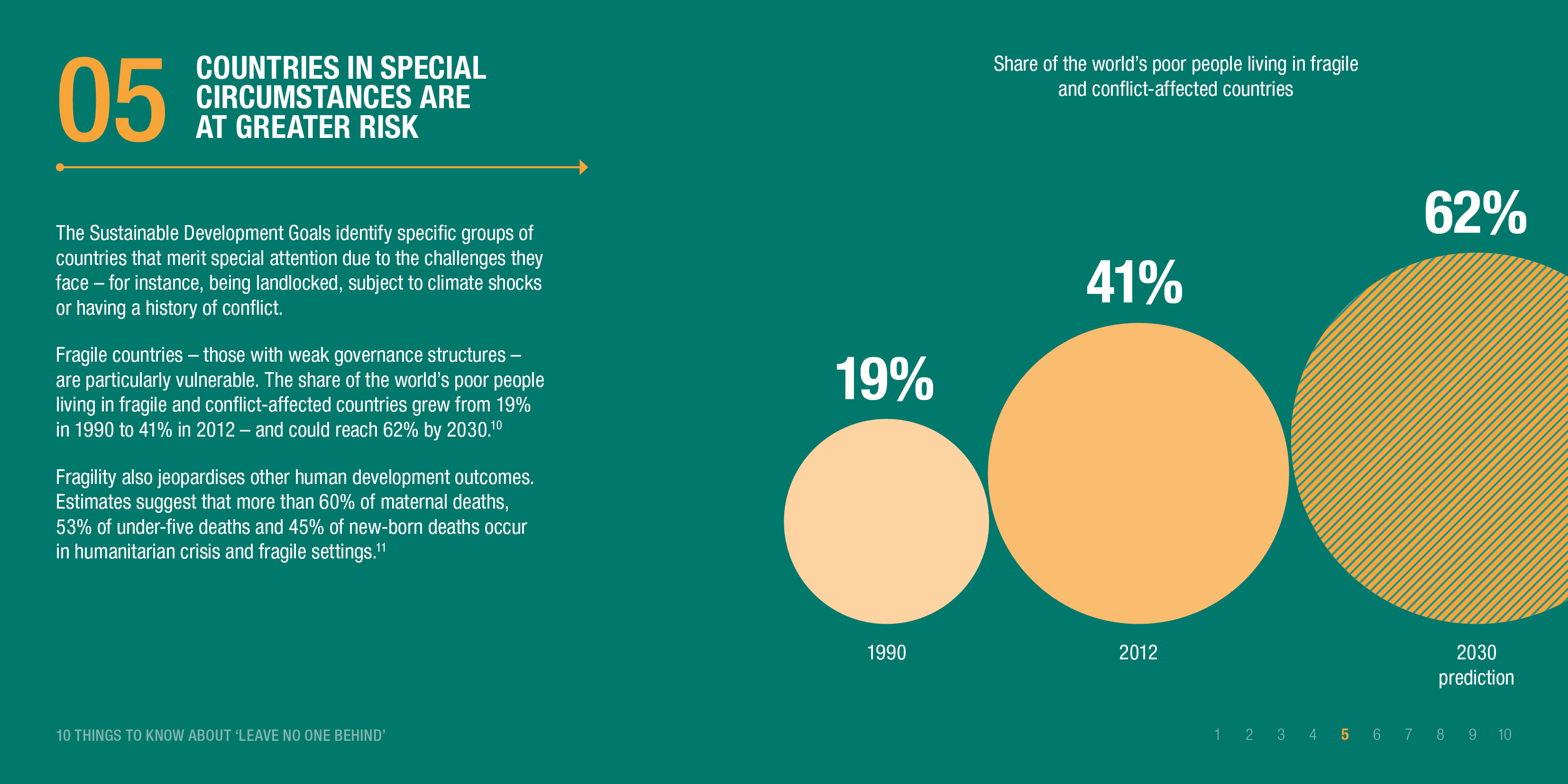 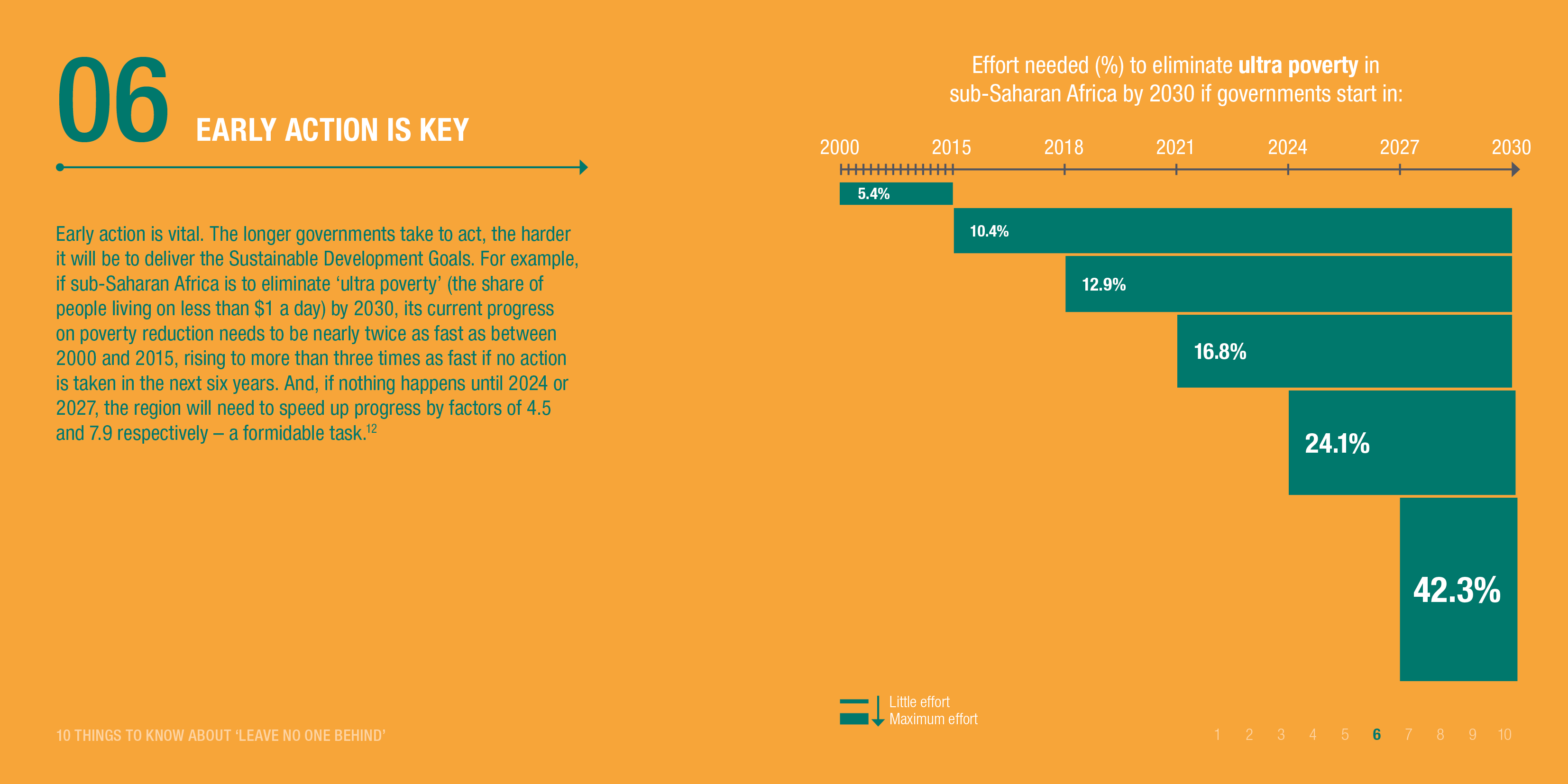 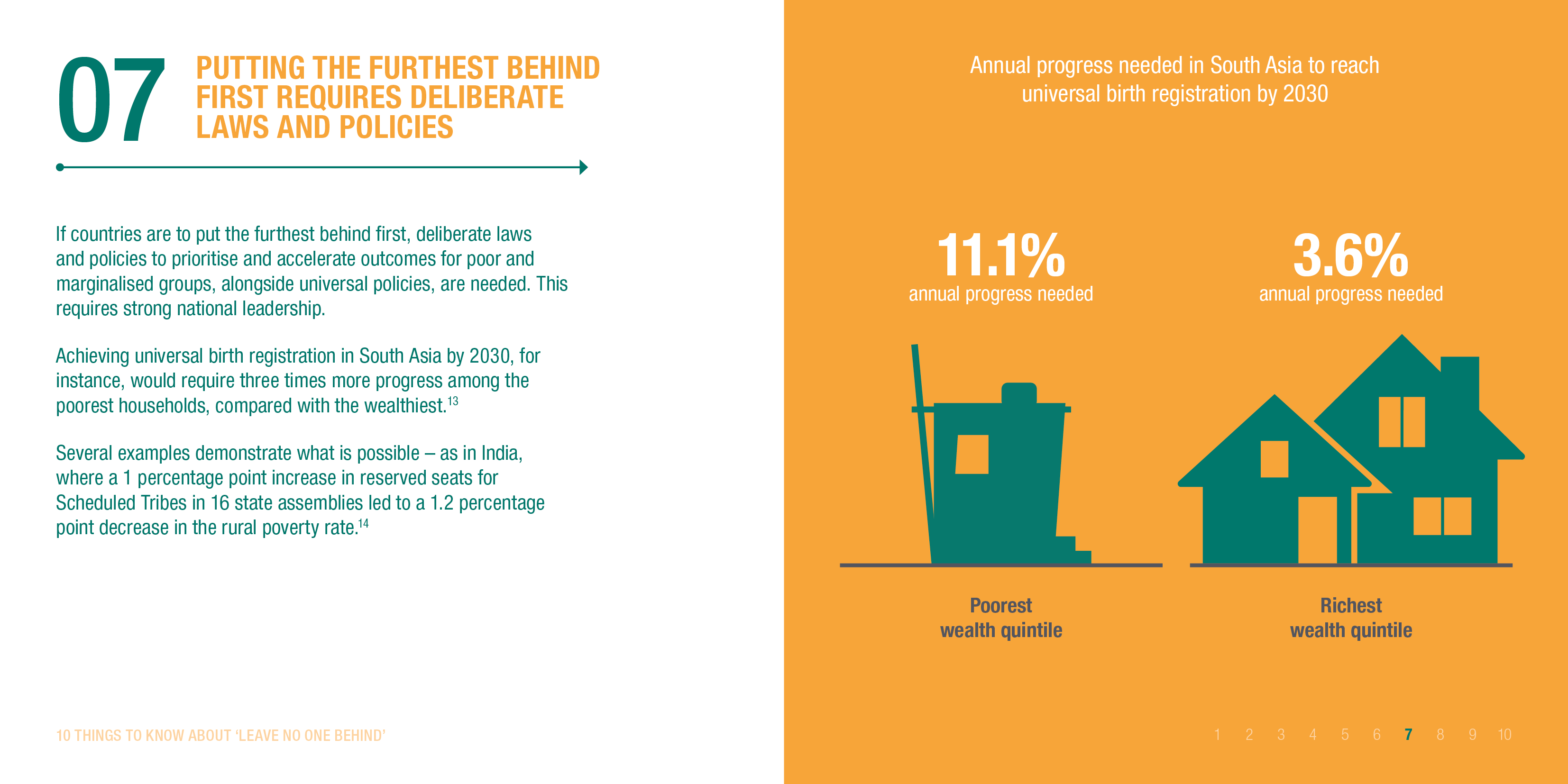 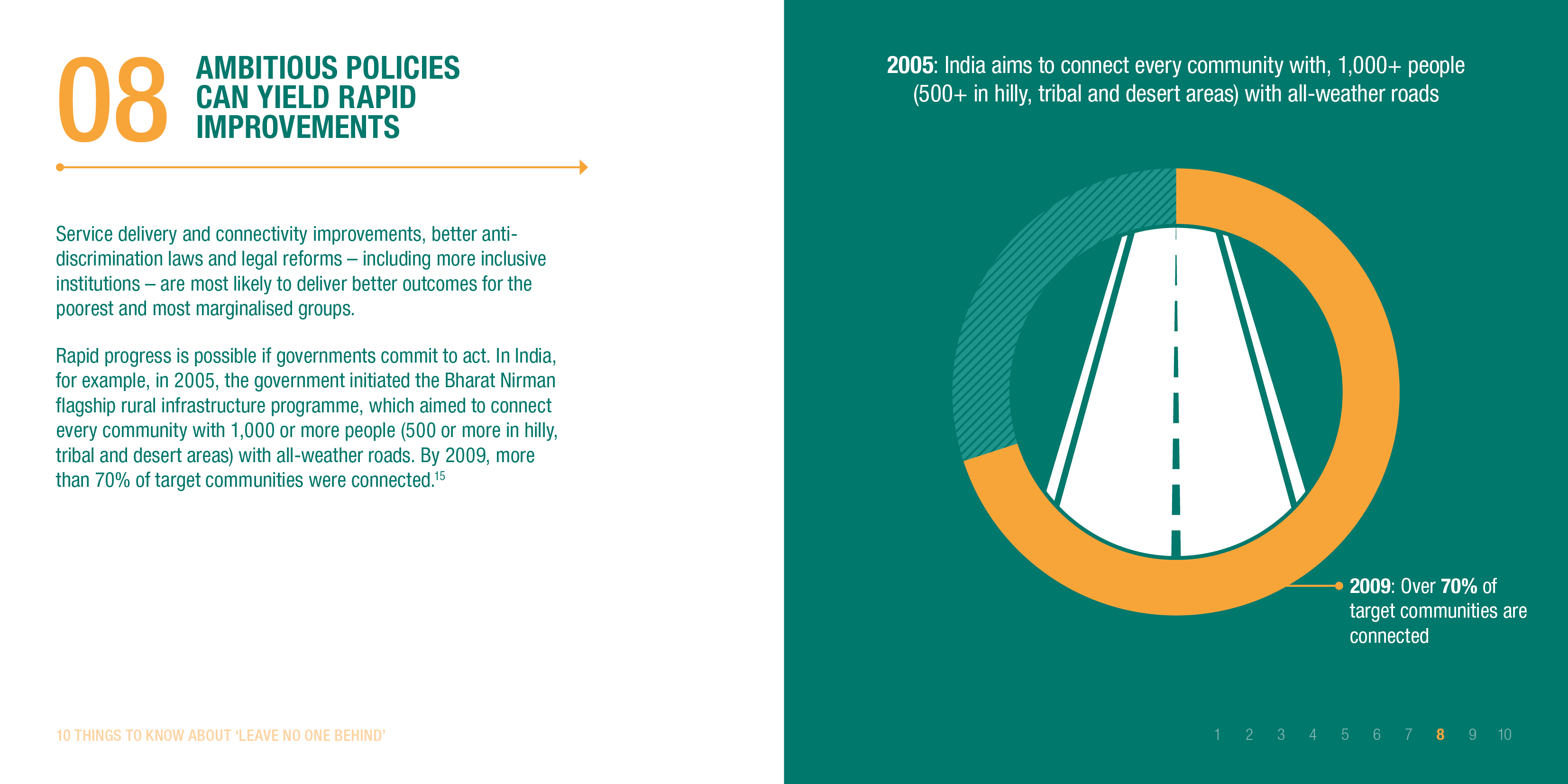 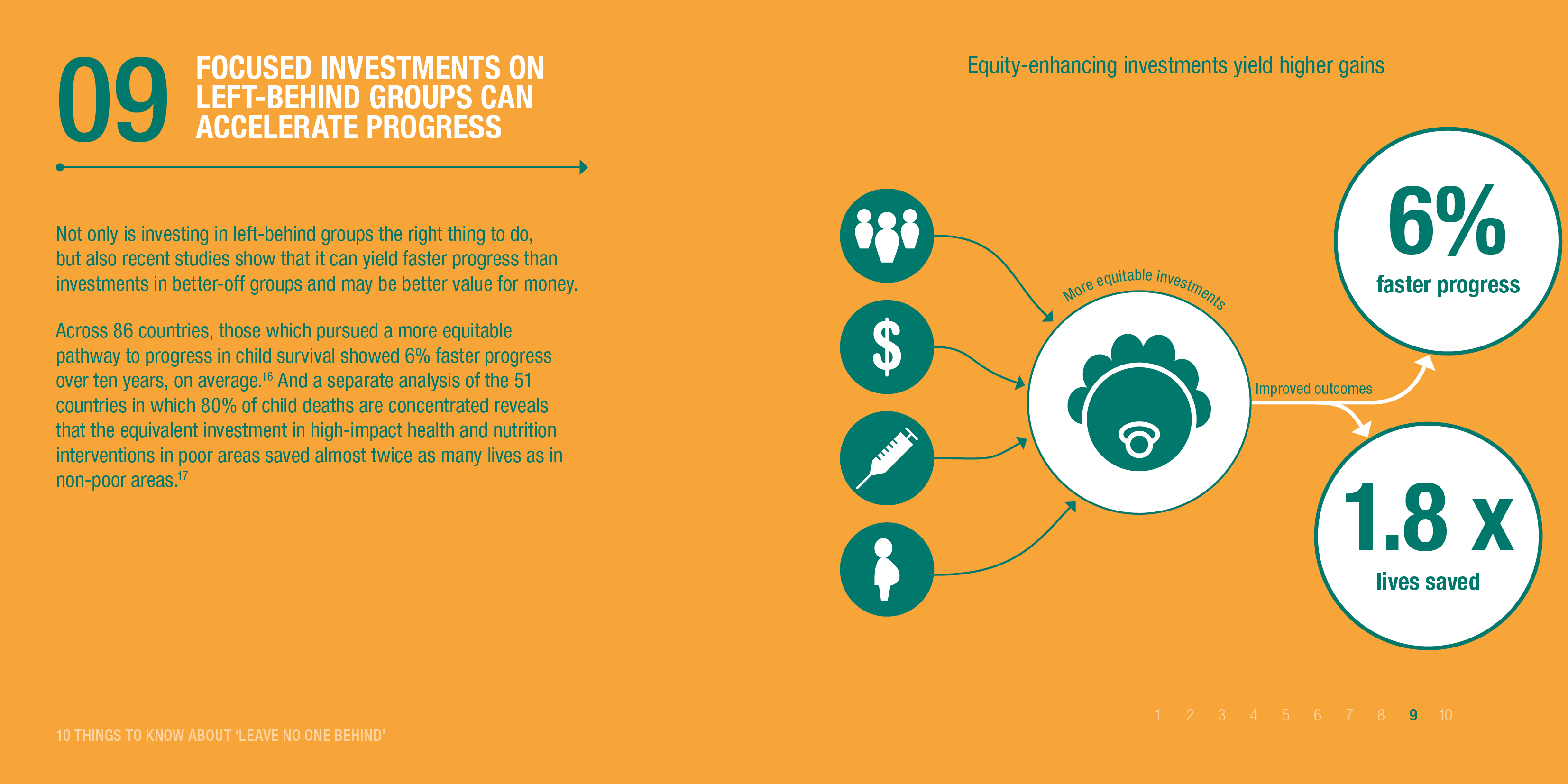 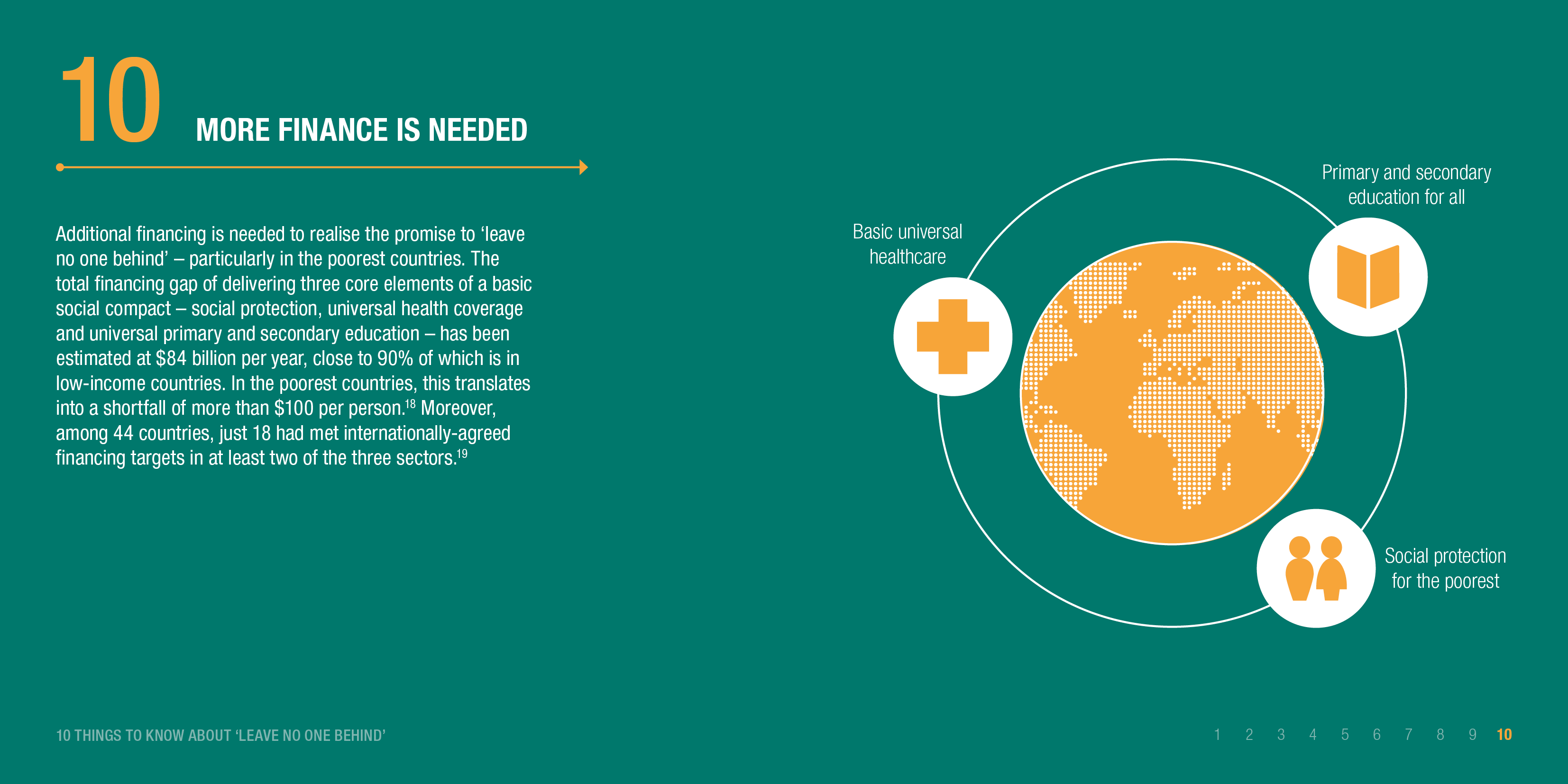