ODI has continued to focus on how institutions – from development agencies to electoral systems – can do a better job for the world’s poorest people. It is an ambition that, in many cases, requires them to change the way they work.

The Doing Development Differently agenda is moving from theory to practice. In March 2016 we launched Politically smart support to economic development, which set out two cases of successful economic reform in Nigeria and Bangladesh made possible by politically smart and adaptive approaches. It was launched with a public event introduced by UK DFID Minister of State Desmond Swayne and representatives from CDC and Tulow Oil. ODI is now being asked for advice and input to support the implementation of new development programmes, working closely with DFID and other donors.

Development agencies face many challenges, including the vast expansion of global goals and financing commitments, the increasing concentration of the poorest people in fragile and conflictaffected countries, and mounting domestic pressures. ODI has set up the Future Development Agencies programme to help bilateral and multilateral development agencies remain relevant, build resilience and deliver their priorities. Our inaugural conference in April 2015 brought together senior directors of development ministries and agencies to share perspectives on how to plan and organise development cooperation over the next decade.

The new Asian Infrastructure Investment Bank (AIIB) and the New Development Bank (often referred to as the BRICS bank) both opened in 2015. Our timely analysis of these new development banks was one of the first on this topic. One estimate, in particular, was widely quoted: that the AIIB could easily have a loan portfolio of $90-100 billion within 10 years, making it one of the world’s largest multilateral banks. Our public event on ‘The future of multilateral development banks’ in December 2015 debated how these banks could better reflect the new realities of the global economy.

The world needs greater infrastructure investment, but past enthusiasm for infrastructure has generated little economic growth. Measures are needed to improve the management of public investment, and this was the subject of ODI’s ‘Bricks and dollars’ conference in November 2015. More than 100 stakeholders from the public finance and infrastructure sectors discussed how governments can invest effectively in infrastructure, with former UK Prime Minister Gordon Brown among the keynote speakers. 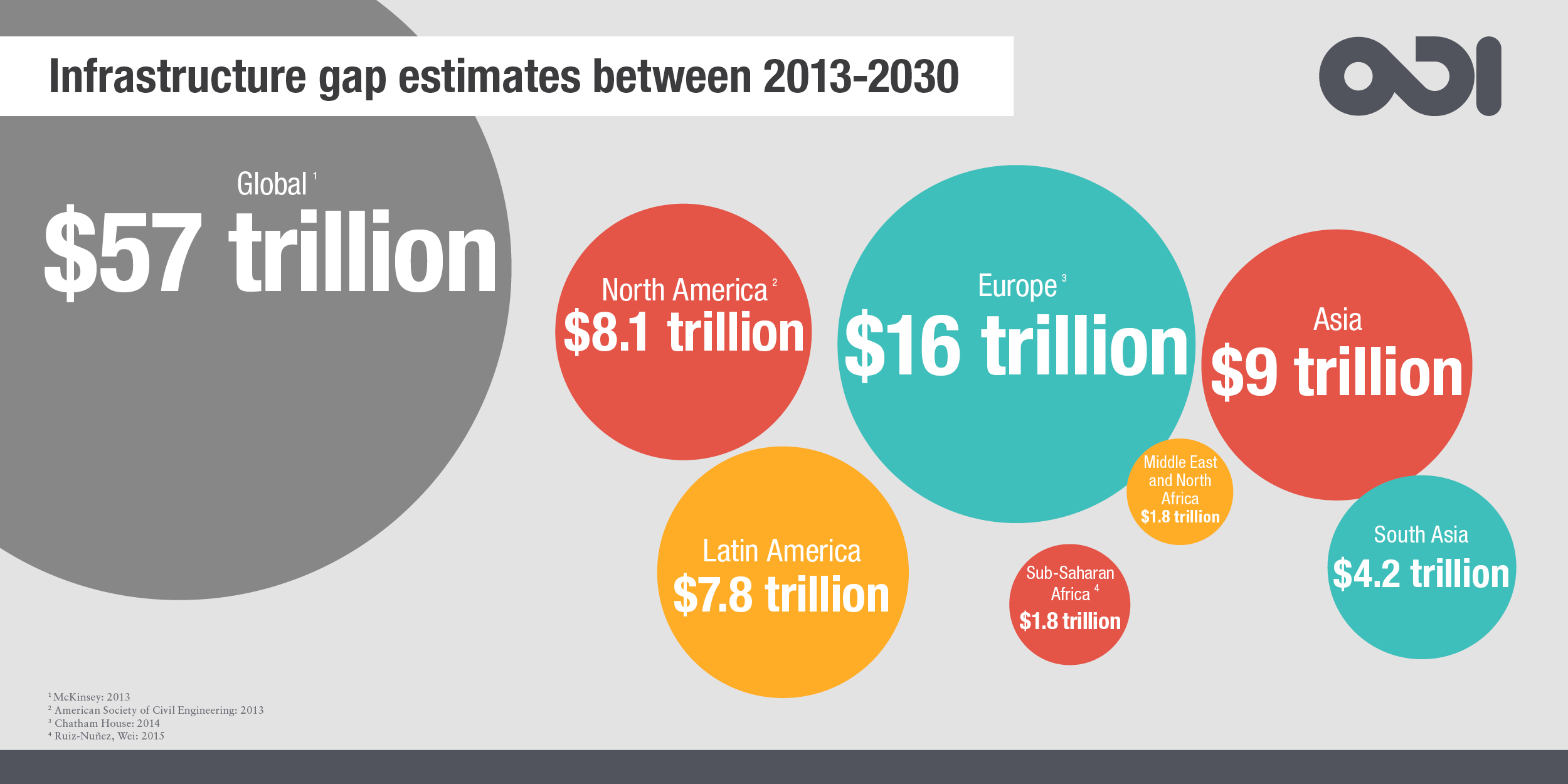 We continued to offer practical support to governments trying to improve their budget systems and their levels of transparency. Our work in Uganda has included continued support for the government website, www.budget.go.ug, which allows citizens to scrutinise national and local budgets. An opinion piece arguing that Uganda is now more transparent than Norway was one of ODI’s top blogs of the year. BSI is now working with the Ugandan Government on a new system of decentralised allocations to support service delivery that allows citizens to track budget allocations to local authorities. The dissemination of BSI’s experiences over the past six years was prioritised in 2015-2016 to capture the lessons learned.

In The political economy of voter engagement in Niger, ODI worked with local researchers in Niger to examine how political parties engage voters to identify motivations for behaviour that conflicts with the provision of open and accountable politics. The research found that Niger’s electoral system is built on a network of self-reinforcing political patronage. While voters and politicians benefit in different ways from the patronage-based electoral system, women, particularly those with less education, and men with lower social status benefit less.

The research provided recommendations for how voters could be persuaded to use alternative voting strategies not based on patronage. The findings informed a presidential debate during the country’s elections in March 2016 and inform USAID’s on-going work on electoral reform.

Making good use of research

As a member of the VakaYiko Consortium – building capacity to make good use of research evidence in Ghana, South Africa and Zimbabwe – we worked closely in 2015 with the South African Department for Environmental Affairs (DEA). Our expertise informed discussions with DEA officials who wanted to improve their use of evidence.

We are also a ‘learning partner’ for the Youth Forward initiative, which aims to help young people transition out of poverty and into sustainable livelihoods in Ghana and Uganda. In partnership with The MasterCard Foundation, we worked with 28 implementing organisations to develop an evidence-informed understanding of the needs of these young people, and how the initiative can best address them. 2015 was the International Year of Evaluation, and we marked the occasion with our 10 things to know about evaluation infographic report. This was shared around the world through social media, including by Bill Gates and the World Bank.