One billion people do not have access to electricity at home, yet this energy poverty has more to do with equitable access to energy than the amount of power being generated. Our May 2015 report, Speaking truth to power: why energy distribution, more than generation, is Africa’s poverty reduction challenge, found that investment in electricity generation in Africa prioritises power for growing industries and existing consumers, rather than meeting the energy needs of the poor.

ODI also assessed the impact of solar-powered household systems on access to energy in sub-Saharan Africa in partnership with the Global Off-Grid Lighting Association, Practical Action and SolarAid.

The research, published in 2016, found that solar energy supports poverty reduction and sustainable livelihoods, and set out policies to increase electricity access through solar power.

In November 2015, we published our FAQ on coal and energy poverty in collaboration with CAFOD and Christian Aid. This examined the coal industry’s claims that coal is a solution to energy poverty in developing countries, concluding that it has only a limited role in energy access for poor households.

We launched Zero poverty, zero emissions: eradicating extreme poverty in the climate crisis at the SDG summit in September 2015, arguing that, contrary to popular belief, low-carbon development is compatible with the zero poverty agenda. Our findings framed the Development and Climate Days that took place during the Paris Climate Conference later in the year, where a number of ODI programmes contributed to high-level convening and analysis.

Ahead of the G20 summit in November, we published Empty promises: G20 subsidies to oil, gas and coal production, which showed that support for fossil fuel production by G20 governments represents bad economics, and has potentially disastrous consequences for the climate.

The report was featured in news reports globally and was widely acknowledged by key decision-makers. The Canadian Ministry of Finance said the report ‘helped to raise the profile of fossil fuel subsidy reform.’ Leading economists endorsed our research findings in a public letter to media outlets, including El Pais, The Financial Times and The Washington Post.

In March 2015, our report Unlocking the triple dividend of resilience made a new business case for investment in adaptation and resilience, urging decision-makers to consider the full range of benefits of action to manage disaster risks.

We also provided analytical support to climate-finance negotiators, and published real-time commentary and analysis on major developments in the negotiations, in addition to our annual assessment of trends in climate finance in 2015. We also contributed to events organised by the Climate Investment Funds and the Governments of the Netherlands, Peru and Ghana.

In May 2015, we published The rising cost of a healthy diet, exploring how governments in Brazil, China, Republic of Korea and Mexico are responding to rising obesity. The research made a strong case for taxing unhealthy foods and subsidising those that are healthier to steer consumers towards healthy options. The research tapped into growing global interest in obesity related diseases. 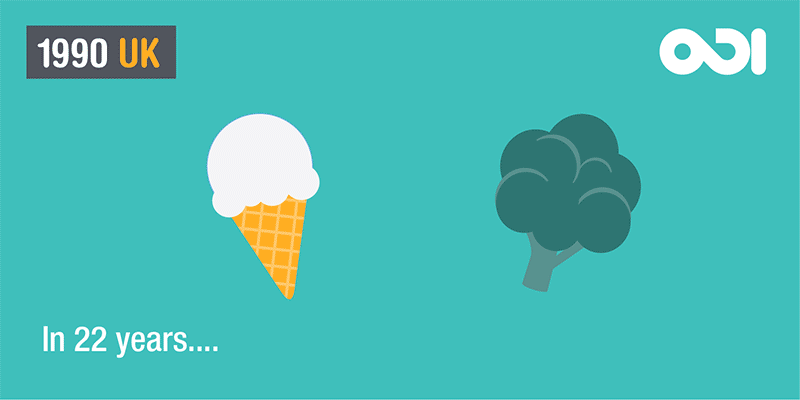 ODI is working to promote private sector engagement in water, sanitation and hygiene (WASH) to accelerate progress towards SDG 6: ‘Clean water and sanitation’.

2015 highlights included our call to establish an umbrella movement, WASH4Work, to enable businesses to contribute to this goal. This proposal has been taken forward by a coalition of nine international organisations including UNICEF, Unilever and WaterAid.

In May, the Building adaptive water resources management in Ethiopia research project contributed to raising awareness with decision-makers of the pressures on water resources in Ethiopia and the need to match water infrastructure development with an appropriate institutional framework.

In November 2015, we hosted a #GlobalChallenges event, A thirsty world: making local action global, with World Water Prize Winner 2015, Rajendra Singh as the keynote speaker. The event explored how governments, businesses and communities can work together to improve water security, and asked: in an increasingly thirsty world, how can we ensure water reaches those who need it the most?