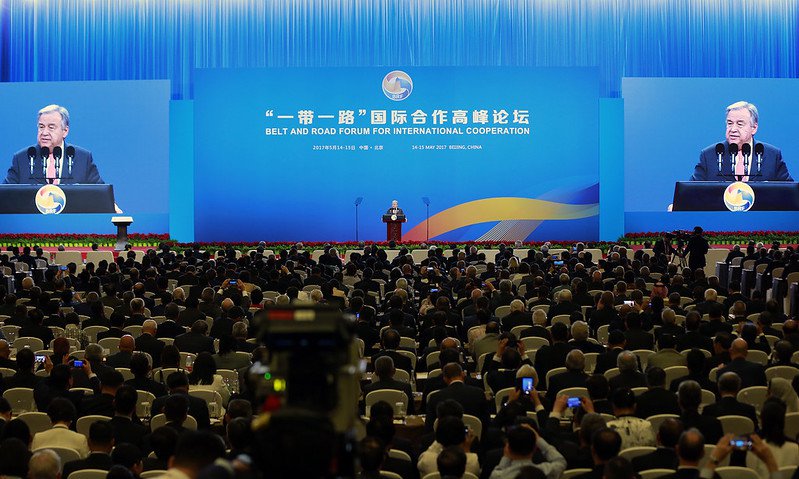 China’s new Multilateral Cooperation Center for Development Finance (MCDF) has been in the making for some time. Set up by China’s Ministry of Finance together with multilateral development banks (MDBs), it was listed as one of the deliverables of the inaugural Belt and Road Forum back in 2017.

The Center includes both regional and global financial institutions among its founding members. It aims to facilitate the coordination of multilateral development finance institutions along the Belt and Road. More than three years on, a new MCDF fund was recently announced in July 2020 with China and five other countries – Egypt, Saudi Arabia, Hungary, Cambodia, and the Philippines – pledging to contribute a total of $180.2 million.

The MCDF brings a much-needed multilateral boost to the Belt and Road Initiative (BRI) – China’s global initiative for connectivity and infrastructure development. The launch of the MCDF fund last month is set to give financial teeth to China’s newest multilateral institution. It also ties it more intimately to the Asian Infrastructure Investment Bank (AIIB), potentially bringing AIIB’s infrastructure finance firepower into the broader BRI.

Let’s explore this in more detail.

A tool for greater multilateralism in financing the BRI

With Covid-19 having brought about major challenges for the Chinese economy, the establishment of the MCDF sends a powerful signal.

Rather than focussing on global initiatives such as the BRI, the Chinese government seems to have shifted its attention towards more pressing domestic priorities including poverty reduction and job creation. However, the government’s official line is that Covid-19 is just a temporary issue, and that the commitment to the BRI remains firm. The progress made in the establishment and operationalisation of the MCDF supports this line. Even if revised and reprioritised because of the pandemic, the BRI is likely to endure.

The MCDF also signals a shift towards a more ‘multilateral’ approach to the BRI. One of the main initial criticisms to the initiative was its bilateral nature. China’s government-to-government approach, where discussions with various partners were held separately, makes observers sceptical as it hinders efforts for broader collaboration. The MCDF is likely to be a way to address the criticism and strengthen multilateral cooperation.

Learning from the AIIB

This demonstration of China’s commitment to multilateralism in infrastructure finance also comes at a time where a global pandemic has made international cooperation crucial, but where leadership from traditional hegemons – such as the United States and the European Union – has been slow or stagnant. China, on the other hand, is embracing a greater aspiration for global governance.

The MCDF is the third, though smallest, multilateral institution initiated by China, after the New Development Bank and AIIB. The Fund serves as a bridge between the BRI and the now established AIIB, which is approaching its fifth anniversary.

As a demonstration of Chinese multilateralism, the AIIB has been an institutional success, building its experience and reputation through co-financing with other MDBs and maintaining its financial performance. And despite the criticism and alarm over its founding, it has shown, five years on, that a Chinese-initiated institution does not mean that it is Chinese-dominated.

While the AIIB was announced around the same time as the BRI, it has stayed relatively independent, helping the Bank to maintain a reputation of autonomy from the Chinese government. The news that the secretariat of the new MCDF would be hosted by the AIIB suggests the potential for a much greater role for the AIIB within the BRI without risking its credibility or its autonomy. It could also in turn raise the credibility of BRI projects.

The AIIB also provides a model for the MCDF’s development. The young MCDF is a potentially remarkable collaboration of MDBs representing North and South, global and regional. But the first initial funders to have financially committed stand in contrast. The five funders mentioned above are mostly already-converted BRI members – some with questionable records of governance – and does not yet indicate a broad coalition of interested financiers. The inclusion of Saudi Arabia is also notable. This suggests a greater financial presence for the Gulf states in the BRI going forward.

The MCDF signals China’s commitment to the BRI agenda, and a shift towards increased multilateralism. However, the Fund is still a work in progress.

Going forward, the MCDF will need – as the AIIB achieved – a broader range of funders, from traditional donors and northern powers. A broader coalition of stakeholders and collaboration is needed for the fund to be viable and credible financially, both in terms of its capital resources and firepower, but also in its legitimacy and perceived reputation. Its operational norms and standards will be determined by its membership.

Commitment to multilateralism is not just about getting MDBs on board, nor is it just about receiving finance from many countries. The MCDF will need to show how it manages the views and practices from its diverse partners in order to pursue the BRI agenda.

Cooperation with European characteristics? Lessons from China for the EU–Africa summit

China and global development: 20 things to read in December

Changing tides for China-Africa cooperation: our key takeaways from the 8th FOCAC