Almost two years since the launch of the Sustainable Development Goals (SDGs), we are starting to see early signs of the implementation of this ambitious agenda.

Leave no one behind: why the first 1,000 days are critical

In the past year, ODI has worked with governments, civil society and development donors to champion early action. Without decisive action in the first 1,000 days of this ambitious global agenda, achieving the SDGs by 2030 will be much more difficult.

In front of an influential audience that included ministers from 14 countries, we gave powerful examples of seven countries that have made progress in improving the lives of their poorest and most marginalised populations since the adoption of the SDGs.

For the first time, our team quantified the cost of governments delaying action in implementing the SDGs and set out a policy pathway to leave no one behind. The report received widespread media coverage and commentary, and featured prominently in the UN’s 2016 Human Development Report.

We also presented this research at the Global Partnership for Effective Development Cooperation in Nairobi. Our experts spoke at a main official plenary session and we hosted ‘Early action at country level for leaving no one behind’, attended by senior officials and ministers from Germany, Nepal, the Netherlands, Somalia and the Swiss Agency for Development Cooperation.

There is this enormously strong drive for the world to be better, for people to make progress, to live longer, to be better off and not to see their children die.

Governments are already beginning work on the SDGs. With our partner, Southern Voice on Post-MDG Development Goals, ODI convened a series of regional dialogues in sub-Saharan Africa, Asia and Latin America. We mapped out what can and must be achieved in the first 1,000 days, creating scorecards for regions to understand how much governments needed to accelerate or reverse existing trends to realise Agenda 2030.

Policy-makers, including Sri Lanka’s Minister of Sustainable Development and Wildlife, and Kenya’s Cabinet Secretary and Minister of Devolution and Planning, delivered keynote speeches at each dialogue. The diverse mix of civil servants, civil society and research community enabled good practice to be shared and revealed important work underway at all levels to support the SDGs.

In 2016, we pioneered an innovative new research methodology, combining our expertise on data, policy, financing and political economy, to conduct country and sector-specific ‘leave no one behind’ stocktakes in Kenya and Nepal. Having achieved a proof of concept and wide dissemination of our research, we plan to build a much richer picture of who is left behind, why, and what can be done about it.

Revealing the extent of marginalisation

ODI’s research is focused on the evidence and tools needed to count and reach the most vulnerable and most marginalised – among those are children and women.

Child poverty, inequality and demography shows that on current trends, by 2030 one-in-five sub-Saharan African children will be living below the $1.90 poverty threshold – this will account for over 40% of world poverty. With the right mix of policies in place, sub-Saharan African governments could accelerate the pace of demographic transition and reap a dividend from a rising generation of youth. But it needs to happen now. 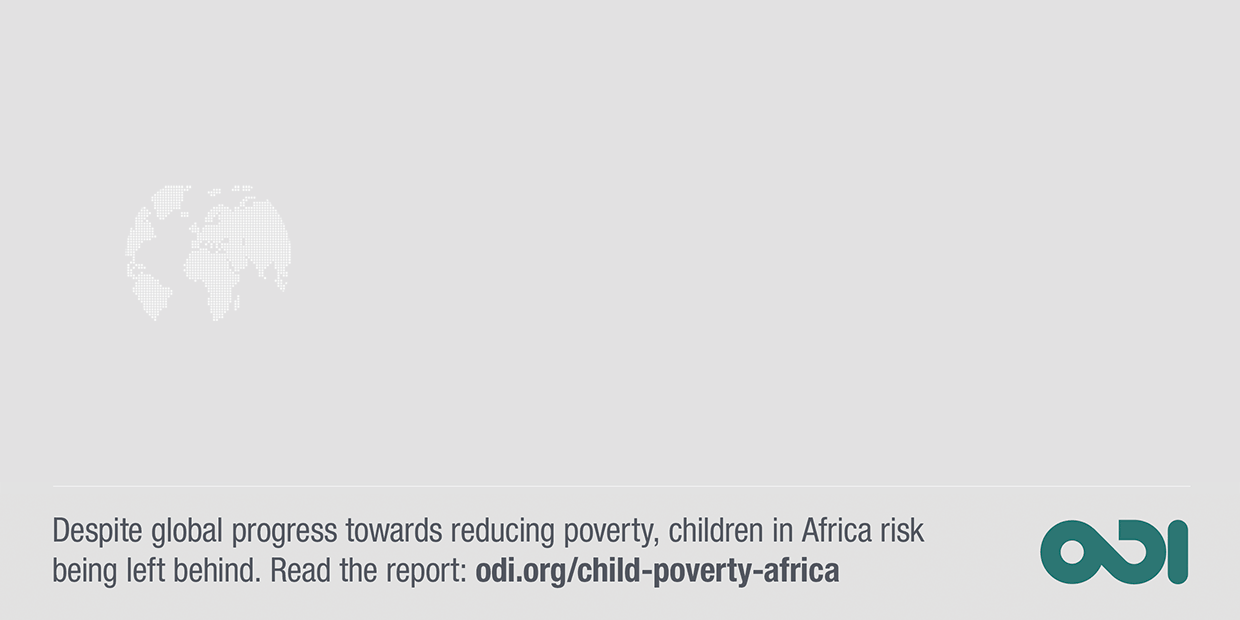 Global media coverage ranged from the Financial Times and the Guardian in the UK, to CNBC Africa, China Daily, ABC Sociedad (Spain), Bao Moi (Viet Nam), The Nation (Pakistan) and Voice of America.

Child labour and education: a survey of slum settlements in Dhaka also provoked global press headlines. ODI research found that 15% of children aged between 6 and 14 in Dhaka's slums were out of school and engaged in full-time work – far higher than previous figures suggested. Using a new methodology based on intensive household interviews, this report was one of the largest surveys on child work and education conducted in Bangladesh.

The Guardian Economics Editor, Larry Elliott, chaired an event at ODI on how ODI’s findings in Bangladesh indicate that the official global figures on child labour may be significantly underestimating the issue. 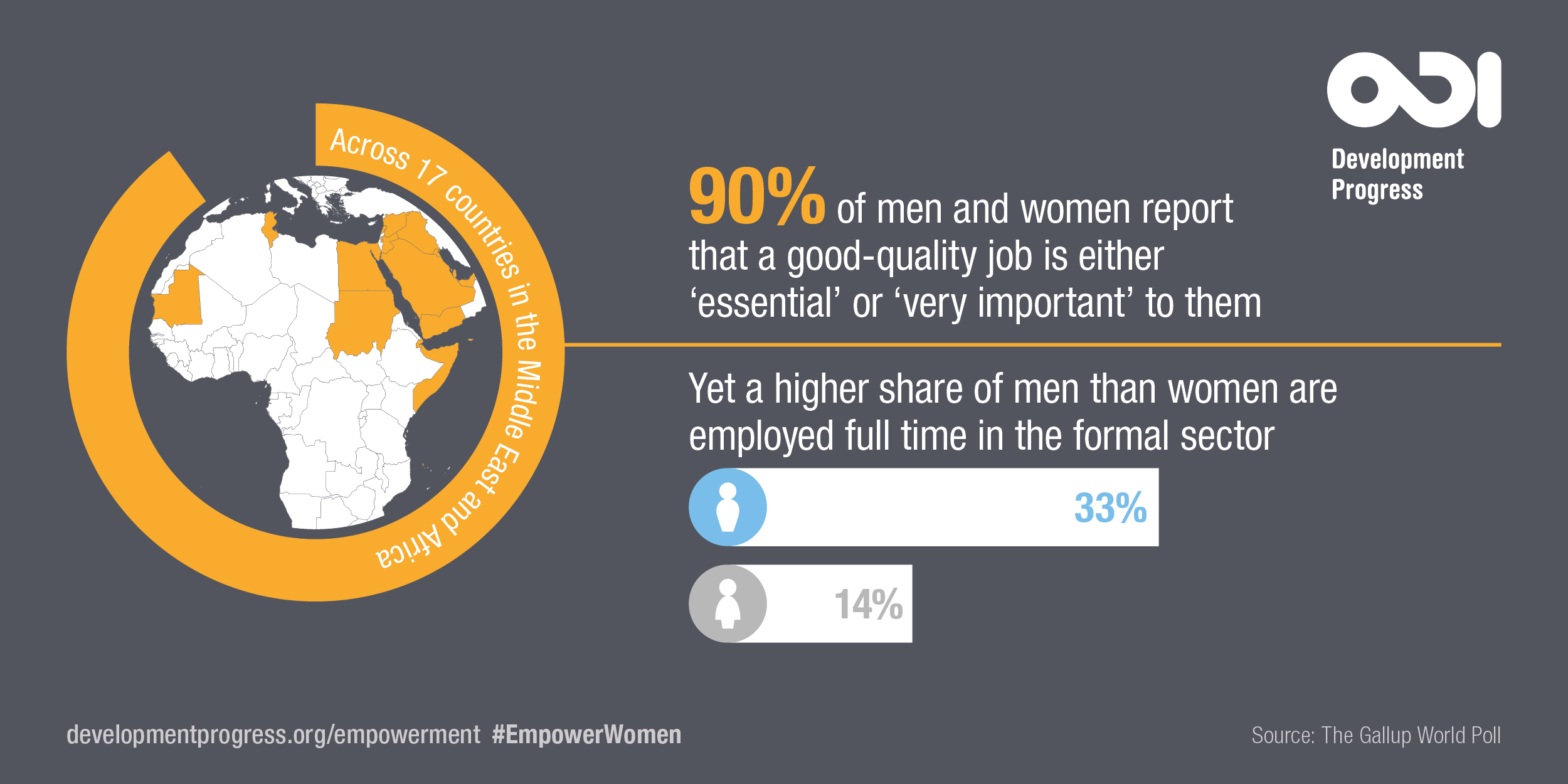 ODI research prompted a wave of blogs and opinion pieces across media platforms debunking the myths around women’s economic empowerment and calling for political commitment for better access for women to education and jobs.

Women's economic empowerment: what will it take?

A good gig? The rise of on-demand domestic work looked at the phenomenon of the ‘gig’ economy and its implication for care and domestic work. 80% of the 67 million global domestic workers are women – this rapidly growing sector will have huge ramifications for women’s economic empowerment.

Still a relatively new area of research, the report featured in widespread global media, from Reuters and the Daily Mail, to NDTV in India and Elle magazine – a first for ODI. The accompanying video, ‘Women and the ‘Uber-isation’ of domestic work’ had over 40,000 Facebook views.

The Institute of Development Studies’ Digital Development Summit heavily cited our recommendations, and we have presented the research to a number of companies in the technology sector. It has continued to attract attention, with invitations to the International Labour Organization’s Decent Work Conference and to present at a major women’s economic empowerment conference in Bangkok.

ODI joined forces with the UN Sustainable Development Goals Action Campaign and other partners, to deliver the inaugural Global Festival of Ideas for Sustainable Development in Bonn, Germany. Over three days, the festival bought together people from all over the world to generate new partnerships and innovative ideas for driving forward Agenda 2030. 800 people from across 85 countries took part, among them were government representatives, UN delegates, civil society organisations, business leaders, youth advocates, academics and the media.

The intention was to be a conference with a difference, exploring new ways of learning and sharing experiences. Every session had innovation in mind to ensure maximum engagement and collaboration. We ran policy simulations, data dives, world cafés and a live stage with a packed schedule of TED-style talks and interviews being livestreamed on UN Web TV. Our sessions covered a diverse range of topics, from growth and sustainability, and poverty and inequality, to protecting communities from the onset of natural disasters or outbreaks of conflict.

2030 Hive Mind is a real-time policy simulation game which ODI developed and showcased at the Global Festival of Ideas. Taking place in a fictional country where everyone is working to achieve the SDGs, Hive Mind shows how collaboration is essential to making the tough choices and trade-offs necessary to achieving Agenda 2030. Over the festival, 445 participants turned into policy-makers, to explore which policies can impact a particular goal or have multiple impacts across goals.

The game continues to be an innovative tool, powerfully demonstrating the need for governments and institutions to build capacity and strengthen understanding of the impacts of policy decisions on the SDGs. The game is particularly effective in highlighting the importance of collaboration and has attracted huge interest from multilateral organisations wishing to take forward this collaboration in different contexts. 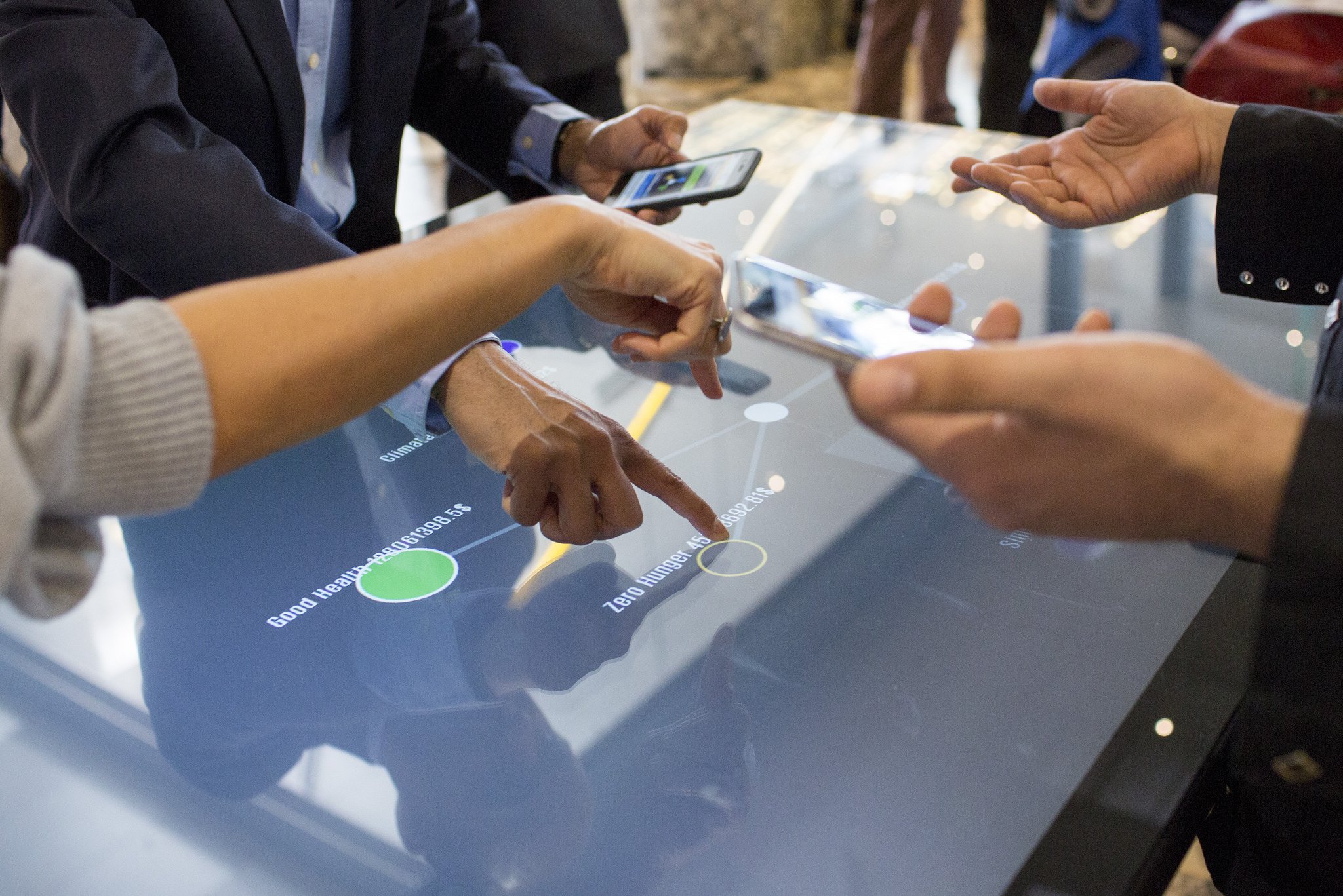