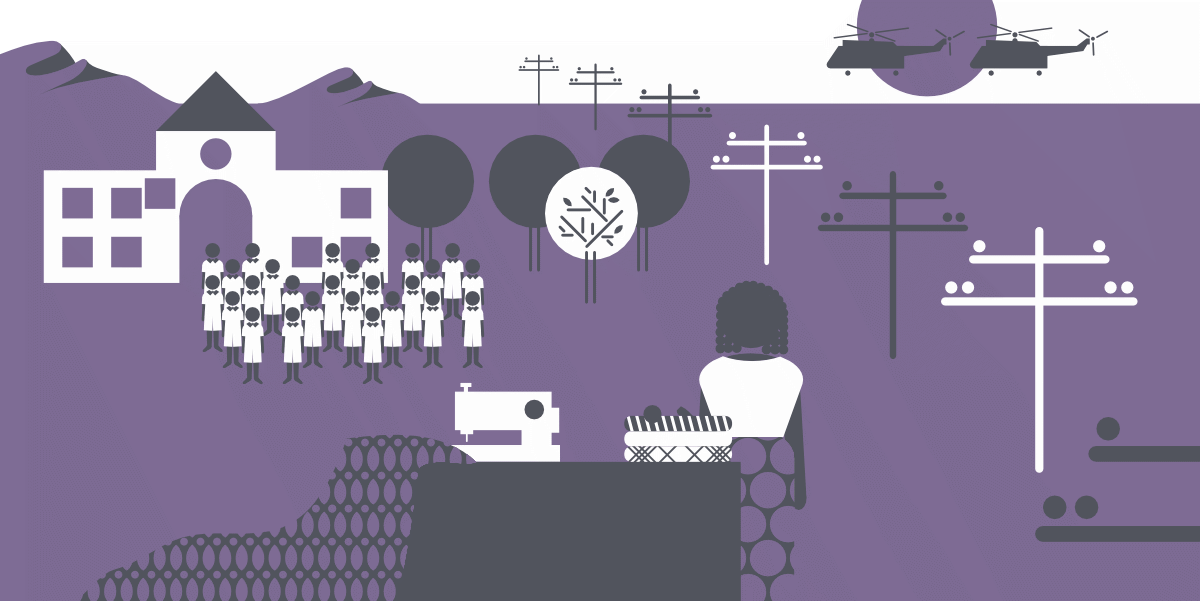 Some policymakers see contradictions between equality and economic growth, believing that inequality is good for growth. Achieving all of the Sustainable Development Goals means quashing any such contradictions.

Several of the Sustainable Development Goals relate to growth. Decent work and economic growth (Goal 8) sits alongside industry, innovation and infrastructure (Goal 9). There are also goals for sustainable cities and communities (Goal 11) and responsible consumption and production (Goal 12). On equality, there are goals for gender equality (Goal 5) and reduced inequalities (Goal 10).

The following four scenarios are possible development pathways along which Progressia could advance. Explore the possible outcomes in 2030 below.

High economic growth and low income inequality are reconcilable outcomes and can be sustained.

Government investment in industry and education helped Progressia to attract increased levels of foreign direct investment, facilitating the development of strong manufacturing, financial and tech sectors. Manufacturing has evolved from producing low-quality products on a large scale to lower-scale but higher-quality goods.

These developments, combined with progressive fiscal policies, have seen the economy grow by more than 7% a year. New businesses have been given tax incentives, helping to drive economic growth. International trade agreements and greater liberalisation have removed some import and export duties and boosted exports. Progressia has also paid off its foreign debt.

A more progressive tax system distributed the benefits of this growth across the entire population. Increased investment in education has improved facilities and ensured that all children under the age of 16 go to school. As a result, an educated, gender-balanced workforce has emerged.

Progressia's average life expectancy has improved and the gap between rich and poor is narrowing. Pensioners can expect to retire in moderate comfort with state pensions.

A careful balance of encouraging investment, reinvesting profits and striving for greater equality had many positive effects on Progressia. Better education and social protection has enhanced the long-term prospects for the Progressian people. 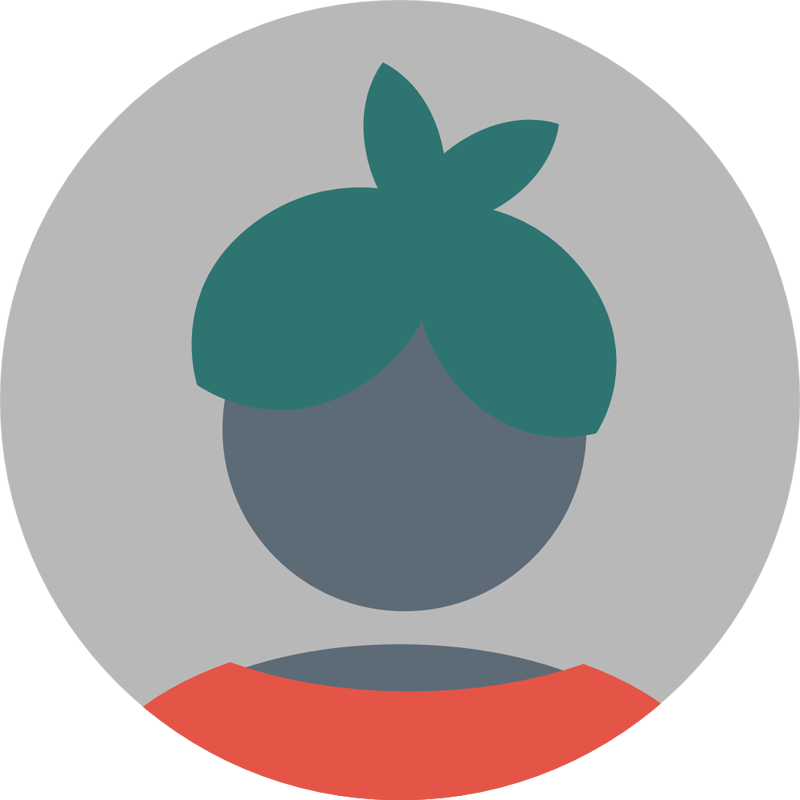 All three of my children have now finished school. I never had that opportunity. Their education will help them get better jobs. I hope they’ll still help us work in the field but I don’t want them to have the same working life I’ve had.

Stanley has a job now and my mother-in-law will get a new state pension soon. I’m less worried about the future than I used to be. 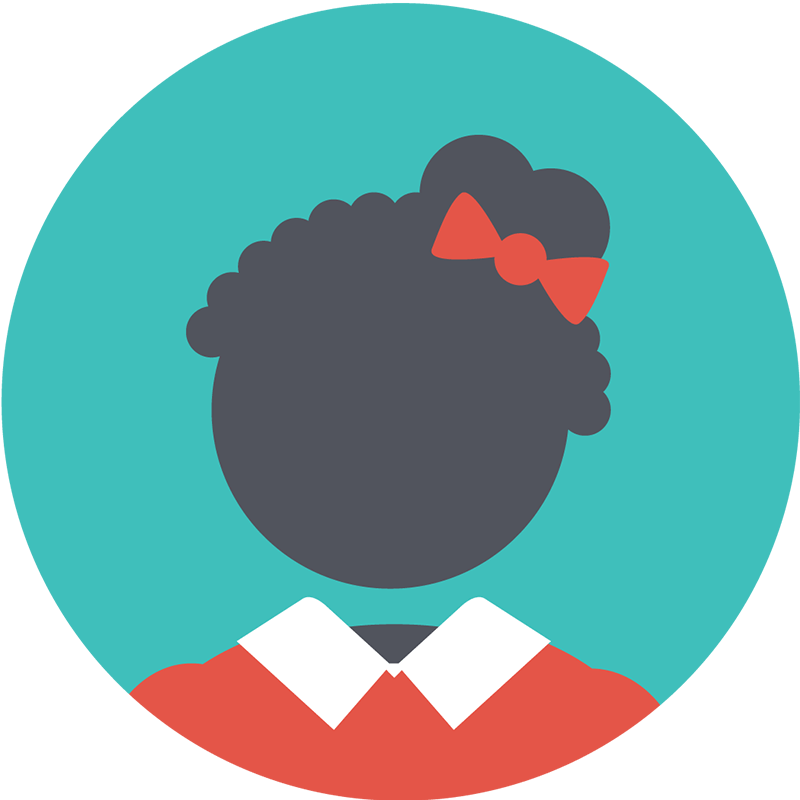 Having graduated, I’ve started a new business building a web app. It combines traditional Progressian recipes with nutritional information and advice and allows people to track their diet.

A government grant and tax incentives have helped us set the business up.

Deregulation and privatisation, as well as a structural shift in the economy away from agriculture and manufacturing towards financial and technology services, have catalysed economic growth. But while some have benefited, the poorest 40% of the population have not.

Large companies have not been regulated because of their financial power and political influence. They have amassed huge profits, accumulating interest in tax havens.

The divide between the rich and poor is extreme, resulting in civil unrest. This unrest has meant increased public spending on defence and therefore less money spent on health and education. Privatisation means that the poorest cannot afford professional treatment, while such cuts to basic services have increased mortality rates and caused school attendance and attainment rates to fall.

Lack of investment in agriculture has meant that people living in rural areas are unable to afford basic goods and many have had to sell their possessions and land to survive. Malnutrition among children has increased.

In the cities, growth benefits the rich, well-connected and educated, while the poorest live in slums and rely on informal employment. While deregulation and privatisation benefited some, those benefits failed to trickle down to the the rest of the population. The economic gap between rich and poor has contributed to a rise in crime. 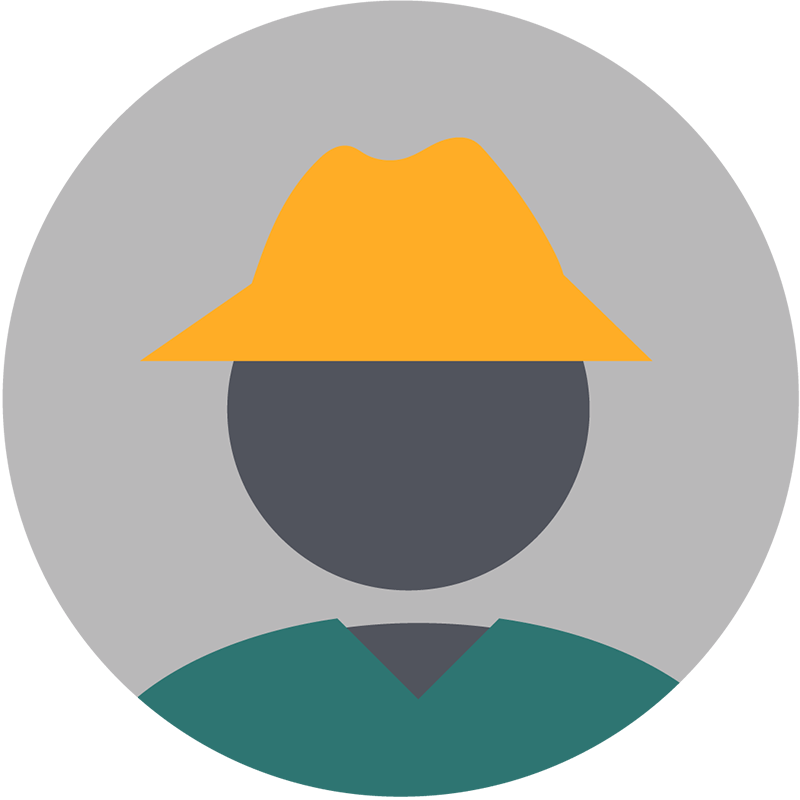 We’ve survived but nobody with power or money cares about us. We had to sell our land to afford healthcare for my mother. They promised us jobs but there aren’t any. We moved to the town, where we live in a slum. There’s no space.

Sometimes people come looking for manual labour and my son and I get a little money for a day’s sweat. It’s barely enough to live on. I’m worried my son will join a gang. 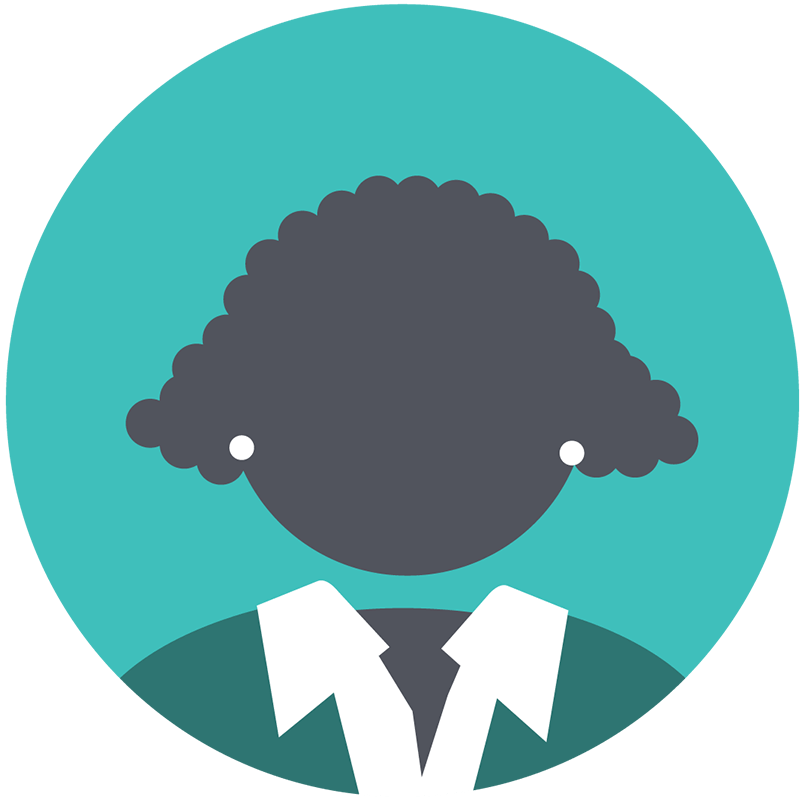 Life has been pretty good over the last 15 years: my background in finance has served me well and with the financial services sector growing I always have plenty of work.

But I worry about the country that my children are growing up in. Our friends have been robbed and we’ve had to buy new security cameras for the house. There’s lots of crime and unrest.

The provision of microfinance and microcredit schemes have allowed the poorest people, especially women in rural areas, to develop small businesses. These, in turn, have significantly raised household incomes - meaning that income growth for the poorest 40% of the population now exceeds the national average. High numbers of people have escaped from poverty. Women are increasingly employed in the manufacturing and agricultural industries, helping to further reduce inequality.

Rural areas have developed large informal markets around cash crops and local produce that have kept the incomes of the poor growing. Remittance flows from small businesses have been injected into the local economy, helping to improve standards of living and providing safety nets during times of drought or flooding.

However, some small businesses have struggled to compete with large centrally-owned corporations and have had to sell their assets and declare bankruptcy. And the overall growth rate of the economy has been low.

Poor investment in infrastructure has added to Progressia’s trade and transport problems. The geography and climate of Progressia makes trade difficult. Goods have to be carried over land through arid regions where perishable goods are at risk. Frequent floods and heavy rainfall result in landslides and impassable road and rail routes.

A lack of investment in higher education has resulted in few suitable employees for high-tech jobs. This has meant little innovation within high-productivity sectors, which have failed to grow. There has also been a lack of exports to foreign markets of agricultural produce, textiles and minerals. A high reliance on the country’s mineral resources for GDP exposes it to price shocks.

Involving more women in the rural economy was good for gender equality as well as being beneficial economically. But the strategy did not do enough to consider the structural weaknesses of Progressia: infrastructure remains poor and education inadequate. Both these factors have stifled innovation and growth. 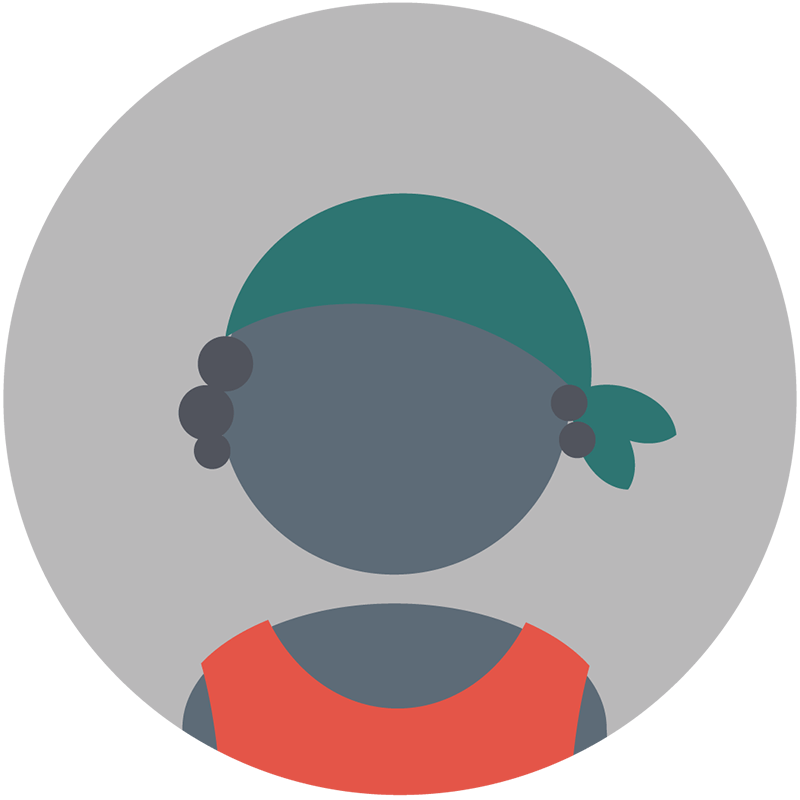 My mother works with her friends these days. They run a seed company that collects and distributes seeds that are disease immune or that give higher yields.

I just finished school and I’d like to work with her. Life’s not easy though: my brother would like a job but can’t find one. 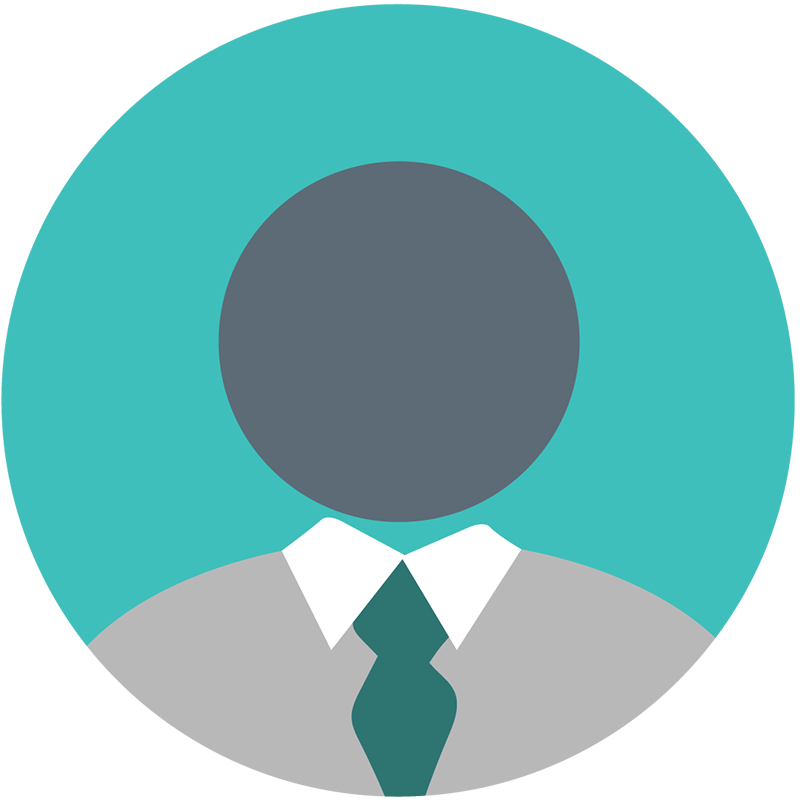 I work with corporations in the city; not much has changed for them in the last fifteen years. The infrastructure is inadequate, there aren’t enough good specialists to recruit and they’re unable to export as much as they’d like.

As a family we’re doing OK, but I’d like to see Progressia modernise more quickly.

Economic growth and income inequality are an unsustainable combination.

High levels of investment in Progressia's defence sector were meant to create stability and the broader conditions required for economic growth and higher levels of equality. However, the expected benefits never materialised. Instead, economic growth has slowed.

Increased investment in defence has meant reduced spending on education and healthcare. School attendance is down, because the poorest children often have to work to support their families, or because there is no school in their local community.

The rate of income growth among the bottom 40% of the population is far worse than the national average, and people often need food aid to survive. Food shortages mean stunting and rickets are now commonplace in children.

Natural disasters including drought, flooding and earthquakes are frequent and result in famine, epidemics, poor access to electricity, and a lack of clean water. The country is poorly prepared for these shocks and has not set aside adequate resources for risk reduction. A permanent and large cohort of international NGOs provides basic services to the population.

Periods of extreme drought followed by flooding meant several years of losing the entire agricultural output of the nation. Waterborne diseases such as cholera and malaria spread rapidly and killed many people. Maternal and child mortality rates are high and the lack of adequate health coverage means that very few mothers receive healthcare before, during or after pregnancy. The health of many Progressians is poor and rates of depression, alcoholism and suicide are high.

Investing in defence benefited a few large corporations, but did nothing to assist most of the population. It therefore had an adverse effect on equality. It also diverted funding from infrastructure, basic services and left the country more vulnerable to natural disasters than it was before. 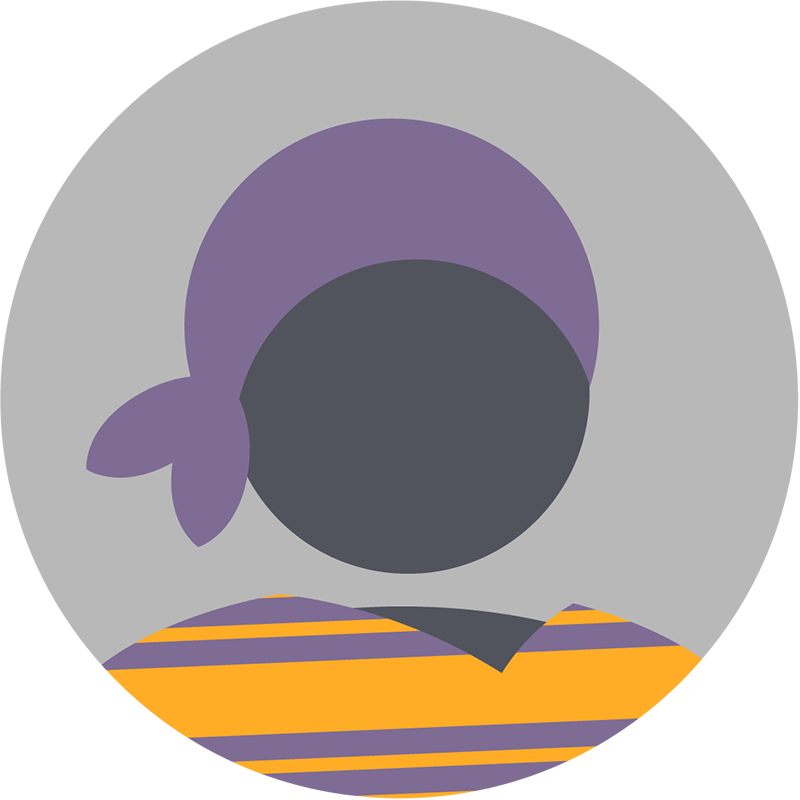 I worry about my family having enough to eat and clean water to drink. Lucia is pregnant but she’s not healthy herself and if she and the baby survive we may not have enough food for them. We get food aid, which helps, but I’m old and sick and we suffer from one disaster after another.

I can’t see how things will improve. There’s little education for the young and the only jobs are in the army. 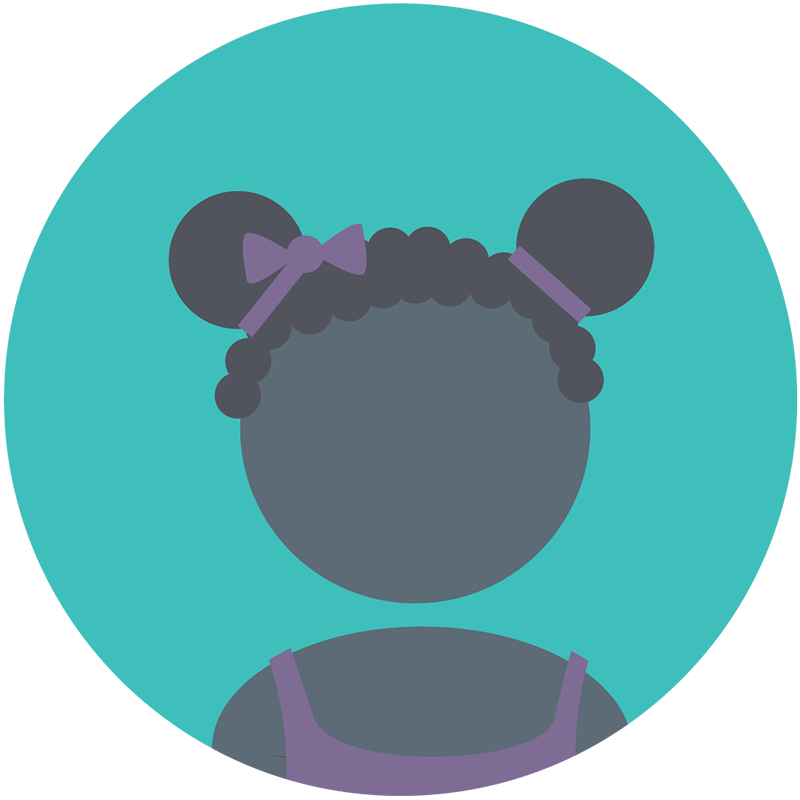 My father works for a company providing services to the military. My mother doesn’t have a job.

I used to want to study and work in Progressia, but now I want to get out as soon as I can. I want to go and live elsewhere in southern Africa, where there’s less violence and more hope of a career.