​For governments wanting to end poverty, steward sustainable environments and foster healthy, thriving populations with the opportunity to earn a decent living, many of the necessary pieces are now in place. They start from a good base. Millions of families have escaped poverty and many million more children are in schools than was the case 15 years ago. Much more is known about successful developmental pathways. And many of the world’s poorest countries are experiencing strong economic growth.

But, finance aside, there is still one key element the absence of which is impeding progress: data. Governments do not adequately know their own people. This is particularly true for the poorest and most marginalised, the very people that leaders will need to focus on if they are to achieve zero extreme poverty and zero emissions in the next 15 years. Nor will the international community be able to support the most vulnerable and marginalised people without an overhaul of the current ways of gathering statistics. As many as 350 million people worldwide are not covered by household surveys. There could be as many as a quarter more people living on less than $1.25 a day than current estimates suggest, because they have been missed out of surveys.

Data are not just about measuring changes, they also facilitate and catalyse that change. Of course, good quality numbers will not change people’s lives in themselves. But to target the poorest systematically, to lift and keep them out of poverty, even the most willing governments cannot efficiently deliver services if they do not know who those people are, where they live and what they need. Nor do they know where their resources will have the greatest impact.

This report sets out the evidence that, even when people are counted, the counting is frequently not good enough. What is assumed to be an empirical fact – a statistic – is too often the result not of direct observation but of inference, assumptions or extrapolation, or political negotiation. In sub-Saharan Africa, some 133,000 women may have died from childbirth-related causes in 2013, or twice as many. We cannot be sure.

We argue that good quality, relevant, accessible and timely data will allow willing governments to extend services into communities which until now have been blank spaces in planning processes, and to implement policies more efficiently, meaning that a data revolution could, in the medium term, pay for itself.
The solutions are threefold: increasing investments in the capacity of national statistical offices (NSOs), thereby potentially improving the scope and frequency of household surveys; using alternative sources of data to fill gaps and building strong administrative systems; and making better use of the data we already have.

The data gap in global development: how we find the missing millions 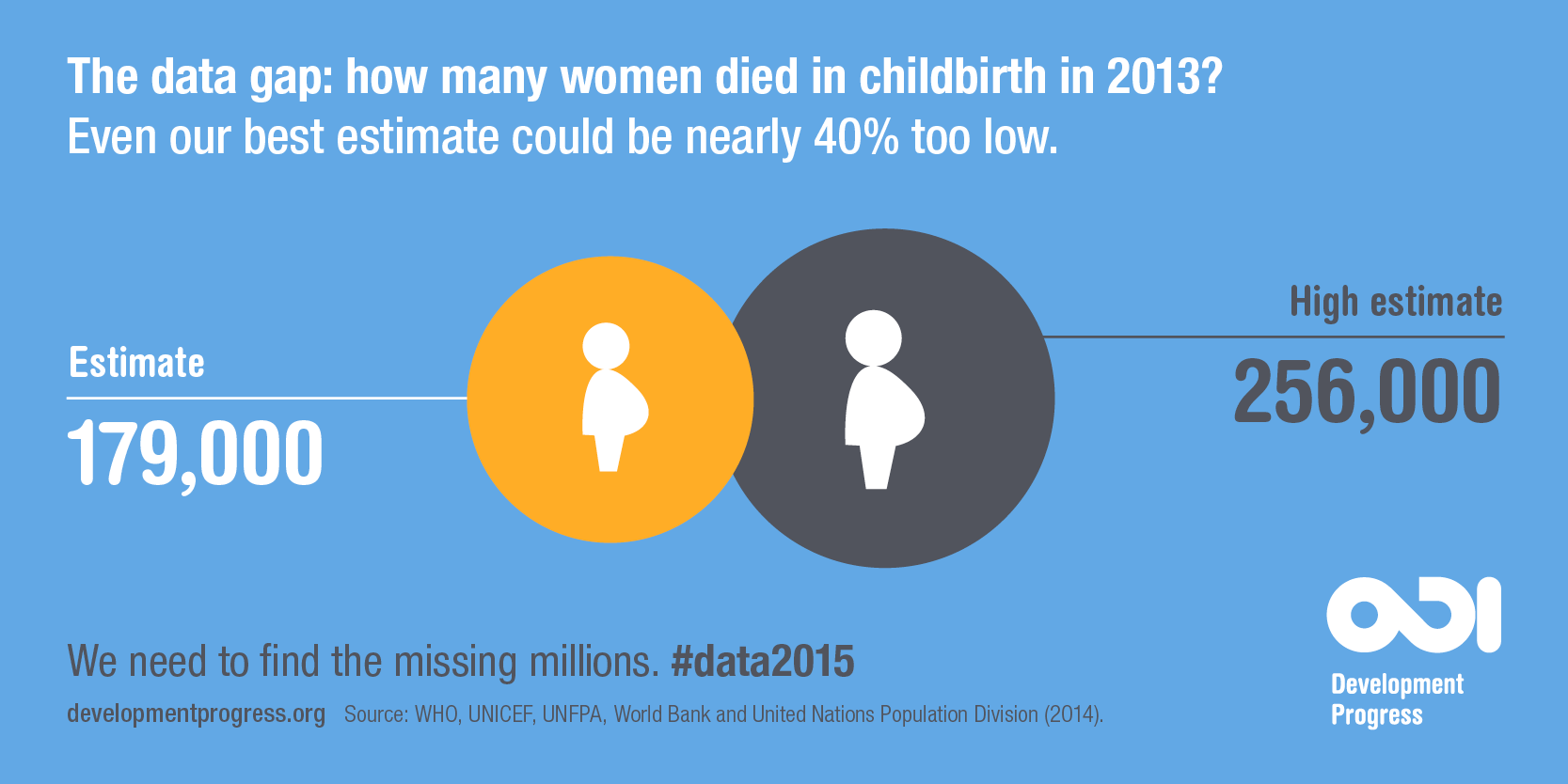 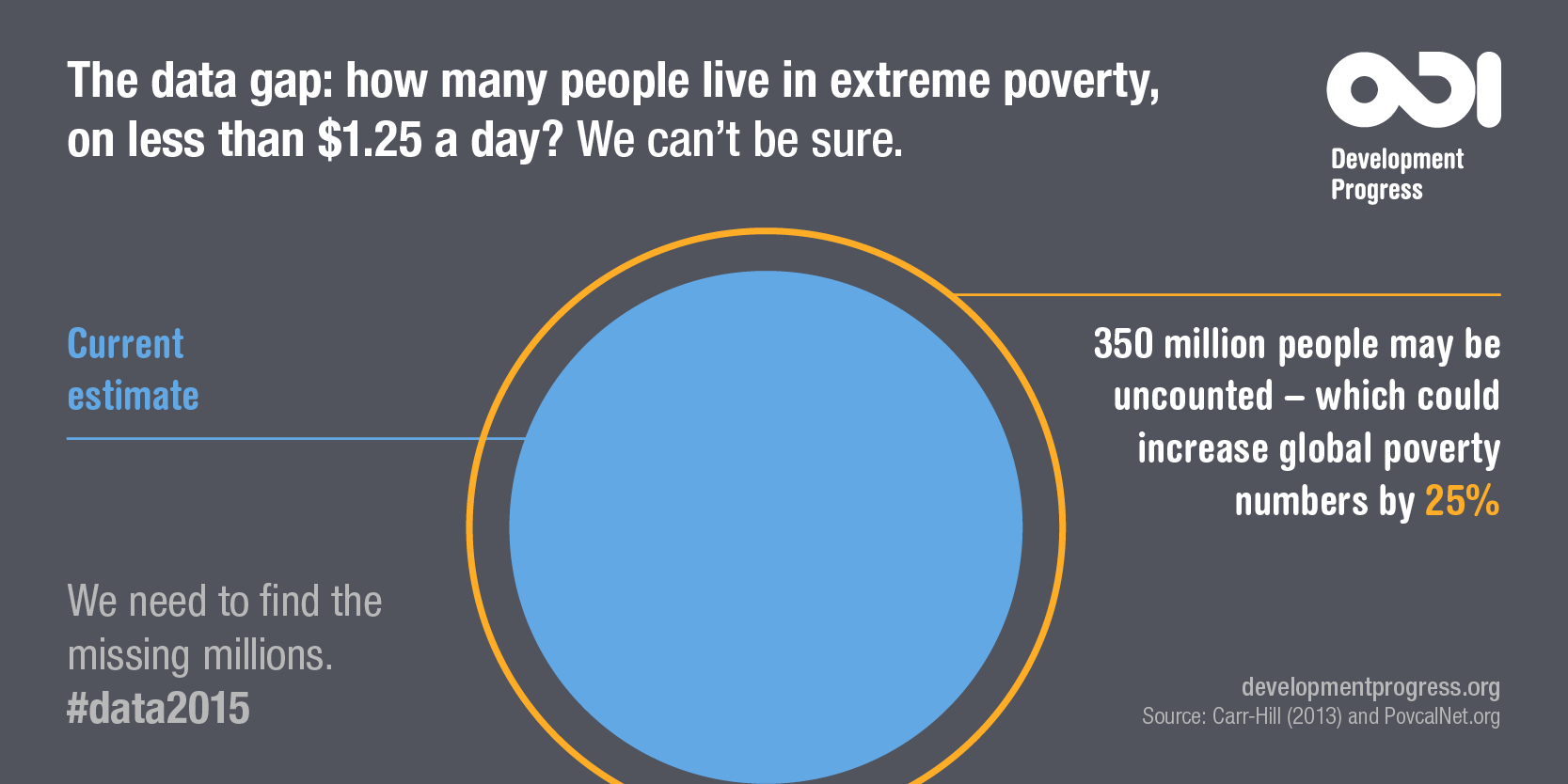 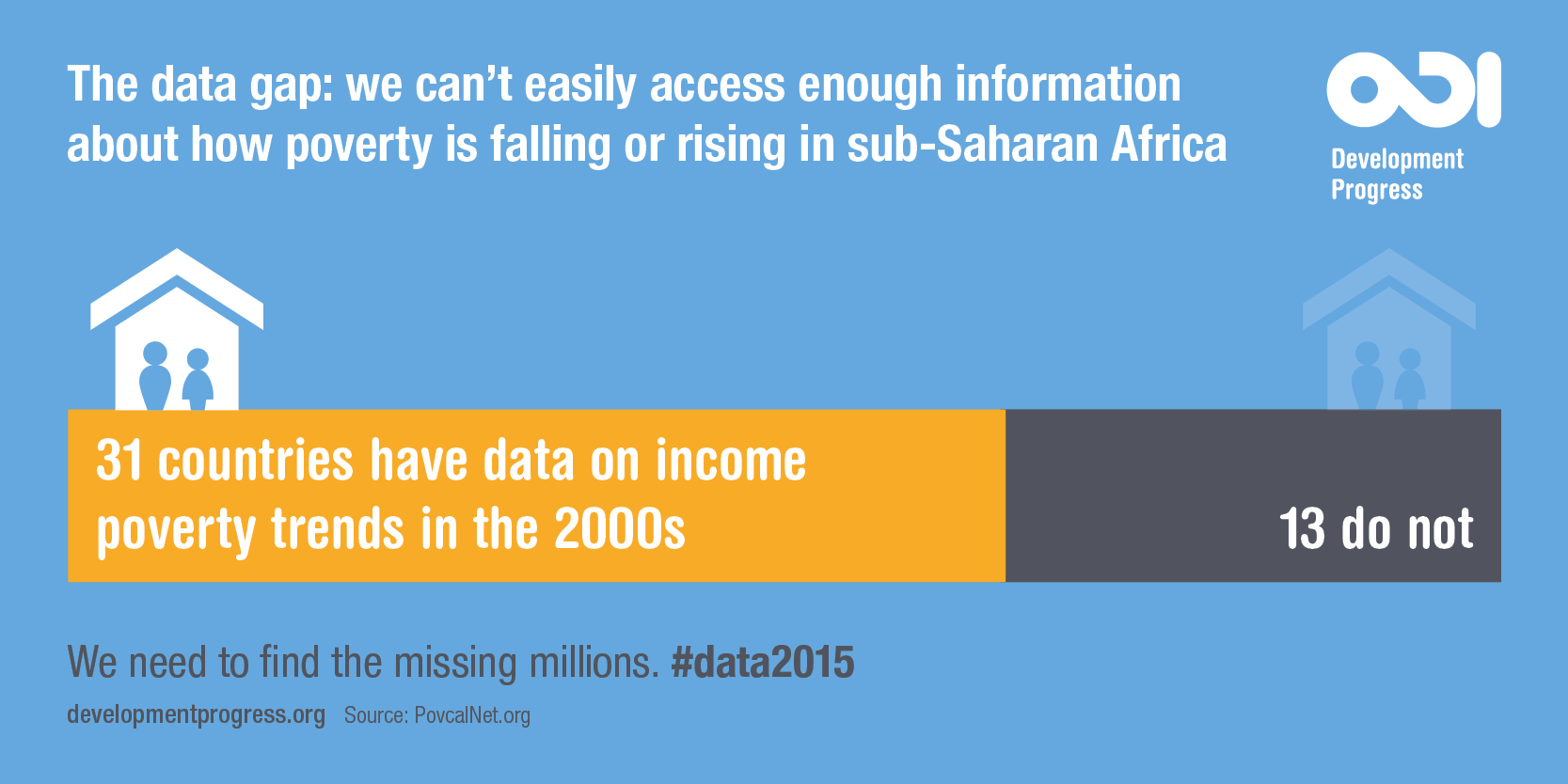 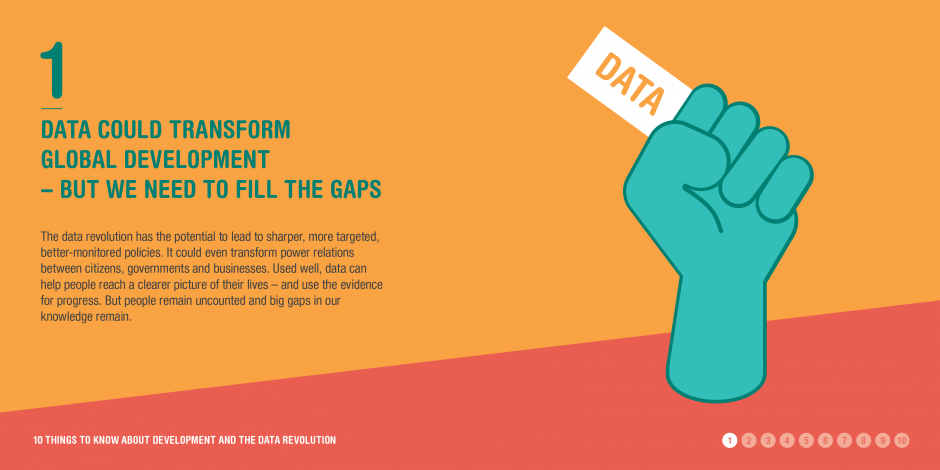 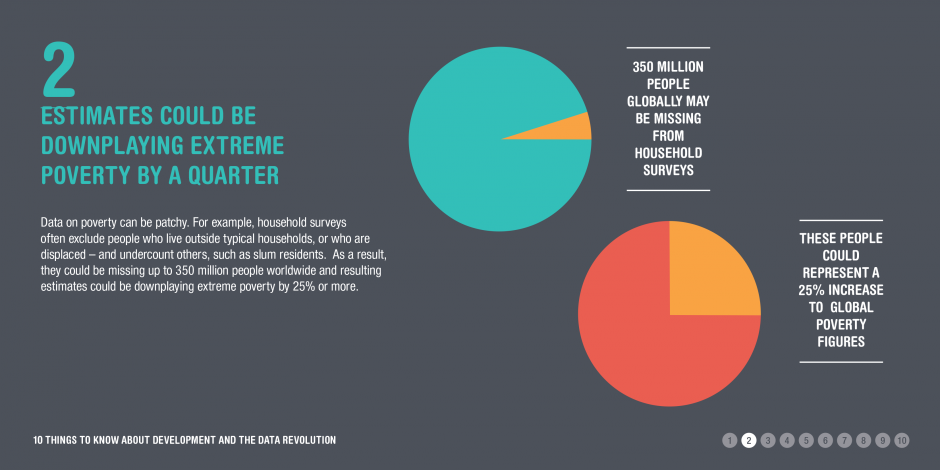 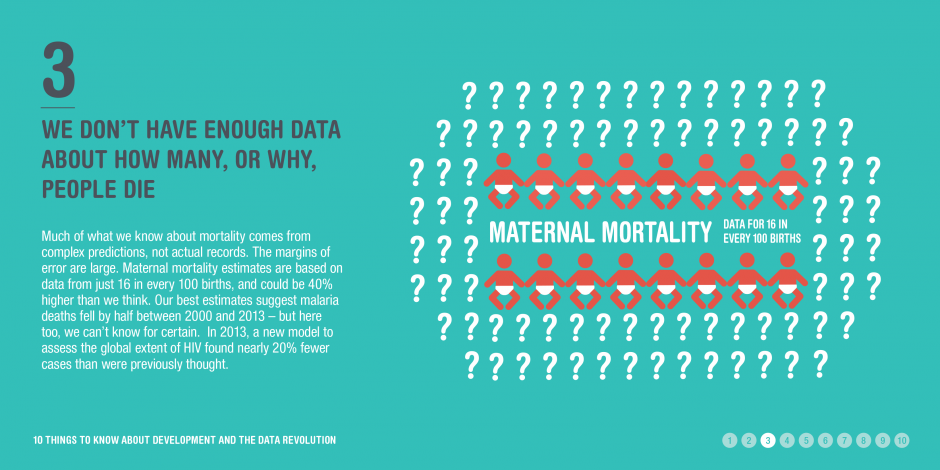 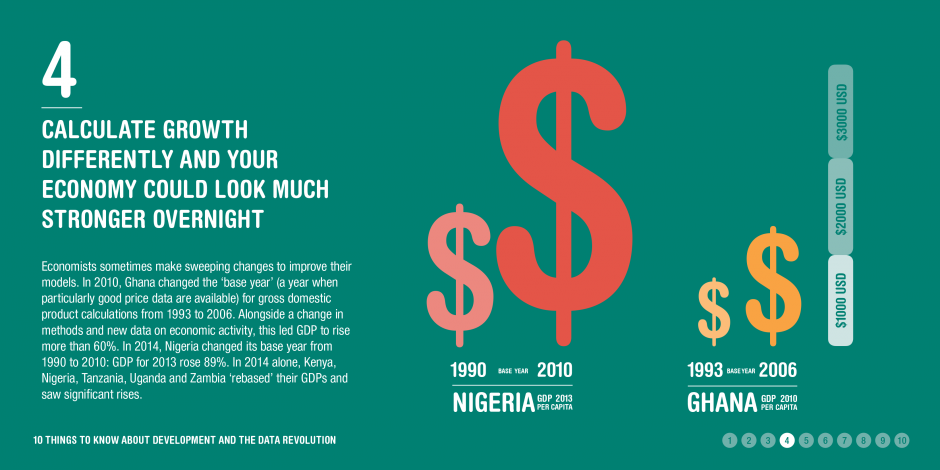 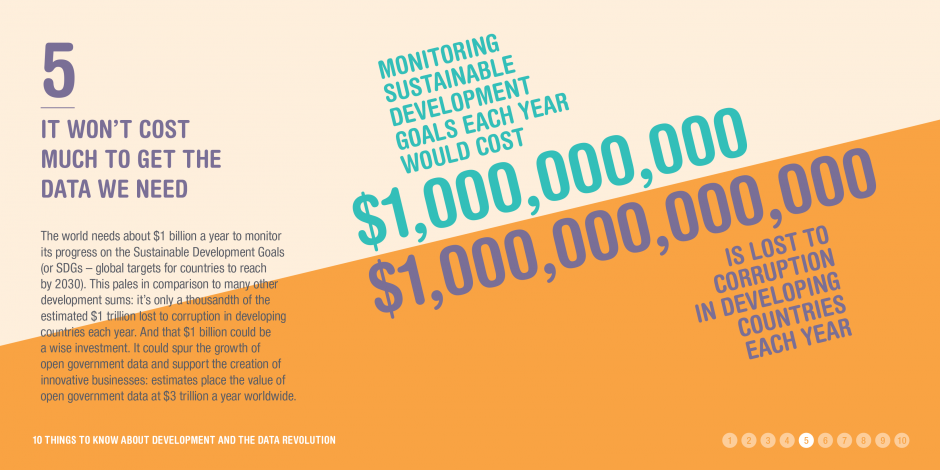 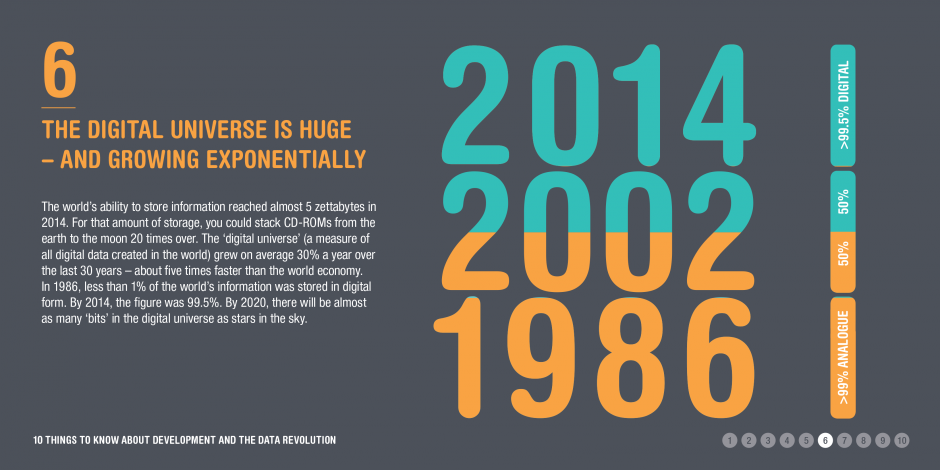 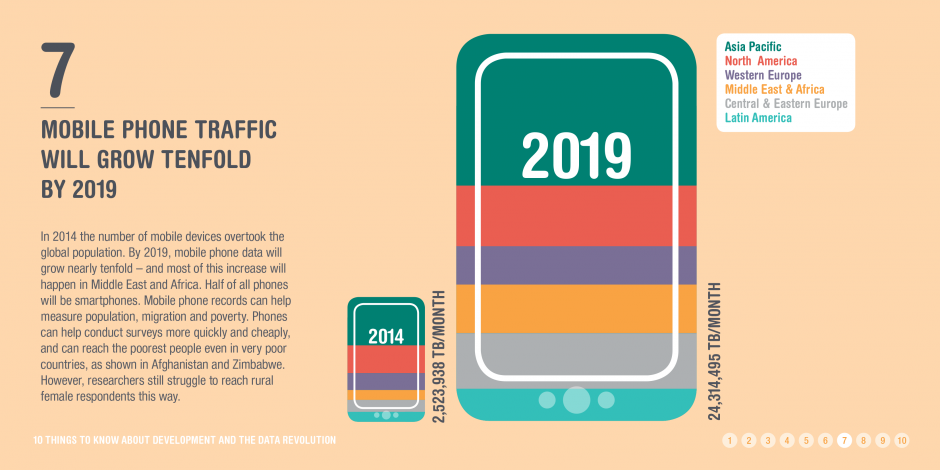 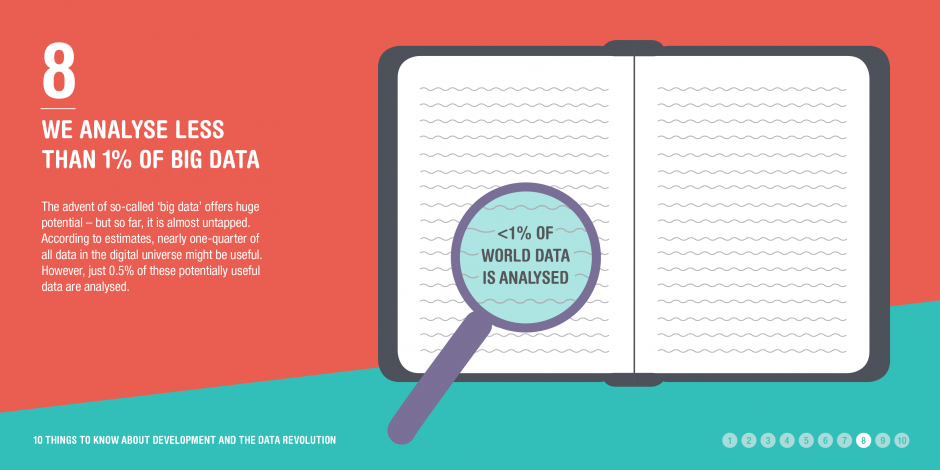 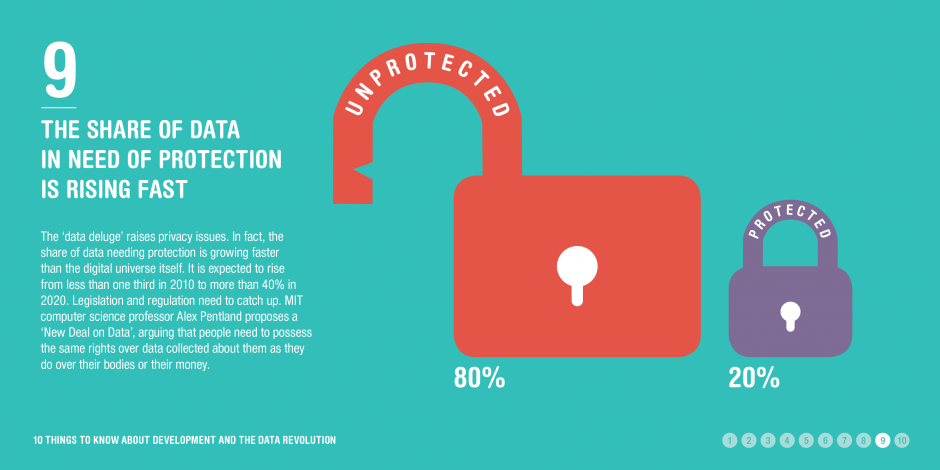 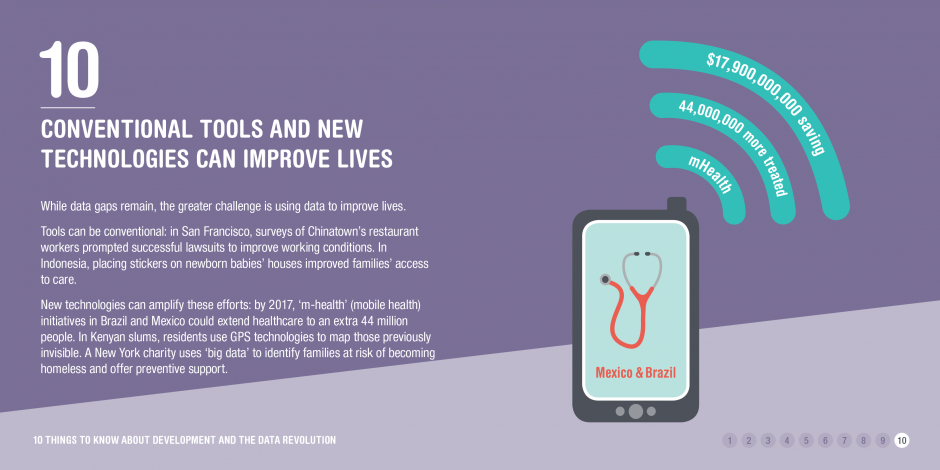 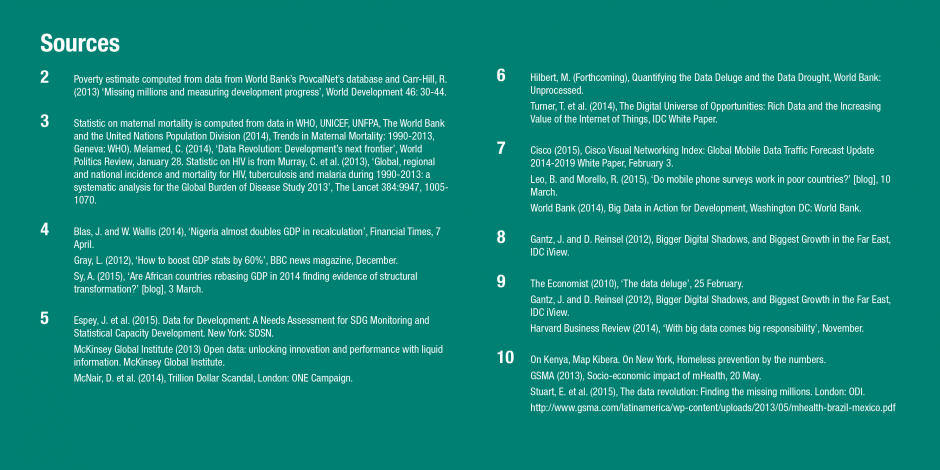 ​Infographic one: Amended to include the estimate and upper estimate of maternal deaths, and to remove lower estimate, with the text amended accordingly.
Infographic two: Updated to focus on a lower estimate of the extent to which poverty may be underestimated based on those missing from household surveys.
Infographic three: Updated to reflect a longer time window and availability of two estimates necessary to record trends.
Page 12, paragraph 4: This has been clarified to reflect the fact that considerably more data are now available for the 2006-2013 period than was the case at the time the Chandy (2013) paper was written.
Page 13, paragraph 1: Paragraph and footnote updated to reflect the fact that more recent poverty data are now available for Botswana.
Page 13, paragraph 3: Amended to read: ‘poverty figures could be understated by at least onequarter’. This is to reflect that the numbers are in-house computations ofCarr-Hill (2013) data.