Teenage pregnancy has long been a problem in Sierra Leone. In 2013 the country’s rate ranked among the ten highest in the world, with 28% of girls aged 15-19 pregnant or already having given birth at least once (UNFPA, 2015: 5). Anecdotal evidence points to an increase in these rates due to the Ebola crisis and the emergency measures put in place to respond to it.

Ahead of the development of the new National Strategy for the Reduction of Teenage Pregnancy in Sierra Leone, this paper scopes the extent of the problem, outlines common intervention types and highlights some of the gaps and questions raised by current programming responses.

Ultimately, this report reinforces the need to understand teenage pregnancy as a multifaceted problem, and highlights a reliance on certain common programming strategies that focus on the health and education aspects of the problem while overlooking the socio-cultural and justice aspects. 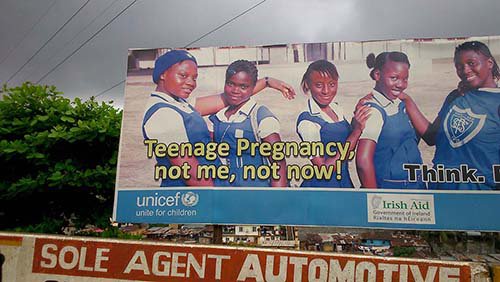