This flagship report offers the first systematic attempt to project progress across the full Sustainable Development Goal (SDG) agenda, showing where – if current trends continue – the world will be in 15 years’ time. Our findings serve as a wake-up call on just how much more effort will be needed to reach the new goals.

Gathering together the best available projections, we provide a ‘scorecard’ against 17 targets – one per goal. This shows that, without increased effort, none of the goals and examined targets will be met. The scorecard reveals how much faster progress will need to be, classing targets as needing ‘reform’, ‘revolution’ and ‘reversal’.

The greatest cause for optimism can be found in projections on ending extreme poverty, economic growth in least-developed countries and halting deforestation – we are on course to get more than halfway towards each of these targets by 2030. A larger number of targets, including much of the Millennium Development Goal's ‘unfinished business’, will need to speed progress by multiples of current rates to see success in time. A final cluster requires outright reversal in trajectories; this includes reducing inequality, limiting slum populations, combating climate change, reducing waste, and protecting marine environments.

Our scorecard is based on global projections, but the level of change needed varies widely across regions and countries. Sub-Saharan Africa is set to be furthest behind. While more substantial progress is likely across South Asia, East Asia and the Pacific, and Latin America, each of these regions will have their own struggles. The biggest environmental impacts are likely to stem from emerging and developed economies.

While our scorecard reveals shortfalls, there is much to be hopeful about. A closer look at recent top-performing countries shows that if others were able to make similar rates of progress, we would get much closer to reaching the goals. Early actions are needed to raise national ambitions and strengthen a focus on equity.

The SDGs must leave no one behind: stories from Ghana 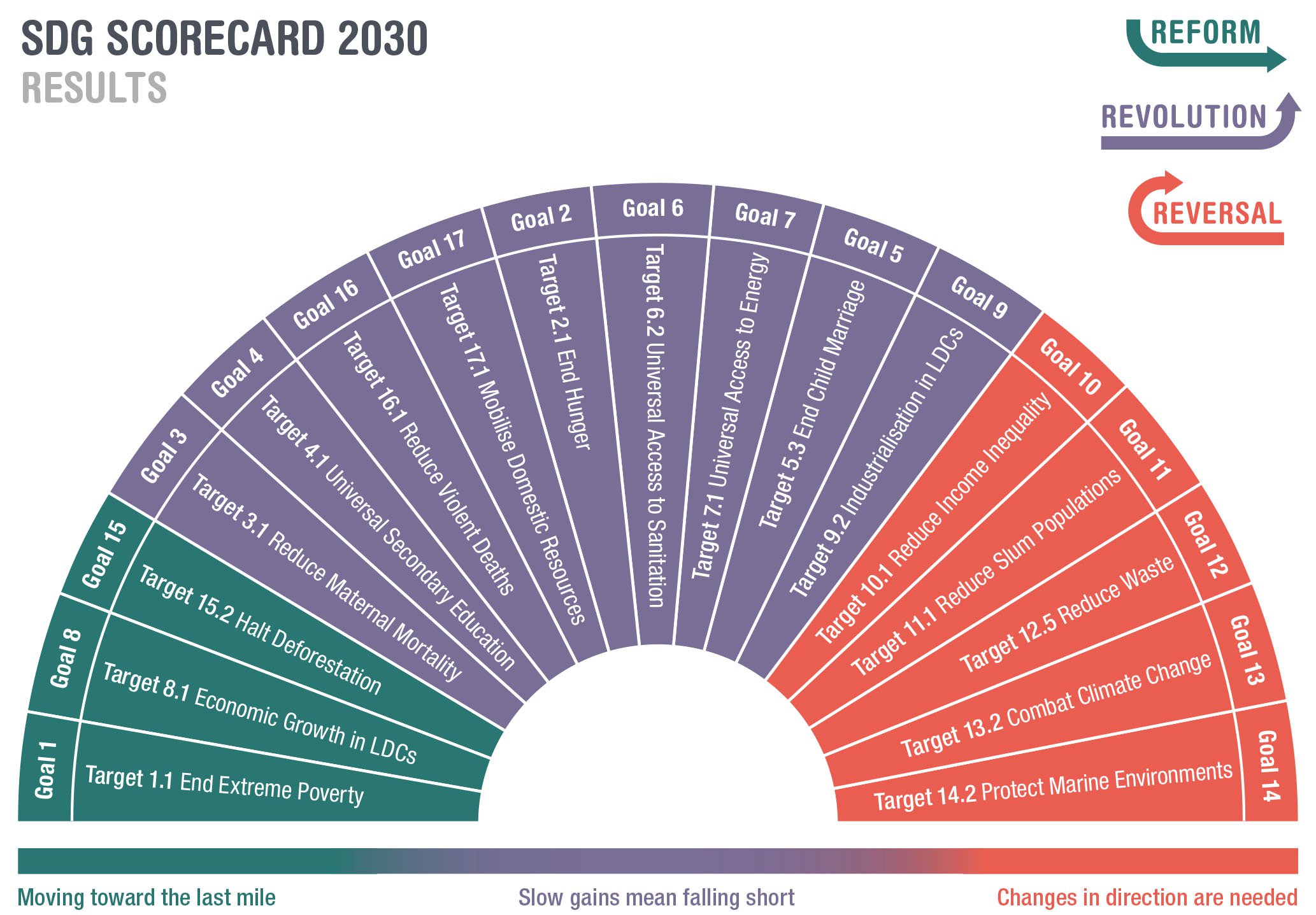 ​The report and annex were amended on 3rd November 2015 to clarify the source for our projections on target 4.1 as well as correcting the source indicator in the first paragraph of boxes 7 and 9 in the report.