Despite strong climate ambition and national plans, Colombia’s transition to a climate-compatible future is not yet on track. In the context of the global energy transition – the shift from fossil fuels to renewables – Colombia’s prospects as a major exporter of hydrocarbons are diminishing, with major importers of Colombian coal committing to phase-out coal-fired power and oil demand significantly fluctuating.

The Colombian government continues to support the production and consumption of fossil fuels, including through Ecopetrol, the majority publicly-owned national oil company which is responsible for over 60% of fossil fuel production in the country.

This latest paper by ODI, with support from Transforma and based on data from the Organisation for Economic Co-operation and Development, shows that the Colombian government provided at least 5,610 billion pesos (around USD 1.7 billion) in subsidies to fossil fuel production and consumption in 2019, with around 60% of these directed to petroleum. 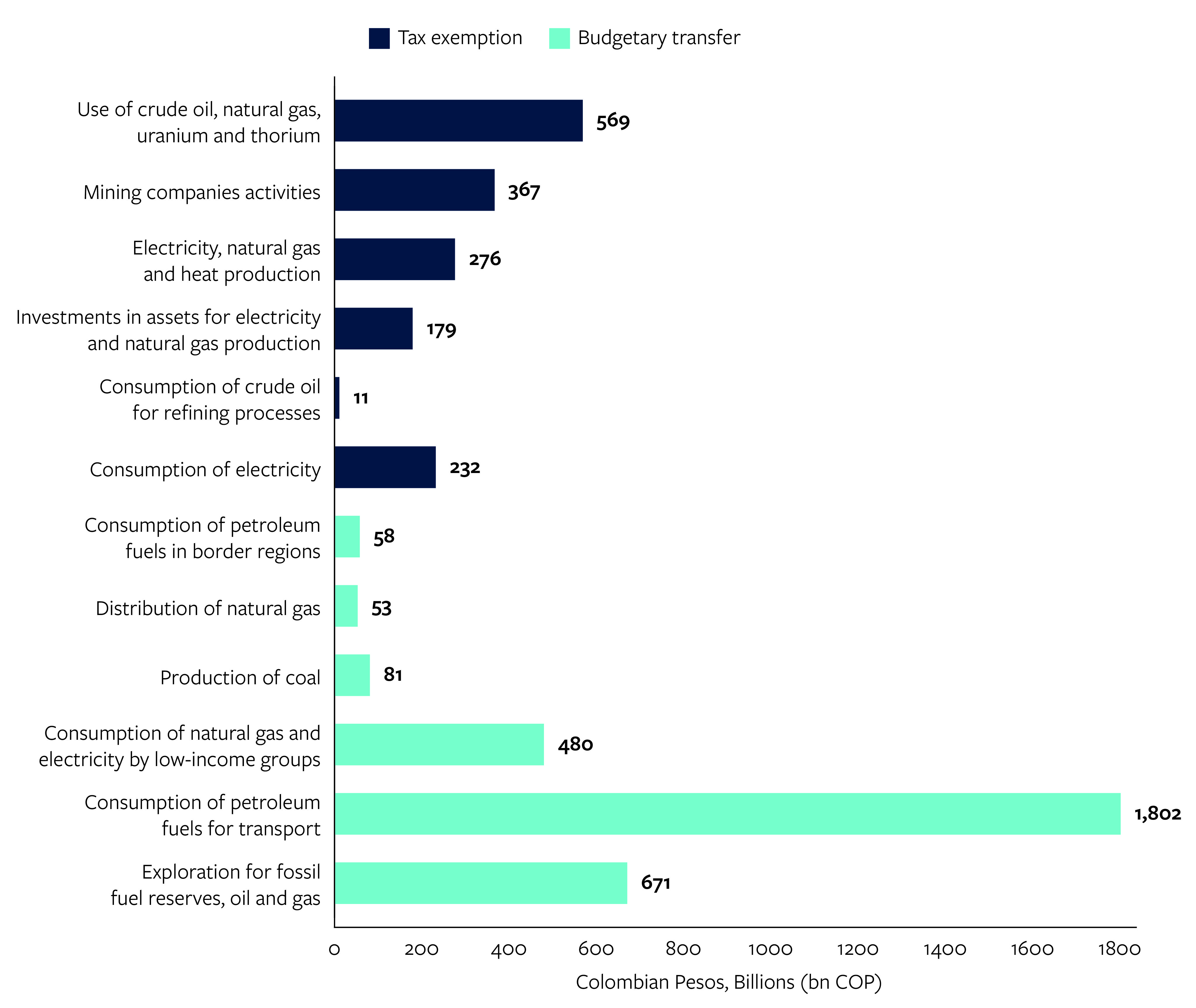