The Public Expenditure and Financial Accountability (PEFA) framework has been hugely successful in harmonising approaches to public financial management (PFM) systems in developing countries, and remains the most comprehensive indicator of PFM to date. However, not all elements of the framework are universally relevant, and indicators do not always capture which systems are not working or why. Despite guidance from its Secretariat, PEFA ratings continue to be used as an end in themselves – to determine what systems should look like.

As the influence of the PEFA framework has grown, so too have the incentives to implement reforms that change how the system looks but not how well it functions. PEFA ratings should be just one input in any reform process. More could be done to interpret which ratings matter in each national context, and why. More broadly, there is a need to revisit and rigorously evaluate the effectiveness of donors’ approaches to supporting PFM reform. 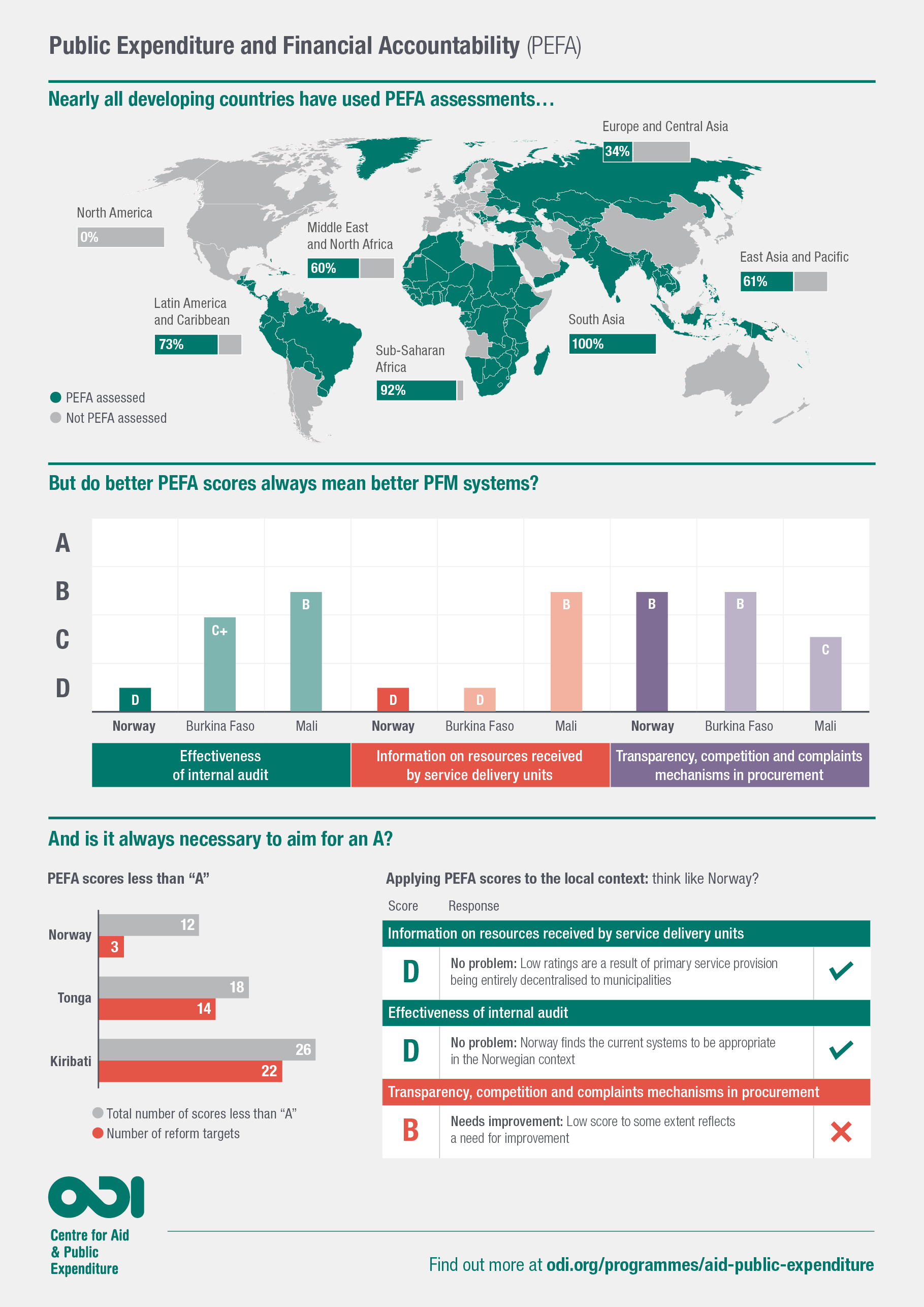