Hero image description: St Vincent and the Grenadines survey results: If you were at risk from storms and flooding or volcanic eruptions, what would be your preferred solution? Image credit:ODI, 2016 Image license:CC-BY-NC 4.0

In St Vincent and the Grenadines (SVG), destructive disaster events are common. These infographics show why small island developing states (SIDS) such as SVG are so vulnerable to disasters, and some of the policy and practice options for managing disaster risk. 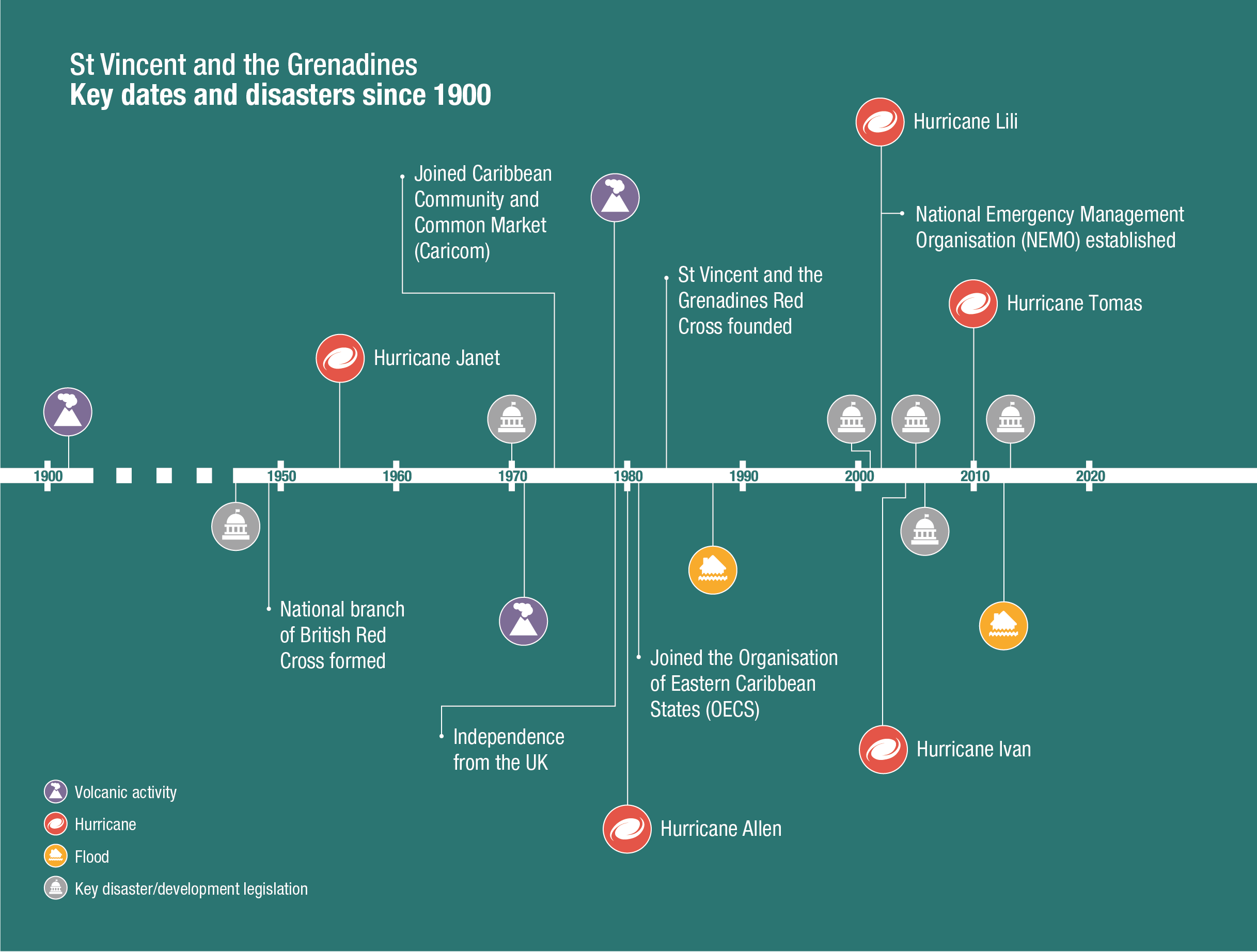 Destructive disaster events – such as the volcanic eruption in 1902 that killed 1,565 people – are common to St Vincent and the Grenadines (SVG). Laws and policies have been introduced to manage risk but the challenge for SVG is not a small one. As a SIDS, it has particular geographical constraints. SIDS are economically fragile because of their small size, insularity, remoteness and environmental fragility. But they are also prone to hurricanes, storm surge and flash-floods (most are located in the tropics) and sea-level rise. Volcanic SIDS are also affected by eruptions, landslides and earthquakes. 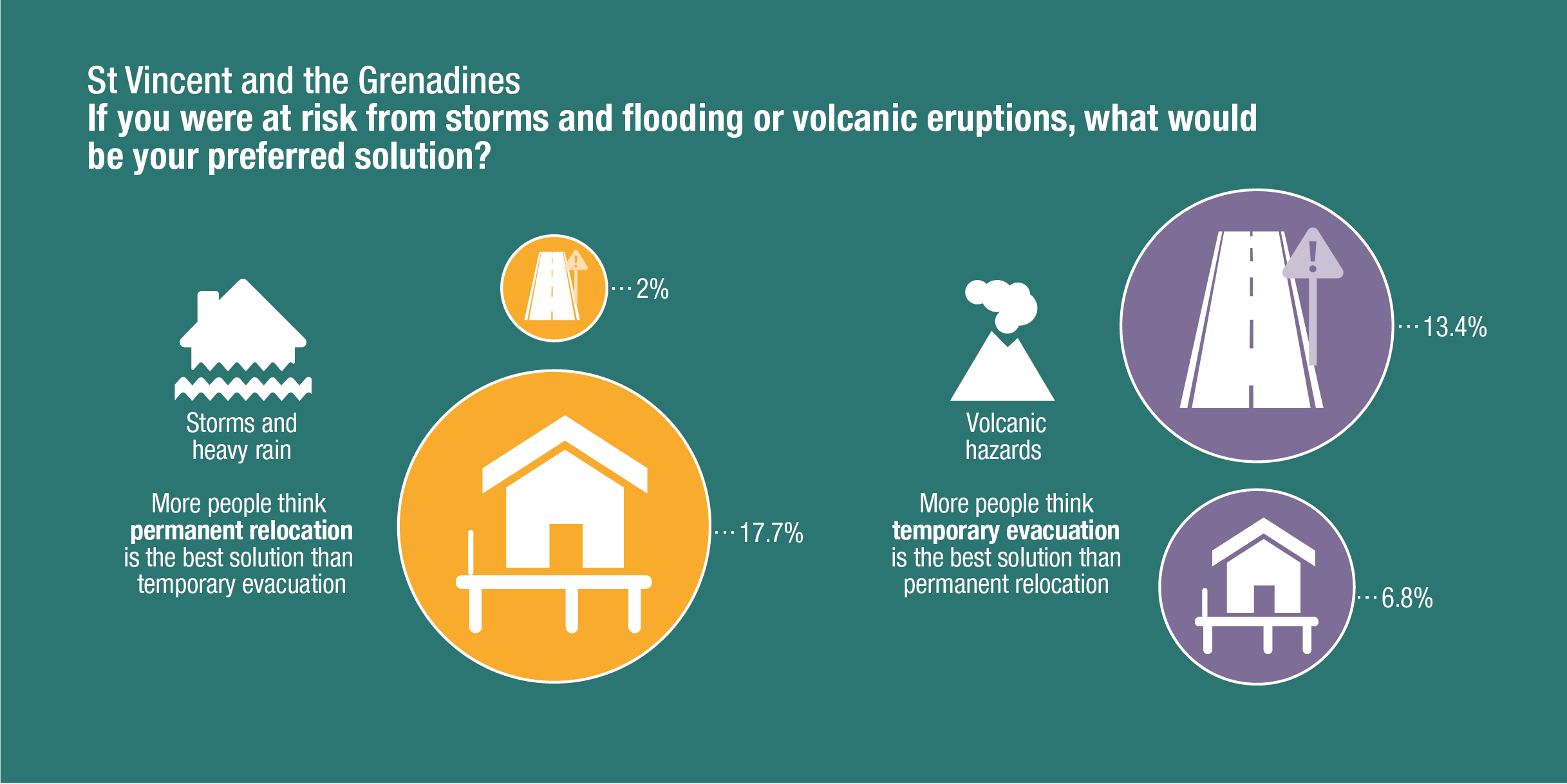 In SVG, the multiple eruptions of La Soufrière volcano have caused numerous fatalities and severe damage. But despite this major threat, people continue to live close to the volcano because soils are fertile. A survey of 400 people confirmed this preference for not moving: of those interviewed, many more opted for ‘better evacuation’ than relocation as a preferred solution to volcanic risk.

The opposite was true in the case of storms and heavy rains, with more respondents saying they would like to be relocated to safer housing.

Strengthening resilience to limit impacts from renewed volcanic activity is challenging but could include low-cost insurance and identifying potential alternative land for displaced farmers. 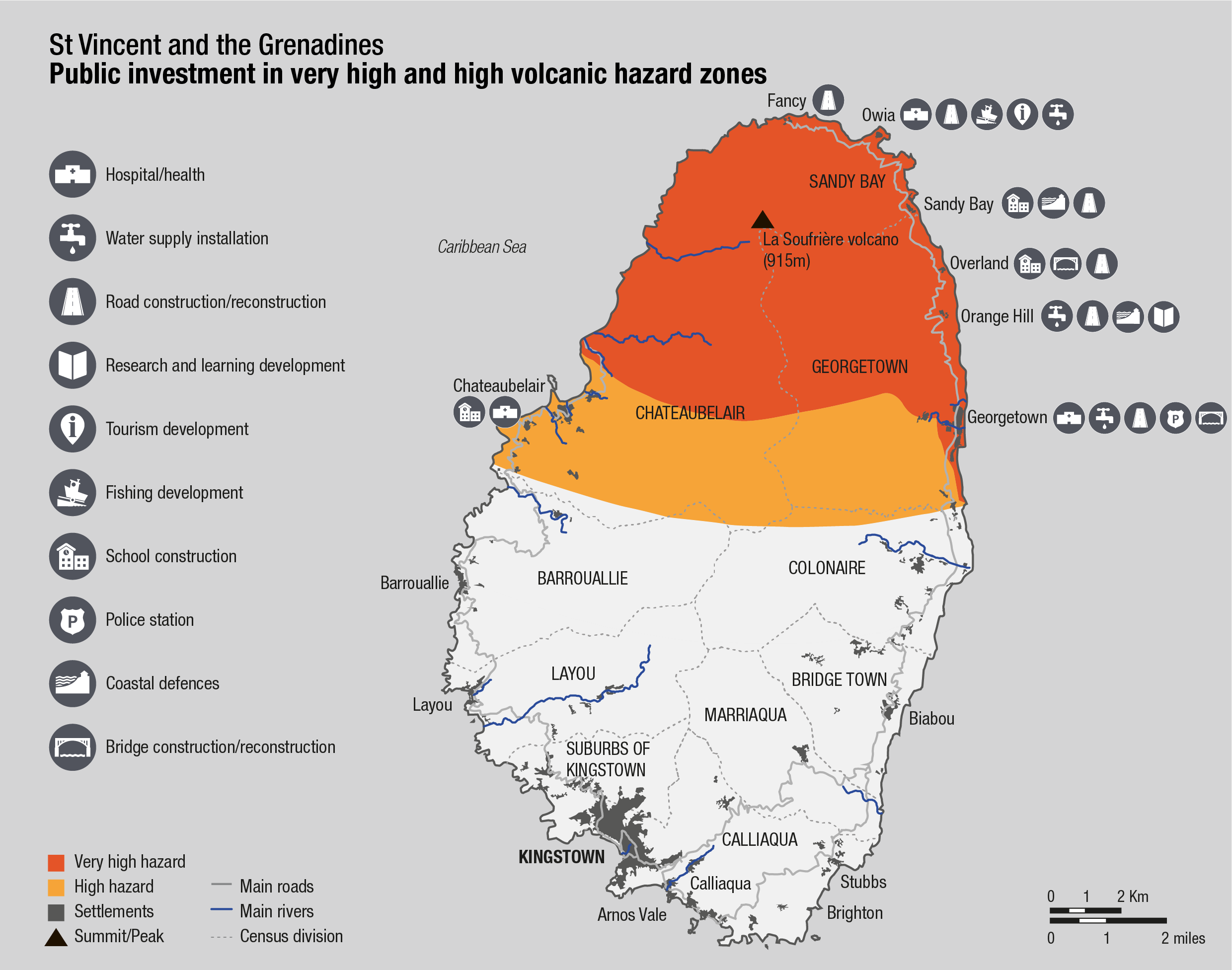 Typically, 5%-20% of the population of volcanic SIDS live in the highest hazard zone, and in some instances this is even higher. In SVG, key public infrastructure investments have been made very close to the volcano.

Read more about the development options on a small volcanic island.