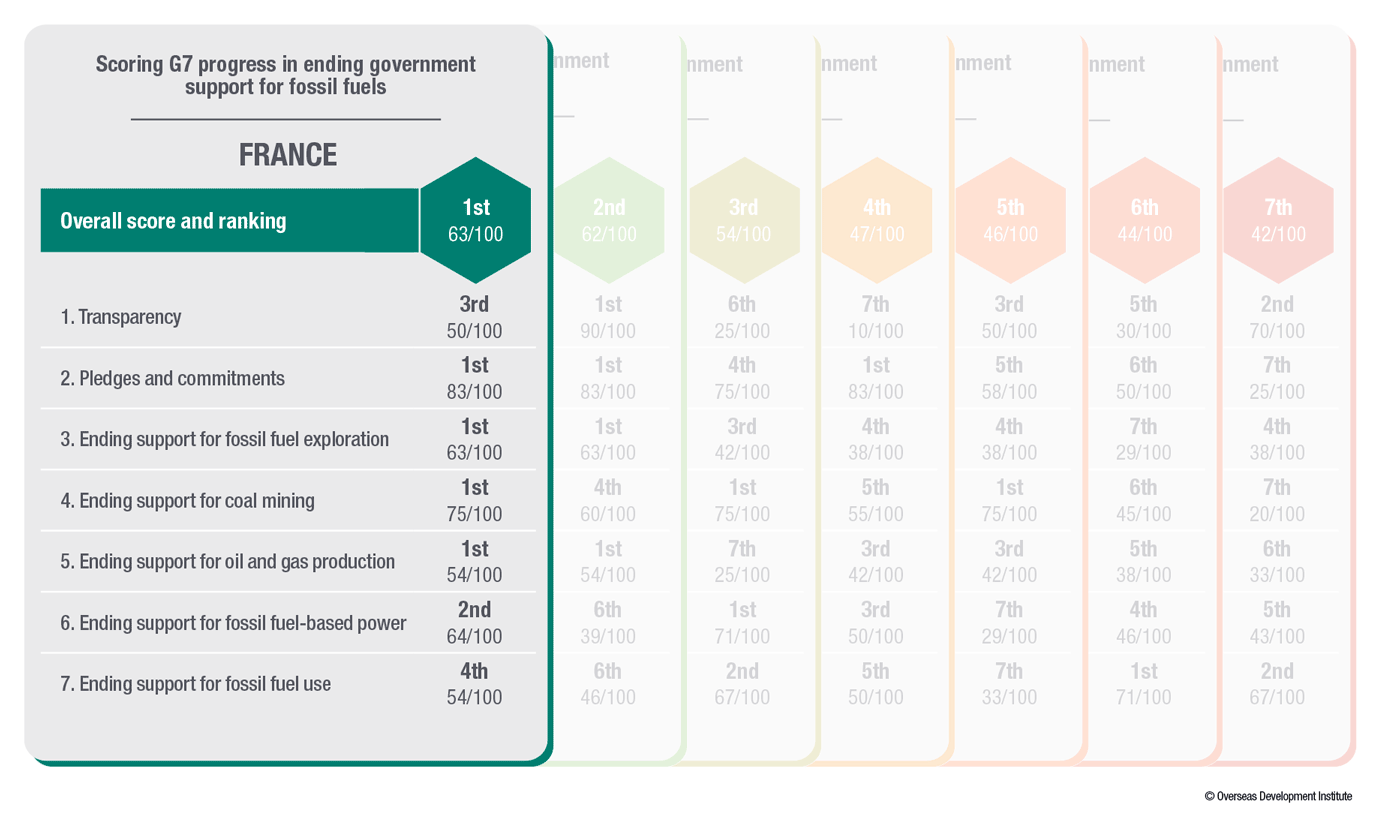 G7 countries (and others around the world) are in the early stages of an energy transition – including, in some areas, a shift away from the production and consumption of fossil fuels. This transition is being driven by decarbonisation objectives and policies, as well as a sharp reduction in the cost of clean technologies. In acknowledgement of this, every year since 2009 the G7, and G20, have committed to phase out fossil fuel subsidies, along with related commitments under the Sustainable Development Goals and the Paris Agreement.

While progress is being made to transition away from fossil fuels, this analysis shows that G7 governments continue to provide at least $100 billion in subsidies to the production and use of coal, oil and gas, which may hinder or delay these shifts. Despite their numerous commitments, not only have G7 governments taken limited action to address fossil fuel subsidies but they have also failed to put in place any mechanisms to define and document the full extent of their support to oil, gas and coal, or to hold themselves accountable for achieving these pledges. The G7 fossil fuel subsidy scorecard aims to address this accountability gap and track, for the first time, each G7 country’s progress in phasing out fossil fuel subsidies across seven indicators.

The authors find that, with less than seven years to meet their 2025 phase-out deadline, G7 governments continue to provide substantial support the production and use of oil, gas and coal. On average per year in 2015 and 2016 the G7 governments gave at least $81 billion in fiscal support and $20 billion in public finance, for both production and consumption of oil, gas and coal at home and overseas. 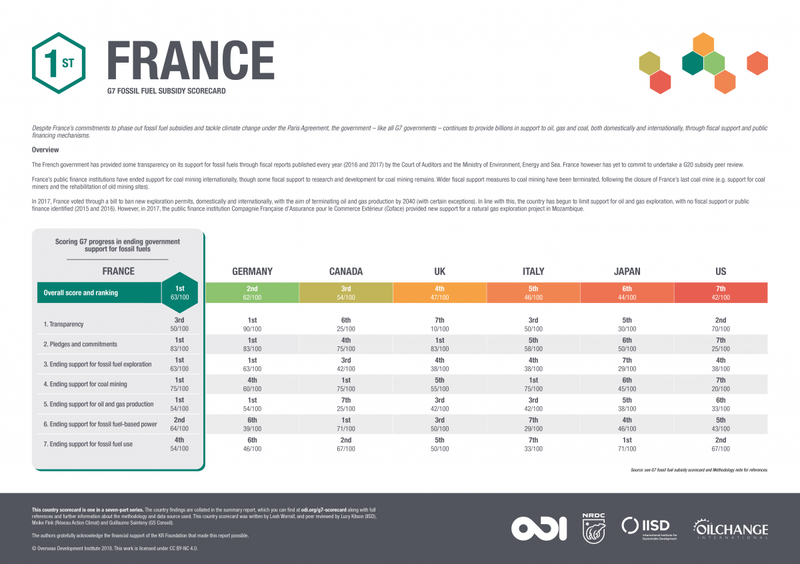 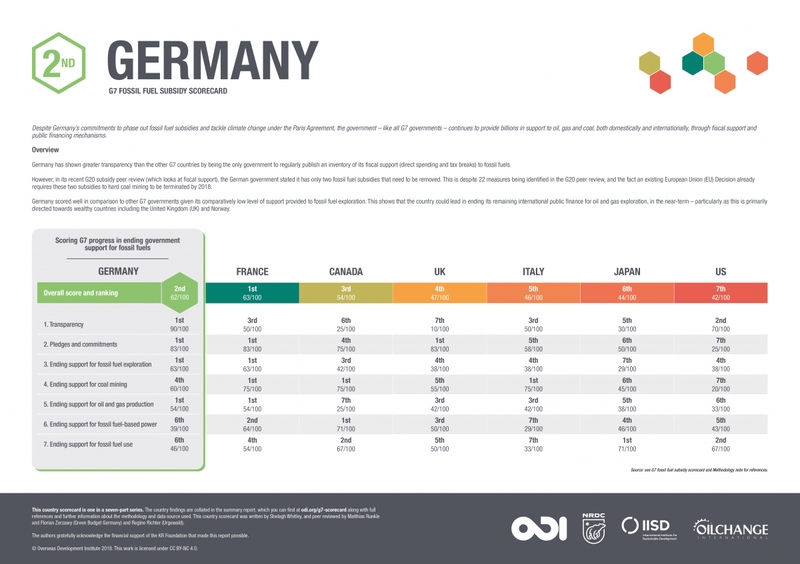 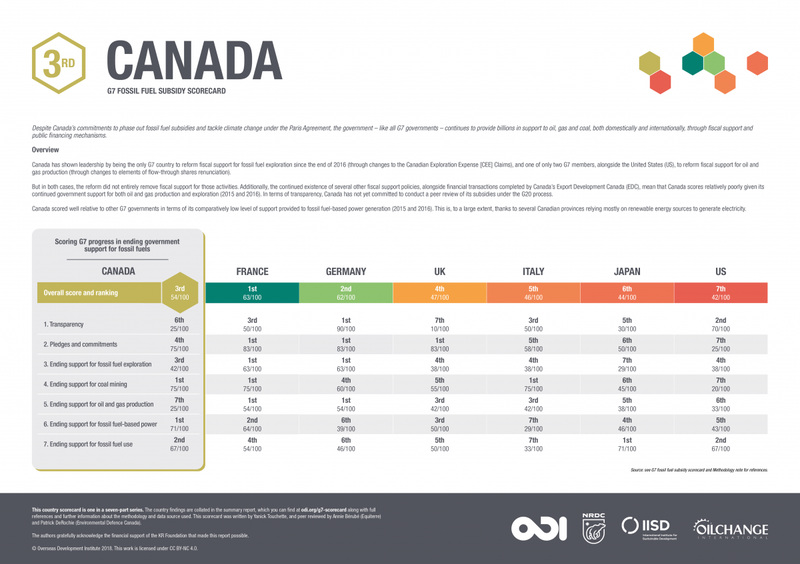 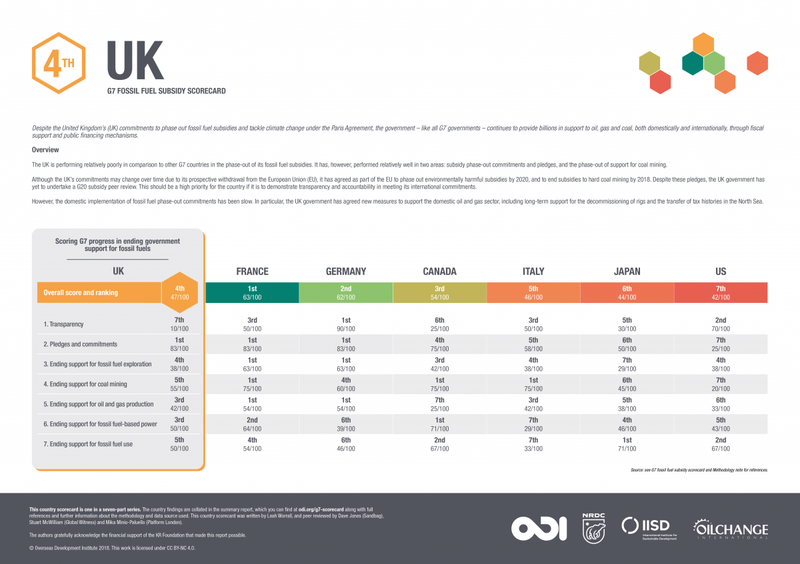 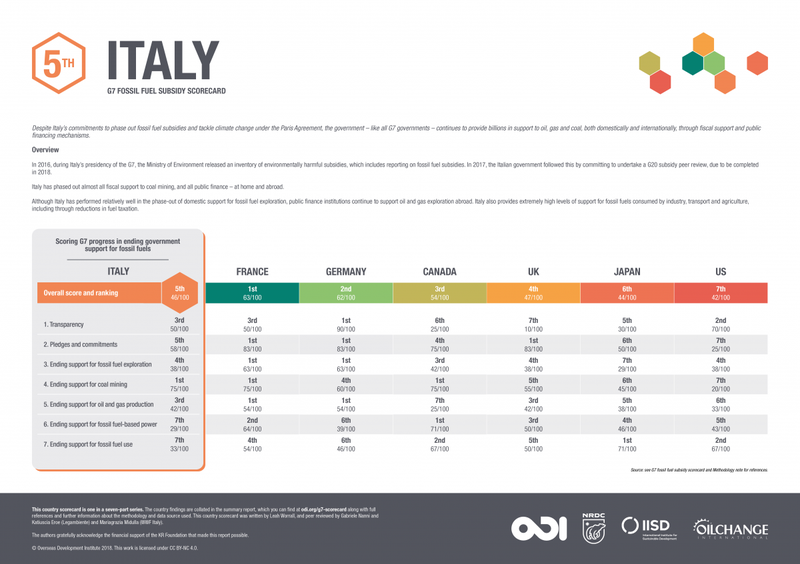 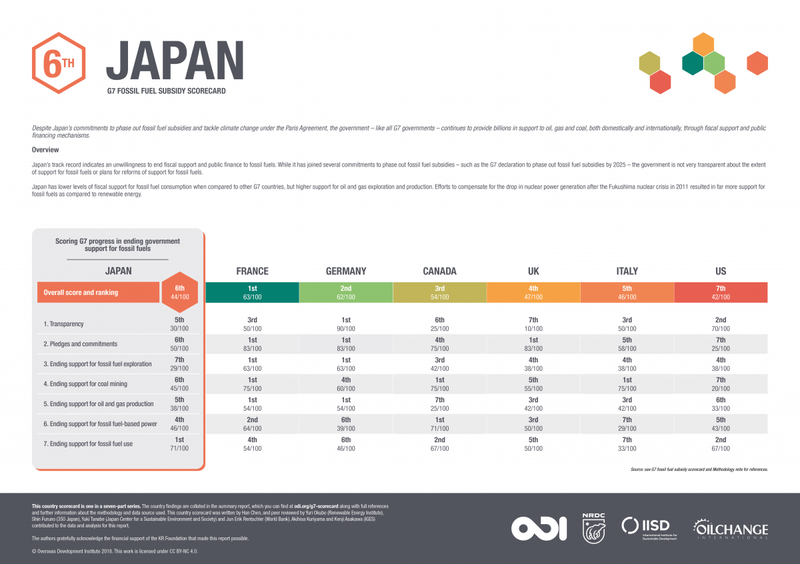 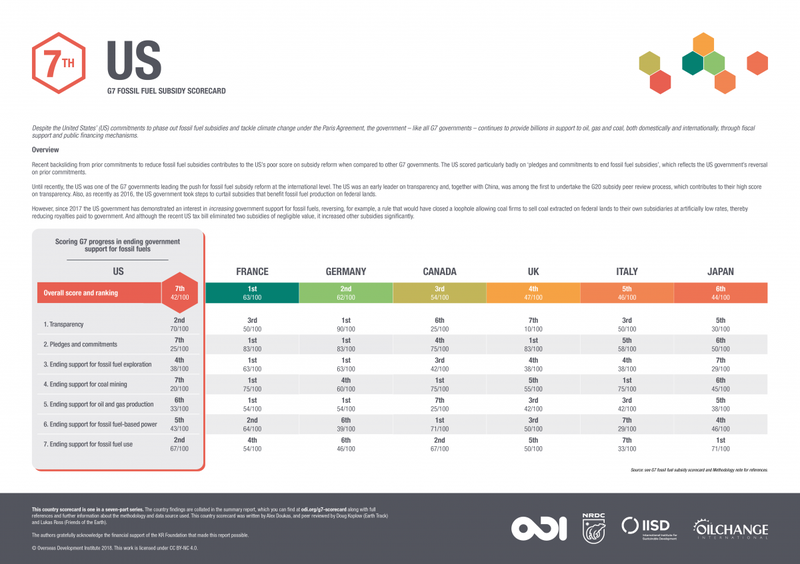 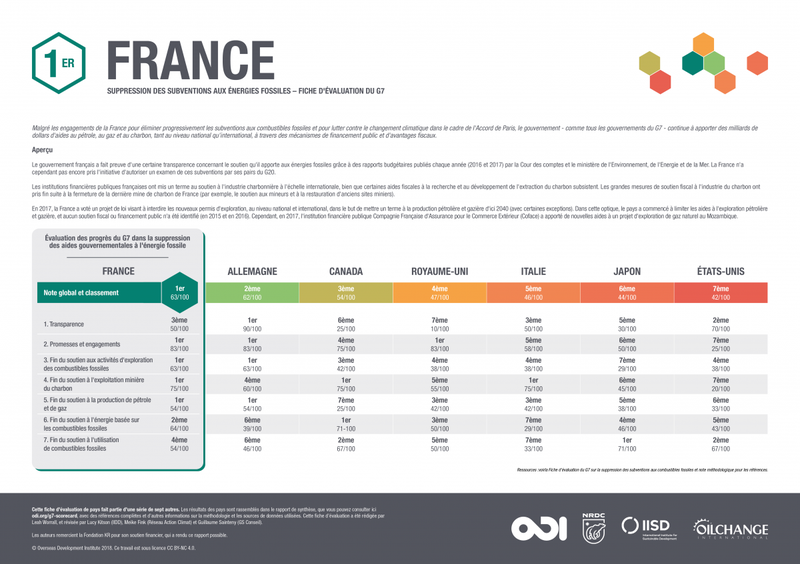 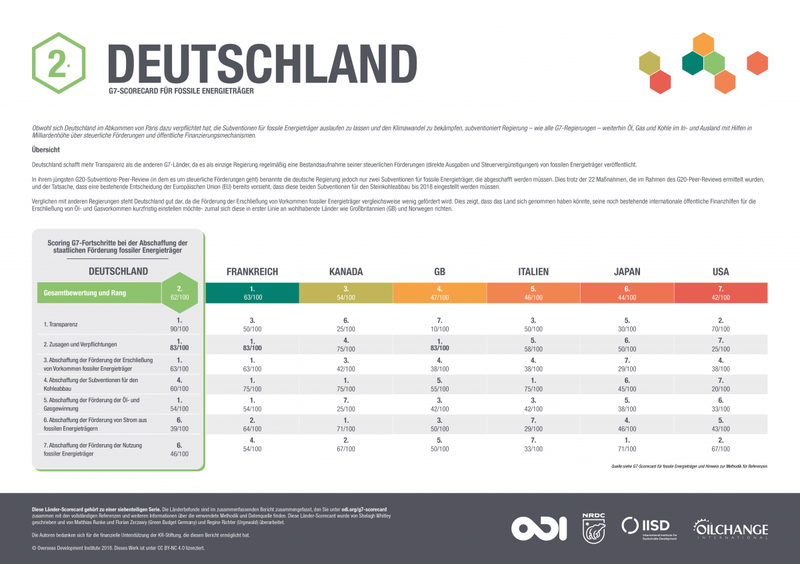 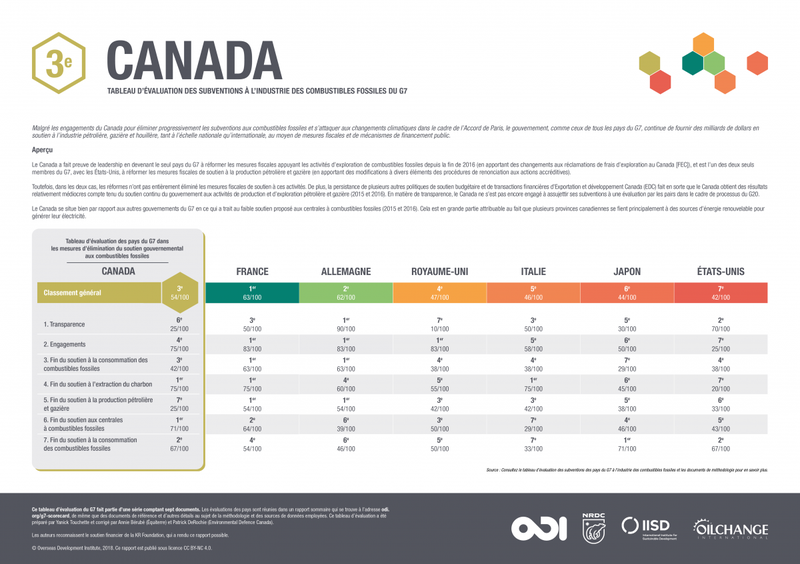 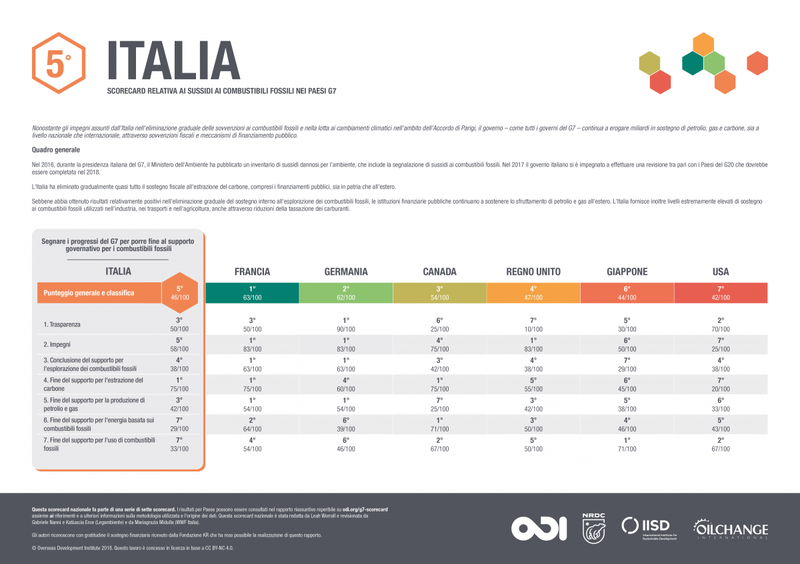 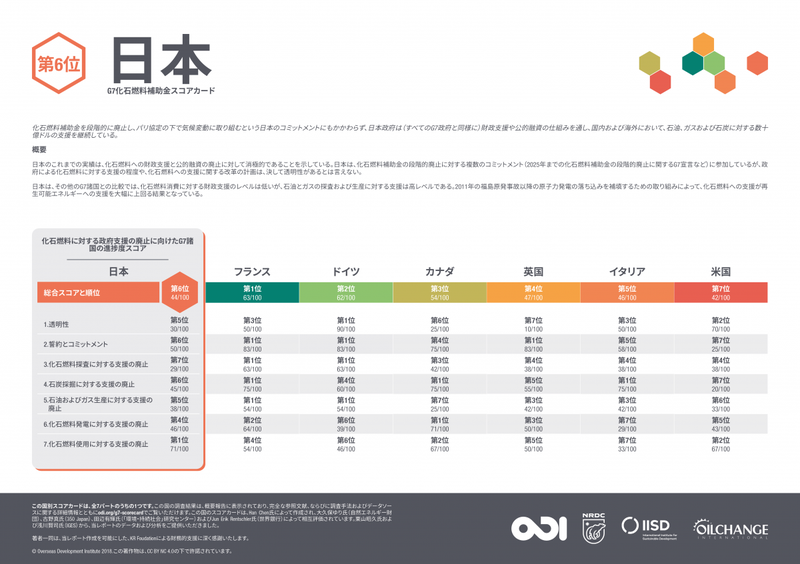 Are the G7 on track to phase out fossil fuel subsidies by 2025?