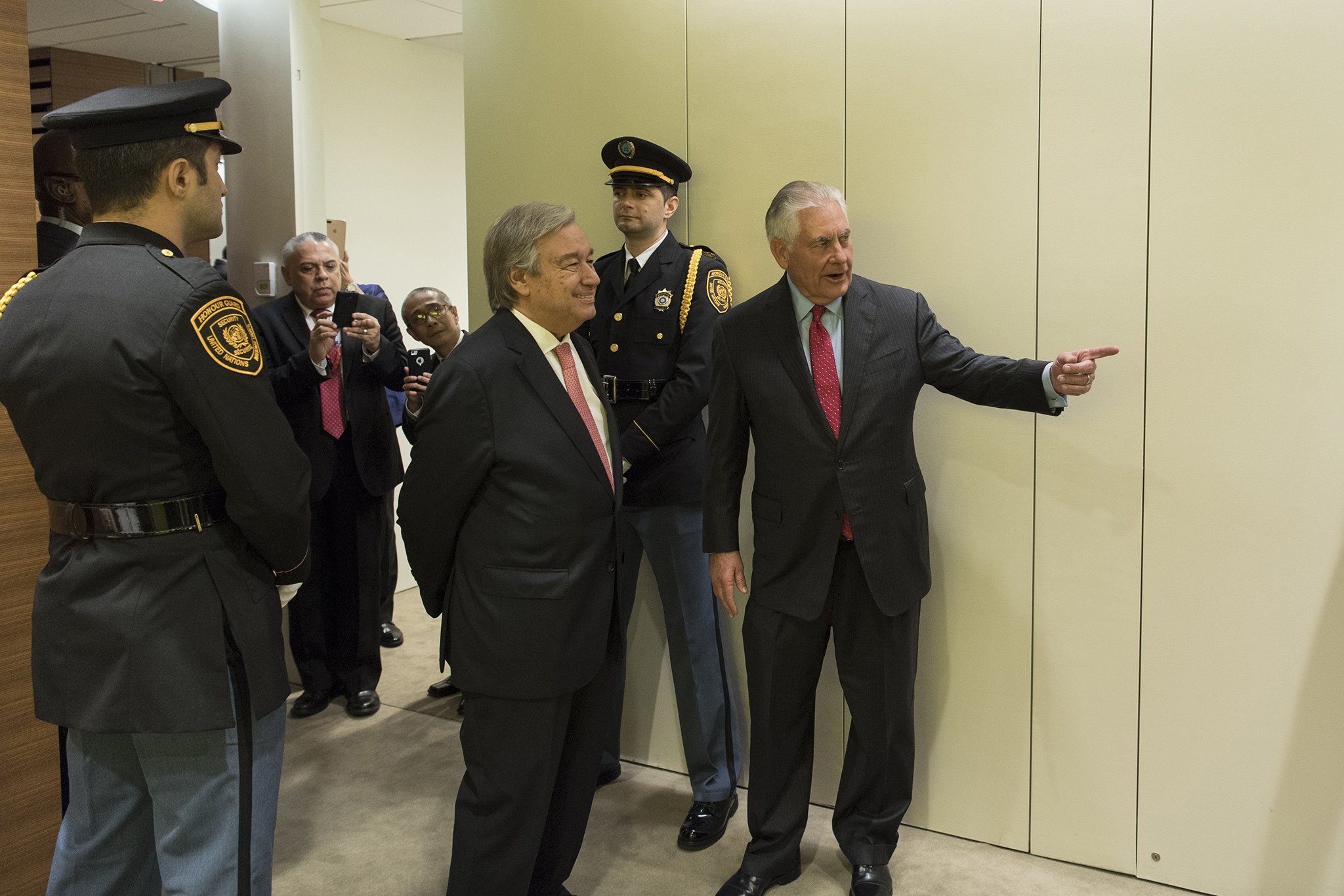 Is the world falling apart? Or are we banding together, despite our differences, to solve common problems? We might find out this week in New York, where world leaders are making their annual pilgrimage to the United Nations General Assembly for speeches, summitry, soirées and traffic jams.

The big news this year won’t be a grand new agreement, but who is on the dais. The UN has a new Secretary-General, António Guterres, who has vowed to take the UN ‘back-to-basics’ to create a leaner, more effective organisation focused on the fundamentals of the UN charter – peace and security, and building resilient societies that leave no one behind. Our work suggests that this ‘sustaining peace’ agenda could be a powerful tool for a world confronting a series of inter-related crises: rising violence, rising inequality, rising temperatures and seas, and rising forced migration.

The other new face at the UN this year will be US President Donald Trump, whose ‘America First’ dogma bears deep scepticism for multilateral cooperation in general, and the UN in particular. He has assailed the UN as, ‘just a club for people to get together, talk and have a good time. So sad!’ and said that, ‘The United Nations is not a friend of democracy. It’s not a friend to freedom. It’s not a friend even to the United States of America.’

He also proposed cuts to UN funding that even members of his own party called ‘massive and just devastating’. Despite President Trump having also said that the UN has ‘great potential’ and that he was once ‘a big fan’, a blast of populist bombast from the world’s stage in New York will deepen the entropy that is tearing apart the post-second world war consensus that established the UN.

The sad irony here is that the United Nations, from its founding until today, is deeply aligned with American values and policy objectives – including those of President Trump. Consider migration: UN policy has always been to support legal migration and uphold the rights of those fleeing violence and oppression. It also works vigorously to help refugees and displaced people to find employment and education, live productive lives, and to go back home when possible.

Over the last two years, ODI has been exploring the links between migration and these wider development outcomes, finding important and under-explored interrelationships that impact the achievement of all of the Sustainable Development Goals. International peacekeeping, disaster assistance, combatting piracy and slavery, addressing root causes of conflict and extremism – these are the things that have made the UN worthwhile despite its flaws, and which have substantially lifted the burden on the US and shared it across many nations.

The sad irony here is that the United Nations, from its founding until today, is deeply aligned with American values and policy objectives – including those of President Trump.

Indeed, as we saw following the announcement of the US’s withdrawal from the Paris Climate Accords, the world has shown that it can move forward without leadership from Washington. In the two years since the Sustainable Development Goals were agreed, some countries are forging ahead at a rapid pace to leave no one behind, while others are dragging their feet. Advancing individual opportunity in the hardest places is not only possible, but essential. UNGA 72 will be a critical opportunity to galvanise action – and many countries and private-sector leaders are pushing forward with forums sponsored by Bloomberg, the Gates Foundation, and the Guardian among others. Progress will go to those who get an early start.

A partnership between António and Donald for reform on a few key issues could rescue the UN (and many disunited nations), save millions of lives and actually help an America struggling with its own demons. Sounds like a good deal to me.