Manufacturing in sub-Saharan Africa tends to be overlooked. Just last week, the Economist reported that the region’s manufacturing sector as a share of GDP is shrinking.

But African manufacturing is doing better than people think.

Production, employment, trade and foreign direct investment (FDI) in the region’s manufacturing sector have actually increased in real terms over the past decade – and faster than the global average – thanks to strong growth in parts of Africa, domestic policy and institutional improvements, and rising wages in China. 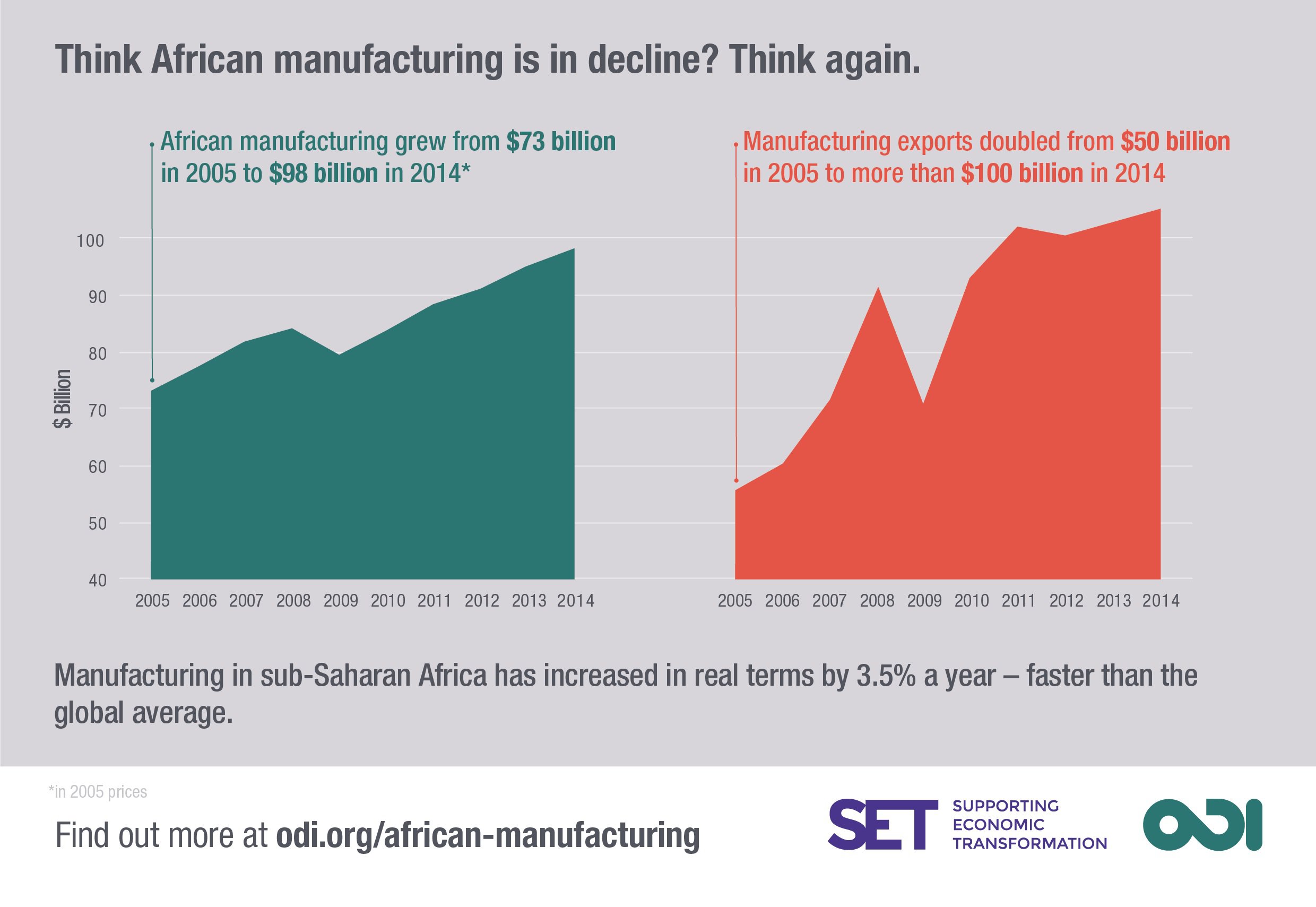 African countries now have a crucial opportunity to attract investment in the higher value-added, export-led manufacturing that is essential for their industrialisation and development.

Policy-makers should learn from and build on exemplary experiences in a range of manufacturing sub-sectors and countries in Africa (like the Ethiopian shoe factory discussed at a recent ODI Supporting Economic Transformation event). Donors can support this process and help make this opportunity a reality.

The evidence shows that African manufacturing is growing in real terms

Let’s first consider the data, which overwhelmingly point to an upturn in manufacturing production, exports and FDI in Africa over the last decade.

The food and beverages sector increased faster than average, partly because of the importance of growing domestic demand. The textiles and clothing sector did less well, unable to withstand competition from Asian imports – but this is now changing due to increased Chinese investment in labour-intensive garment manufacturing, for example in Ethiopia or Rwanda, and to growing regional markets.

Overall, sub-Saharan African manufacturing exports (including re-exports) doubled between 2005 and 2014 to more than $100 billon. Asian countries have become more important destinations. African countries are also increasingly exporting manufactures to each other, from 20% of total manufacturing trade in 2005 to 34% in 2014.

And while the global economic slowdown led to a 30% decline in the value of non-manufacturing African exports to the EU, US, Japan and China in 2015, manufacturing exports – especially to China – held up much more positively. This is important: manufacturing offers African countries a chance to increase resilience to economic shocks. 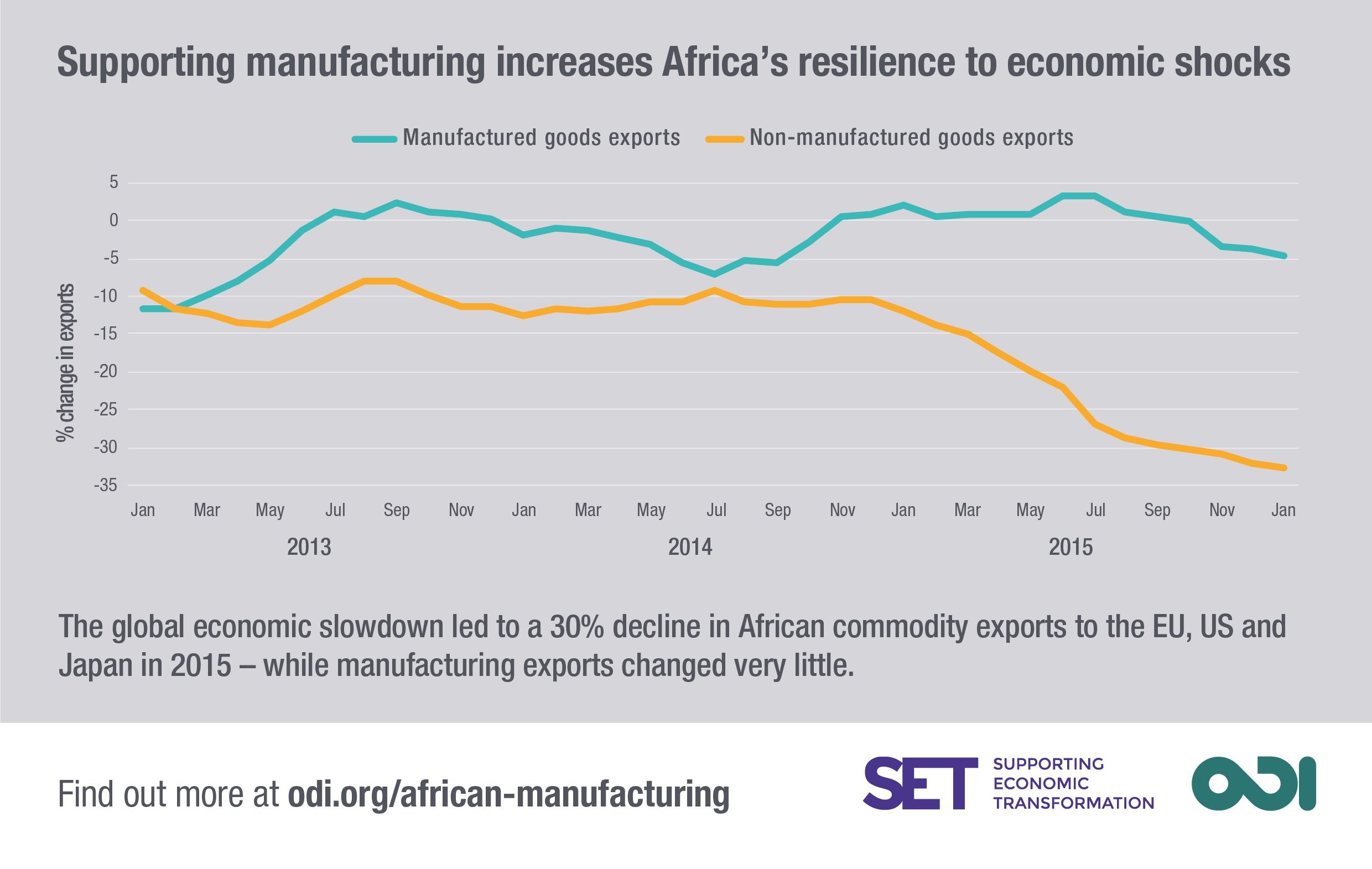 Foreign direct investment in African manufacturing is increasing from a low base, having risen in many countries between 2003-2006 and 2010-2014. And direct investment from one African country to another is now a significant source of FDI, ranging from 4% in Ghana, 25% in Mozambique and Tanzania, to more than 40% in Rwanda.

What can African countries do?

Well performing special economic zones in Ethiopia and Rwanda show that governments can succeed in attracting manufacturing FDI if they really set their minds to it.

So what are the essential elements of a coherent industrial strategy?

‘Plans and frameworks should not become a barrier to action or course correction. Mistakes will be made along the way and money wasted. We have to stay adaptable and flexible.’

What can donors do to support Africa’s industrialisation?

Donors could support a smart industrialisation approach. The forthcoming UK DFID economic development strategy provides a crucial opportunity to ramp up the use of catalytic investments which reduce risks as countries experiment, learn and adjust in their quest for industrialisation.

Developed countries could also actively pursue an import strategy that recognises manufactures made in Africa (see this blog by Helen Hai) – building on the preferential access they already provide by supporting more networking, building links with African value chains, and promoting imports. And they could actively promote FDI into African manufacturing, for example by convening and co-ordinating investment missions open to a wide variety of potential investors.

The conditions for an African manufacturing take-off are present. It’s time to recognise this potential and support a smart approach to industrialisation in the region.

Dr Dirk Willem te Velde in Senior Research Fellow and Director of the Supporting Economic Transformation programme at ODI. ODI and ACET coordinated a set of papers for the African Transformation Forum which was held in Kigali, Rwanda on 14-15 March 2016. 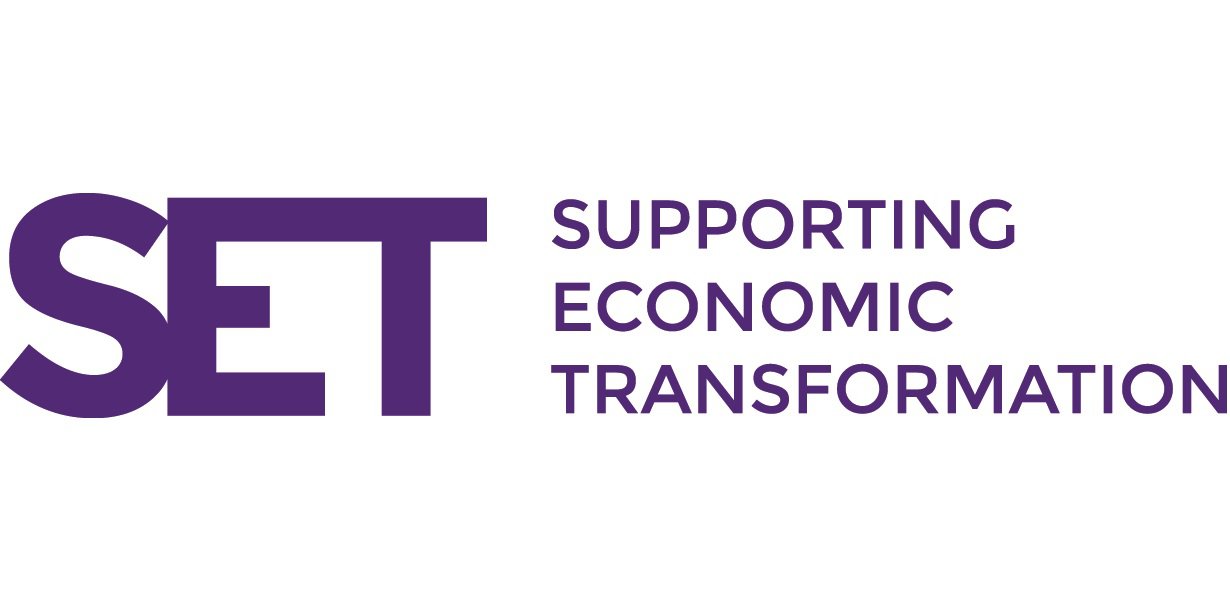