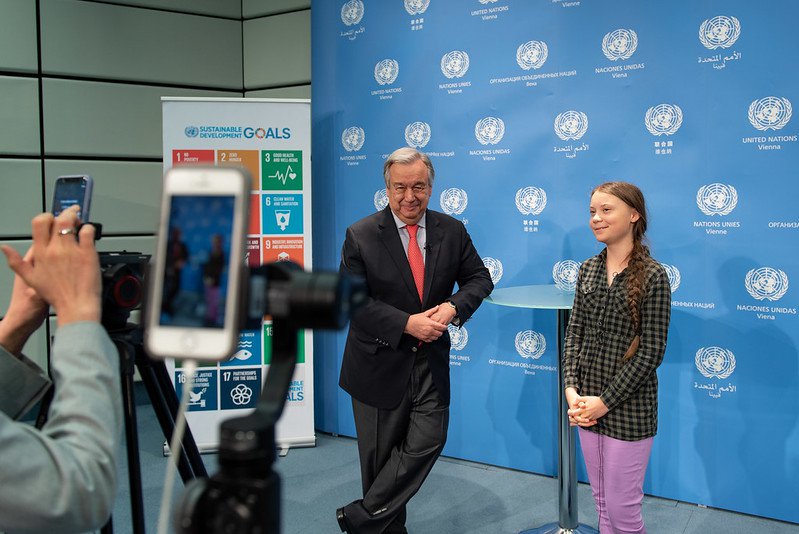 Last year, the UN General Assembly (UNGA) took place after global protests demanding more ambitious climate action. A year on, the 75th UN General Assembly is under way amidst a new set of global crises – but that doesn’t mean that countries can ignore rising global temperatures.

The decisions made in the next few years will determine whether or not humanity successfully holds global warming to well below 2°C. Covid-19 only has underscored the need to think systematically and cooperatively to overcome today’s greatest challenges. UNGA 75 must therefore focus on encouraging all nations to pursue a green economic recovery. This will lay the foundations for bolder commitments at COP26 in 2021 – and ultimately a climate-safe future for all.

This time last year, crowds came together from Manila to Melbourne to protest climate inaction. Within just a few days, the huge turnout galvanised leaders to make ambitious new climate commitments, including pledges to reach net zero emissions by 2050.

But then the world changed. Covid-19 has caused nearly a million deaths, with many others suffering ‘long-Covid’. The economic costs of lockdown – hunger, homelessness and displacement – have mostly been felt by poor and marginalised communities.

It might be hard to prioritise climate change in the face of the immense human tragedy playing out this year, but 2020 has also reminded us of the consequences of inaction.

The year began with bushfires sweeping through Australia; now wildfires rage on the other side of the Pacific. Over 1.5 million people have been affected by floods after record rainfall in East Africa, while five tropical cyclones are currently storming through the Atlantic. Locust plagues have threatened food supplies across the Horn of Africa, the Arabian Peninsula and the Indian subcontinent.

These catastrophic events have been fuelled by 1°C of global warming. We are currently on track for a global temperature rise of more than 3°C.

At UNGA this week, the climate community must have two goals firmly in its sights

1. All nations need to pursue a green economic recovery

Many countries are spending billions to sustain their population and revive their economies. Too much of this money is propping up fossil fuels. The G20+ countries, for instance, have pledged an additional $207 billion to fossil fuels this year, equating to 52% of all new public money they have committed to the energy sector.

Locking into fossil fuels creates significant risks. In the near-term, polluting coal, oil and gas cause respiratory health problems that leave people more vulnerable to Covid-19. In the medium-term, high-carbon assets such as coal-fired power plants may be “stranded” as regulations and markets evolve, leaving workers without jobs and investors without returns. And of course, continued use of fossil fuels will lead to climate breakdown. As we explore in this week's UNGA webinar, a more risk-informed approach to development is needed.

Public funds should be used to ensure a stronger and greener economic recovery. The Canadian government has required corporations receiving public finance to improve their measurement and disclosure of climate-related financial risks. The French government has gone further, imposing green conditions on its bailouts for airlines and car manufacturers. Germany and South Korea are actively directing funds towards green projects such as electric vehicles, renewable energy and energy efficiency.

2. All nations must urge the largest emitters to announce more ambitious emission reduction targets at COP26 next year

At the time of writing, 103 countries have stated their intention to take more ambitious climate action by 2020 – but they represent only 15.1% of global emissions.

A handful of countries and regions have the greatest impact on emissions, due to the carbon intensity of their economies, the size of their population or both. The European Union, South Korea and South Africa give some cause for hope, with net zero targets on the table. On the other hand, Australia, Brazil, Indonesia, Japan and Russia have suggested they will not make more stringent emission reductions. Mexico, India and Turkey are reticent about their intentions.

But by far the most important countries are the USA and China, which together account for nearly half of global emissions. America’s emission reduction targets hinge on the November presidential election; China too may be waiting for the result before announcing its plans (although the foreign ministry has recently hinted at greater climate ambition).

At UNGA, frontrunning countries must exert pressure on these major emitters – including through trade policy – to encourage stronger action on climate change.

A better world – or a liveable world?

This year has had a catastrophic human and economic toll. But without rapid action to reach net zero emissions, the future looks even more bleak.

According to the IPCC, a 2°C rise by the end of the century will mean that up to 270 million additional people will face water shortages every year. Up to 420 million will be exposed to extreme heat. Up to 330 million will suffer nutrition risks. These shocks and stresses will interact with each other in unforeseen ways, fuelling widespread poverty, displacement and conflict. Climate change may therefore erode all the gains of the last 75 years.

The UN was founded to build a better world. At its 75th General Assembly, member states must focus on securing a green economic recovery and greater climate ambition. Otherwise, we will leave our children a poorer and more dangerous world.