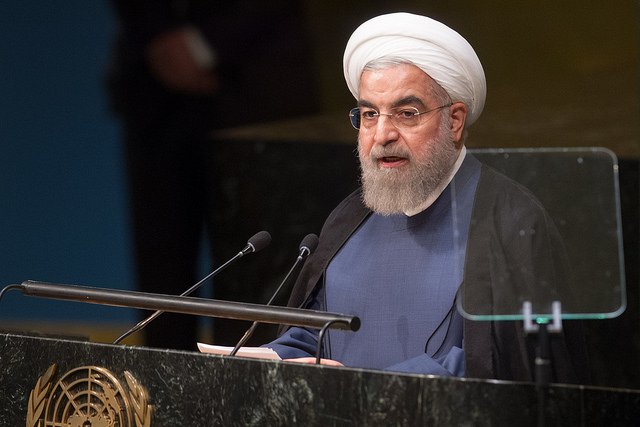 Street protests have recently been taking place across Iran and commentators have put forward various theories why. These range from economic grievances to internal disputes and external meddling. Though there’s no clear consensus on what drove the protestors to the streets, earlier in December, Iran’s President released a 2018/19 budget proposal with details that were previously kept secret. These spread rapidly across the country via social media. Suddenly Iranians were more intimately aware of the rising cost of military and religious institutions, and cuts to popular social programs. Some reporters argue that the release of these budget details added to the already growing discontent that spilled onto the streets a few weeks later.

With some of the protestors calling for Rouhani’s removal, his decision to provide more transparency to his citizens appeared to have backfired, with some scratching their heads as to why he did it.

Some context framed by principal-agent theory can help explain why.

President Rouhani leads the reformist wing of Iranian politics. Having negotiated Iran’s nuclear deal, he won a resounding re-election victory in May 2017, promising to reinvigorate a stagnant economy. This requires broad based reforms, including budgetary reforms. Rouhani has been operating a conservative fiscal policy since taking office in 2013, although notionally balanced budgets have missed the target in recent years leading to a widening fiscal deficit. The recapitalization of Iran’s troubled financial sector will create new fiscal pressures, necessitating further fiscal reforms.

‘I’m trying to make sense of a president revealing the misspending in his own national budget, with the intention of showing his supporters how the system actually works, and them reacting by taking to the streets against him.’ Michael Barbaro, 'The Daily'

Reformers require the support of other powerful interests to deliver change that resonates with their supporters. President Rouhani’s 2018/19 budget proposal, which increases spending on military and religious institutions, at the expense of popular social programs (cash transfers of $12 per month to 30 million citizens were cancelled) shows that he has a principal-agent problem. This is a common problem in budget formulation whereby the principal (the president) cannot control powerful unruly agents (in this case clerics and the security forces).

In response, Rouhani chose to publicise the problem. Thomas Erdbrink sums it up well in his response to Barbaro, saying that ‘he is handing out information to his supporters, and actually to everyone else, to see, and if they are upset over that, then … they can show it’. Moreover, this strategy is in line with IMF advice to Iran, which notes ‘lack of broad based support for reforms’ as a risk, and recommends the government ‘improve transparency and outreach to … civil society, to build support for reforms’. It’s also in line with the international consensus on the benefits of budget transparency both for policy making and accountability.

Can the president’s budget transparency initiative solve his principal-agent problem?

It’s initial incendiary impact contrasts with the more modest effects we have seen through our experiences of supporting transparency through the Budget Strengthening Initiative (BSI).

In South Sudan we support more transparent public finances, but to date there is little evidence that these are used to hold government accountable. In Uganda BSI is a partner to Uganda’s Budget Transparency Initiative (BTI). A recent working paper examining the impact of aspects of the initiative found that local politicians who received customized budgetary information, prompts and training, increased their monitoring of the bureaucracy but that this was conditional on political competition.

Supplying more transparency is laudable but a problem with transparency initiatives is that supply often does not match demand. The benefits of budget transparency play out through complex feedback loops, and may only emerge over the long run.

In Iran, recent events may simply be the result of a sudden rupture with the past, with ‘parts of the budget that are traditionally never publicised’ suddenly being made widely available. Furthermore, as in Uganda, the traditional media may be ill-prepared to report on the country’s recent developments. Both factors offer some explanation as to why Rouhani’s actions have had unintended consequences.

Trends indicate that there is currently excess demand for more transparency in Iran. Notably, the social media app Telegram was a major factor in recent events, and internet penetration rates are rising exponentially, while the cost of access is relatively low; literacy rates are relatively high and rising; and there is political competition.

Only time will tell whether President Rouhani’s gamble with budget transparency will pay off, and help to solve his principal-agent problem. There are some good reasons to think it might. His recent support of the demonstrators facing criticism in the aftermath of the protests suggests he is doubling down on the strategy.