In his first few days in office, President Trump exhumed the ‘global gag rule’ – a policy that stops aid organisations receiving US funding from performing or promoting abortion as a family planning method. Irrespective of whether it is done with US money or other funding, organisations are prevented from carrying out abortions and ‘gagged’ from providing information, counselling, advice or referrals.

But this was the gag rule as we knew it: Trump has gone even further.

Not only does this apply to the $607 million spent on family planning internationally, the order ‘extends’ to apply to ‘global health assistance furnished by all departments or agencies.’ That is, it applies to $10.3 billion of US funding for global health planned for 2017 that supports a wide range of health services, including maternal and child health, malaria and AIDS prevention, and child malnutrition. This means many more organisations must stop providing access to or information about safe abortions, or lose US funding.

In Sierra Leone, where I research teenage pregnancy, nearly 40% of women aged 20-24 have their first child before the age of 18. Estimated unsafe abortions total 34,000 annually. 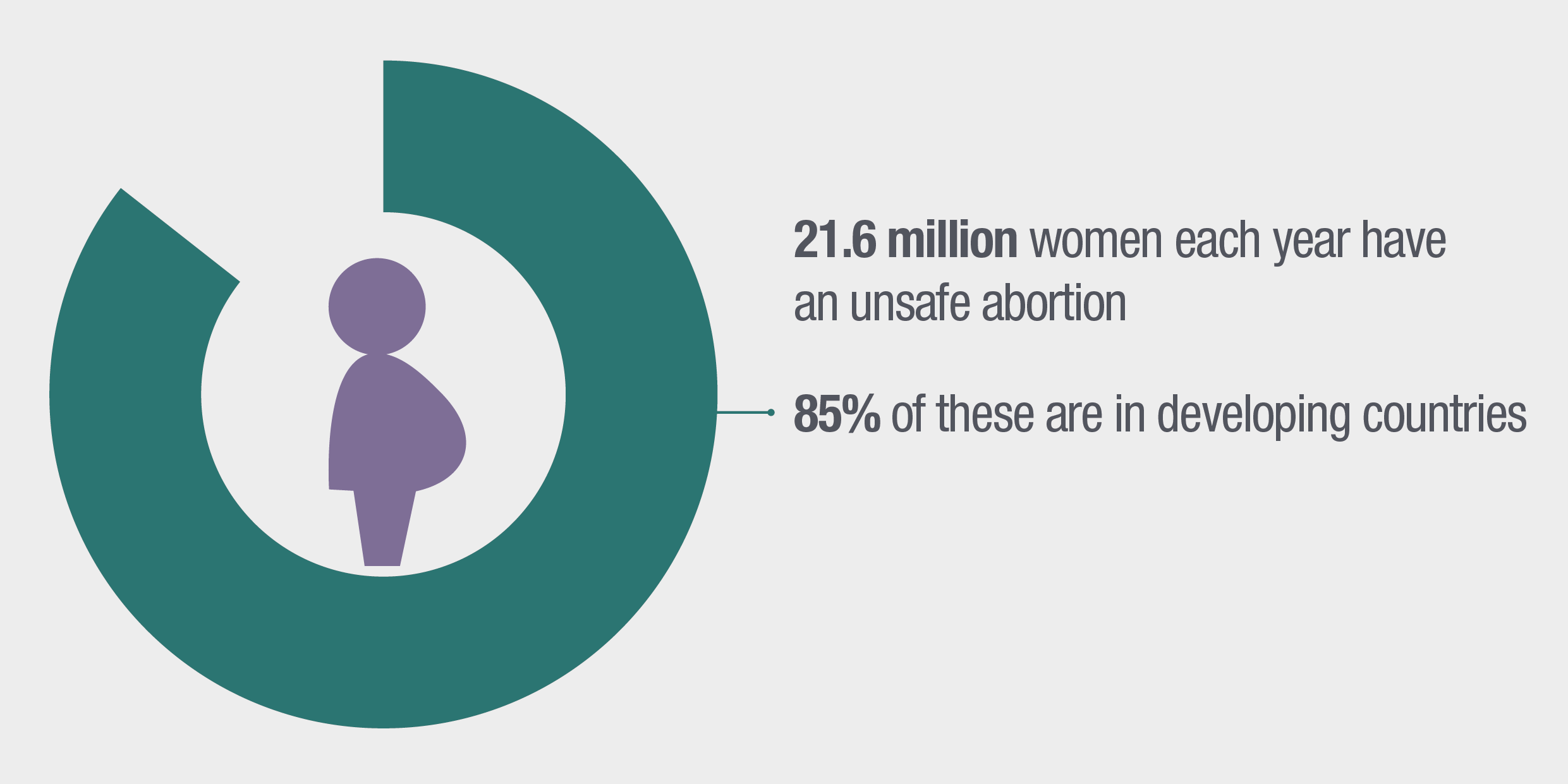 On a recent research trip, a group of teenage girls explained what these abortions are like: heavy stones are used to push on the uterus, or someone jumps on the stomach to force the foetus out. Herbal concoctions can be provided to induce miscarriage which can result in excessive bleeding. In other cases, a straightened coat hanger or cassava branch is inserted into the cervix to scrape out the foetus.

Complications from such abortions contribute to Sierra Leone having the second highest maternal mortality rate in the world – and removing access to safe abortions will only make this worse.

Yet this latest version of the global gag rule risks even more deaths, as it risks cutting off life-saving funding for mosquito nets, vaccinations and fortified foods to treat malnutrition if the organisations involved happen to also provide abortion-related services. While other countries, led by the Netherlands, have indicated that they will help fill funding shortfalls caused by the gag rule, the risk remains.

Beyond that, the policy will have disastrous impacts on girls. Pregnancy is the leading cause of death for teenage girls in developing countries – twice as many mothers aged 15-19 die in childbirth as mothers aged over 20. Girls are more likely to suffer from fistula and other birth-complications, resulting in stigma and shame.

Teenage pregnancy is one of the main reasons for girls dropping out of school, affecting their future economic prospects, and children born to teenage mothers are more likely to be malnourished. Teenage mothers are also often forced to marry the father of their child to avoid family shame. These are often men much their senior and in some cases men who have raped them.

Finally, the ‘global gag rule’ mistakenly punishes girls for unplanned pregnancies. Girls are often not engaging in unsafe sex as one of many options open to them. They are routinely propositioned and harassed by men and boys, expected to look after themselves but are often without opportunities to do so.

As a result, girls may engage in transactional sex, generally with older men, to obtain goods and services – from water, food and school fees, to mobile phones and clothes. Access to family planning can be limited by poor availability of services, cost, social stigma, misconceptions about side effects and pressure from sexual partners. It is not just due to girls’ negligence.

The return and expansion of the global gag rule is an affront to women’s rights globally. It is also disastrous for development and potentially deadly for women and girls in developing countries. We need development policies to be pro their lives as much as any others.