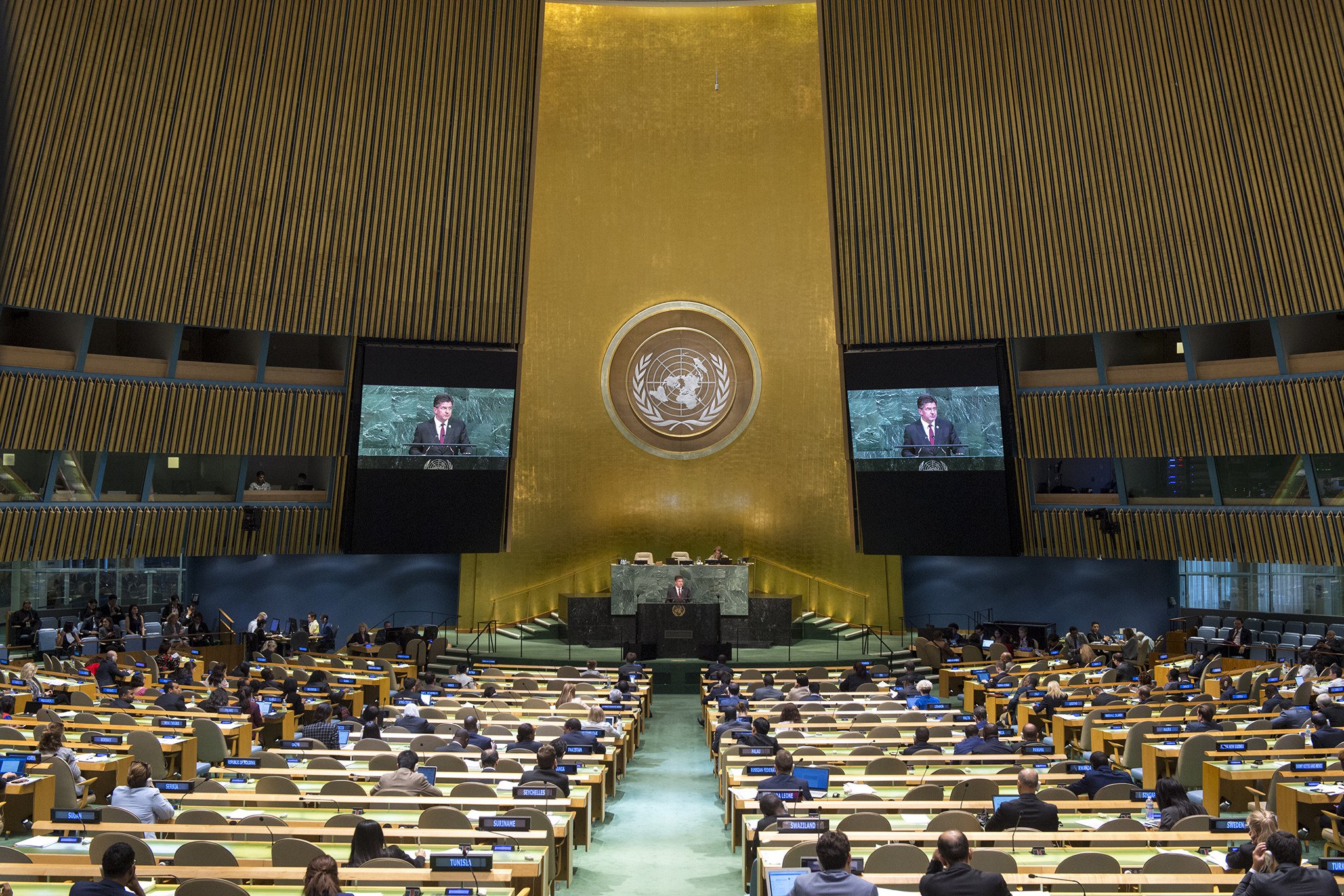 Next month, the Global Compact for Safe, Orderly and Regular Migration (GCM) will enter its final round of negotiations. Few international challenges are of greater importance. If we succeed, the world will be putting in place an agreement with the potential to transform the lives of almost 250 million migrants across the globe.

Negotiations are complex but states are making progress

The Compact builds upon, and was mandated by, the New York Declaration for Refugees and Migrants. The General Assembly of the United Nations (UN) adopted this landmark global agreement in 2016; as Ireland's Ambassador to the UN at the time, I was privileged to play the role of co-facilitator of the negotiations which delivered it.

The present negotiations, however, are more complex. Member states need to move beyond basic principles to agree detailed arrangements which are not just politically sensitive but pose considerable legal and technical difficulties.

On this, states’ delegations are making good progress. Under the skilled chairmanship of the Swiss and Mexican Ambassadors, delegations have produced a draft document which includes both general commitments and a list of specific policy objectives.

Having witnessed the penultimate round of negotiations last week, my assessment is that states have already reached substantial agreement.

Having witnessed the penultimate round of negotiations last week, my assessment is that states have already reached substantial agreement and I am confident that the negotiations will reach a successful conclusion.

Some areas where challenges remain

However, some challenges remain to be addressed. One is to find an acceptable balance between the need for international cooperation and continued national sovereignty and decision-making. Some states, in particular the African Group and China, are advocating a greater commitment to cooperation; others like the European Union (EU), Australia, Singapore and Malaysia are less keen.

A second challenge relates to the distinction between ‘regular’ migration, a category to which the vast majority of migrants belong, and the many forms of ‘irregular’ migration. European states, India, Pakistan and China fear that undue emphasis on, or support for, legal pathways to address ‘irregular’ migration could act as an incentive for larger numbers to resort to it in future. Other states, such as the African Group, prefer to look more generally at the challenges faced by all migrants.

Refugees and migrants belong legally in two separate categories. Many states are uneasy about the consequences of blurring this distinction.

A number of challenges relate to the different status of refugees and migrants, the vulnerabilities that they may suffer and their protection needs and rights. Even though they may face common challenges, refugees and migrants belong legally in two separate categories. Many states are uneasy about the consequences of blurring this distinction and are watching carefully the Compact’s treatment of migrants in vulnerable situations. Despite great efforts made by the co-facilitators, some delegations still think the distinction is not clear enough.

There is also some sensitivity over whether or not the Compact should include references to non-refoulement – a key principle of the refugee protection regime under which states may not return refugees to territories where their life or freedom is at risk. The African Group, Arab Group, India and China are blocking such references and have presented this issue as a red line for them.

Others such as the EU and the Nordic states respond that this principle is part of international human rights law and was already included in the New York Declaration. I expect that the matter will be resolved in the context of ‘trade-offs’ as the end of these negotiations approaches.

Links with other international processes on refugees and sustainable development

A Global Compact on Refugees is being prepared in a separate process, led by the United Nations High Commission for Refugees (UNHCR), also mandated by the New York Declaration.

While the two processes are distinct, some issues are relevant to both Compacts and the two agreements need to be handled in a complementary fashion. Civil society has been emphasising the risks inherent in the strict separation of the two processes, in particular that important issues common to both would be handled inconsistently or overlooked altogether.

Going forward, these links will need to be built into the arrangements for monitoring progress on the Compact’s implementation. To that end, it is proposed that an International Migration Review Forum will meet every four years and that its findings could be considered by the High Level Political Forum (HLPF), the UN body overseeing implementation of the Sustainable Development Goals. I hope that such interaction can be strengthened.

The politics of the process are not smooth. The decision of the United States not to participate has unsettled some. The interventions by Hungary which have called into question some basic positions already agreed in the New York Declaration have also caused unease. A further unsettling factor is speculation about the possible impact of the election on 29 June for the post of Director General of the International Organization for Migration (IOM).

But overall the mood is one of quiet determination to bring this process to a successful conclusion next month with a Compact which will make a real difference on the ground to millions of migrants around the world.