The private sector featured prominently in the Financing for Development conference in Addis Ababa, Ethiopia, and during the launch of the Sustainable Development Goals (SDGs) in New York.

The private sector is also deemed the only hope of filling the estimated $2.7 billion infrastructure gap needed to attain the SDGs. 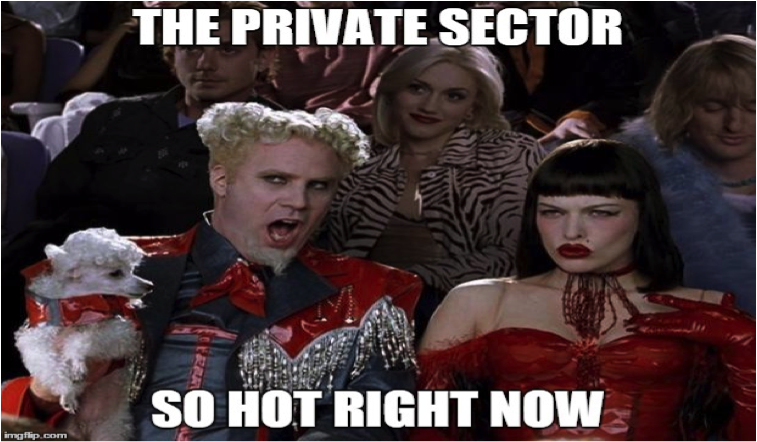 The rise of blended finance and explicit subsidies

Historically this has largely been done by specialist vehicles called development finance institutions (DFIs) like the World Bank’s International Finance Corporation (IFC). The UK has the CDC Group (previously the Commonwealth Development Corporation) which – no coincidence – just received a large chunk of new money from DFID.

But DFI investments are typically made on – or close to – market terms, meaning that after initial capital injection the process is self-financing. A handful of DFIs even pay dividends to their shareholders. More recently there has been a move towards using explicit subsidies for private investment more often, where finance on market terms is combined with grants to create a concessional package. The highest profile vehicle for this practice is the ‘EU blending facilities’.

Civil society organisations tend not to share donors’ enthusiasm for this strategy. Some have called for a moratorium on the practice.

In particular, there is not much evidence that co-investing with the private sector increases the quantity of investment, nor that it has much of a direct impact on poverty.

In a new paper for ODI I argue that the case for subsidising private investment in countries and sectors that lack it is stronger than often appreciated. I also suggest that the benefits of capital accumulation develop slowly and indirectly. In other words, we shouldn’t be surprised if existing evaluation techniques often fail to show much of an impact.

If you believe that the economy is a complex adaptive system in which paths to macroeconomic impact may be fundamentally impossible to discern, then even investment in luxury shopping malls may contribute to development.

The main rationale for subsidising private investment comes from theories of public economics; theories of positive externalities and other market failures that mean if left to its own devices, the private sector will not invest enough.

This is often said to be most true of infrastructure. One implication is that, subject to some basic selection criteria and safeguards, donors should worry less about an investment’s demonstrable poverty impact and focus more on procedures to ensure they provide subsidies to all those investments that need them.

But recognising that efforts to ‘catalyse private finance’ often amount to providing a subsidy of one sort or another reminds us that blended finance is not a pump that donors can prime to increase the quantity of money available for funding the SDGs, without also locating investments where there is a public economics case for a subsidy.

Donors have coalesced around the objective of using small quantities of aid to leverage large private flows and turning ‘billions into trillions’. However, claims of ‘mobilising finance’ are misleading when the small amount of aid is a grant and the large amount of private finance is on market terms.

For example: a donor could provide a $10 million grant to catalyse $90 million of private money to create a $100 million concessional loan, but it could also provide the same $100 million loan itself at the same $10 million cost to the taxpayer (because loans are repaid). If it costs donors as much to catalyse private finance as it does to provide the equivalent finance themselves, it does not help close the SDG financing gap.

So there is a case for using aid to subsidise private investment in developing countries, especially infrastructure, but mobilising private finance must not become an end in its own right, divorced from the underlying rationale for using subsidies.

Working with the private sector to meet infrastructure needs will be discussed on the second day of this year’s CAPE Conference: bricks and dollars. Sign up to watch online.

[1] If this reference means nothing to you, you must drop everything and watch Zoolander.