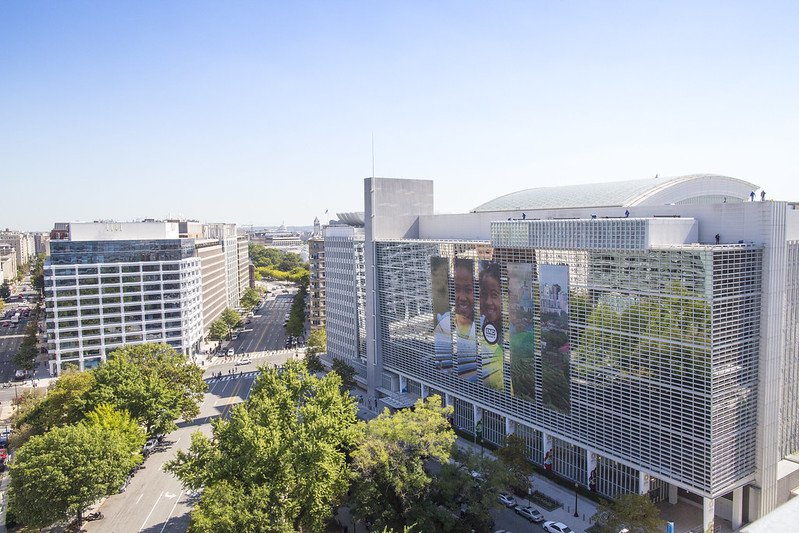 To the relief of much of the globe as well as many in the United States, President-elect Joseph Biden has signaled a return to multilateralism as a guiding principle in US foreign policy. As Antony Blinken, Biden’s nominee for Secretary of State, put it a few days ago: “We can’t solve all the world’s problems alone. We need to be working with other countries.”

In putting this new strategic approach into practice, the new US administration should not overlook one of the most powerful set of multilateral tools it has already at hand, in which it already has a leading position and cost the US taxpayer next to nothing. These are the World Bank and four major regional multilateral development banks (MDBs) in Africa, Asia, Europe and Latin America.

It's hard to imagine now, but both Republican and Democratic administrations strongly supported these development banks in past decades. They were convinced that they could help counter the appeal of communism by improving the lives and economic opportunities of people in developing countries, at a much lower cost than bilateral aid programmes like the United States Agency for International Development (USAID).

The value of MDBs

People often forget the value of MDBs. Since the World Bank’s main lending wing was founded in 1944, the US has paid in a total of under $3 billion in share capital – less than 20% of the USAID’s annual budget. In turn, the bank has made over $700 billion in loans and generated over $55 billion in net income. Multiple studies have shown that MDBs are trusted by developing countries more than bilateral aid agencies, and are far more efficient and effective in achieving development results on the ground.

Despite these advantages, successive administrations starting in the 1980s soured on the MDBs, fueled by a combination of ideological opposition to interfering with market forces, a sense that the banks were escaping from US control and declining public support for foreign aid. The US is the top shareholder at three of the five banks, joint top shareholder (with Japan) in the fourth and the top non-borrower shareholder at the fifth. Despite this dominant position, even supposedly “friendly” Democratic administrations have supported the MDBs only grudgingly and in exchange for take-it-or-leave-it demands on their policies – an attitude that has alienated other member countries.

The issues with MDBs

The rest of the world has begun to sour on the major MDBs too. In part this is due to examples of the US using its influence to push loans toward unsavory and undemocratic allies. Developing countries have also resented the way that the MDBs have imposed policy changes in return for badly needed loans, and a growing jungle of bureaucratic requirements that borrowers must navigate to obtain funding. No surprise that many countries – including many US allies – rushed to join the Asian Infrastructure Investment Bank when it was founded by China in 2015.

Despite all their flaws, the five major MDBs have much to recommend them to the new Biden administration. All five are AAA-rated institutions with a global reach, superlative technical expertise on just about any development issue imaginable and a coordinating capacity unlike any other set of institutions in existence.

This skill set is ready-made to help the Biden administration address a myriad of pressing problems. Reconstruction from the Covid-19 crisis to spur a global economic recovery. Sustainable investments to achieve climate goals. Supporting infrastructure provision in Africa to balance the rising influence of China. Promoting economic development in Central America to reduce migration flows. The list goes on.

A renewed commitment to the MDBs also has symbolic benefits. Working more intensively with the major MDBs demonstrates that the US is turning away from the go-it-alone approach of Trump administration and trying to achieve policy goals in a cooperative, multilateral format. This would go a long way to rebuild bridges with other G7 nations as well as many countries in the developing world who are both borrowers from and shareholders of the MDBs.

Two policy shifts the US needs to use MDBs better

First, the MDBs need more capital. Shareholders have been happy to heap ever-more development mandates on the MDBs, but much more reluctant to capitalise them sufficiently to get the job done. Luckily, the amounts needed are minimal, since MDBs obtain most of their resources by issuing bonds on capital markets and have a superlative track record of being repaid by borrower countries. Doubling the capital of the major MDBs represents a minimal cost to US taxpayers that is far outweighed by the potential benefits.

Second, the US needs a new attitude. It is the lead shareholder at all five of the major MDBs, and can easily force its policy priorities down the throat of other shareholders. That might be convenient when placating Congress or US civil society organisations, but it hasn’t won any friends abroad. Nor has it made the banks more effective. Due in good part to US insistence, the MDBs are loaded down with oversight, bureaucracy and policy restrictions. Small wonder that many developing countries prefer to borrow from the China Ex-Im Bank, even if it costs a little more.

The US administration can play a leading role

By seeing them as a valuable tool to work with, rather than hog-tying them to avoid any possible problems, the US can play a leading role. A more constructive approach that focuses a few key priorities – like anti-corruption, quality control and environmental and social sustainability – matched with more give-and-take with other shareholders and encouraging greater innovation among MDB staff can go a long way.

Greater financial capacity and a better balance between high standards and efficient project delivery can make the MDBs much more effective tools for development diplomacy. China’s policy banks are fast and have lots of money to lend, but the long-term results on project quality, development outcomes and public debt can be less beneficial. A new approach by the US to MDB policies could counter the growing influence of China while making faster progress to globally agreed development goals. This would be far more effective and less expensive than any bilateral aid programme funded directly by the US government.

The World Bank and regional MDBs have many weaknesses. But they are by far the best set of international institutions available to help the US face the complex global challenges of the 21st century, and they fit perfectly with the multilateral approach of the new Biden administration.