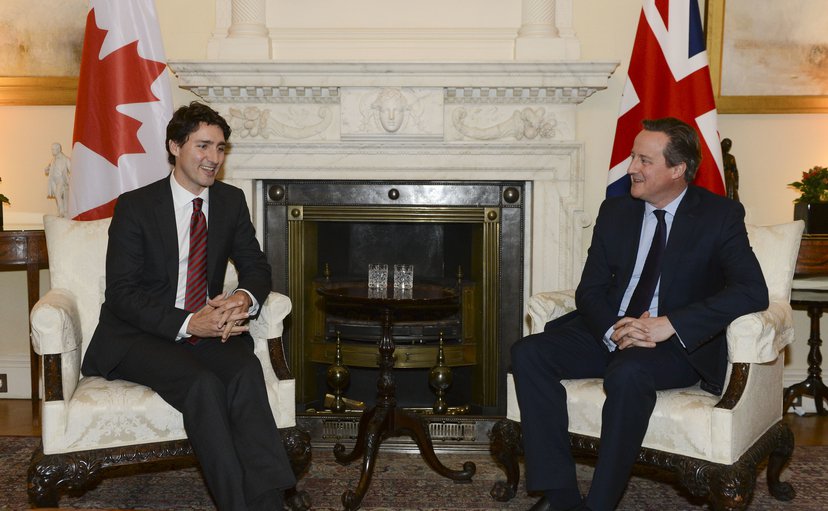 International development pundits were put through their paces in Canada's recently concluded federal election campaign. Conservative Party leader Andrew Scheer's proposal to axe 25% of Canada's $6 billion foreign aid budget to provide tax breaks to striving Canadians wanting to "get ahead" provoked many observers to debunk his claims and caution against aid cuts. Unfortunately, this opprobrium missed a valuable opportunity to address the wider challenge of populist sentiment in development policy, both in Canada and further afield.

Trading-off global aid spending for domestic gain is increasingly evident in political bargains struck in many parts of the world.

In Australia, the centre-right coalition government under Tony Abbott slashed $11 billion off the aid budget to "get its domestic economic house in order." US President Trump has repeatedly sought (but not yet achieved) cuts of around $4 billion to win over "friends," most recently in his private (now public and impeachment-worthy) conversations with Ukrainian President Volodymyr Zelensky.

Meanwhile, the UK's fulfilment of the global pledge to allocate 0.7% of Gross National Income (GNI) as Official Development Assistance (ODA) conveniently obscures the Government's desire to alter the definition of ODA to qualify more national spending as aid.

Populist politicians are redefining the narrative for global engagement on which development spending heavily relies. President Trump has consistently underlined the incompatibility of globalism and patriotism, claiming the former as "a religious call" causing states to "ignore their own national interests.” Despite this rhetoric, in many places aid policy is now at the heart of national agendas. For example, in Austria and Denmark, aid spending is presented as a fix for the root causes of the migration and displacement crisis – even if the evidence of it succeeding is mixed.

In 2015, then Prime Minister David Cameron released the UK’s aid strategy and defined its approach as "tackling global challenges in the national interest." Subsequent inquiries and investigations have shown the UK strategy has scattered aid to government departments with limited capacity to deliver aid and less transparency to account for it. There is emerging evidence of development ambitions clashing with domestic priorities like bolstering overseas trade deals and investment or cross-subsidising UK higher education.

We are now witnessing the political repurposing of aid in many countries to serve the cause of nationalism, even as it directly challenges evidence of good development practice.

The rise of aid populism is puzzling. Aid policy does not conclusively drive voter behaviour at the ballot box, nor is public support for aid strongly correlated with actual aid spending. Foreign aid has always provided an opportunity for fiscal conservatives to scale back levels of spending already below the global 0.7% aid spending target with limited domestic electoral backlash.

However right-leaning parties have on occasion done the opposite by catalysing compassionate development policies. This was the case with former Canadian Prime Minister Stephen Harper's signature campaign for maternal and child health, as much as the game-changing investment in antiretrovirals in Africa under US President George Bush Jr.

Nowadays, populists use foreign aid to cultivate – rather than respond to – their public. In the last decade, aid has transitioned away from signalling a state's moral compass, to serving as an actual map for electoral success. For example, because the drivers and effects of foreign aid are both complex and poorly understood, the public tends to overestimate the size of aid budgets and undervalue its impact and value. Through shrewd political calculations, aid policy is designed to appeal to political bases and avoid damaging a party's prospects among more centrist voters. Aid serves as an effective wedge between right and left, exploited to polarise electorates and win at the polls.

What's an astute globalist to do?

And yet, there are remedies for countries like Canada that are relatively new to the vagaries of aid populism, but increasingly susceptible to its forces. The cultivation of bipartisan alliances elsewhere has restrained the scale of damage to development aims and agendas.

In the US, congressional support across the aisle still safeguards the aid budget against the President's worst nationalist impulses. It has also permitted the surprising expansion of US development finance through a new institution, the US International Development Finance Corporation (USIDFC).

As aid becomes the inevitable handmaiden to domestic political battles, political narratives that advance a principled national interest can help draw attention to the interdependency between global development progress and safer, healthier and more prosperous communities at home.

Whether it is tackling climate change or active conflicts, these "win-win" benefits of foreign aid are some of the sturdiest and most convincing arguments in the eyes of voters. Admittedly, they are also the most vulnerable to empty political posturing given the challenges of empirical assessment and verification of the quantum of mutual gain.

Alongside better evidence, we need to foster a sense of solidarity and common cause among the world's poor that transcends geographic and cultural borders. Anchoring the foreign aid project among citizens facing deprivation can avoid the ongoing tragedy of our political leaders seeking their own electoral fortunes by pitting the interests of those in an inner-city ghetto against those in a crime-infested favela.

With his (albeit narrow) election win, Prime Minister Justin Trudeau may yet have an opportunity to leverage Canadian values like inclusivity and social justice to build such transnational bridges and rein in the recent band of horse-trading aid populists once and for all.