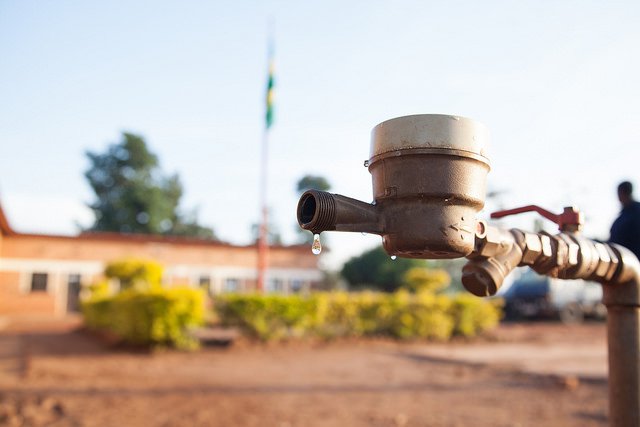 Residents in Cape Town are faced with having their taps turned off; the so-called ‘Day Zero’. But it is not the only city struggling with dwindling reservoirs and increasing demand. In fact, managing water supply is a serious, large-scale and long term problem across the world, exacerbated by climate change and growing populations. So, what can Cape Town teach other cities about managing water supply and demand, especially those with less capacity and fewer resources?

1. Pay attention to past data, but don’t rely on it

All cities use past data and experiences to plan future water supply and demand. But this may no longer be the right approach. Climate change is affecting future water availability, and rapid economic, demographic and social changes, like increased expectations of minimum water requirements, make projecting demand difficult.

Relying on past data may have played a part in Cape Town’s troubles. The drought currently affecting the city is rare, leading some to argue the risk was almost impossible to plan for. Others argue that decision-makers delayed investment in new water supply infrastructure because they assumed that demand would not increase. They also assumed that years of heavier rainfall would follow the drought, as happened in the past.

2. Don’t assume technical ‘solutions’ will save the day

It looks easy on paper: build the infrastructure and manage demand. But technical ‘solutions’ are only effective if they make it from the drawing board into reality.

Cape Town was not complacent on water policy. In fact, the city has introduced an impressive range of projects to increase water supply and decrease demand. But both have faced challenges. Construction of new infrastructure has been postponed and projects are delayed. And while demand management initiatives have substantially reduced water consumption in the city, it is still above the target, not all residents participate, and there are many inequality and access issues.

3. Look beyond the city limits and manage trade-offs

Cities are thirsty; they rely on catchments that are significantly larger than the land they inhabit and compete with other users, especially agriculture. To understand and manage water scarcity, look beyond the city limits. How is land being used? What are the existing water demands? What sectors rely on water? This means working across geographic and administrative boundaries, and managing trade-offs between different users.

In Cape Town, water allocations between the city and the economically important agricultural industry have been key. Reports point to the split of responsibilities  between the local and national governments leading to agriculture allocations that exacerbated the problem. But on the plus side, Cape Town’s ‘Day Zero’ was pushed back several months thanks to a ‘water donation’ from farmers.

4. Don’t underestimate the importance of politics

Politics is always important; it can stop even the most well-designed solutions from being implemented. But in times of crisis, when public attention is more intense and there is less room for manoeuvre, it matters even more.

In Cape Town, the ‘complicated’ political relationship between the local and provincial government, coupled with their different roles in water governance, has hit the headlines. It has been blamed for delays with infrastructure, uncoordinated responses, as well as the problems with managing water allocations in the catchment, all of which have exacerbated the water shortage.

5. Join the dots and expect the unexpected

Urban water scarcity is evidently a complex and systemic problem. Attempts to address individual parts of the problem in isolation are unlikely to succeed. Plus, complex systems don’t always behave as predicted. Decision-makers need to take a holistic view of the ‘water supply system’ and plan for uncertainty. Easier said than done.

Fortunately, help is at hand. There is a growing awareness of the need for systems thinking across the water sector, and some cities are already working in this way. Planning for uncertainty will always be difficult, especially in cities without ‘spare capacity’ in their water system, and the funds to undertake the complex modelling needed for accurate predictions. Yet even with these constraints, there are techniques to assist decision-making when faced with uncertainty, such as the ‘decision tree framework’.

Right now, Cape Town is learning these lessons the hard way. Heeding them early will put other cities in a much better position and, hopefully, help them avoid their own ‘Day Zero’.