Last year’s World Humanitarian Summit (WHS) in Istanbul was heralded as a turning point – a catalyst for change as the world reeled from multiple large-scale emergencies, a refugee panic in Europe and an aid system struggling to keep up with demand.

Looking back, the WHS was successful in sparking self-reflection in the aid sector. The thousands of reports, events and commentary in its lead up – and since – testify to that. It’s now difficult to walk into any industry discussion without hearing its mantras of ‘localisation’ and ‘the cash revolution’. Some say it’s just old wine in new bottles, but to my mind the WHS revived and modernised some rusty yet vital debates.

The new humanitarian chief Mark Lowcock takes the reins of the WHS in a few months’ time. In his in-tray will be how to sustain momentum around its 3,000+ commitments and, crucially, the Grand Bargain, the WHS’ centrepiece for reform.

The Grand Bargain is an agreement between the world’s aid agencies and humanitarian donors. It commits signatories to financial and institutional reform designed to make humanitarian assistance more nimble, cost-effective, and better suited to the needs and aspirations of the people it aims to serve.

First, some good news. The agreement has driven donors to scale up multi-year financing at a pace and to a level they may not have reached without it. Upgrades to the Financial Tracking System and its links to international transparency standards are beginning to enable better reporting and tracing of funding flows. And cash assistance has come of age as a major disruptor, challenging outdated notions of who delivers aid, and how.

Yet the Grand Bargain has been slow in inspiring real change, and in some cases has missed the mark. It took nine months to agree on who ‘local responders’ are and what funding them ‘as directly as possible’ means. We’ve discussed ‘localising’ humanitarian response without local actors at the table, and without considering that even the term ‘localisation’ still smacks of the paternalism the Grand Bargain is trying to undo.

Signatories haven’t done enough to make the necessary connections across the Grand Bargain’s 53 interdependent commitments and recognise the trade-offs necessary in doing so.

Signatories haven’t done enough to make the necessary connections across the Grand Bargain’s 53 interdependent commitments and recognise the trade-offs necessary in doing so. Even though it’s an inherently political and highly politicised initiative, it doesn’t take politics into account. In short, it misses the big picture and the tensions are manifold. 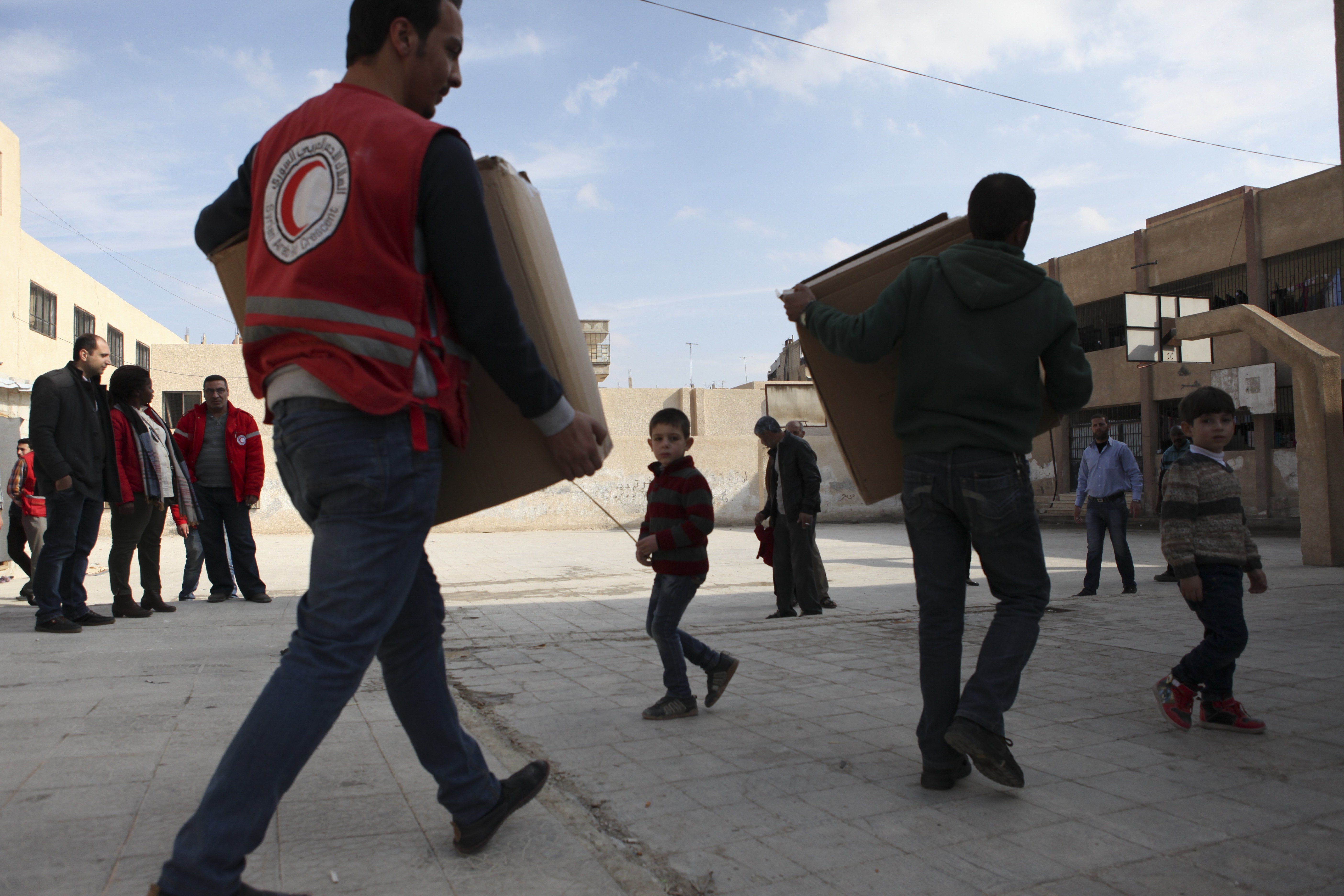 Commitments to greater transparency and better data standards sit uneasily with calls for simplified reporting. Increased cash-based assistance lies in tension with the commitment to direct funding to local organisations. And efforts towards the 25% funding target for local organisations are at odds with commitments on un-earmarked funds.

Even where organisations channel funds directly to local actors, they continue to represent their own interests by pursuing partnerships with others who look and act like them, rather than rethinking their overall approach.

All 53 commitments are important, but they cannot all be implemented at once. The success of the Grand Bargain rests on its first commitment – transparency – a fundamental prerequisite if we are to fill information gaps and track the progress of other commitments. Only recently have its champions recognised the need to prioritise.

Perhaps the Grand Bargain’s most difficult challenge is its lack of political pragmatism. What seemed possible on paper has become more difficult to put into practice. Signatories are becoming more risk averse as they attend to domestic pressures and say they are not in a position to fund local organisations directly.

Perhaps the Grand Bargain’s most difficult challenge is its lack of political pragmatism.

The need to demonstrate results to parliaments and taxpayers is also driving demand for more earmarking and demonstration of results, which again is at odds with the commitment to reduce the reporting burden.

With the departure of the politically astute Kristalina Georgieva as the Grand Bargain’s lead and champion, the agreement risks becoming another vehicle for bad habits.

To revive the spirit of the Grand Bargain as it enters its second year, here are five ways Mr Lowcock could correct its course: