When Emmanuel Macron became president of France in 2017, he came with a clear ambition to modernise French aid. This vision is now captured in new legislation that was adopted in August of this year and which sets out the strategic framework for France’s development policy over five years and the financing required to implement it.

At the start of Macron’s mandate, France’s aid programme was characterised by a focus on Africa and Asia. Although low-income countries (LICs), mostly in sub-Saharan Africa, had been identified as priority recipients of bilateral aid, the majority of French aid went toward lower-middle-income countries (LMICs) and upper-middle-income countries (UMICs), a large share of which was in the form of loans. Despite some regular mentions of reaching the target of spending 0.7% of gross national income (GNI) on official development assistance (ODA) at the domestic and European Union level, France was far from that. 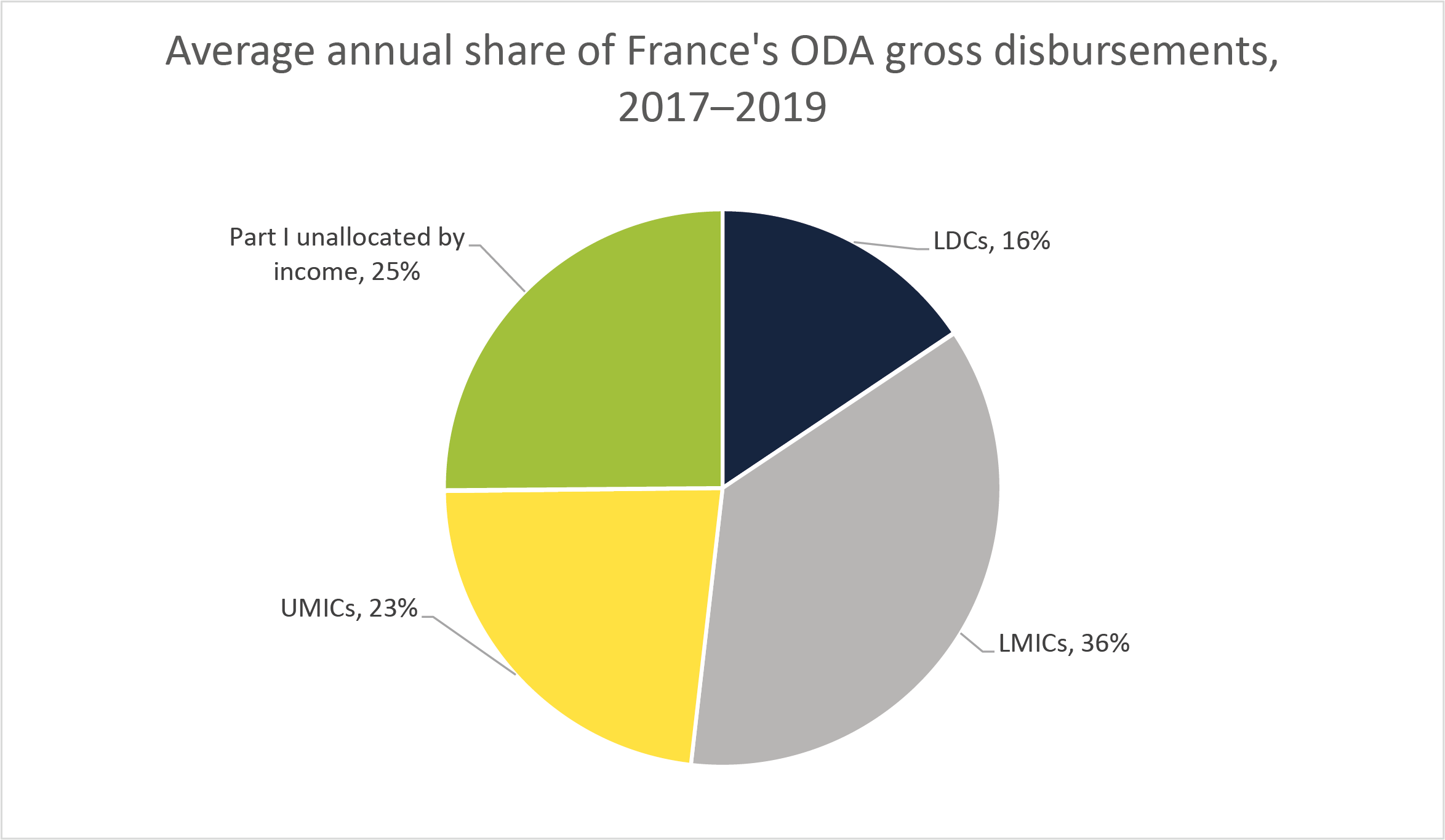 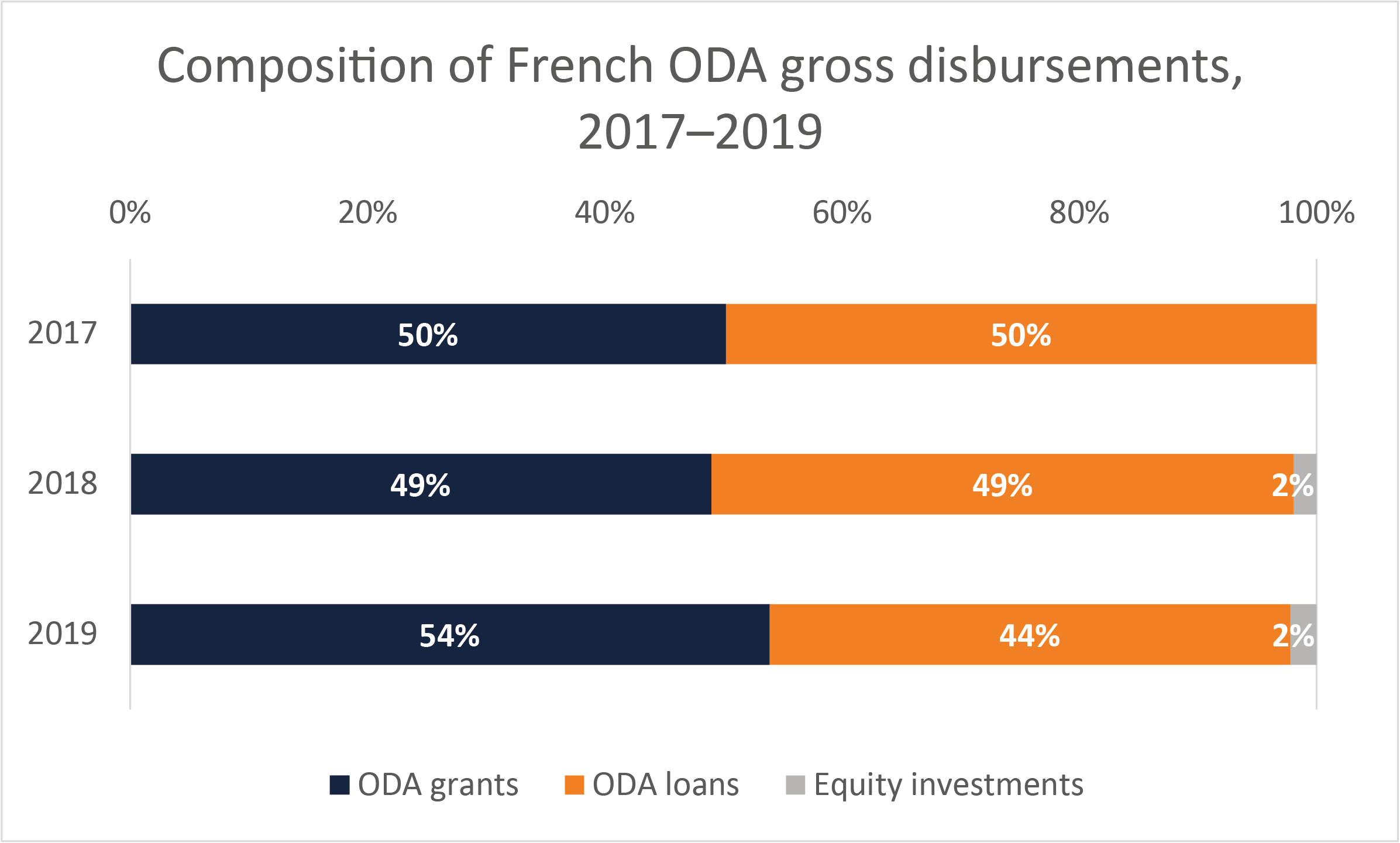 The new aid strategy introduces some noteworthy changes in terms of priorities and objectives, financing and governance:

Will the strategy boost France’s standing as a European and international leader in development?

It is fair to say that France is not starting from scratch – far from it. The latest two editions of the Commitment to Development Index ranked France second among 40 of the largest donor countries for its dedication to policies that support development in other countries, a ranking that is driven in particular by its investment policies rather than its foreign aid. With the new strategy, this score has the potential to improve as France looks set to continue on the same course with its investment policies in developing countries, while also seeking to increase the quality and quantity of its foreign aid. The reform should also improve France’s relatively low ranking on ODI’s Principled Aid Index, a score which suggests France is less motivated by the achievement of long-term development results than the use of aid to secure short-term national interests. At the EU and international level, France has been an important and vocal actor on a number of development topics, including innovative financing for development and mobilising funds at the multilateral level in the health sector.

So, if France is already an established international leader in some areas of development policy, what changes does this new strategy bring? The strategy takes France towards the type of aid agenda associated with the UK, the Netherlands and the Nordic states in the 2000s: an approach to aid that is less susceptible to criticism by NGOs as it steers away, to some extent, from high volumes of loans to middle-income countries and gives renewed prominence to social sectors and poverty reduction.

But the strategy on its own is not the whole story; it comes with leadership at the highest level, made possible by Macron’s interest in the sector, and then institutionalised in the new law. This puts France in a good place to exert influence and leave a mark on development policy beyond its borders. There are three areas where it can do that in the short term.

These three examples illustrate a discernible push from France to play a leading and influential role in the EU and on the global stage.

Seen from the UK, the new reform brings the French aid system closer to the UK development agenda of the 2000s, and shows that the two countries’ development policies are now travelling in opposite directions. But at the same time, France retains some of its key donor characteristics with a well-established development bank and wide-ranging set of financial instruments. With these assets in hand, France appears to be in a good position to fill some of the leadership vacuum left by the UK. While France has committed to increase ODA volumes – for instance, by focusing on the poorest, providing more grants and focusing on impact – the UK has been cutting its aid budget, eliminated its cabinet-ranking Secretary of State for Development, merged the Department for International Development with the Foreign and Commonwealth Office and is making a ‘tilt to the Asia-Pacific’, implying less focus on fragility and poverty. France’s ambitions go beyond making the most of the UK’s aid decline as it wants to present itself as an alternative to other donors such as China. To do this, France is harnessing influencing opportunities through its EU presidency, active involvement in international processes and funding for the search for innovative solutions. A key question will be how much France’s new aid agenda, and the leadership role that could come with it, rely on Macron, and how sustainable they are if he is not re-elected at the next presidential election in Spring 2022, for which he has yet to declare himself a candidate.

Get the Public Finance and Development round-ups monthly, in your inbox as they're published.