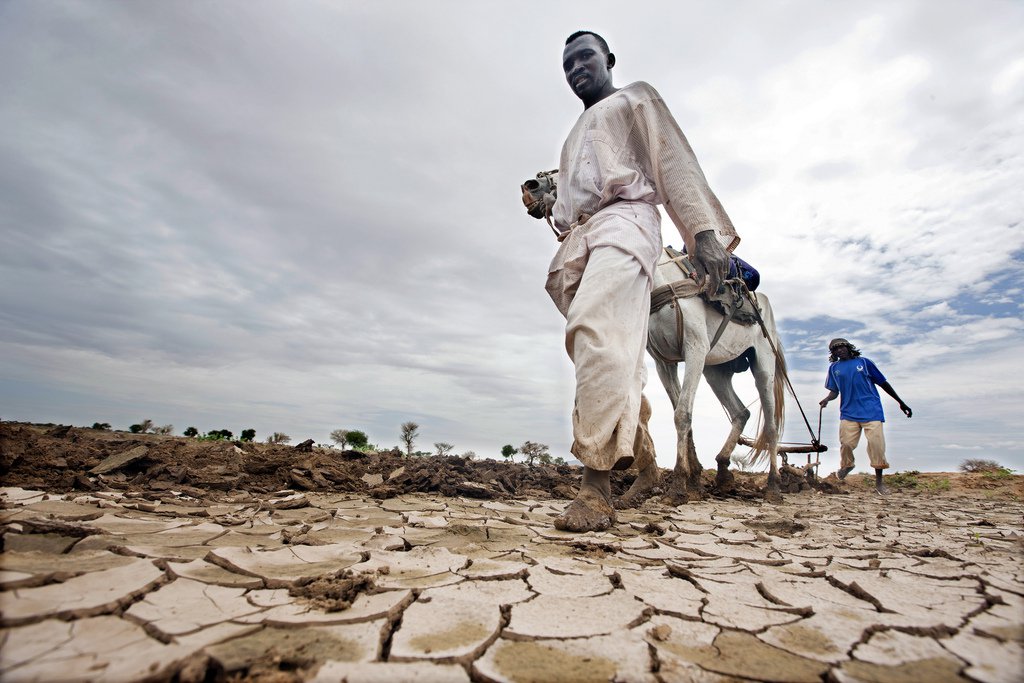 Monday’s 1.5°C report on global warming from the Intergovernmental Panel on Climate Change (IPCC) is of profound importance for policy-makers, business leaders, producers and consumers the world over.

Four ODI experts react to the landmark study, outlining what it will take to keep global warming within the target of 1.5°C above pre-industrial levels.

Mairi Dupar: how to tackle climate change while protecting the poorest

The IPCC report finds that climate change contributes to loss of life, livelihoods and assets, with the world’s poorest people bearing the brunt. However, it also urges policy-makers to consider the development impacts of reaching ‘net zero’ global emissions by mid-century to stabilise average global warming at 1.5°C or below.

The IPCC is right to sound this caution: society must tackle climate change in ways that protect the poorest. Recent ODI research finds that fully half of governments’ national climate plans fail to address the specific needs of the most vulnerable groups.

There’s a need for ‘triple win’ approaches that combine climate change adaptation, mitigation and development based on social equity – not purely on economic growth.

How? For a start, massive social protection programmes to lift people out of poverty can be geared toward climate resilience and green jobs.

Promising local approaches to delivering food security and sustained incomes such as rural agroforestry and peri-urban agriculture systems can be replicated widely in other places. In the energy sector, bringing power to underserved rural communities with renewable mini-grids offers ‘triple wins’.

Collectively, we must learn from these climate adaptation and mitigation efforts to date, and ensure future action responds to the needs of the poorest people.

Achieving the 1.5°C global warming goal requires a ‘rapid and far-reaching’ transition in energy systems, according to the IPCC report (Section 2 of the Summary for Policymakers). The scale of change necessary is unprecedented and it needs to happen within the next two decades.

The scientists say it is theoretically possible. Recent improvements in the political, economic, social and technical feasibility of solar energy, wind energy and electricity storage ‘signal a potential system transition in electricity generation’ (Section 2.2 of the Summary for Policymakers).

But although there is now more investment in renewable generation than fossil fuel power, there is a long way to go in a short time. In 1.5°C pathways, renewables account for 70-85% of electricity – three times the share in 2016 according to International Energy Agency statistics.

Decarbonising electricity will not be enough to achieve the 1.5°C goal. In the transport sector, the share of low emission energy will need to increase from 5% in 2020 to 35-65% by 2050. Emissions from industry will need to fall by more than three-quarters.

The energy transition necessary to achieve 1.5°C warming calls for a scaled-up investment in a range of mitigation options, despite economic, financial, human capacity and institutional constraints. This must be immediate – delayed action, as well as poor fiscal policies, can increase the risk of asset stranding in the energy sector.

Given the economy-wide implications of decarbonisation on a 1.5°C pathway, governments, businesses and civil society need to ensure that adverse impacts do not fall on the most vulnerable in society.

Sam Pickard: we shouldn’t rely on technology we don’t have to remove carbon dioxide

The 1.5°C goal of the Paris Agreement will only be achieved if carbon dioxide is removed from the atmosphere, as well as prevented from getting there in the first place.

The IPCC report predicts that after 2050 up to 16 gigatonnes of carbon dioxide a year may need to be removed. The IPCC also warns that if global warming does overshoot 1.5°C, the political and social acceptability of carbon dioxide, as well as the speed and scale of its deployment, will determine whether we are able to stay within 2°C.

BECCS is probably seen by policy-makers as the most feasible method. This entails growing biomass, which extracts carbon dioxide from the atmosphere, and burning the biomass to produce energy while capturing and storing the carbon dioxide emitted during combustion.

Although many of the models reviewed in the 2008 IPCC assessment relied on BECCS to achieve 2°C warming, the IPCC 1.5°C Report states that some pathways do not depend on BECCS.

BECCS, however, is unproven at scale and carbon capture and storage technology has not been developed beyond piloting. Even if the technology can be developed and proven viable, BECCS at scale would need millions of hectares of land and very large quantities of water to grow the biomass. This will affect the attainability of sustainable development and poverty eradication goals.

The IPCC 1.5°C Report finds that the ‘rapid and far reaching response required to keep warming below 1.5°C needs…a redirection of financial flows towards low-emission investments.’

It also says that ‘enabling this investment requires the mobilisation and better integration of a range of policy instruments that include the reduction of socially inefficient fossil fuel subsidy regimes’ (Chapter 4 of the full report).

Ending government support to oil, gas and coal will be critical for scaling up green investment and shifting away from fossil fuel extraction. However, despite repeated pledges to end this support, action on fossil fuel subsidies has been limited.

A recent ODI report found that although the European Union has made a commitment to end fossil fuel subsidies by 2020, EU member states and EU institutions continue to provide at least €112 billion in subsidies to the production and consumption of oil, gas and coal.

Our G7 subsidy scorecard also identified that despite repeated commitments to phase out fossil fuel subsidies by 2025, none of these wealthy governments are on track to meet this pledge.

To drive further action, at the recent Global Climate Action Summit in San Francisco, 345 investors worth $30 trillion signed a statement calling on governments to set clear deadlines for the phase out of fossil fuel subsidies.

These same investors found that fossil fuels generate potentially harmful economic, social and environmental costs that are impacting on investors’ portfolios and their ability to deploy capital to support the low carbon transition at the speed and scale required.

Governments must heed these alarm bells from experts, scientists, and leading investors and urgently end fossil fuel subsidies if they are to meet the Paris goal of limiting warming to no more than 1.5°C.

As of 11 October 2018, the full text of the IPCC 1.5°C Report is subject to changes to ensure consistency with the approved Summary for Policymakers.