Electricity access is essential for people’s lives and livelihoods: from using fridges to store food and medicine; charging mobile phones to stay connected; lighting up households and schools at night; to powering local businesses.

Yet 590 million people in Africa currently live without access to electricity, the majority in rural areas. These areas risk being left even further behind.

Those who have access often rely on polluting, unreliable and costly diesel-powered generators. Solar-powered mini-grids could be the answer to rural access and dirty energy. Well-suited to small, remote communities, renewable energy mini-grids can now be the cheaper, greener option for rural electrification.

But it’s not that simple. There is no ‘one size fits all’ approach that will work in every African country, let alone every small community.

The good news is that governments, donors and the private sector have set up peer-to-peer learning networks such as the Africa Mini-Grids Community of Practice to try and tackle this issue. I recently joined one of their workshops in Abuja, Nigeria, to find out more.

I came away convinced that scaling up rural electrification is absolutely possible; we just need to get much better at telling the story of how people are overcoming the undoubted challenges.

With that in mind, here’s the mini-grid story.

Grid extension works by extending a national electricity grid to households and communities without access. Extending the grid is cost-effective in connecting large, densely-populated communities who live close to the grid, but the cost of extension rises exponentially when the population density falls.

For those living in the most remote areas, standalone solar systems operating independently of the grid can meet electricity needs such as phone charging and lighting but may struggle with larger electricity loads such as powering machinery and agricultural equipment.

Mini-grids operate in a space between the two; when the population is too small or remote for grid extension and standalone solar systems aren’t viable for larger electricity needs.

Essentially mini-grids are independent, decentralised electricity networks that can function separately from a national grid.

Renewable mini-grids are cheaper and greener than ever

As they’re not connected to a main grid, mini-grids only generate electricity for local consumption. This local nature of mini-grids allows developers to better track and understand a community’s energy needs so electricity supply can match demand. Mini-grids also avoid the problem of power cuts from the main grid, in theory ensuring a less intermittent supply of electricity.

A more dependable electricity supply allows businesses to stay open later and develop faster, clinics to maintain safer cold stores, and households to power fridges, fans and phones. Indeed, research suggests that the ‘primary story to tell about the impact of electricity is not lighting, but communication: television, mobile phones and the internet’.

In Bisanti, Nigeria, private mini-grid developer Green Village Energy has built a mini-grid consisting of 126 solar panels, enough to provide electricity for 340 households in the area. The mini-grid also powers small businesses, a school and a health clinic.

Before the lights the place was very dark, and we didn’t have lights or fridges. Life was difficult back then. Now we have light we have stopped using candles; we now have fridges for cold drinks. It also powers lights so children can play in the night and some go to night school. It’s changed our lives.– Community member, Bisanti

When African governments started building mini-grids in the 1960s, diesel generators were the most popular energy source – they were relatively straightforward to run and solar technology was still in its infancy. Governments had the existing diesel infrastructure knowledge and mini-grid developers had enough experience to scale mini-grids quickly and effectively.

Since then, solar panels in Africa have gone through something of a revolution and between 2009 and 2015, solar PV module prices fell by 80%. Solar-powered mini-grids are now often cost-competitive with diesel-powered grids, offering governments an opportunity to drastically reduce carbon emissions, and households the prospect of cleaner air.

When combined with efficient and environmentally sustainable battery storage, solar mini-grids present a compelling economic case for rural communities in Africa. According to the International Energy Agency they are essential to future rural electrification in Africa.

So what’s stopping this from happening at the pace and scale needed?

Here are the three main problems – and what African communities of practice are doing to tackle them.

1. Building a case for investment

Despite recent commitments to scale-up renewable energy in Africa, the investment pledged is falling far below the level needed to achieve energy for all by 2030.

It all comes down to money at the end of the day, so if the money and the finance isn’t available it’s going to be very difficult for us to achieve the multiple benefits that mini-grids offer. Accomplishment of SDG 7 – universal access to electricity by 2030 – is fundamentally underpinned by the ability to unlock capital flows at scales into this sector. We aren’t going to get there without solving the finance challenge.

Renewable-powered mini-grids have high upfront infrastructure and installation costs and finding funding for mini-grids is challenging. With limited budgets for rural electrification, governments are attempting to bridge this investment gap with innovative public, private, and blended investment arrangements.

When governments focus on private finance for investment in mini-grids they may need to lower the risk to investors to help ensure a sufficient return. Private investors may offer equity or debt financing. Typically, the choice of finance tool depends on the stage of the mini-grid project and the associated investment risk.

Getting the right investment arrangement depends on getting the right policies and regulations in place – so there’s significant potential for private businesses, but governments are central to making mini-grids work well. 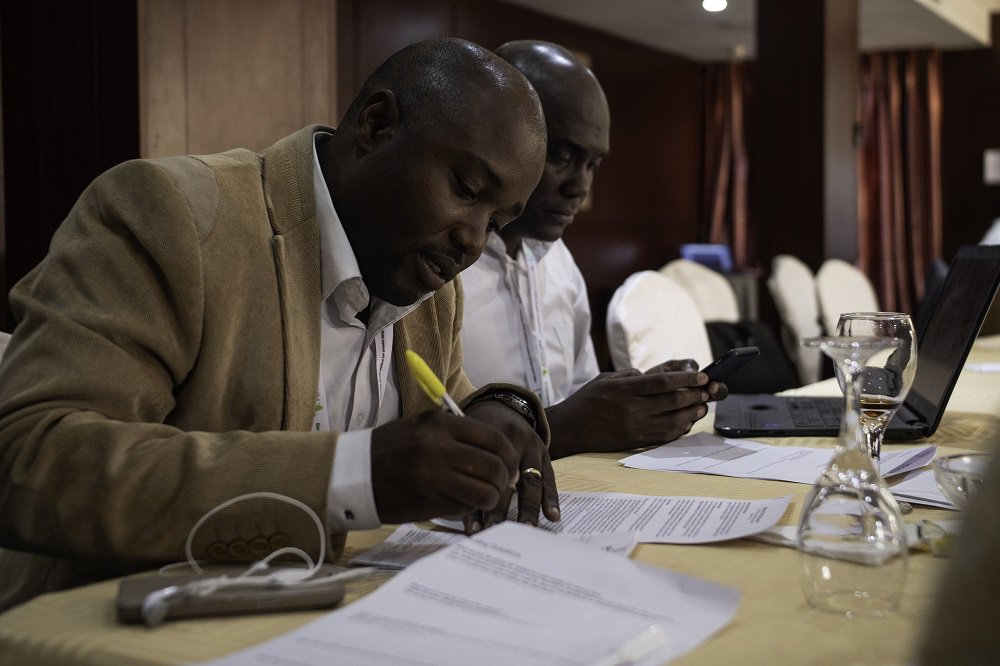 2. Deciding who’s going to build, operate and maintain the mini-grid

There are typically four models to choose from: a state-run utility; a private developer; a community-owned scheme; or a hybrid approach.

There’s no ‘one size fits all’ approach for operating and maintaining a mini-grid and the model depends on the national, and sometimes subnational and local contexts.

What works for Ghana is a publicly-led mini-grid implementation plan to provide energy at a uniform tariff, but Nigeria leverages a series of private developers who negotiate tariffs with communities and operate independently of the national Nigerian Rural Electrification Authority.

Both public and private models have advantages and disadvantages.

While public models are more likely to receive finance and deliver a uniform tariff to consumers, communities who aren’t included in a national rural electrification plan are at risk of being left behind.

Meanwhile private models can reduce the burden on governments and give them more time to focus on improving the national grid, yet private developers often can’t access government subsidies and struggle to make projects ‘bankable’.

This concern about bankability from private sector developers was a theme that ran throughout the workshop:

Mini-grids, as they are now, are not very attractive for the private sector because the return for investment takes longer and you get a very small IRR [internal rate of return].– Hilawe Tesema, a private mini-grid developer from Ethiopia

But there are signs of change. In 2016, a group of private mini-grid developers came together to form the Africa Mini-Grid Developers Association (AMDA), which works with governments, donors and financiers to help build a fertile enabling environment for mini-grids in Africa.

It is now making a data baseline for mini-grids; a global stocktake of the types of finance a project is getting, how productive it is, and who it’s owned by. This will be a useful tool for governments looking to navigate the complex operations and resourcing issues of mini-grids.

Developers and utility companies must first gauge the amount households are able and prepared to pay for their energy and how much energy they’ll use before building a site. For private developers, tariffs also need to deliver profits, so it’s essential to engage with communities before setting a price plan.

Ruchi Soni, Energy Access Manager at the UN Foundation, explained to me why community engagement is so important:

Community engagement is essentially the heart of the whole [mini-grids] process. The private sector needs to engage with communities and locals on literally a day-to-day basis to understand their needs, why they would want mini-grids in the first place, and also how they intend to use their applications.

Women need to be included in the governance structure, the decision-making structure, and awareness has to be created across [the] board. Most of the time when people go to create awareness in communities they just concentrate on the men. What we are saying is concentrate on the women as well – they are the end users. Once you empower one woman you’ve empowered a nation.

When designed and implemented properly, mini-grids like the one I saw in Bisanti really have the power to transform people’s lives, but getting to that end goal isn’t easy.

An opportunity for African governments to lead the way

While renewable-powered mini-grids are essential both to meet rural electrification needs and emission reduction targets in Africa, they remain under-financed and lack the backing needed to achieve SDG 7.

For mini-grids to be economically viable, governments should integrate them into national electrification plans, set up a coherent enabling environment and learn from other countries to see what works. Initiatives like the Africa Mini-Grids Community of Practice will provide vital spaces to share experiences.

With less existing infrastructure in rural areas than any other region, African governments now have an opportunity to lead the way and show that solar mini-grids can provide cleaner, cheaper and more inclusive rural energy. 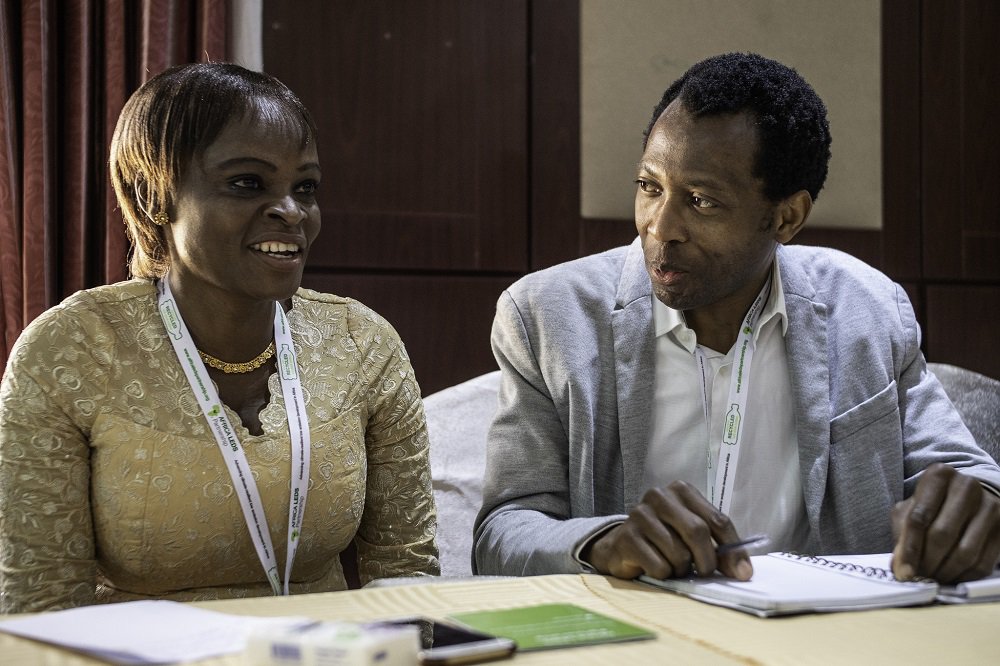