After the UK voted to leave the European Union, some of our experts based in Asia and Africa report on how the news has been received in developing countries – and how those countries see the fallout impacting on them.

I was in Timor-Leste when the Brexit referendum happened. I'd been working with the Secretariat of the g7+ group of states for three months. Several of my colleagues involved in political matters had been aware the referendum was coming up and had asked me about it. However, I was completely unprepared for the reactions I observed after the referendum took place.

Brexit made the headlines in the local press, and literally everybody I met – from taxi drivers to my gym instructor – was genuinely concerned about the 'out' vote.

The reason is remittances. Although it is located near Indonesia and Australia, Timor-Leste used to be a Portuguese colony until 1975, and a small but significant proportion of the population have the right to Portuguese passports through ancestry. The process for obtaining these passports takes years and appears to involve much paperwork and many hours of queueing outside the Portuguese embassy, which was across the road from my office.

Consequently, many of the people I met during my time in Timor-Leste have a family member or friend working in the UK. Many of them are in England, but for example the academic Gordon Peake in his book Beloved Land speaks of going to visit Timorese immigrants in his native Northern Ireland; they are working in meat factories and are very, very cold.

So the main question in all the newspapers was: what does Brexit mean for the right of Portuguese nationals to work in the UK? Even the Minister for Foreign Affairs and Cooperation has made statements to assuage the concerns of Timorese workers. When families depend on remittances and many young people dream of being able to live abroad in future, the impact of the referendum in a small, far away island could be great.

There is a perception among my colleagues in the Ministry of Finance that, from the UK perspective, Brexit will have limited long-term consequences for the British economy and the country will quickly bounce back to shape.

They viewed it as an exercise of sovereignty that must be respected, which seems to be in line with a country, Uganda, still struggling to assert itself on the international stage, and did not offer the same harsh criticism seen from Western countries.

They highlighted the important trade-off involved in giving away some political sovereignty in exchange for potential economic benefits, and how it should be up to any country taking part in regional integration to review its relationship with the collective body and decide for itself how to get the right balance.

Ugandans are hoping that the UK will tighten its ties with the Commonwealth, and hope to move quickly to secure Uganda favourable trade deals with the UK.

Regarding the regional integration process of the East African Community (EAC), I noticed that Ugandans felt like they, alongside their fellow EAC nations, could teach the UK a few lessons about multinational commitment to joint foreign and domestic policy goals, notwithstanding their relatively neutral stance on Brexit's foreign policy implications for the UK and the EU.

André is an ODI Fellow based in Kampala, Uganda. Read more about the ODI Fellowship Scheme.

Although the Chinese government rarely comments on the internal issues of other countries, it did give some official responses immediately after the vote.

Ministry of Foreign Affairs spokeswoman Hua Chunying said: 'China respects the choices made by the British people. China has always been committed to dealing with the China-Britain relationship and China-EU relationship, and pushing ahead with them from a strategic height and a long-term perspective.'

Meanwhile the first public comments by a top Chinese leader came from Premier Li Keqiang, who said during the World Economic Forum: 'Brexit has showed its impact on the international market and further increased uncertainties in the global economy.' He added that 'Europe is an important partner for cooperation with China, and China will continue to dedicate itself to maintaining the good development of Sino-Europe and Sino-British ties. We would like to see a united, stable EU, and a stable, prosperous Britain.'

Turmoil in the financial markets has pressured the Chinese currency. Big devaluation against the dollar has led the yuan to reach its lowest level since December 2010, creating concern about capital outflows. But many in China believe that the economic impacts of Brexit will remain limited because China is less dependent on exports than before the financial crisis. And Chinese exports to the UK account for only a tiny portion of its total export volume.

At the individual level, Brexit may look like good news for Chinese students and tourists, as the drop of the British pound against Chinese yuan will reduce their study and travel costs. A Chinese masters student at Leeds University said that the dramatic depreciation of the British pound could save her up to £2,500 in tuition fees. Many tourists are also tempted to change their upcoming National Day holiday travel plans from the US or other European destinations to the UK. 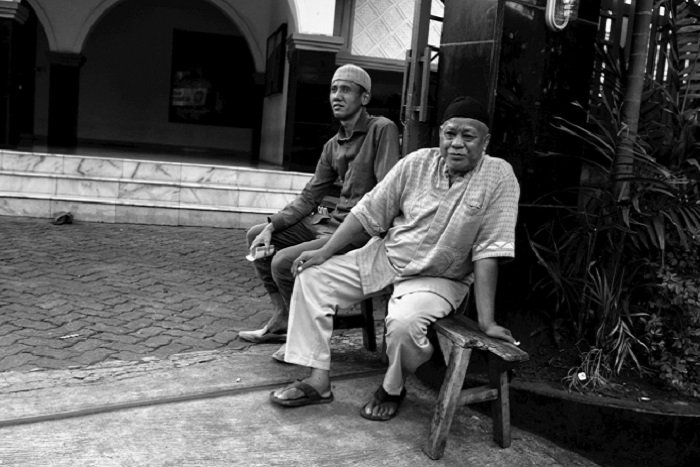 As the news of the Brexit referendum result started to arrive a week and a half ago in Jakarta, I opened the BBC website and stood up from my chair. I had my earplugs on and stood there watching the headlines. I looked at my colleagues caught up in their daily project work and said aloud: 'England is out!'  It was not a mistake: Scotland voted in, North Ireland voted in, London voted in, England and Wales voted out and took the rest of the Union with them.

My Indonesian colleagues were really surprised. Then they started to make jokes about me needing a visa to travel to London in July.

Over the week we have continued to talk about it. Most of all my colleagues ask: ‘Why did they do that?’ They cannot understand what the benefits are in leaving, but they see very clearly all the costs: isolation, the possibility of Scotland leaving, the anti-immigration rhetoric, maybe the breaking up of the whole EU.

What does this all mean for Indonesia?

The English-language Tempo Magazine ran a couple of stories this week about Brexit. The uncertainty in the financial markets is affecting the Indonesian economy. The rupiah has lost some value against the US dollar which, if it continues, can harm economic growth. President Joko Widodo visited the UK a few months ago and returned to Indonesia with £18 million worth of business deals. Dindin Wahyudin, minister counselor for political affairs at the Indonesian embassy in London says that the sum will probably have to be adjusted due to the plummeting value of the British pound.

For Indonesians living in the UK, not much will change in their residency status. The main challenges will be raising costs of products, especially those imported from Indonesia.

Interestingly the Jakarta Post published a piece linking Brexit and the election of President Rodrigo Duterte in the Philippines, who was sworn in last week following a populist and controversial campaign. The article concludes: ‘Both the EU and the ASEAN are examples of regional communities bringing people and markets closer together [....] However, it seems that people in many parts of the world do not embrace the new opportunities and chances for international cooperation, but instead vote for backward-oriented nationalism and anti-foreigner resentment.’

The choice between freedom or oppression. Big promises were made. Freedom was won.

But freedom came at a high price: internal political chaos, wrangling over resources in the new power regime.

And then, politics turned bloody. War started. Many died, and are still dying. The currency collapsed.

The leaders betrayed this new freedom with shocking abuses of their own civilians. Former international allies turned away, unsure about how to engage. Politics has become divisive, and there is no obvious uniting political voice.

This is the history of South Sudan since gaining independence from Sudan in a referendum five years ago. For the South Sudanese, Brexit and the fall-out are a long way away – and yet, the mechanisms of a referendum won on dodgy promises without genuine political debate are familiar here. In casual conversations, people draw parallels.

A word that came up often here in the reporting  is ‘instability’ – the impact of Brexit on Britain and Europe. Self-created instability makes little sense in a country where the population aches for predictability, and instead gets war and inflation. One year ago, one South Sudanese pound bought a bottle of water. It now costs up to fifteen pounds.

Ordinary people, who are suffering extraordinarily, speak about the need for new politics. More middle-ground and less division. More political choices. Uniting and governing South Sudan while taking into account the diversity, the struggles, and the resilience and capacity of a people who have continuously been dealt a bad hand by their leaders.

The British desire to free itself from the EU is bewildering. In Juba, Britain resides within the EU compound, yet the EU countries are distinctly perceived as individual actors. People talk about the British, the Germans, the Swiss, the Americans. Why Britain had to assert itself is unclear to many. ‘What are they so angry about?’, asks one friend. ‘They were not fighting a war with the EU.’

Some South Sudanese have noted the irony of political and social meltdown happening in a place that is supposed to be an authority on governance and inclusion. As the first UK newspaper stories break, highlighting hate crimes against immigrants, another friend texts me: ‘So sad. Specially from the smart guys.’