Over 70% of global CO2 emissions can be attributed to urban areas. The battle for the planet will therefore be won or lost in cities.

The good news is that research from ODI and partners shows us that we can cut urban emissions by nearly 90% by 2050 using proven measures. Plus, these climate actions would collectively generate a $24 trillion return on investment. This is an impressive investment opportunity – even without considering the not insignificant benefits of averting climate collapse.

Yet, even with bold action today, we are already locked into at least 1.5°C of warming and heading towards 3°C. Cities may be sites of opportunity, but they are also hotspots of risk. Their high concentrations of people, assets, infrastructure and economic activity, are all under threat because of the impacts of the climate crisis, particularly coastal cities.

City governments recognise the urgency of low-carbon, climate-resilient development. From Namibia to Norway, Bulgaria to Benin, they are innovating and experimenting. Just as importantly, they are sharing lessons among themselves so that solutions can be scaled.

As the “Africa COP” approaches, what can we learn from the Africa-Europe Mayors' Dialogue platform?

eThekwini (formerly Durban) has long been a trailblazer on adaptation. This includes efforts to integrate climate resilience into waste management strategies, with an inclusive community reforestation project developed on one of the city’s main landfill sites and successful action to become the first municipality in Africa to generate energy from solid waste.

Since 2010 the city has also pioneered work to improve riverine management. This has included upcycling the waste collected from stream areas, demonstrating in practical ways the job creation potential for low-income communities involved in ecosystem restoration. Currently the municipality is building a business case for transformative, large-scale urban riverine management with the C40 Cities’ Finance Facility. This important step will demonstrate the financial value of ecological infrastructure that reduces the flood risk in cities – unfortunately, a much-needed precondition for securing resources, even though you can’t put a price on nature. 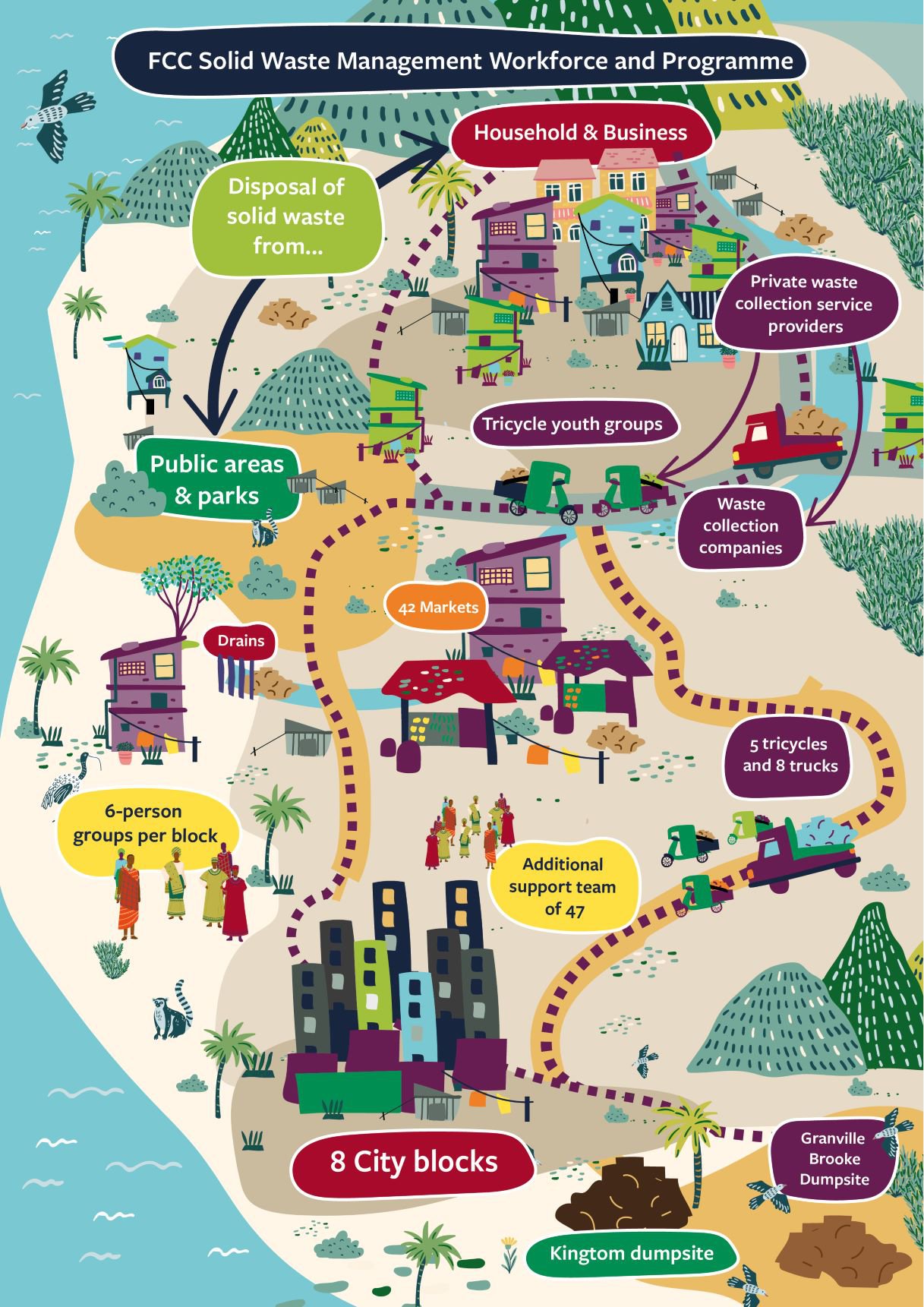 Lower-income cities like Freetown and Kanifing have also made waste management a priority, trialling a variety of approaches appropriate for their contexts and budgets. Both cities have established innovative partnerships to scale up recycling – from compost and cooking briquettes and mini-biodigesters in Freetown, to composting organic waste from Kanifing’s public markets. And both cities have managed impressive expansions of their household waste collection, introducing low-cost, door-to-door services, that help make them cleaner, healthier more liveable cities. 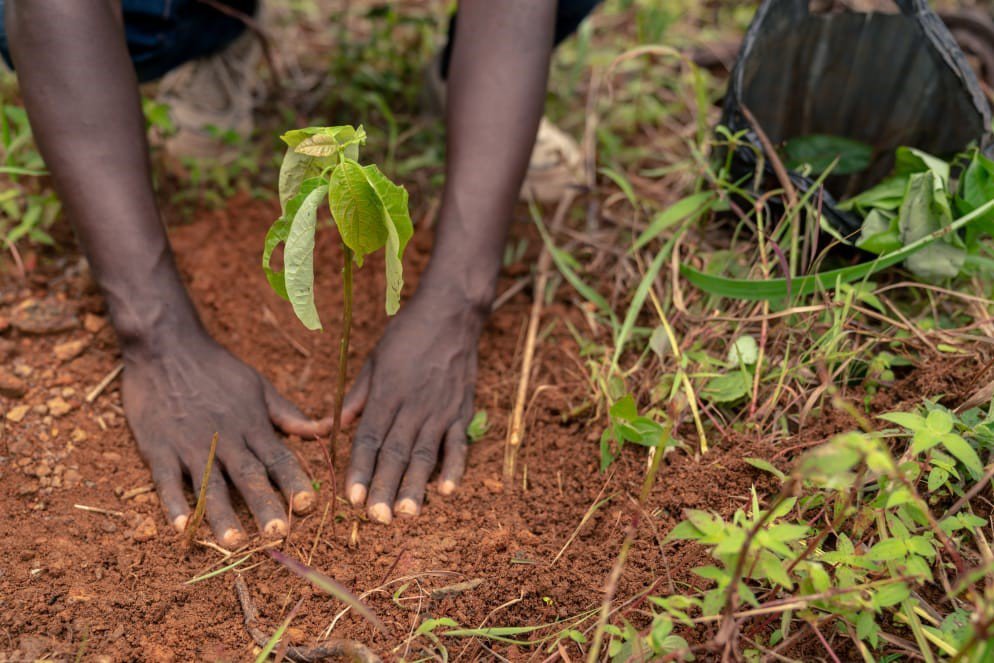 Freetown is also well known for its prize-winning tree planting campaign, launched to help protect the city from devasting floods and landslides. The #FreetowntheTreetown initiative is now well on the way to meeting its 1 million trees target, with 560,000 trees planted and 1,000 green jobs created. Social benefits are high - with maintenance teams receiving micro-payments linked to tree growth - and tree survival rates are well in excess of city targets. ODI is currently supporting Freetown City Council as it explores the potential to generate carbon credits from this ambitious tree planting programme.

These examples illustrate that cities can create jobs, improve city services and the quality of life of residents, boosting living standards and resilience, without producing significant new emissions.

Transforming European cities will be key to meeting the European Union’s climate targets by 2030. Activity in this area is intense: from Paris’ ambitious retrofitting programme and its dramatic shift towards cycling, to Milan’s similar bold steps spurred on by the Covid-19 pandemic, to reinvent itself as a cycling city. Amsterdam’s circular economy efforts aim to reduce new raw material use by half by 2030, and check out its innovative blue-green roofs initiative too.

With more people reportedly choosing to walk and bike, the superblock’s new green spaces have led to significant impacts on noise and air pollution as well as wider health benefits. The low-cost and low-tech nature of this urban design innovation also make it an attractive and accessible solution for many cities. From Berlin to Los Angeles other cities are looking to replicate this model. 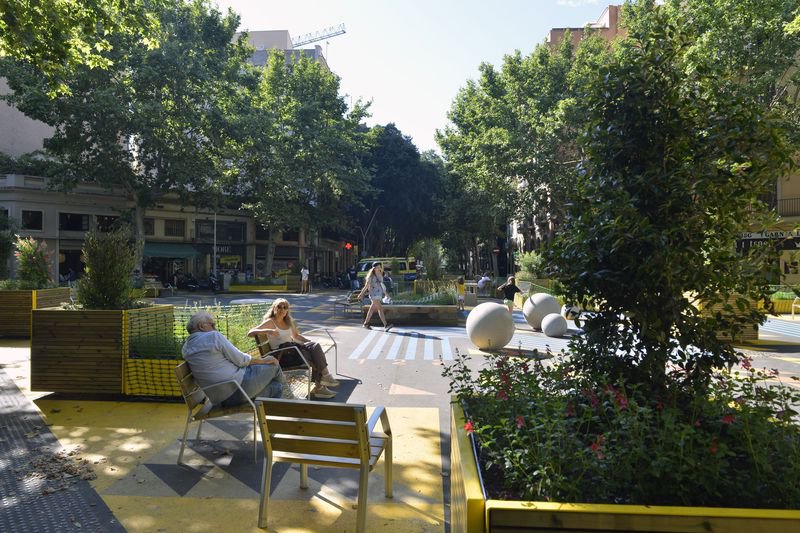 All of these investments cost money. And unsurprisingly, unlocking resources is more of a challenge for African cities. Though many – including Freetown and Kampala – have made impressive reforms to increase their own revenue collection, resources are still severely constrained.

Some cities are looking to private finance to enable faster progress. Bristol City Council, for example, is setting up City Leap, a joint venture with private partners that aims to deliver an investment of £1bn into the city’s heat networks, energy efficiency and renewable energy initiatives.

And cities such as Paris, Johannesburg and Cape Town have been able to tap into the opportunities offered by the impressive growth of the green bond market, issuing their own climate/green bonds for investments, ranging from retrofitting and energy efficiency, to renewable energy and low-carbon transport.

Compared to the US, European municipal bond markets are modest in size, with only Germany and Switzerland having well developed markets. South African cities also remain an outlier in Africa thanks to their constitutionally-enshrined right to borrow, with most African cities facing regulatory barriers to issuing municipal bonds.

African cities also face other well-documented barriers to accessing private finance including the lack of robust financial management systems, difficulties to establish credit worthiness, and the absence of an adequate pipeline of bankable projects.

New initiatives – such as the International Municipal Investment Fund - Technical Assistance Facility - seek to improve access to affordable finance by combining a focus on regulatory reform with comprehensive technical assistance for project preparation, followed by directly feeding projects into their investment fund. Similarly, the more recently launched Cities Investment Facility, provides both bankability advisory support to African city governments, as well as access to finance through its cities’ investment vehicles.

But let’s not forget, not all projects can (or should) be bankable. Achieving the critical investments in infrastructure and service provision that are needed to meet the sustainable development goals in African cities also demands that we 'move beyond the frame of bankability.' Some investments are essential for human wellbeing, economic productivity and a climate-safe world – even if they do not make a commercial return.

City administrations are delivering these innovative green solutions in addition to the demanding work of the everyday functioning of their cities. This is why cities value city-to-city networks which provide a forum for accessible learning and peer support. As ever, under the Mayors' Dialogue platform, ODI remains committed to sharing learning and supporting the replication of successful models as widely as possible. Watch this space for more updates in 2023.

Waste management in Africa: a review of cities’ experiences

The power of city-to-city problem-solving: lessons from Africa and Europe