Three years into the most important human mobility crisis since World War II, Europe insists on kicking the ball away.

The latest proposal by the European Commission (EC) to the Parliament recommends sizeable economic investments in nine countries from Africa and the Middle East. The basic logic is that this would spur economic development and persuade potential migrants to stay home, while at the same time locking origin and transit governments into migration control schemes.

Should the carrot not do its magic, the EC is suggesting the deployment of ‘negative incentives’ that would, in effect, tie EU aid and trade to the purpose of stopping refugees and migrants wherever they are.

There are at least five reasons why this so called ‘Marshall Plan against migration’ is a bad idea.

In the aftermath of World War II, the United States invested 1.4% of its GDP to help rebuild Europe, every year for four years. In the best-case scenario, the EU is offering just 0.08% of its annual GDP, with a total of up to €62bn between now and 2020 (although a more realistic figure is €8bn, the budget they allegedly plan to start with).

If we had to take the real ‘Marshall Plan’ magnitude as a reference, any reconstruction effort that’s worth that name would require an investment of around €271bn a year for the next four years.

And the EU’s track record is not great – member states have only disbursed 4.5% of the €1.8bn Emergency Trust Fund for Africa committed in the La Valetta summit on migration.

Any aid is dwarfed by the economic benefits that migration brings to source countries. The remittances to African and Middle Eastern countries alone are expected to reach €88bn in 2016, six times what the EU is promising, and handed directly to families and communities.

The idea that aid and development can reduce migration is as patronising as it is misguided.

If there’s one thing we have learned in a century and a half of massive human displacement, it’s that economic migration is the result of development progress rather than failure. This explains why the proportion of migrants from Latin America is nine times higher than that from sub-Saharan Africa.

Put simply, the vast majority of Africans do not have the necessary financial and educational resources to migrate. As the continent’s educated middle-class continues to expand, the numbers of those aiming for richer countries will continue to soar. 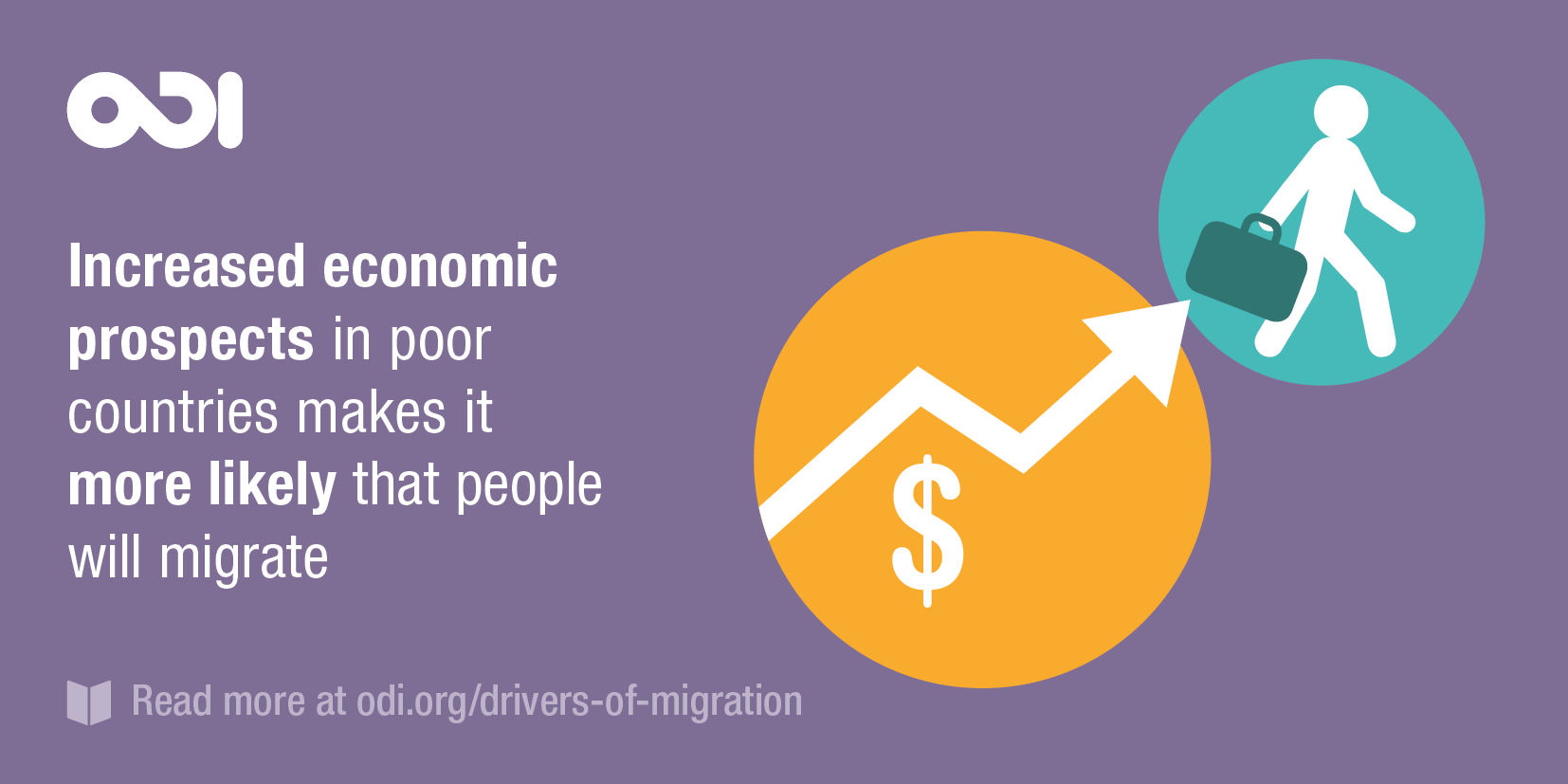 Europe’s goal is to subcontract the control of its external borders. To achieve that goal, it is willing to pay, in the form of money and unlikely alliances. Turkey’s regime magically changed from a ‘threat to human rights’ to ‘a trusted ally with a changing humour’.

But even Turkey looks like a sophisticated democracy when compared with some of the autocracies that populate the African and Middle Eastern maps. Partnering with them is not only a dangerous game with unexpected consequences, but is also a torpedo in Europe’s ethical waterline.

Not quite the message you want to send when the very fundamentals of the Union are being challenged in so many countries.

5. Alternatives are possible, but they take political savvy.

It is time to opt for a less defensive approach and be strategic about it. The hysteria and gross manipulation that has driven the public debate in the past months should give way to regained leadership, new alliances, and some simple truths.

The number of admitted refugees could be easily expanded and reallocated in countries (such as Spain) that have so far ignored popular support for increased efforts. But this goes beyond refugees and asylum-seekers: unlike other large destination regions, such as Canada, the EU has been incapable of aligning the reformist forces behind the new institutions and legal paths that would match economic migration with the needs of aging and less productive economies.

The Commission’s proposal for a reformed Blue Card regime for qualified migrants is a welcomed but clearly insufficient attempt.

It is no wonder that the EU’s ‘plan’ has been welcomed by a large number of European parliamentarians and national politicians, desperate to delegate their responsibilities. But this latest move is both a non-starter for the migration crisis and an obscene distortion of the principles that should govern aid and development policies. It should be rejected.

A version of this blog was first published on El Pais.