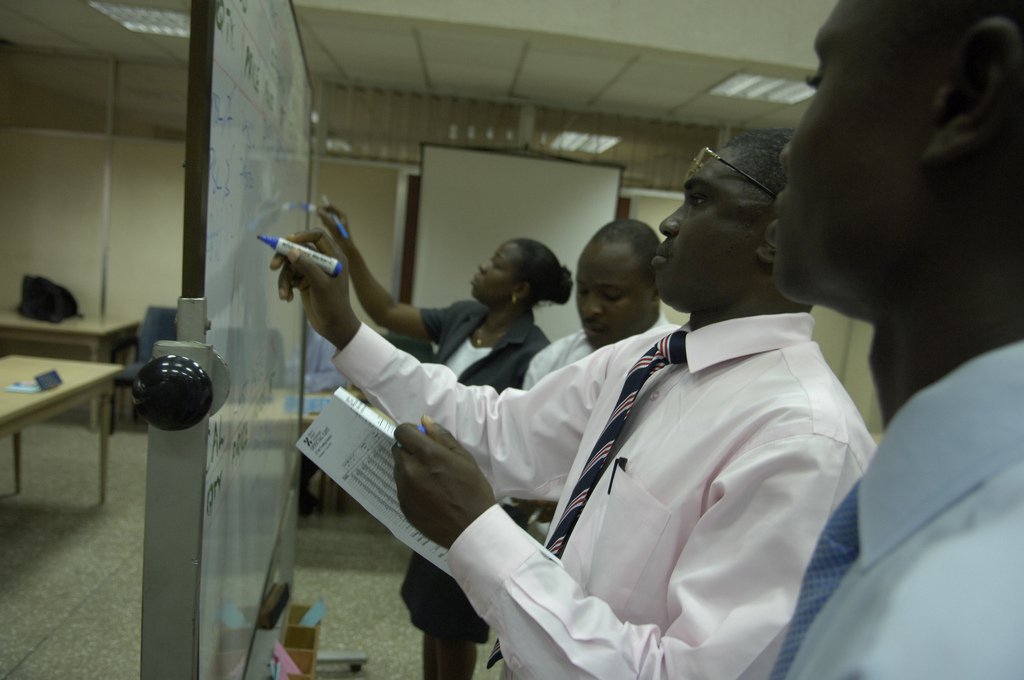 The global economy is slowing down

The US–China trade war, global increases in sovereign debt, and weak 2018 stock market performance have all weakened prospects for economic growth. The IMF prediction that global GDP growth this year will continue at 3.7% seems optimistic. Manufacturing indicators in China and the US are pointing downwards, and the Chinese economy and import demand have weakened. Earlier this month, the World Bank reduced its forecasts for global growth to 2.9% in 2019.

Slower growth, along with more expensive credit globally, will likely harm African economies (even though some such as Ethiopia, Rwanda and Tanzania may still reach 7–8% growth this year). The IMF is concerned that the world is even less prepared now for an economic slowdown than in 2008 before the last global financial crisis hit. Those countries that have successfully diversified and transformed their economies and built up their reserves will be better prepared to weather any shocks.

The breakdown in global trade governance as a result of the US–China trade war does not bode well for the 12th World Trade Organization (WTO) Ministerial Conference in Kazakhstan in 2020. No ministerial is scheduled for this year, but July 2019 will see the WTO Global Aid for Trade review on Economic Diversification and Empowerment for Inclusive, Sustainable Development through Aid for Trade. Meanwhile the World Bank now faces a period of leadership uncertainty following the surprise resignation of President Kim.

Japan hosts the G20 summit in June 2019, but not enough time will have passed since the December 2018 summit to develop any significant new proposals. A decade after the G20 took the lead in mitigating the effect of the 2008 financial crisis, it has become a less effective body (though still with effects for Africa, including by maintaining some minimum level of global co-ordination and by committing to a progress report this year of its 2016 initiative on African industrialisation).

In the face of weak governance and growth globally, Africa is looking inwards. The signing and ratifying of the African Continental Free Trade Agreement (AfCFTA) is progressing well, with sufficient ratifications expected by the time ministers and leaders meet in March 2019. Deep regional integration will help transform the continent. Further negotiations, as well complementary cross-border infrastructure, will be necessary to significantly increase exports and productivity.

At the same time Britain, China, the United States, France and the European Union have all launched initiatives to strengthen bilateral trade and investment relationships with Africa. The United Kingdom will host an Africa Investment Summit in the autumn and is seeking to roll over existing trade relationships if it leaves the EU and develop new trade preference schemes afterwards. The African Union would like the UK to develop an external trade deal for the continent as a whole.

China’s Belt and Road Initiative (BRI) is channelling large amounts of finance and delivering infrastructure in Africa. The physical effects have become more visible, but so have increased debt levels and failures in some countries to use finance effectively for transformation. BRI has also coincided with increased rivalry. Both the US and Canada have started or legislated for a bilateral development finance institution (DFI); the UK has further recapitalised its DFI; and the EU has new financing plans to support African jobs. African leadership needs to be centre stage for these initiatives to work.

The theme of World Economic Forum in January 2019 is Globalisation 4.0, a logical extension of the concept of Industry 4.0 – a world in which digital technologies help manufacturers to automate production and forge new virtual connections.

There is still a small window of opportunity for African countries to build their traditional industrial capabilities, but significant change is underway in the new digital era. ODI, the Pathways Commission, the World Bank and IMF have begun to consider what is already happening and how countries can prepare better, but it will be up to individual governments to take the necessary practical and tailored steps.

There will also be many opportunities for Africa’s global supply of services, as digitalisation can bring financial, legal and other services closer to global consumers. Seizing these opportunities will depend on whether countries can sufficiently support the development of appropriate digital skills in their workforces. ‘Skills 4.0’, such as those that can perform cognitive non-routine tasks, will offer new opportunities for Africa’s services exports and wider economic transformation.

Manufacturing’s share of Africa’s GDP has declined over the past decade, even though in absolute terms manufacturing production has doubled over the same period. Manufacturing will continue to be crucial for creating jobs, though we should not expect the same miracles of job- and export-intensive manufacturing growth seen in Asia over sustained periods of time.

African governments are taking different policy approaches to industrial growth. Ethiopia continues to use a targeted approach focusing on special economic zones following the initial success of Hawassa Industrial Park. Car manufacturing is a possible future growth sector for the continent, with Rwanda and Namibia attracting new plants. Kenya is looking at how small firms can play a part in the country’s economic transformation and the president’s flagship ‘Big Four’ agenda, which puts manufacturing into the spotlight. Tanzania is taking an increasingly risky approach, intervening forcefully in the market for cashew nuts for instance. This variety in approaches will provide valuable lessons for what works – and what doesn't.

Jobs will be a focus in some African elections

Forthcoming elections in Nigeria have put the spotlight on a faltering economy. While foreign direct investment into the country increased in 2018, foreign reserves, oil prices and growth have all been weaker than expected. With a quarter of the labour force unemployed, jobs and transformation should be central to the election campaign in Nigeria.

Elsewhere on the continent, Mozambique hopes to put its debt irregularities behind it following recent action and a renewed focus on jobs and the economy ahead of planned elections in October 2019. South Africa, one of the weakest economic performers on the African continent and with the world’s highest youth unemployment rate, is also facing elections, probably in May this year.

At the global level, then, the clouds are darkening. Which countries will seize the opportunities to transform and create jobs in the year ahead?