Before the media frenzy takes off around the Chilcot Report and starts dissecting British involvement in the Iraq War, it is worth stepping back and looking what this conflict has meant, and still means, for Iraqis today. Just this week, in Baghdad’s Karrada district, 165 people died in a single bomb blast. Entire families were wiped out in a heartbeat as they prepared for Eid Al-Fitr, the end of Ramadan celebration. Moments later, a second bomb exploded in another neighbourhood in Baghdad.

Statistics of casualties following large-scale attacks like these obscure the difficulties ordinary Iraqis face every day. These tales don’t often make the headlines, but their cumulative result is having a devastating effect on Iraqis.

According to the UN, 190,000 people have been newly displaced along the Anbar and Mosul corridors since the beginning of this year. To put this into perspective, that is approximately the population of Geneva, Switzerland.

These figures bring the total number of displaced people in Iraq today to 3.4 million. Many of them have endured multiple displacements, fleeing their homes some time ago due to fighting just to find themselves again in the midst of violence and forced to seek safety elsewhere. As a result of this protracted violence, out of a total population of nearly 35 million, 10 million Iraqis are in need of humanitarian assistance.

Unsurprisingly, in these times of multiple crises in the region and beyond, the humanitarian response is stretched to its limits. It suffers from chronic underfunding, acts in a highly volatile environment – which significantly impacts access to people in need – and by its own admission struggles with its own coordination, as seen in the response to the sudden exodus of civilians from Falluja.

Falluja had a population of 275,000 and had been under the control of the Islamic State (IS) since January 2014 until recently, when Iraqi forces managed to drive them out of the city after a long siege that left the city on its knees.

If Falluja was already an overwhelming task for aid agencies, the military attention that the Iraqi government is giving to Mosul (a city controlled by IS since July 2014 and with a significantly larger population then Falluja) raises serious concerns of a new and larger wave of displaced and injured people in need of urgent aid.

The focus in Iraq, as elsewhere in the region, has been on security, in particular on the fight against groups such as Islamic State. Adding to that, Iraq’s leadership has been preoccupied with the political and economic turmoil gripping the country. As a result, the plight of those displaced – who make up 10% of Iraq’s total population – has been overshadowed; and there is little indication that these will be able to return home any time soon given ongoing instability.

Conflict, violence and political disorder have created the grave humanitarian crisis we see today. People, especially those living in IS-controlled territories, are in desperate need of aid. Specialised agencies have the incredibly difficult task of reaching them and delivering assistance while walking the fine line between doing their utmost to reach those in need without at the same time potentially giving legitimacy to armed groups.

When we think of Iraq, we think of conflict, violence, families being torn apart. Iraq is more than that. Iraq is also Al-Mutanabbi Street in Baghdad, the heart of Iraq’s literary scene, where book lovers, poets and writers browse through the book market on Friday. But for now it is a country in turmoil. 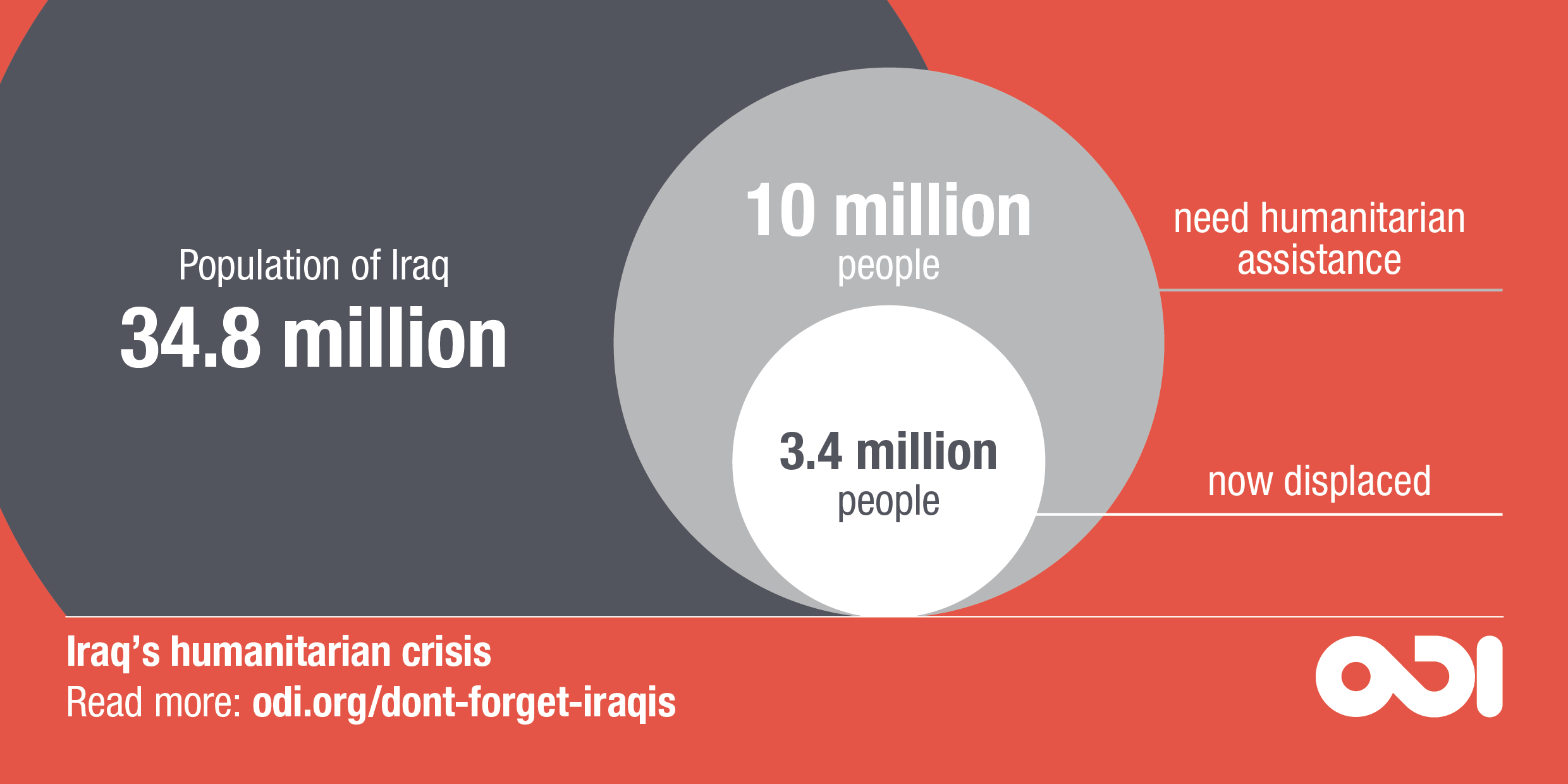