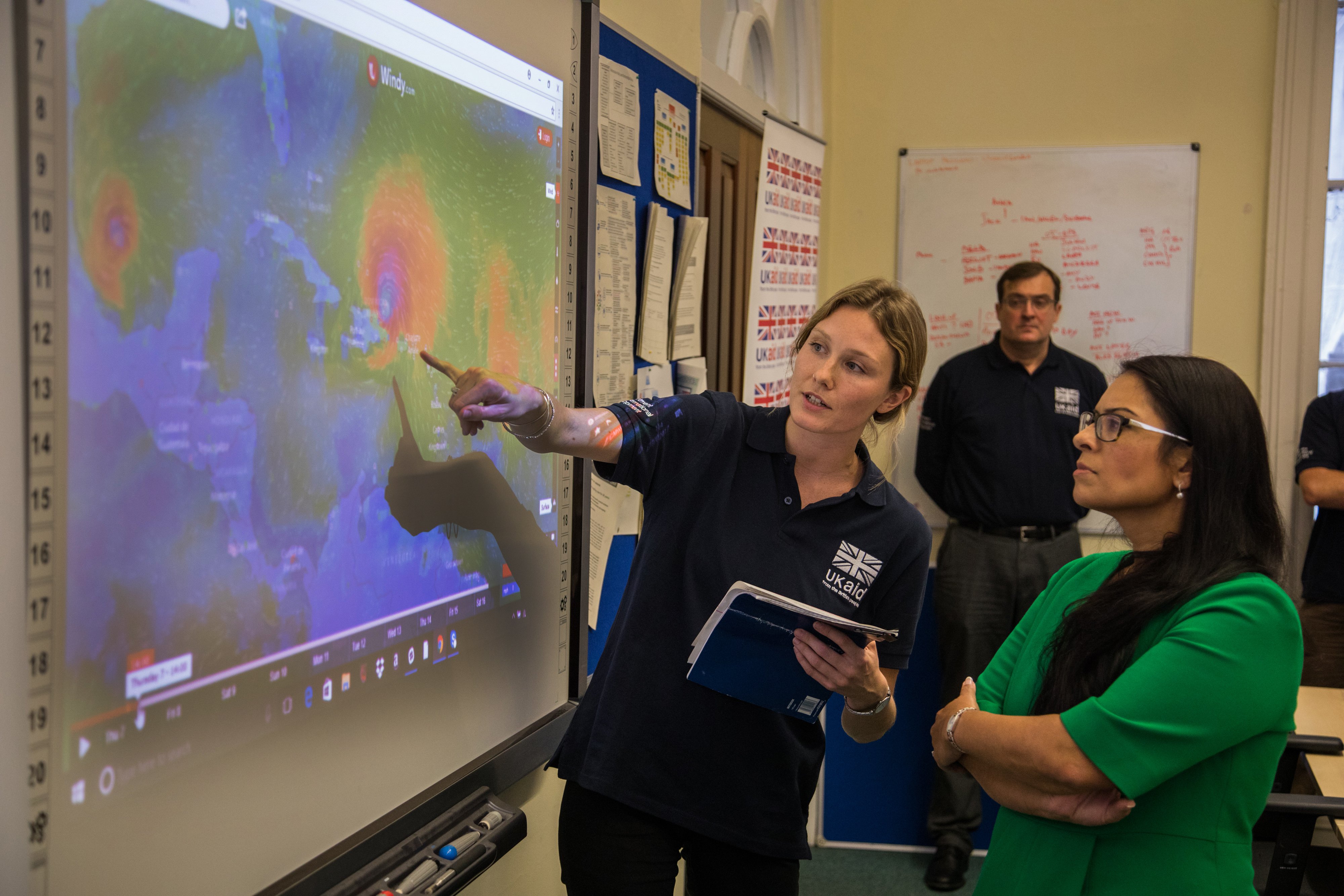 Next week, the group of 30 donor countries that together decide the rules on official development assistance (ODA), or overseas aid – known as the Organisation for Economic Cooperation and Development (OECD) Development Assistance Committee (DAC) – will hold its High Level Meeting in Paris. Ministers from DAC member countries will debate proposed changes to the ODA rules.

The UK is preparing to push for a temporary exemption to aid eligibility criteria for the British Overseas Territories that were recently devastated by Hurricane Irma. According to the World Bank’s classification, the territories in question are ‘high income’ because their per capita national income exceeds $12,235 per year. Once a country achieves high income status over three consecutive years, eligibility rules agreed by the DAC require it to be removed from the list of ODA recipients. Prime Minister May has called it ‘absurd’ that disaster relief and recovery funding for these islands cannot be counted towards the UK’s official aid spending (set, by British law, at 0.7% of national income).

The current atmosphere surrounding UK aid policy is politically charged. The government’s response to the British Overseas Territories is set against a backdrop of ‘taking back control’, with the government under pressure to deliver the changes to aid rules promised in the Conservative Party manifesto. But rushing through an ad-hoc exception for a pre-determined group of territories is potentially dangerous and short-sighted – dangerous because it would set a precedent for others to unilaterally demand specific exemptions whenever politically expedient, and short-sighted because it risks missing a wider and more important point. The very need for ad-hoc exemptions exposes the inadequacy of a framework that relies on national income per capita (alone) as an indication of a country’s need and its domestic capacity to respond to disasters and other challenges.

Small islands are often the anomalies when comparing income per capita against other measures of development progress. Many are struggling with exceptionally high debt burdens, undiversified economies, and an extreme vulnerability to climate shocks. But equally, towards the other end of the spectrum, many countries ‘graduating’ from low income country (LIC) to lower middle income country (LMIC) status – at the current threshold of just $1,006 per capita – are also being poorly served by the eligibility and transition frameworks of many bilateral and multilateral donors, as ODI research has shown. Many face a ‘missing middle’ in terms of development finance because their incoming aid has dropped faster than their domestic revenues can compensate for.

The DAC’s approach of simply lifting countries out of ODA eligibility after they have exceeded the high-income threshold for three consecutive years can certainly be improved. The questions of which countries are eligible to receive official aid, on what terms, and why, are critical. Institutions like the DAC should be concerned with how the international aid system as a whole can answer them better. The UK is well-placed to lead a process to address this constructively in the DAC and elsewhere, as it has done with past reforms to the aid rules. To uphold the integrity of the system, any changes should be based on evidence about countries’ experience and how best to measure vulnerability and need. They should be negotiated properly and agreed by all parties. And they should be applied consistently and fairly.

Ultimately, the solution may be to broaden the ‘hard’ rules governing aid, and put greater emphasis on ‘soft’ policies and targets – those that direct the majority of aid where it is most needed, to the poorest and most vulnerable countries.