Something is in the air. At this month's Milan Design Week, the world’s most important design fair which marked its 60th anniversary this year, sustainability was the talk of the town.

Take for example the installation ‘Design with Nature’ by leading architect Mario Cucinella, exploring the themes of circular economy and reuse, especially in cities. Or the ‘Prada Frames’ symposium organised by fashion giant Prada and curated by Formafantasma, a research and design studio based in Milan and Rotterdam, investigating the complex relationship between the natural environment and design, ‘bringing together the valuable contribution of scholars and professionals, such as scientists, architects, designers, artists, activists, anthropologists, and law experts’.

The interest of the design and creative sectors goes beyond sustainability. The book ‘Design Emergency’ by MOMA curator Paola Antonelli and design expert Alice Rawsthorn was also launched in Milan. This looks at how design can address the most pressing problems of the age, from pandemics to warfare and the refugee crisis.

We were also in Milan. In collaboration with IKEA Italia and the IKEA Foundation, we organised a day of events ‘Our Collective Future’ to discuss our own work on migration and the power of ideas, creativity and talent of people who move, by need or necessity. The press loved it: it is not often that you get to discuss migration at a design fair.

Why does this matter, I hear you say. Or rather, what difference does it make? Will it help reform and change policies, and most importantly, practice? Will it change people’s lives?

That, I cannot be sure about, or not just yet. But a few things I do know: over twenty years I have learned that much of changing lives or ‘development’ is about solving problems. Yet we (policy researchers and analysists) assume that those problems can be resolved through a very limited set of tools: we write reports, send advisers, hold conferences. While not unimportant, change takes time and efforts, trying to win an intellectual argument is often just a point of departure, not arrival.

So what if the right question was: what more could we all do to make this moment of interest in the creativity space, be it design, the arts or fashion, matter more? To answer this question, I will tell you a story. The story of the journey I have been on in the past couple of years working with creative minds in design and fashion.

Design for people and planet

What is the point of design? It is not design for its own sake. The point is purpose, or rather, the purpose of its products. So yes, there is more to design than nice chairs. The process and exploration of design is about resolving a concrete problem that knows no solution until the creative process and experimentation finds one and puts it to the test of practice. Like the stile and the ‘lock’ in these pictures, products designed to allow humans but stop animals accessing towpaths, and in so doing resolve a problem. 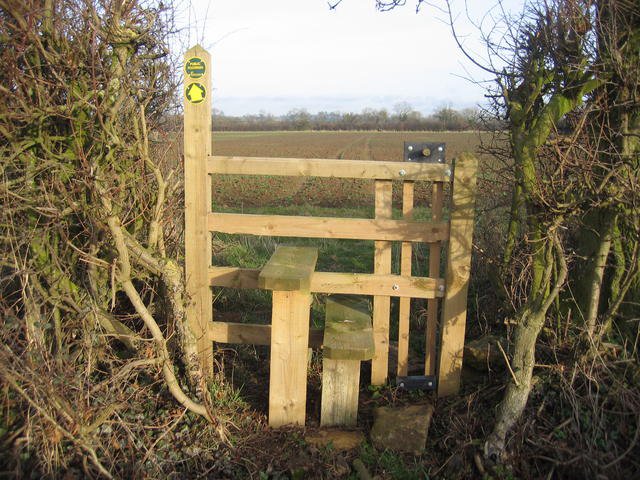 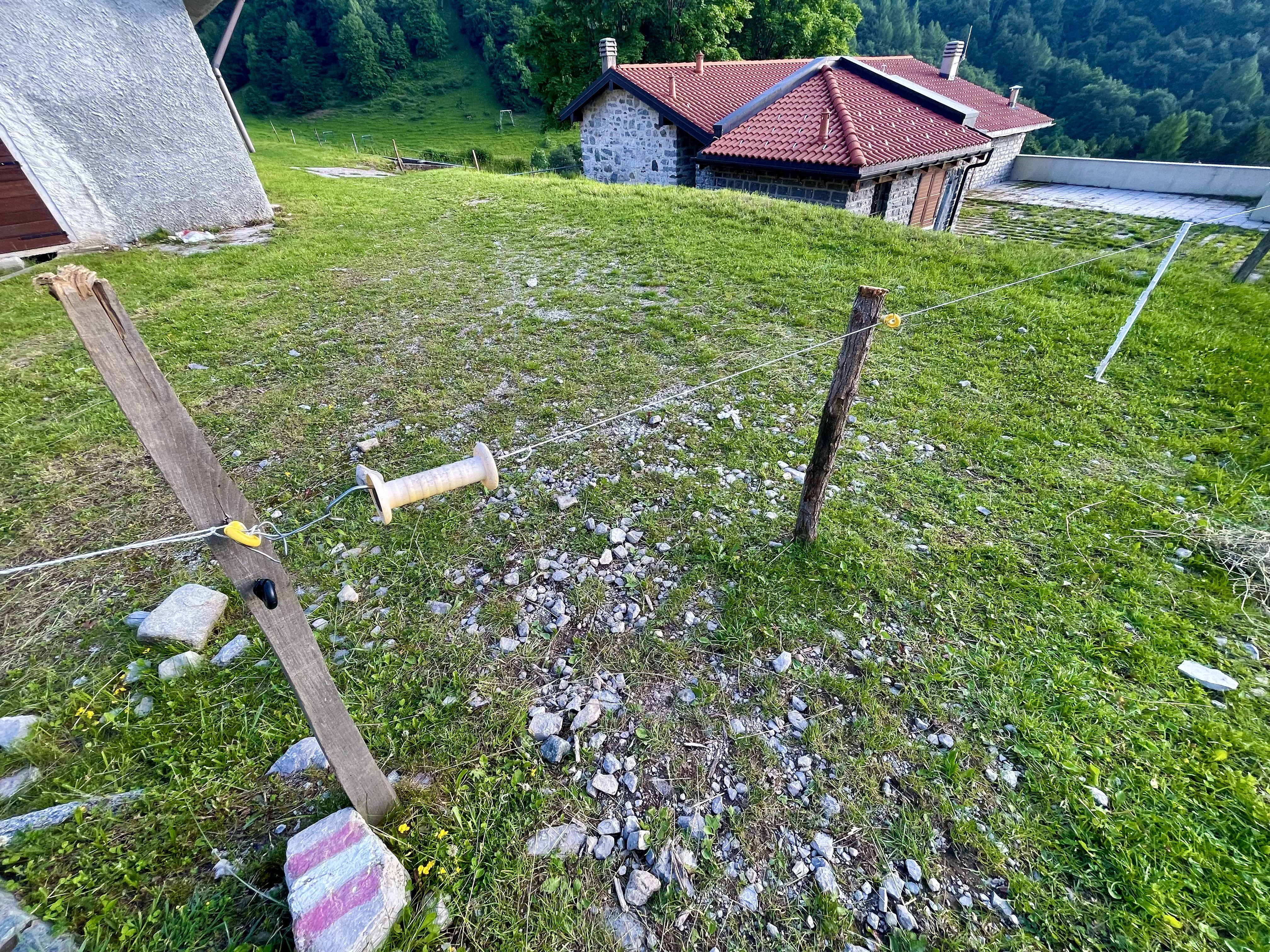 So the job of designers is to find solutions to wicked problems. Increasingly, they are focusing on global challenges, especially those that require local and innovative solutions. Covid was a turning point in this respect, as the world was confronted with unprecedented challenges that could not be met by traditional solutions. So designers got down to work.

Using data and design to bring people’s stories to life

Covid marked my own encounter with design. Back in spring 2020, in the very early days of the pandemic, I wrote an ode to key workers: I wanted to highlight the essential contribution that migrant frontline workers were already making to the emergency response. I then started collecting data on stories of migrants contribution from around the world. The ‘data’ that I gathered was messy – a list of URLs to local newspapers articles, social media posts and some out of date numbers from pre-pandemic datasets.

I really wanted to tell this story as I could see how central the debate about frontline workers was about to become, but I did not know how to. Or rather I knew that my traditional toolbox, which relied heavily on written words, was not going to help me. I needed something that could change and evolve daily, something that could rapidly respond to twist and turns, something that could inspire hearts in minds in those early days when we were clapping on our doorsteps. And get the word out to people in power.

This is when I contacted the information designer Federica Fragapane, whose work I admired and found beautiful, to see if she wanted to work with me. She did, and a few weeks later Key workers: migrants’ contribution to the Covid response came to life. So I got to tell my story through information design and especially through Federica’s imagination and wonderful visual metaphors. I could not have done it otherwise.

Now, so what? Who is listening to these stories? Well, all sorts of people that were certainly not listening to me two years ago. Museums, art galleries and their audiences for example: from a masterclass at Palazzo Grassi in Venice to an event with V&A in Dundee, for which a Financial Times journalist was among the speakers. We have had the opportunity to discuss this work with students, information design experts, leading data journalists and curators, none of whom I could have reached with a policy paper.

And there is more. Unlike research reports, these visualisations last in time, they grow, change and adapt. And end up taking a life of their own. ‘Key workers’ for example won a number of awards, like the FastCompany Design by Innovation Award which gave the work unprecedented visibility amongst businesses and innovation enterprises. Only last week we received a nomination for the European Commission STARTS PRIZE 2022 honouring innovation in technology, industry and society stimulated by the arts.

So the story is not just told once: rather, it keeps giving. Just like our trees.

Two years ago, the mayors Freetown, Sierra Leone Yvonne Aki-Sawyerr and the Milan, Italy Giuseppe Sala decided that they wanted to do something concrete to create opportunities for young/emerging talents in their cities to move, safely and legally, and contribute to each other’s lives. They had a vison: that African and European cities could work together to create the necessary breathing space that talents and creative minds need to flourish and make a contribution to economies and societies.

They decided to work together on fashion: an emerging sector in Freetown, with the potential of local designers, tailors and textile manufacturers to expand their networks and client base in neighbouring countries as well as Europe. And a well-established and profitable sector in Milan, in constant need of innovation and new ideas – and markets.

Two years on, this is now a thriving and rapidly evolving partnership, with the aim of creating opportunities for long-term skills development, exchanges and on the job training alongside targeted mentoring and business development support. Soon, they will establish the National Fashion & Design Council of Sierra Leone and also support the ‘Made in Sierra Leone’ brand to help position the country in global fashion markets. In Milan we are working with representatives from the fashion industry interested in techniques for sustainable dyes, textiles, and ethical sourcing options, exploring innovative new commercial partnerships with stakeholders in Sierra Leone, as well as wider opportunities in the West African market.

So far, so pretty traditional development work. But what is unique about this work is the collaboration between ODI, the two cities and mayors with fashion designer Foday Dumbuya, founder and creative director of Labrum, a menswear brand ‘fusing British tailoring with West African design’ and Julianknxx, Sierra Leone born poet and interdisciplinary artist. 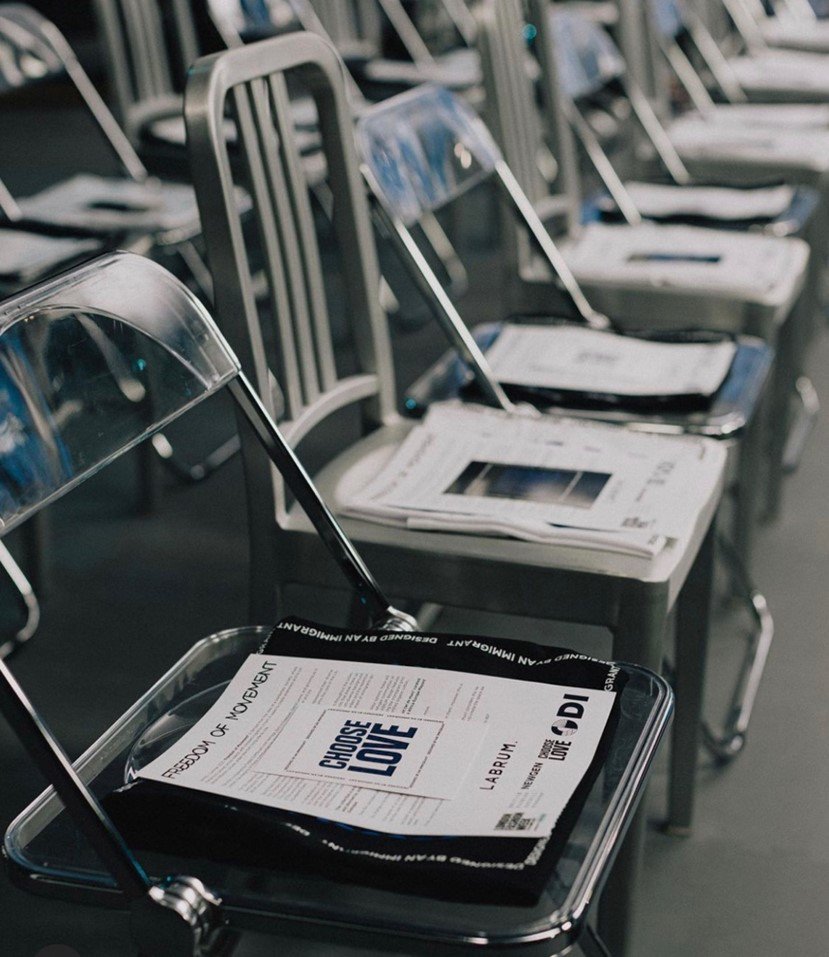 Together, we have produced an artistic documentary, On Freedom of Movement (wi de muv). The film considers what it means to be free to move, ‘not as in leave or flee, but to move’. It shows the power of the creativity in the city of Freetown, and how much it has to offer to the rest of the world.

Credit: Julianknxx, On Freedom Of Movement: wi de muv, 2022 © Studioknxx; Courtesy of the artist and Studioknxx

The film will soon be screened in leading art galleries. It will travel to film festivals around the globe. It will be shown and discussed with policy-makers, with students and designers. And by doing so, it will reach the hearts and minds of many and help tell the story of the traditions, crafts and immense potential of the people of Freetown. Which is so beautiful and rich, it deserves all the attention it can get.

There is more. Labrum’s collections and related shows are also an integral part of the work. Foday coined the phrase ‘Designed By an Immigrant’ which appears on Labrum’s t-shirts, hoodies, and as labels on many of their garments with the aim of repositioning the discussion around immigrants in the West. Labrum’s latest collection presented at London Fashion Week earlier this month is also called ‘Freedom of Movement' and is ‘derived from the idea of a borderless society, where merging of cultures would coexist with constant migration. In turn, it seeks to create awareness and to celebrate different cultures under one roof, living side by side’. 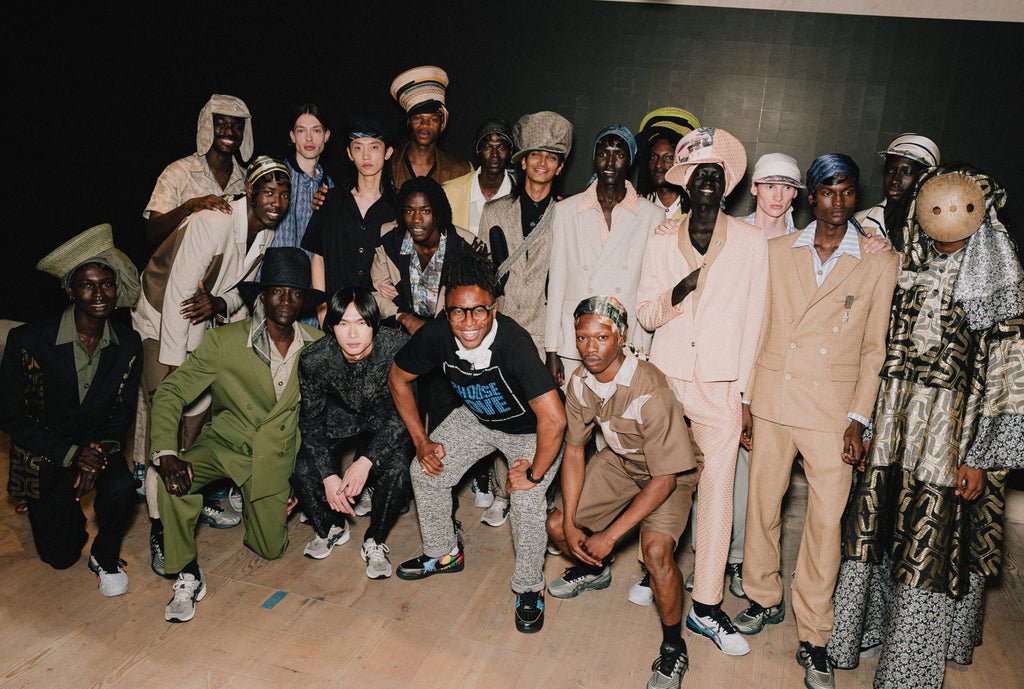 We are not alone in paying attention to the immense potential of African fashion and designers. The Economist predicted that in 2022 African fashion will enter the global mainstream. Next month the world renowned V&A Museum in London will open a major exhibition on African fashion ‘exploring the vitality and global impact of a fashion scene as dynamic and varied as the continent itself.’

In a few weeks, three makers, tailors and textile manufacturers from Sierra Leone will travel to London to work in Foday’s studio and meet fellow designers. Then onto Milan to make connections with the textile industry. So that’s where the ‘real work’ begins. But ‘the work’ is not enough, what matters is also telling a new, different story from the often patronising narratives that still dominate the development sector. The story we are telling is a story of talent, mutual respect and craftsmanship.

Over the next months and years I will be working more to help connect and find common ground between all the creative pioneers in the arts, but also the policy, media and political spaces that can help make change happen by promoting creativity and talent. There is a long tradition connecting entrepreneurship with the arts and creativity. I want to add policy making to the mix, as it appears to be the missing link.

Whether it will change the world I cannot be sure, but it has changed my perspective on how knowledge and ideas can be put to good use. Do follow us, as this is just the beginning.

I am grateful to Mark Miller for comments and on earlier drafts and to Tom Alwyn, Jamie Taylor, David Aragon and Laia Aycart for supporting all the multimedia work included in this piece.