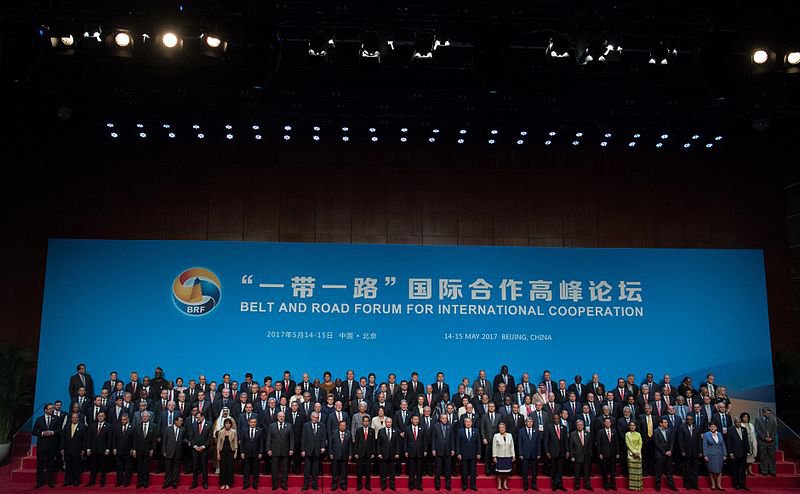 The second Belt and Road Forum in Beijing later this month is shaping up to be a major event. The Belt and Road Initiative (BRI) is not explicitly about development, but it will have important implications for many low- and middle-income countries. This blog features my recommended resources for anyone wanting to better understand the BRI.

What is the Belt and Road?

It’s a massive infrastructure and connectivity initiative of the Chinese government, loosely based on two main routes: the Silk Road Economic Belt and the 21st Century Maritime Silk Road. In Chinese the initiative is called 一带一路 (literally, ‘one belt one road’). The English name has changed from One Belt One Road (or OBOR) to the now widely accepted BRI.

The name is not the only moving piece. The BRI is fluid – an ever-evolving concept that has changed considerably since it was first announced in 2013. While large investment projects characterised the initial phase, it now focuses on high-quality development, mirroring China’s growth path from ‘high-speed’ to ‘high-quality’.

The very nature of BRI has also evolved as well. It started as a China-driven plan to connect the Eurasian region, but the Chinese government now aims to make this a ‘platform’, open for all countries to join, and for all interested investors to collaborate.

One challenge that many non-Chinese observers (especially in Europe and in the US) struggle with is the ‘vagueness’ of the BRI concept. The BRI brand is broad enough to encompass many projects and ideas. While this makes the BRI flexible to evolve, it also makes it difficult to pinpoint its exact scope. What makes an infrastructure project a BRI project? And does it matter to be able to define it? To avoid potential misuse of the term, the Chinese government is moving toward developing a BRI project database (more on this below).

Top resources on the Belt and Road Initiative

The starting point for anyone interested in the BRI should be the official Belt and Road portal. The portal provides lots of useful documents, including a list of countries that have signed cooperation documents with China, and the ‘Guiding principles on financing the development of the Belt and Road’, signed by almost 30 countries in 2017 to promote more sustainable financing of BRI projects.

The ‘Vision and Actions on Jointly Building Silk Road Economic Belt and 21st-Century Maritime Silk Road’ is the official blueprint for the BRI. It highlights the five main areas of the initiative: policy cooperation, infrastructure connectivity, trade connectivity, financial cooperation and people-to-people exchanges.

The domestic side of the Belt and Road Initiative

The BRI is about China ‘going out’ (pdf), and as such it responds first and foremost to China’s domestic needs. A few resources published last year make this case convincingly.

This article looks at how the BRI helps China deal with a number of domestic challenges, including structural changes in the economy, shifting demographics, financial risk management, and poverty alleviation.

Other resources look at how the BRI is managed domestically. This article offers interesting insights around the domestic policy processes governing the initiative. Very interesting and quite critical of many aspects of the BRI is this article, which looks not only at how the BRI is managed and directed domestically, but also how it serves domestic policy needs, including mobilising provinces, and how dissent and disagreement around policy choices are controlled.

The Belt and Road is not uncontroversial. Most of the criticism aired outside of China refers to the financial sustainability of many Belt and Road projects, discussed in an earlier round-up. I also flag the paper ‘Examining the debt implications of the Belt and Road Initiative from a policy perspective’, and this recent piece by Deborah Brautigam challenging the simple ‘debt-trap diplomacy’ narrative and assessing some of the financial challenges around the BRI.

Criticism around BRI is also raised domestically. Some commentators point to the lack of planning, or inappropriate framing of the initiative. Others criticise the fact that the Chinese government is spending (or lending) abroad, when a lot of people still live below the poverty line. This narrative may sound all too familiar to audiences from OECD countries.

The Belt and Road Initiative’s impact on partner countries

I also find it very interesting to read about the impact of BRI in specific countries. While some countries (such as Sri Lanka, Malaysia and Pakistan) have received extensive media attention, there are less obvious but equally interesting stories.

One blog, for example, highlights the emerging impact of the BRI on urban development in Uganda. A piece on Myanmar discusses how the government is trying to manage BRI projects, scrutinising not only their price tag, but also how they fit into Myanmar’s development strategy. Another report looks at the ‘Balkan Silk Road’ running through Western Europe.

I have also been revisiting a lot of older resources to better understand the implications of the BRI for development. UNDP China has a lot of content about BRI and development, which is worth exploring – see, for example, this report on economic development along the Belt and Road.

If you would like to sign up to receive the China resources round-up in your inbox, please email me at [email protected]