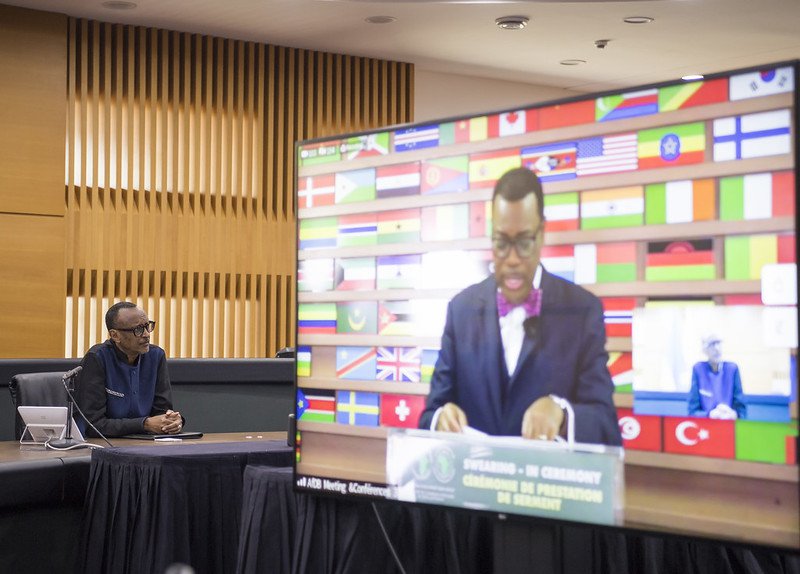 For far too long, the focus of development finance has been on the multilateral banking system. National development banks (NDBs) have been neglected, but they have a unique role to play in supporting their country’s development efforts and structural transformation. Thanks to their financing models they can provide longer-term, more affordable financing for sustainable development investment than what is available in the private market.

We urgently need a cohesive system which leverages the respective comparative advantages of all public development banks, and I am hoping this week’s landmark Finance in Common Summit will be a watershed moment for development finance. The Summit has the potential to inject some much-needed dynamism, directional thinking and collaborative approaches to development finance.

Nowhere is this needed more than in Africa. One barrier to realising this, however, is the widely held perception that African development banks (DBs) are poorly governed and suffer from poor financial performance. This is critical, as it means that these banks are not seen as attractive partners. It undermines their ability to mobilise much needed investment at scale, which ultimately weakens their development impact. The reality is that the performance of DBs is mixed across the continent. The important question should not be whether DBs are a good idea, but how to make them most effective.

Our latest research – looking at how the governance of African DB’s affects their financial performance – offers three recommendations for African DBs to better support the 2030 Agenda for Sustainable Development.

1. Increase institutional distance between ownership and management by depoliticising appointment

Most African DBs are solely owned by African governments, although several new African DBs have been created with more diversified shareholding as this is often seen as a positive for bank governance and financial performance. But we found that internal governance matters more for financial performance than ownership does, and DBs that are better performing do not do so by virtue of being less public.

Political influence in the governance of DBs is associated with poorer financial performance, but this effect can be mitigated by having a more independent senior management and Board of Directors. For example, in a third of the 33 African DBs we reviewed, the Head of State plays a decisive role in the appointment of the Chief Executive Officer (CEO) or Board of Directors. Crucially, this independence issue becomes especially important for DBs operating in countries where the wider governance environment is weak.

NDBs need to be financially sustainable and function as viable banks. This is important to ensure that they can attract and mobilise much needed external capital from partners such as international development banks, international climate funds, donors and private actors both domestically and internationally. This issue becomes even more pertinent in the current context of Covid-19 and fiscally constrained governments.

DBs in Africa are numerous and growing in number, but financial performance varies significantly between them. Around two-thirds our of sample banks are profitable and compare favourably to European development finance institutions (DFIs) and the International Finance Corporation (IFC), but one-third are not. About half our sample banks have issues with asset quality with high non-performing loan ratios. This problem seems to be more pronounced in the Africa region compared to wider samples of development banks globally.

The big challenge is that most of these banks are extremely small relative to their country’s GDP. Their low levels of capitalisation imply that many are not playing a big role in the domestic economy, which restricts their ability to scale investment in a material way in support of their country’s development.

However, change may be afoot. The data suggests that nearly all our sample DBs have grown their balance sheets and lending portfolios significantly, in part due to an increase in long-term debt funding. But low levels of shareholder equity in the banks limit how much they can borrow and on-lend to beneficiaries.

Governments should ensure sufficient capitalisation for well-governed and strong financially performing DBs. This will be key to enable them to operate at scale and support transformative investment.

We catalogued the existence of 107 DBs in Africa but could only source reliable, consistent and time series data for 33 of these. This lack of transparency undermines accountability and lends weight to the poor governance perception. If African DBs are to step into the limelight there is an urgent need to strengthen transparency and their reporting capacity. At a minimum, these banks should publish audited financial statements and annual reports on a timely basis.

The Finance in Common Summit is a great opportunity for DBs to seek out and build new and better partnerships with each other, leveraging their respective comparative advantages. In Africa, small DBs should leverage their non-financial strengths, such as local knowledge and networks to source and develop investment opportunities. Larger DFIs, regional DBs and multilateral development banks (MDBs) should partner with them to enable access to longer term cheaper capital and target their financial firepower. Larger DBs can also play an important role in building the capacity of smaller DBs and should not shy away from this.