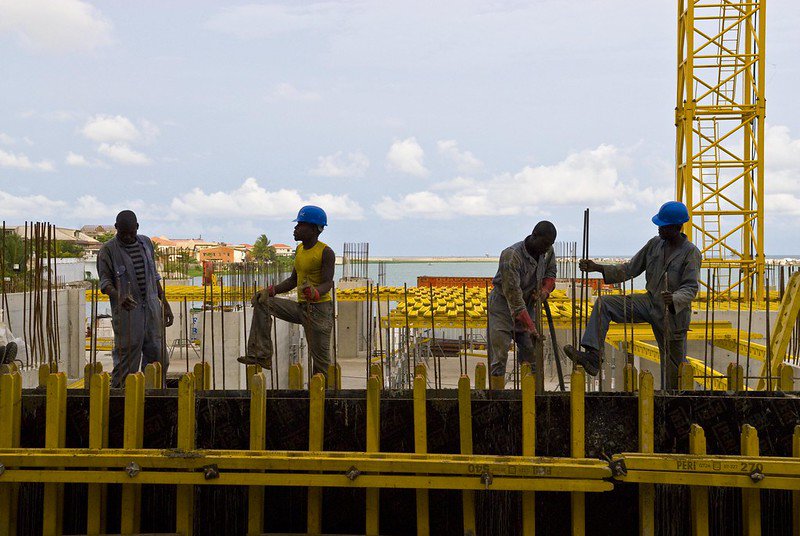 This year’s Africa Industrialisation Day comes at a time when Covid-19 is having a major effect on all economic activities. Most international organisations suggest Africa will be affected less directly in both health and economic terms. But they also suggest the long-term economic effects are more pronounced in Africa than in other regions, in part because policy responses are more constrained.

Here four ODI experts examine what African manufacturing might look like after Covid-19 and which trade, finance and aid policies can help to support the recovery.

The Covid-19 crisis has put manufacturing production and jobs at risk. Many garments and other industrial jobs have disappeared. Yet we also know that manufacturing and increased value-addition plays a crucial role in a quality recovery from Covid-19. This is something we are currently exploring further in this project with the International Development Research Centre.

External parties can help to support African manufacturing through aid, finance and trade. Ethiopia has invested in developing industrial parks and industrial jobs, and sector knowledge and capabilities are at risk if this is not supported further, at least temporarily. Ethiopia and many low-income countries lack the financial resources for a sizeable stimulus, but donors could provide support for wage subsidies as this Ethiopian Jobs Protection Facility is proposing to support young and promising industries.

The G20 initiated the African Industrialisation Plan in 2016 but has not yet fully implemented it (PDF), and should now do more by providing more liquidity. For example, through supporting an increase in Special Drawing Rights (subscription required) with part of these resources reserved to supporting the private sector, our report (PDF) with the United Nations Economic Commission for Africa argues. Support for a liquidity and sustainability facility could help a green industrial recovery too.

Finally, it is important that external actors, including the European Union, United Kingdom and the United States, commit to undertaking deep trade and investment deals over time that are consistent with African integration efforts. In the meantime, trade barriers such as tariffs should not be increased towards Africa, especially after Brexit on 1 January 2021, or in any move to phase out the African Growth and Opportunity Act after 2025.

Notwithstanding the pandemic, industrialisation prospects in Africa remain quite positive. The impact of Covid-19 on value chains (VCs) differed depending on several factors. For example, whether the VCs are regional or global, whether production/distribution remained possible despite social distancing, and whether products were considered ‘essential’ or not by consumers, either in Africa or high-income markets.

Although the collapse of consumer markets in Europe and North America disrupted Ethiopian garment assembly factories, larger producers in Eswatini continued supplying South African retail chains. Fresh fruit and vegetables, as well as flowers, from East Africa to Europe were only briefly disrupted before Personal Protective Equipment (PPE) and other health measures were introduced in factories and idle passenger planes were converted for cargo use. But fresh food (‘essential’) bounced back much quicker than flowers (‘non-essential’).

Despite talk of resilience through shortening VCs post-crisis, Africa probably won’t be significantly affected by chain geographical restructuring. US and European buyer firms in garment VCs said they would continue sourcing from Ethiopia – the current conflict may change that. They planned to improve resilience by enhancing industrialisation, expanding garment assembly and starting production in Ethiopia of upstream inputs such as fabric.

Other global VCs – such as fresh produce, flowers and tourism – depend on location-bound natural resources in East Africa. Resilience is more likely to be addressed through technology, rather than through VCs with shorter or different geographies. For example, refrigeration systems can be improved to protect product quality as slower sea transport replaces air-shipping. Similar logistics improvements may be more difficult for less-profitable regional food VCs.

Automation in product assembly is unlikely to be widely introduced in Africa. But digital technology will accelerate processing and distribution of information, and support logistics and distribution in manufacturing and agro-processing VCs.

The African Continental Free Trade Area (AfCFTA) is a key component of Africa’s economic transformation and its industrialisation strategy. The implementation of Phase I, which will begin in 2021, and the current negotiations of Phase II (on investment, intellectual property rights and competition policy) will help to put in place the necessary conditions for the development of the industrial sector. Moreover, the AfCFTA will be critical in the economic recovery post-Covid-19.

The integration of African economies into the global economy is an important part of overcoming the structural barriers associated with many of the continent’s small markets. For this reason, trade is essential to reap productivity and efficiency in many industrial sectors. The AfCFTA has a crucial role to play in generating incentives for firms in different African countries. Through the AfCFTA, countries will be able to specialise their production, which is essential to achieve economies of scale. This will also allow them to complement each other by developing regional value chains in the manufacturing sector.

The forces that the AfCFTA may unleash must be supplemented with a wide range of general enabling and targeted trade policies. It remains essential that African economies avoid adopting generalised protectionist policies that could harm productivity and consumer welfare. Critical infrastructure, the development of the private sector and other determinants of trade competitiveness must also be encouraged. Moreover, Phase II of the AfCFTA will contribute to growing investment, something that Africa needs to boost industrialisation. The investment negotiations must be accompanied by other policies aimed to attract investment and support investors.

Manufacturing is an essential part of many of the national economic strategies in Africa because it offers increases in productivity, opportunities for trade and the creation of waged employment. But, even before the pandemic, private and public financing for the sector was well below what was needed to accelerate growth. Given the challenges to global value chains from the pandemic, this situation is likely to worsen.

Public policy should concentrate on the traditional solution of using development banks to accelerate growth. This could include bolstering the capital available to both regional and national development banks, and ring-fencing funds dedicated to manufacturing. It also means closer coordination between infrastructure investments and manufacturing needs – especially for transport networks and cheap and reliable power.

International financial institutions (IFIs) with a mandate to invest in the private sector need to bolster their engagement in manufacturing. Successful approaches have included ‘catalyst funds’ by the UK’s development finance institution – CDC Group – who are investing in agricultural processing and manufacturing in low-income countries (LICs). The African Development Bank are also supporting the development of agricultural processing in northern Nigeria through targeted investments in otherwise underfunded links in the value chain, such as storage and specialist trucks.

There is also an opportunity to support private finance, such as through private equity funds and sovereign wealth funds. Again, there have already been a number of success stories. For example, the Zambian agricultural industry has been bolstered by investments from private equity and special economic zones. Tanzania has also benefited from investment from sovereign wealth funds from the Middle East. Further support for such investments could be a key source of private capital for the sector during the Covid-19 recovery.