Causes of death among young people 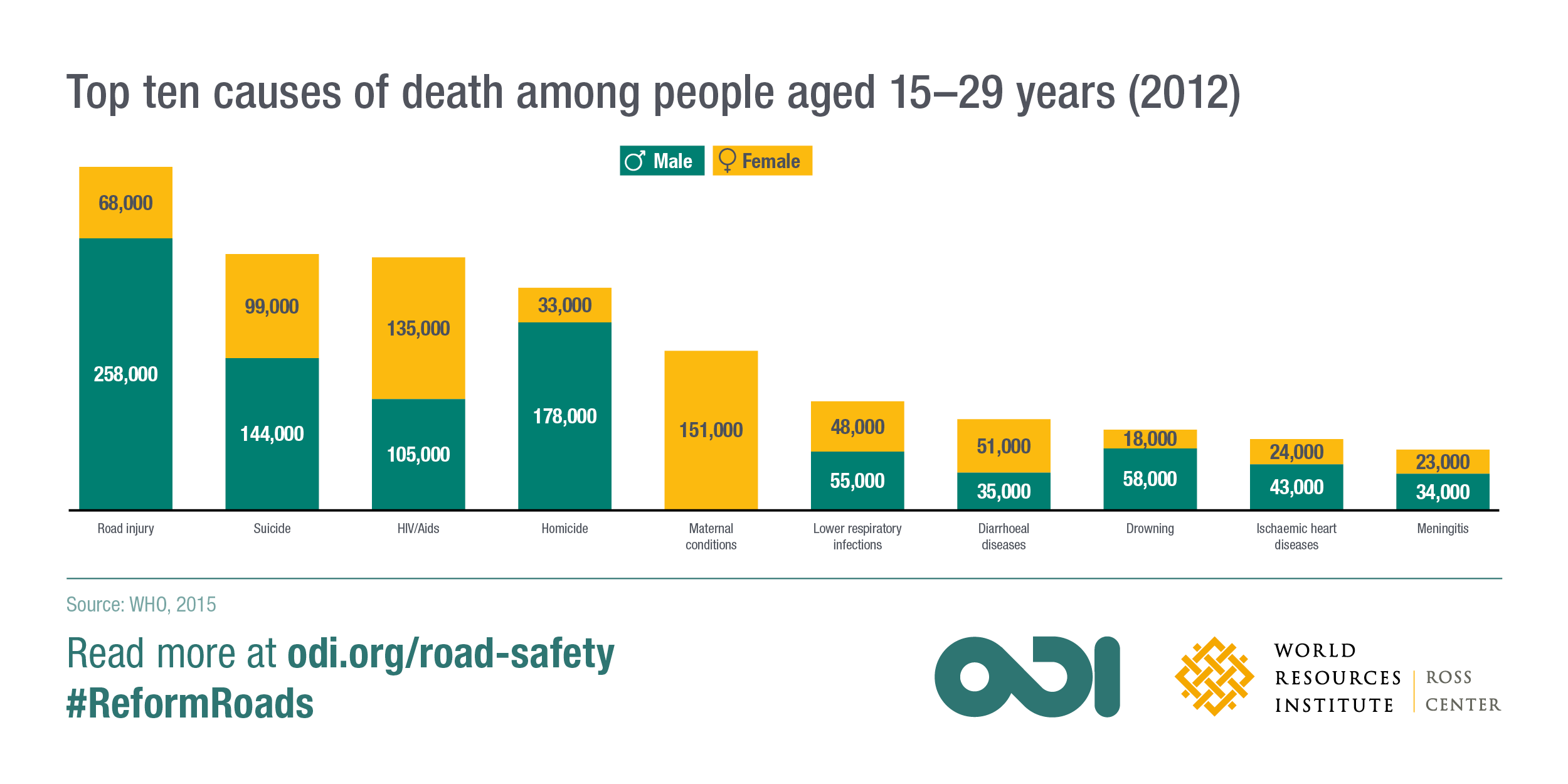 Traffic collisions constitute the leading cause of death among young people aged between 15 and 29 years. Globally, evidence suggests that people of working age (15 to 44 years), and particularly working-age males, are most likely to be killed or injured in road traffic collisions. 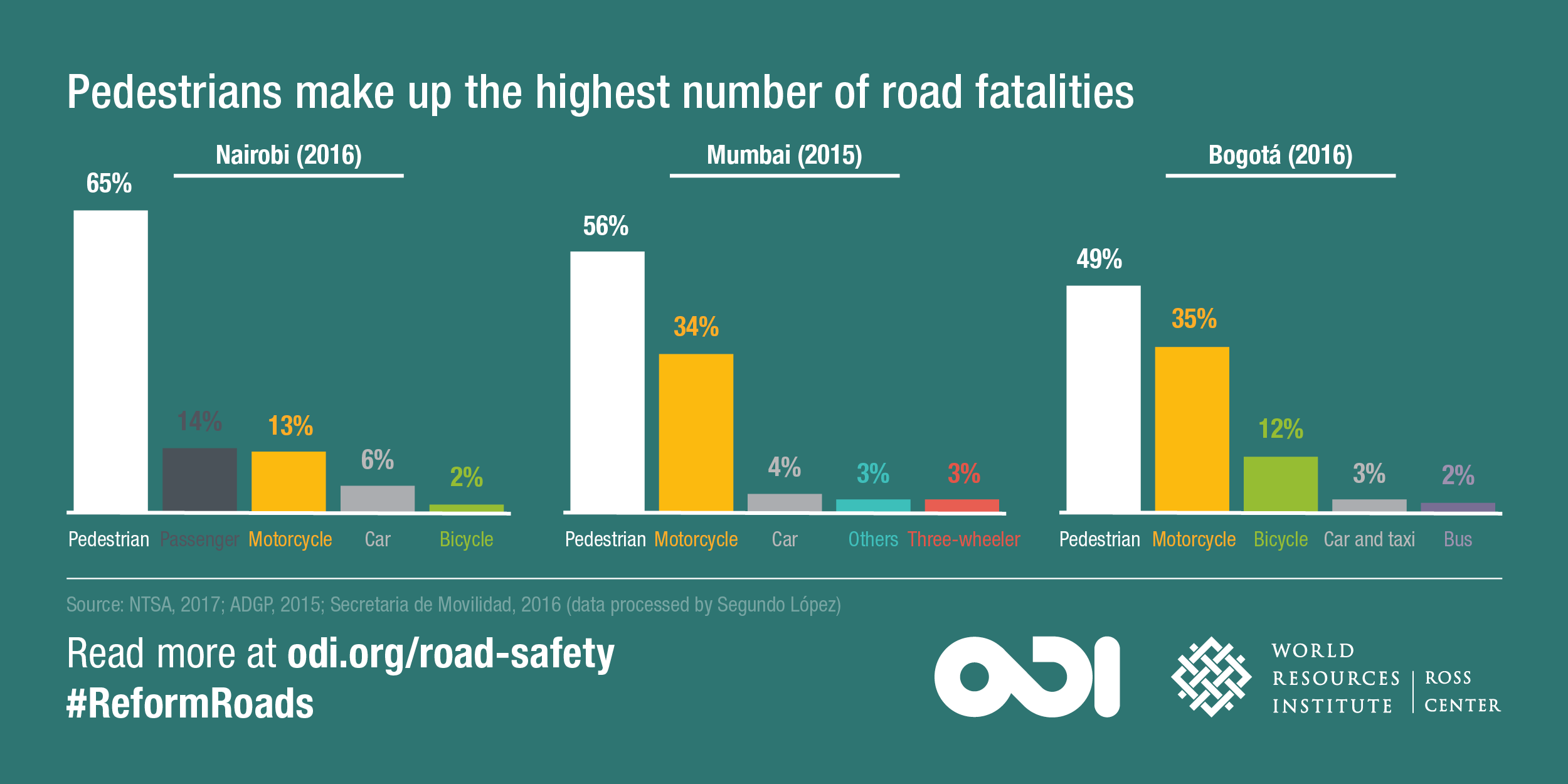 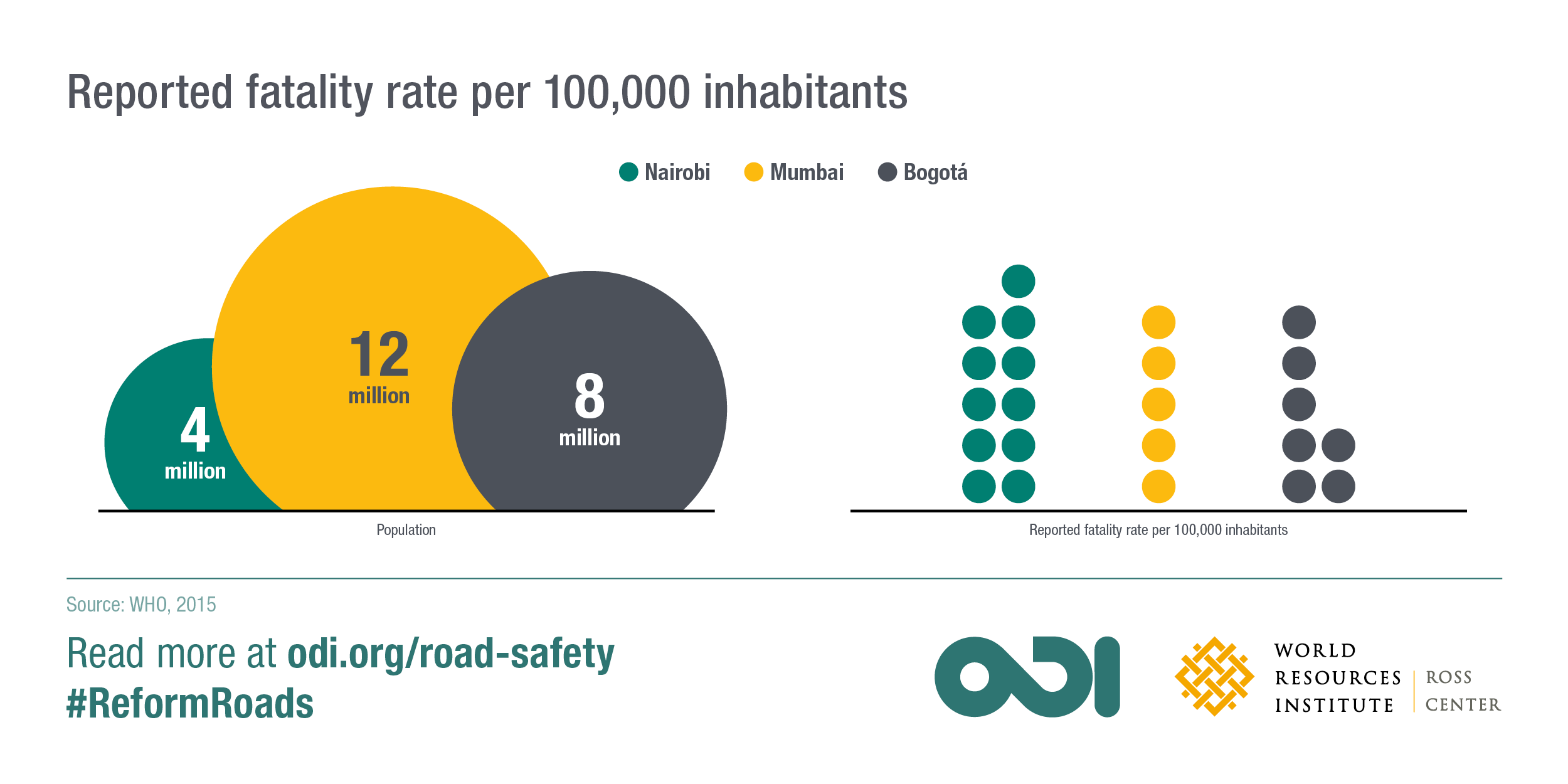 Around the world, road-related fatalities continue to increase and road traffic collisions continue to exact an enormous social and financial toll. We must understand what can be done to reverse these trends. 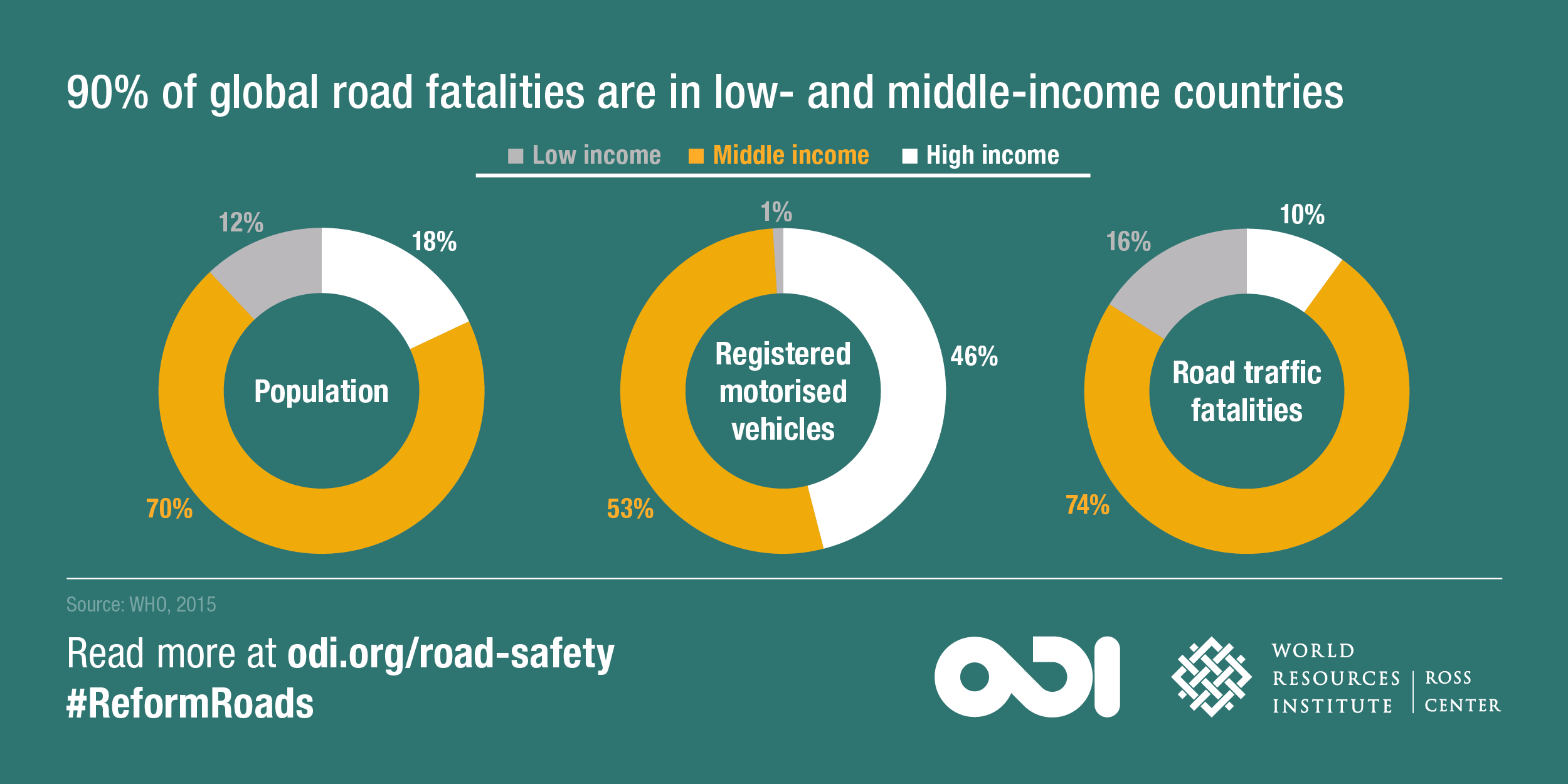 Rapidly urbanising low- and middle-income countries face a significant challenge adapting streets and regulations to protect road users. A disproportionately high number of fatalities, compared to both population and registered vehicles, occurs in low- and middle-income countries. Among the estimated 1.25 million annual road fatalities, 90% occur in these countries. And among these, 50% are vulnerable road users – pedestrians, motorcyclists and cyclists. 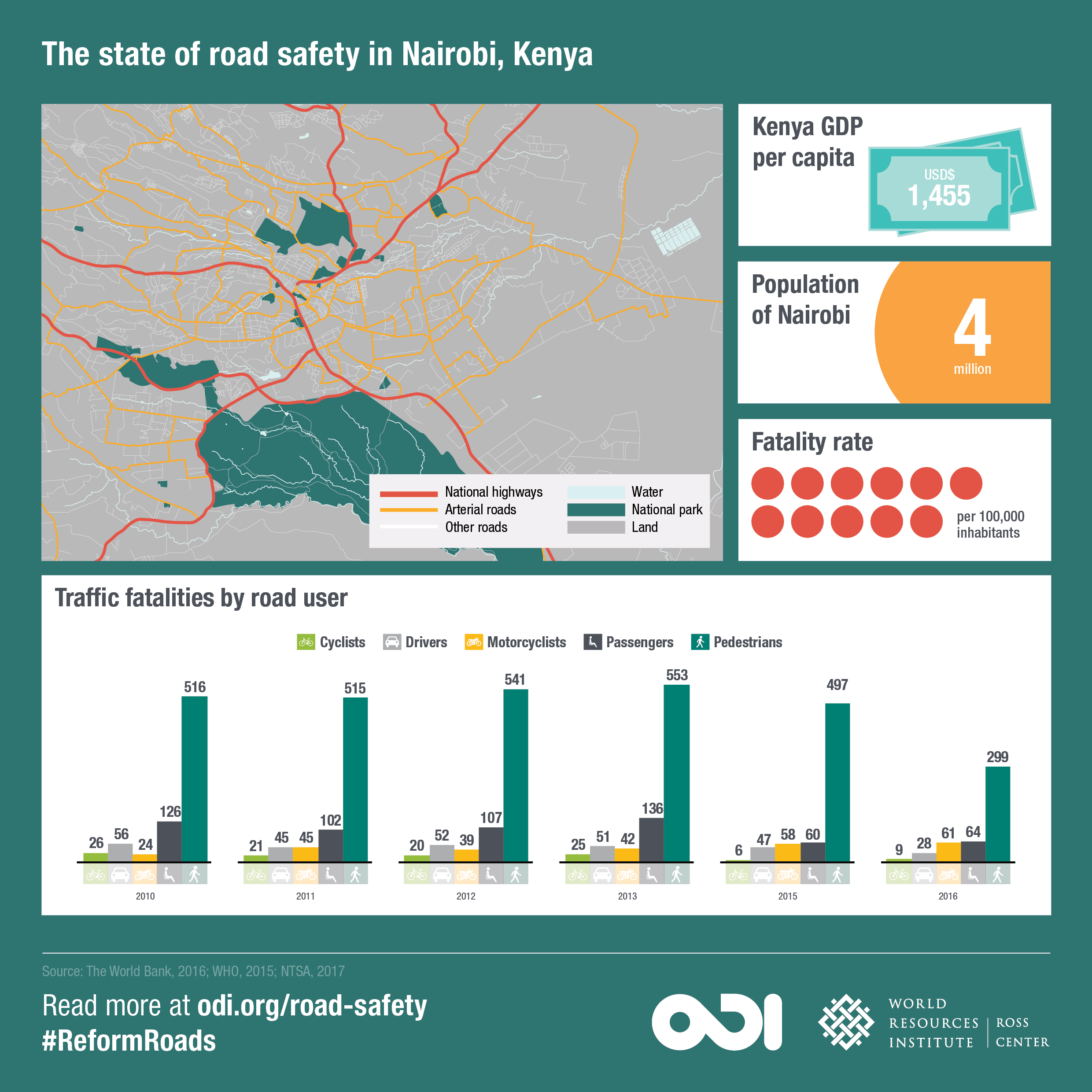 Nairobi is the capital of Kenya and the economic centre of the East Africa region. It has a population of 4 million people and a reported rate of 11 fatalities per 100,000 inhabitants. Vulnerable users make up more than 90% of fatalities. Data indicates that the most common road traffic collisions are between vehicles (often motorcycles) and pedestrians. 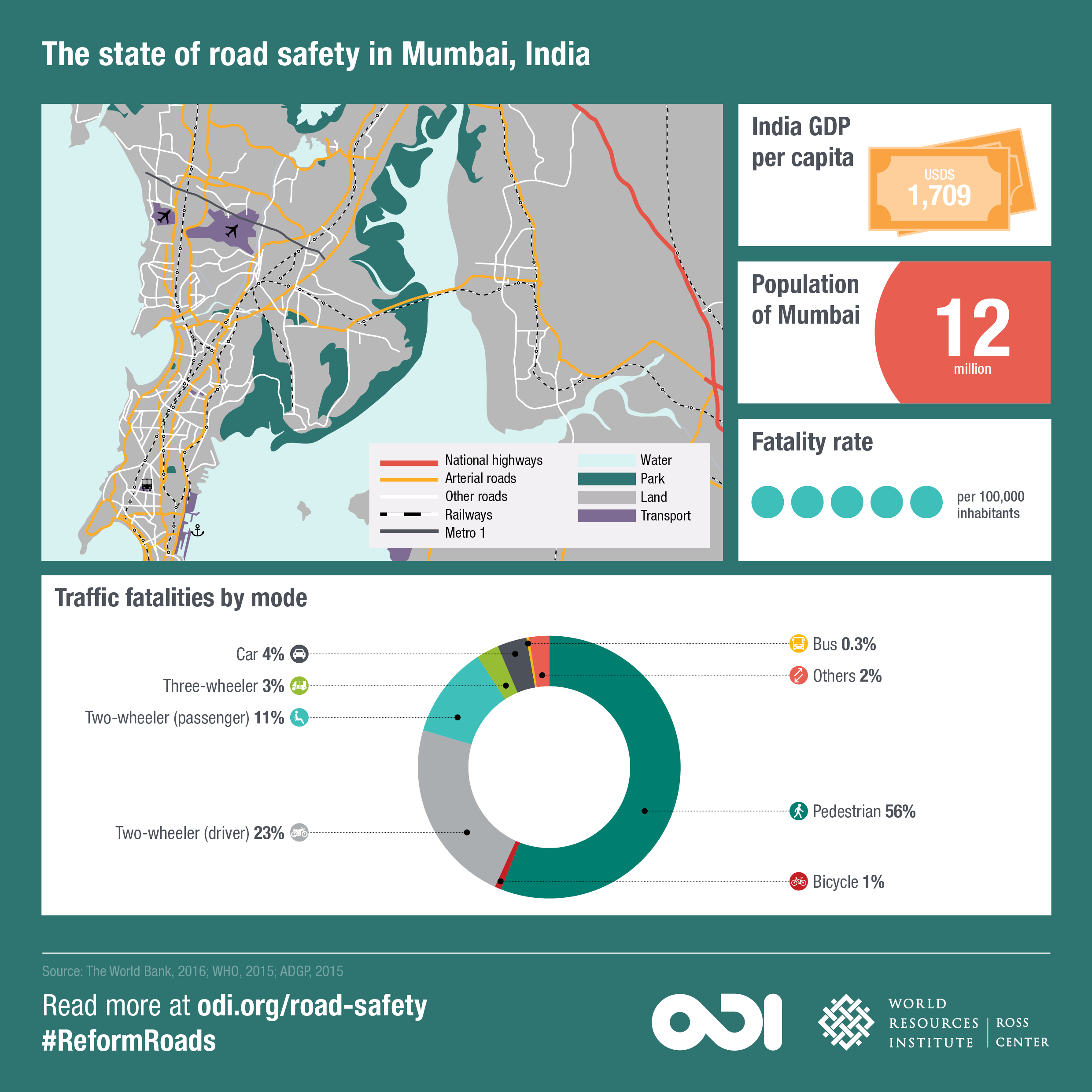 Mumbai is the commercial and financial centre of India, with a population of 12 million people. Mumbai is ranked seventh in India in terms of absolute number of fatalities. Although the rate of road traffic fatalities is relatively low at 4.9 per 100,000, this represents a considerable number of people. 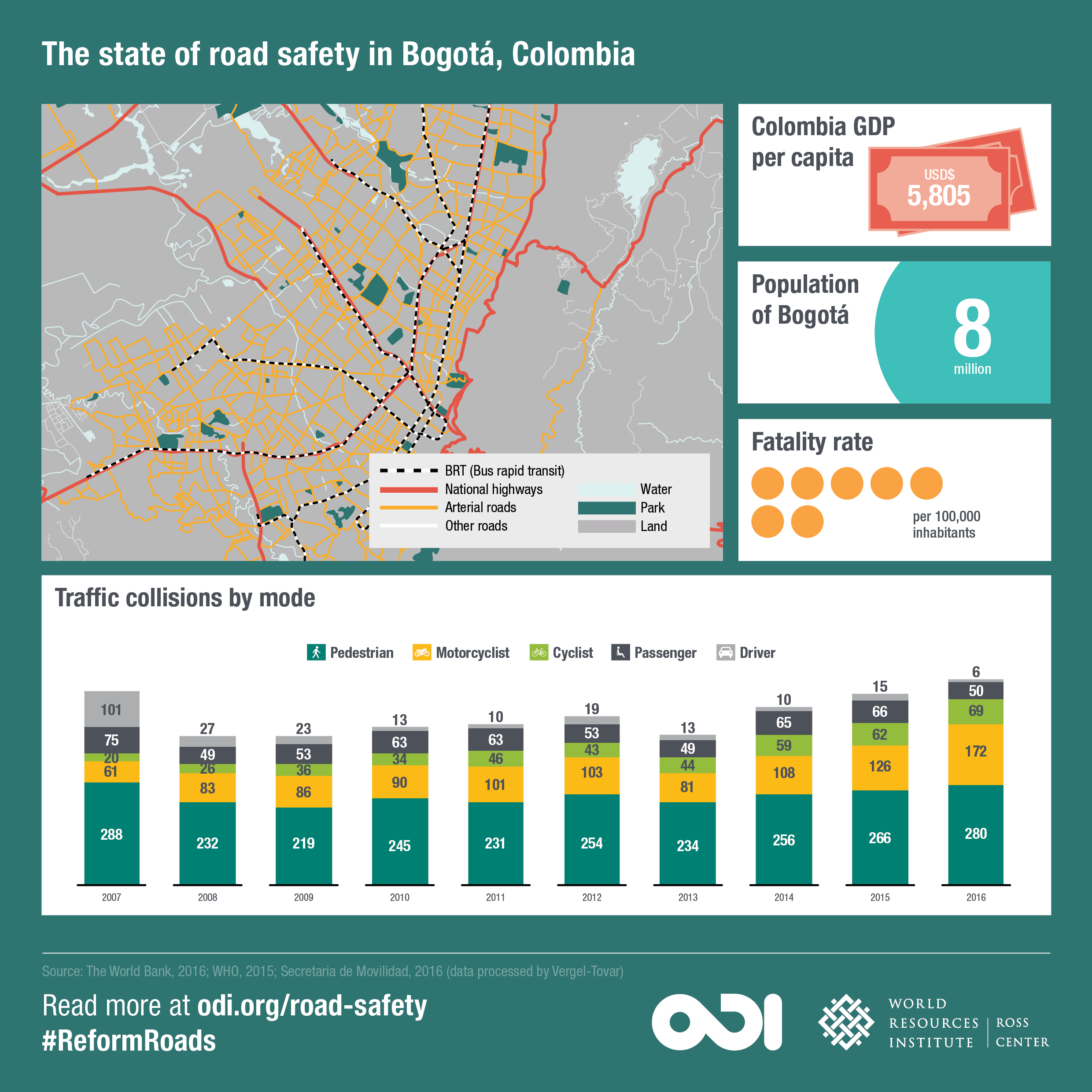 Bogotá is the capital and financial centre of Colombia with a population of 8 million people. Between 1996 and 2006, the city reduced its traffic fatality rate by more than 60%. Since then the fatality rate has plateaued – although the national rate has climbed. The rate of fatalities per 100,000 people remains high and the city has not managed to achieve a consistent downward trend in fatalities since 2006.