In the 10 years between 1996 and 2006, Bogotá reduced its road fatality rate by over 60% – from just over 22 fatalities per 100,000 people, to seven. While this rate remains high – and has plateaued – there are valuable lessons to be learned from this success. How did Bogotá manage to achieve this significant reduction so quickly?

Colombia’s capital and largest city is home to 8 million people who take 15 million trips a day. Most people walk, or take a bus – so many in fact, that despite its size, only 190,000 vehicles travel into the city each day.

Despite the overall reduction, pedestrians remain over represented in the fatality figures, consistently making up 50% of the total. Most are male (80%) and young – the highest risk group being comprised of those aged 20–30 years.

Road safety was made more politically salient in Bogotá when tied to a broader narrative about the value of human life and reducing violent fatalities.

Following a similar pattern to Nairobi and Mumbai, most of the severe crashes happen where infrastructure is less well-developed, in the south of the city. And once again, the problem of road safety is also one of equality.

The problem of road safety is also one of equality. 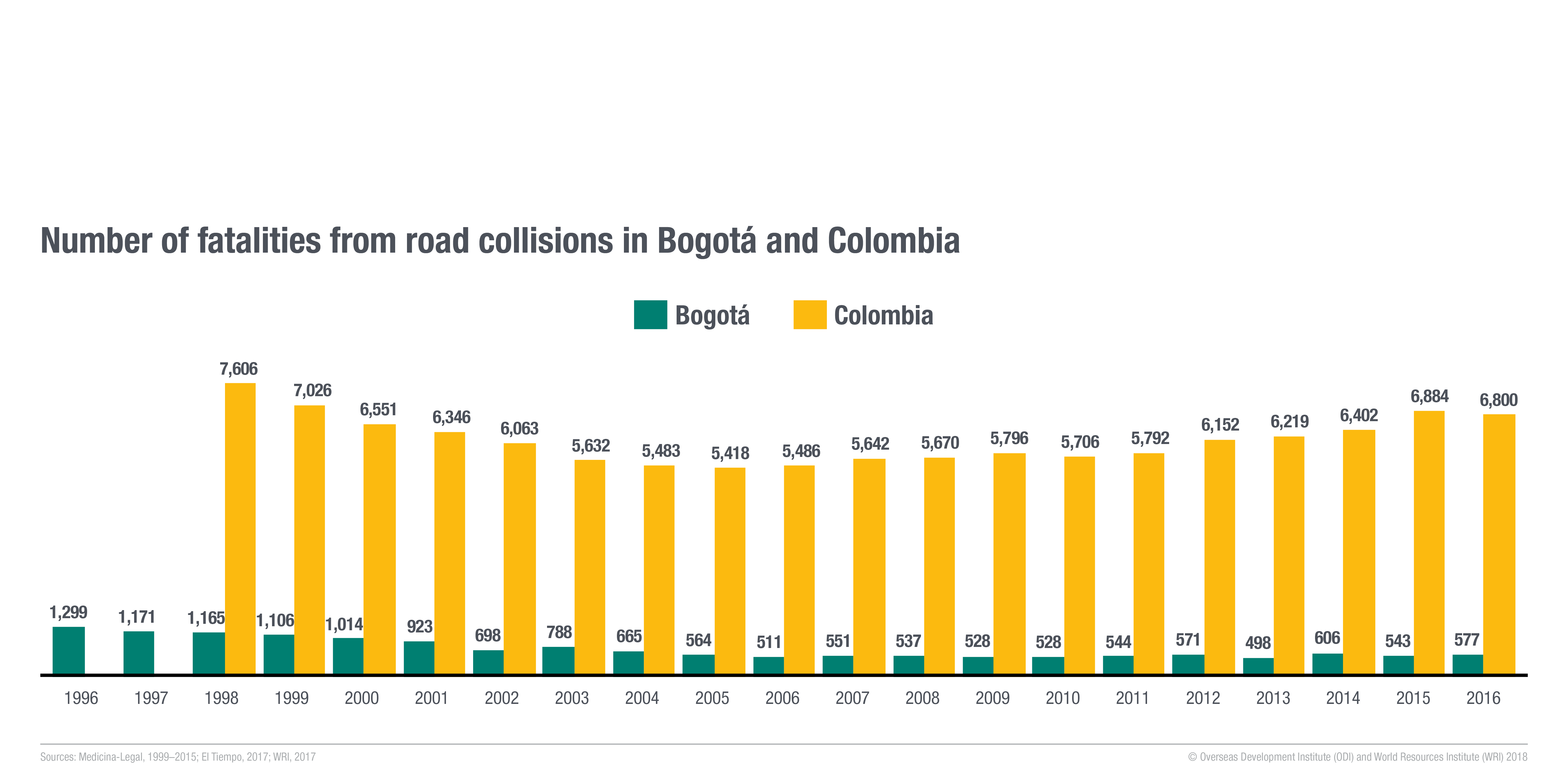 Reforms continued under Antanas Mockus. He developed a series of ‘life is sacred’ policies, aimed at changing the behaviour of people in public spaces. One of these policies encouraged citizens to use 350,000 ‘thumbs-up’ or ‘thumbs-down’ cards to approve or disapprove of the behaviour of others in public spaces and their adherence to road traffic rules.

Mockus worked to restore faith in public institutions. As part of his ‘Citizenship Culture’ policies, he employed mimes to direct traffic and, by mocking transgressors, encouraged citizens to follow the traffic rules. This social pressure mattered to people far more than paying fines to a corrupt police force and also encouraged people to expect safer behaviour from their fellow citizens. To further improve public expectations around safe road use, the city traffic police department was abolished and responsibility transferred to the better respected metropolitan police.

Bogotá's dramatic drop in traffic fatalities might be linked to constitutional changes that empowered directly elected mayors and gave greater autonomy to cities.

Actions based on visions related to institutional and fiscal responsibilities, public values and mobility all generated positive, if sometimes unintended, political action that had an impact on road safety. 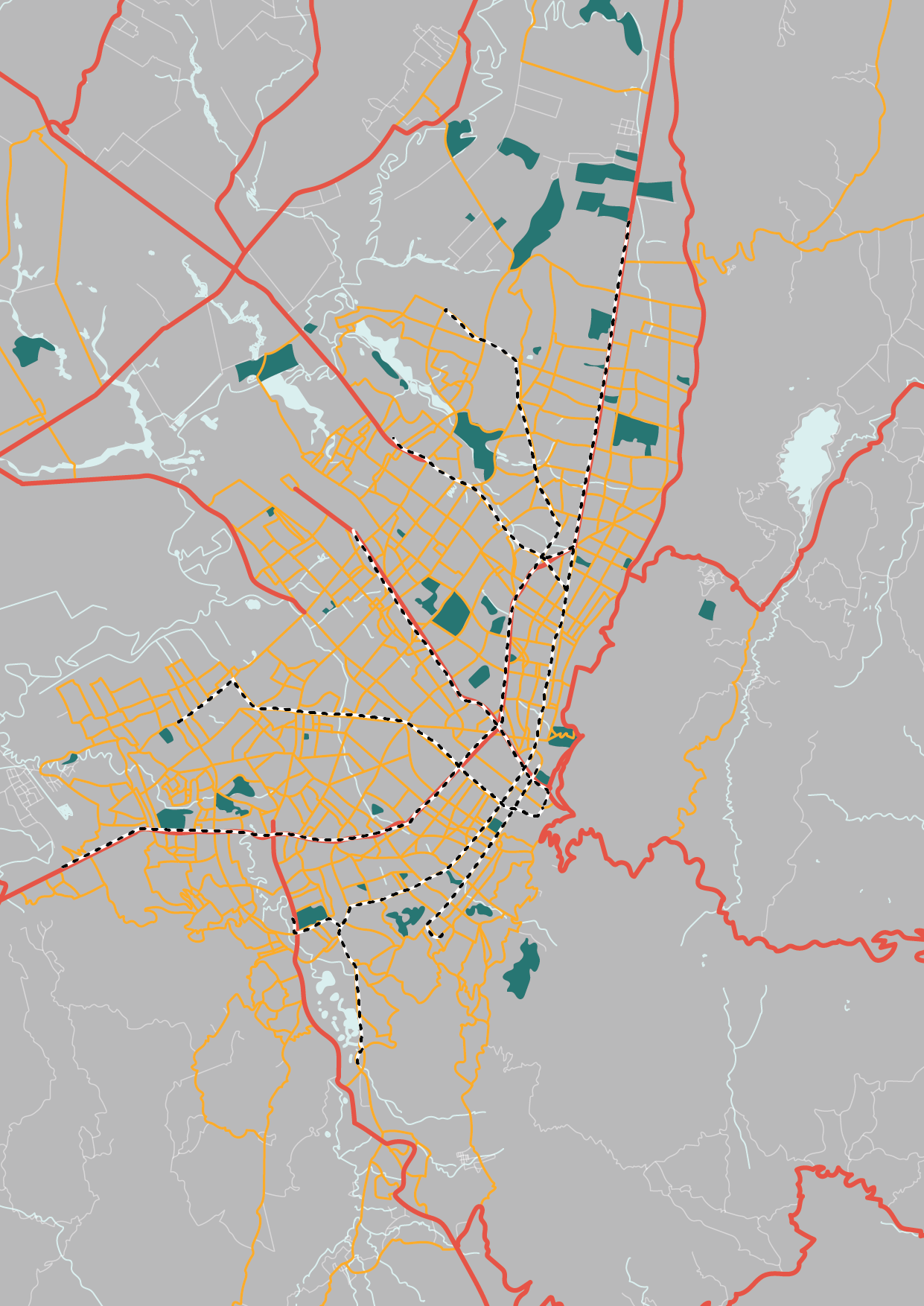 Mockus, and later mayors, also introduced new infrastructure plans – including dedicated lanes for cyclists and bus rapid transit (BRT). While these efforts didn't explicitly set out to reduce road fatalities, they had an impressive positive effect on their numbers. The reorganisation of the bus system decreased travel times, and reduced the danger of buses without proper bus stops weaving in and out of mixed traffic lanes. This increase in capacity and efficiency encouraged people who were previously sceptical of public transport to embrace the new system. In all of this, pedestrians were prioritised. Not only were they given priority on the roads, but facilities like footbridges were built to improve access to bus stations and ‘bigger than recommended’ crossings were constructed.

These changes reduced the number of collisions and fatalities, and saved the city $288 million.

Progress has plateaued and renewed efforts are needed to reduce the number of fatalities further. A significant step towards this was made in 2017 when Bogotá formalized a Vision Zero road safety plan to improve coordination and prioritisation of road safety improvements. Bogotá’s experience demonstrates that integrating road safety into different elements of public policy, institutions and infrastructure planning offers a powerful route to swift improvement. Doing this consistently across time and political administrations can unlock sustained progress.

In just 10 years (1996–2006) the city halved traffic fatalities. This was due to a combination of institutional and public transport reform, the reframing of road fatalities as a public health issue and investment in safe infrastructure. Fatality numbers have since plateaued. The city is seeking to catalyse further improvements through the application of a system-based approach to road safety. 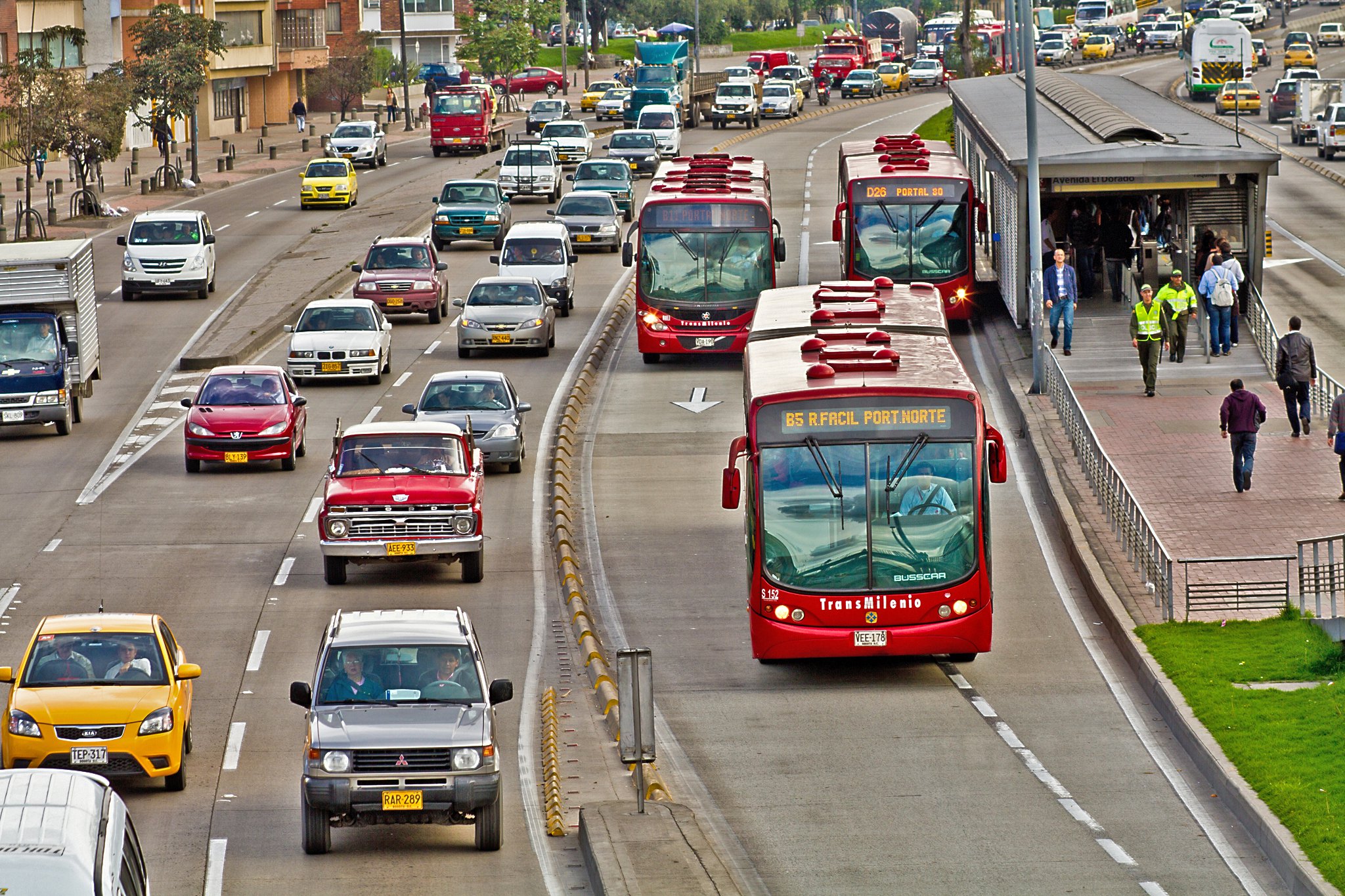